Home » Travel » Flights: Male passenger praised for ‘amazing’ action on a plane – what did he do? 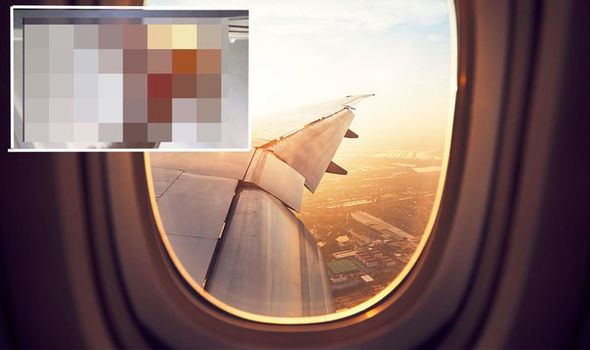 Flight meals – made and served up as the plane travels through the skies – often get a bad rap. Despite top chefs such as James Martin, who works for Thomas Cook Airlines, getting on board and creating flavoursome meals to be served during inbound and outbound journeys, the stigma remains. Express.co.uk recently reported how a special umami stuffed sandwich, perfect to cope with high altitude, was being served up at London Stansted. Yet this did not seem to appeal to one male passenger, who decided to take his own fast food to heat up and eat on board.

The male may have indulged in a pizza takeaway the night before, and had some left over, prompting his decision.

Yet appearing to shun the standard in-flight meal, he pulled out a huge slice of pizza.

While the cheese and tomato snack might be best tasting the day after cooking, it’s always good hot.

So in an attempt to add an extra warmth to the slice, he held it under the reading light one the plane. 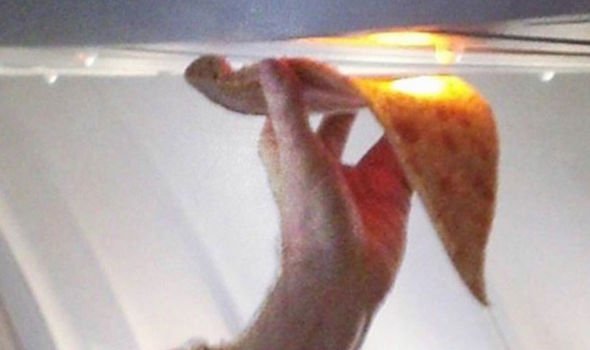 It was uploaded with the caption: “Me getting my menu together for the weekend like…”

One traveller was quick to show their appreciation for his actions, and wrote: “This person is amazing.”

Meanwhile one appeared completely baffled and simply put: “Who does that!?” 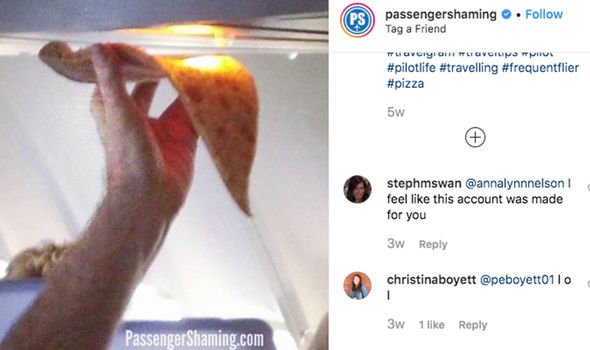 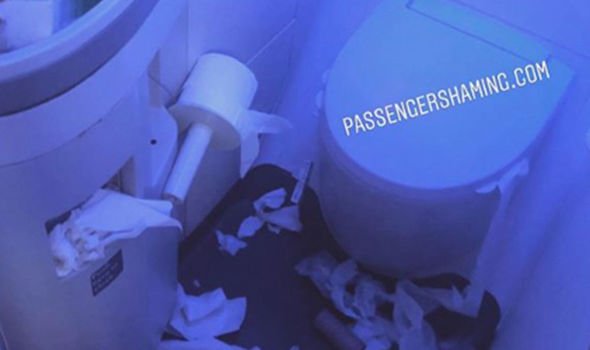 In a completely separate incident, a passenger’s behaviour in the on board bathroom came under scrutiny.

A certain amount of respect for both personal and communal space is expected while on board the aircraft.

Yet this tacit consent to keeping a plane relatively tidy was thrown out of the window during one particular journey.

A messy passenger appeared to have a toilet roll party in the relatively confined space of the on-board bathroom, throwing the pieces of tissue everywhere.

They also appeared to decide to stuff the bin with their litter, with drinks bottles and paper towels spotted poking out.

The disarray would have made it impossible for anyone else to use the loo for the rest of the journey.

If there were no other bathroom on board, this could have posed a significant problem.