Gatwick Airport is set to say goodbye to achingly long waits to board thanks to a brand new system. The London-based flight hub is trialling the new boarding method for two months, hoping to discover a way to get passengers into their seats in record time. It is thought that the new techniques will reduce boarding times by up to 10 per cent compared with current systems in place.

Utilising state-of-the-art technology, staff members will guide passengers on board in what they hope is a more relaxing process.

A digital screen is to be placed at Gate 101 of the North Terminal for the duration of the trial, which will help navigate travellers.

The new system will test out a range of seating sequences which are predicted to make embarking faster.

It is hoped that the new boarding will reduce the need for large groups of passengers to rush forward at any one time. 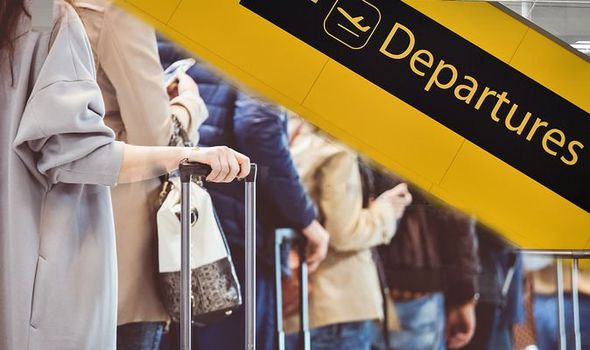 Initially being tested on the Airbus A320, which is made up of six seats per row, sequences will include seating passengers from the back row to the front.

Abhi Chacko, Head of Enabling Technologies and Digital Innovation, Gatwick Airport said: “We want to explore whether boarding by seat number will avoid queues in the gate room and when boarding the aircraft.

“Early indications are that this new technique has the potential to reduce the overall boarding time.

“By communicating to passengers better and boarding passengers by seat number, we also expect to make the whole boarding experience more relaxing and, potentially, prevent large numbers of passengers rushing forward at any stage.”

Gatwick authorities have also said that they hope to combine both learnings from the trial with feedback from passengers to determine whether the concept should be employed full time.

However, the airport has already received some backlash from passengers who aren’t too sure if the idea will work. 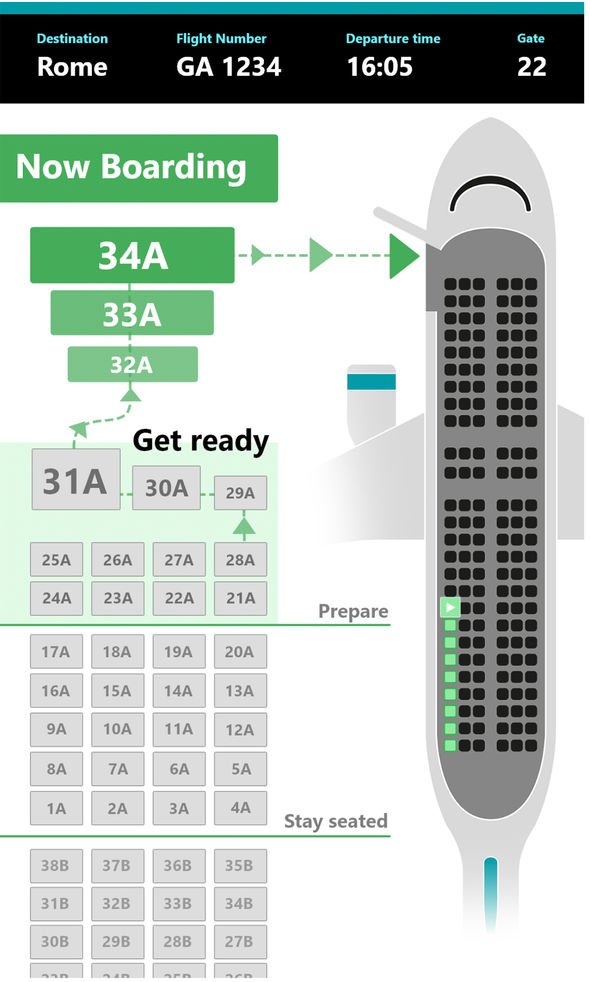 One traveller named Dominic took to twitter to raise a concern about parents flying with children through the airport.

He said: “So @Gatwick_Airport are going to make children board the aircraft separately from their parents? That raises some serious child protection issues.:

The airport responded to his concern explaining that “Passengers who have booked priority boarding – or those who require special assistance or are travelling with young families – will still board first during the trial.

“We would never expect young children to board alone.” 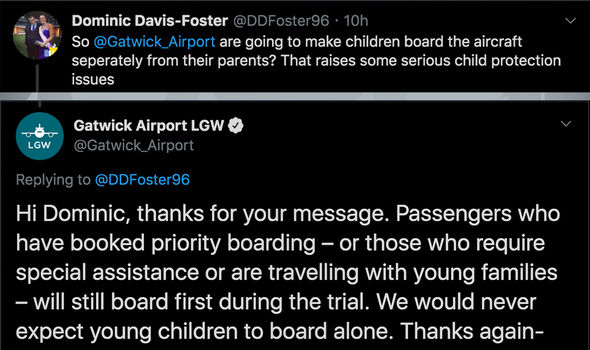 British air carrier easyJet is the first airline to be involved in the trial.

A spokesperson for the airline said: “We continually look at different technologies and innovations which could make customer journeys easier.

“Gatwick is our largest base and they approached us about commencing a boarding trial. A small number of easyJet flights that use Gate 101 are taking part in the trial initially.

“This isn’t something we are looking to implement across our network but will work with Gatwick to study the results of their trial when it closes.”

Kate Middleton Books Herself Two Airplane Seats Instead of One

Cayman Islands to welcome a cruise ship — with conditions