Air travel can be the most efficient method of getting from A to B for passengers. That is, of course, unless you find yourself faced with delays.

Luckily, research has revealed the airlines in Europe which were the most punctual in 2019.

A study from travel experts at Cirium looked at flights across the continent and found the top 10 which performed the best when it came to getting passengers to their destination on time.

The airline which takes the crown as the punctual is Russian air carrier Aeroflot.

The airline saw 86.82 percent of its flights landing according to schedule.

It was followed closely by Spanish carrier Iberia and Russian airline S7 Airlines which both had a score of 84 percent. 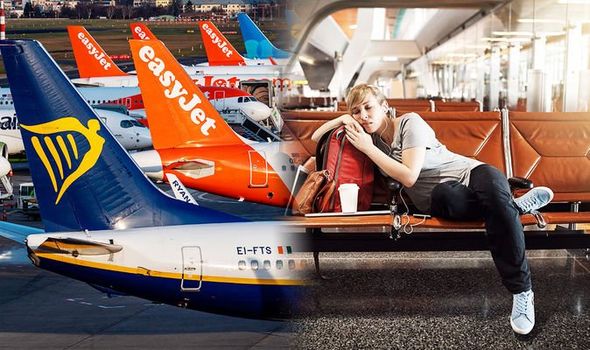 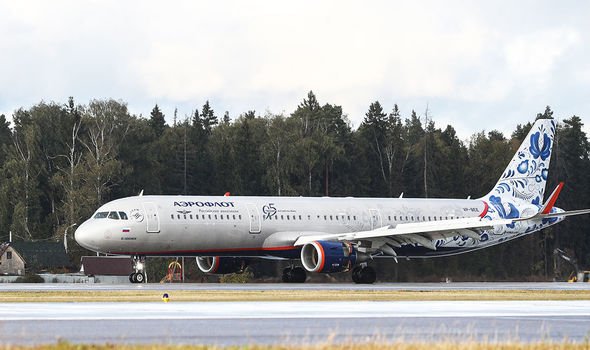 All of the airlines had a punctuality rating of 79 percent or higher.

“When choosing who to fly with, savvy travellers also now consider airline punctuality and operational reliability.

“We believe Cirium’s On-Time Performance Review 2019 will inspire airlines and airports to continue innovating to improve their performance.”

Disappointingly, though, no UK airline made it onto the list.

That means the likes of Ryanair and easyJet faced more delays.

Though Ryanair has yet to publish its 2019 punctuality report, according to the company website: “Ryanair measures its punctuality through industry standards, whereby any flight that arrives on or within 15 minutes of its scheduled arrival time is deemed to be ‘on time’.

“In FY17, Ryanair operated over 600,000 flights and 88 percent of those flights arrived on-time. Ryanair also cancels fewer flights than any other airline.” 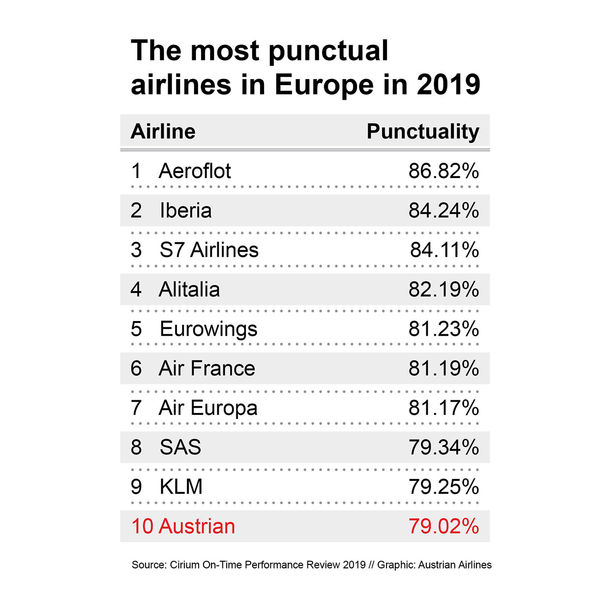 The airline goes on to suggest that it “continues to beat EasyJet (and every other airline in Europe) for punctuality.”

Meanwhile, in a separate study by travel experts at OAG, easyJet made it to the top 20 for global airlines which achieved their on-time performance (OTP).

OAG’s definition of OTP is a flight that arrives or departs within 14 minutes and 59 seconds (under 15 minutes) of its scheduled arrival/ departure time. 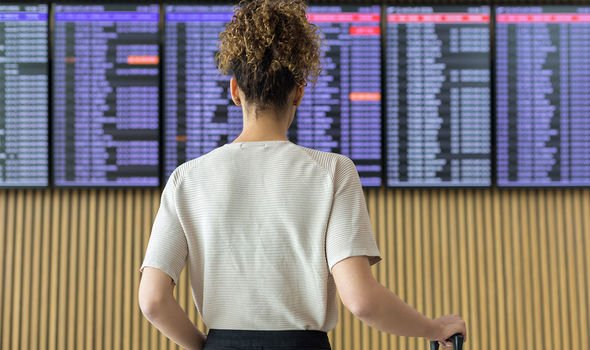 What happens if your flight is delayed?

Flight delays can happen for all kinds of reason.

In some instances, it is the airline’s fault, although largely delays are unavoidable.

Anything from bad weather to airport schedules can keep flights from taking off on time.

According to EU law, there are some instances where you can claim compensation if your flight is eased or cancelled.

Citizens Advice explains: “If your flight’s delayed for long enough, your airline has to give you food and drink, access to phone calls and emails, accommodation if you’re delayed overnight – and journeys between the airport and the hotel

“How long the delay has to depend on the distance of the flight and the countries it’s flying between.”

Nobody puts Virginia Tourism in the corner ·