Passengers have been left “devastated” after British airline easyJet have pulled flights between the UK and Italy. An estimated 5,000 passengers have now been left with cancelled plans. The move comes in response to a national strike scheduled for Friday. However, Britons across the nation due to jet off on half-term holidays tomorrow, passengers have turned to Twitter to vent their frustration about their “ruined” holidays.

Italian airlines, including Aitalia, are set to be affected with pilots and cabin crew walk outing around midnight.

However individual airports may also be affected by ground staff partaking in the industrial action.

In response, easyJet was forced to cancel 32 flights to the country.

An easyJet spokesperson told Express.co.uk: “easyJet has been advised of an Air Traffic Control and ground handling agents strike in Italian airports on Friday 25 October. Like other airlines flying to and from Italy, easyJet expects an impact on its operations.

“Affected customers have been notified by e-mail and SMS and will be able to change their flight free of charge or receive a refund. We advise customers to make any amendments to their booking on easyJet.com/ manage bookings.

“We recommend to all customers flying to or from Italy on Friday 25 October to allow extra time to get to the airport and check the status of their flight on easyJet.com and Flight Tracker for live updates.

“Although this is outside of our control we would like to apologise to customers for any inconvenience and would like to assure them that we are doing all possible to minimise any disruption as a result of the industrial action.” 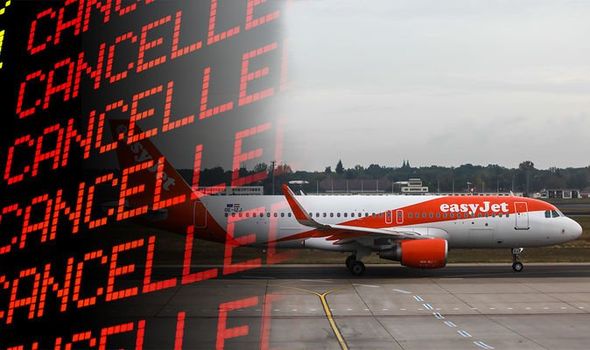 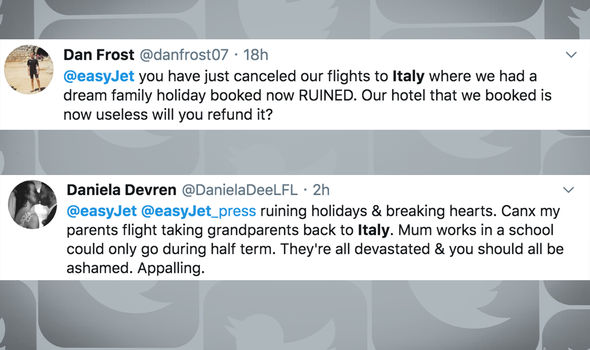 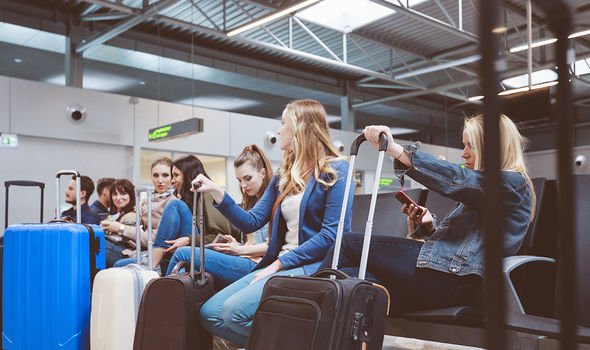 Despite this disgruntled customers have flocked to Twitter to share their frustration, with some signalling they have been left without adequate answers.

One user contacted the orange-tipped carrier saying: “You have just cancelled our flights to Italy where we had a dream family holiday booked now RUINED. Our hotel that we booked is now useless will you refund it?” (SIC)

Another shared their “heartbreak” about a broken family vacation. The woman named Daniela wrote: “@easyJet ruining holidays & breaking hearts. Canx my parent’s flight taking grandparents back to Italy. Mum works in a school could only go during half term. They’re all devastated & you should be ashamed. Appalling.” (SIC)

However, the airline did share its apologies for the cancellation explaining: “We do try to avoid cancellations where possible.”

So, what does this mean for passengers due to travel?

Under European air passengers’ rights rules, spelt out by the Civil Aviation Authority (CAA), airlines must provide a suitable alternative flight on the same day or buy tickets with another airline if they cancel flights.

Although many instances will see passengers issued with a refund, under the EU law if the strike is unconnected to the airline no compensation is payable. However, after a delay of more than three hours there is a duty of care to provide meals, and if necessary, accommodation.

He explained: “If your flight is cancelled, you’re entitled to the choice of a refund or a replacement flight – and that applies whether it’s the airline’s fault or not.

“Be aware that airlines sometimes offer vouchers, but you don’t have to accept these – you can formally say you want cash instead.”

This Month Will Bring 2020's Biggest Meteor Shower, a Solar Eclipse, and the Best 'Kissing Planets' in 794 Years

Will I need a visa for France after Brexit deal?