Home » Travel » Flights: BA customers still waiting on flight refunds – when will they get their money?

British Airways customers who were left with cancelled flights during the September pilot strike could still be without their money. Meanwhile, passengers who are waiting on their compensation have spoke out about unhelpful customer service and a slow response from the British carrier.

Even once a second round of strike action was cancelled, the airline still moved forward with further flight cancellations.

Though passengers have been assured they will receive a refund for their missing journeys, it seems the large number of claims are taking the airline a while to sift through.

Members of the British Airline Pilots’ Association (BALPA) pushed forward with one round of strike action at the end of the summer season. 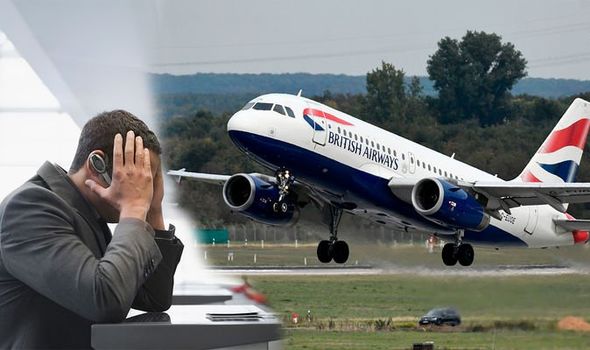 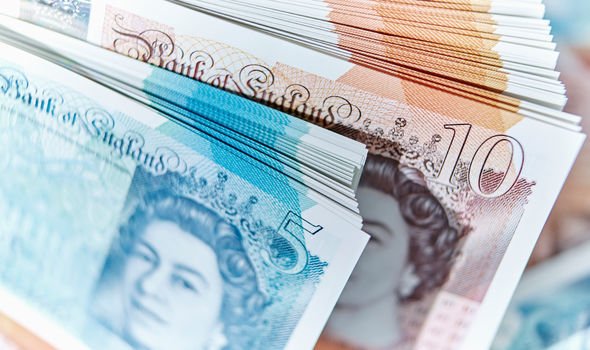 It is thought that the strike cost the airline around £120 million.

BA was forced to book stranded passengers on flights to get them home and offer compensation repayments.

Rob Burgess, editor of frequent flyer website headforpoints.com said: “I am willing to give BA the benefit of the doubt over the timing here.

“With one million passengers per week, the number of refunds to be processed is clearly huge, and far beyond the relatively modest number, they would process on an average day.

“BA is not helping itself by treating passengers differently, however.

“It was only after my website intervened that it agreed to award Avios and tier points to passengers whose flights did not depart.

“Even now, it is refusing to award the lost Avios and tier points to passengers who agreed to take a refund and rebooked themselves – only passengers who BA rebooked will get those.

“This makes little sense, given how unwilling BA was to reroute passengers initially until the CAA stepped in.”

However, British Airways have said that although some customers are still battling through the claims process, the number of active cases is not nearly as high as Rob implies.

A British Airways spokesperson added: “We’re sorry our response times haven’t been as quick as they usually are.

“Our dedicated teams are working hard to respond to affected customers as quickly as possible, and have already handled the majority of cases in relation to the strike.”

Meanwhile, a BA customer who was travelling to Greece on business has shared her story, complaining of slow service and an unsatisfactory response. 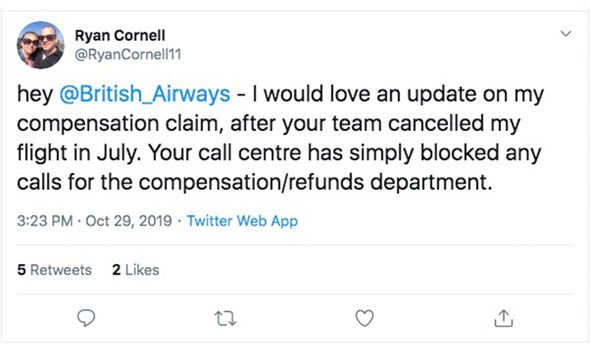 Melissa Tongue was about to set off for Mykonos, where she was working as a model, when her return flight was cancelled.

She explained: “There was no strike at the time of booking.

“A few weeks before some strike warnings came up, but our date was the last strike date and our flight was going ahead.

“The flight out was fine, but then the return flight got cancelled a week before our trip.”

Although she was fine for accommodation, the model has complained of an added expense for an additional day away from home, as well as having to cancel work.

“I put in a claim beginning of September and have heard nothing.

“I have contacted them twice and all I get is an automated message saying someone will be in touch.”

She added: “Each time I call I just get hung up on.

“If they didn’t run most flights from my nearest airport, then I would never use them again.” 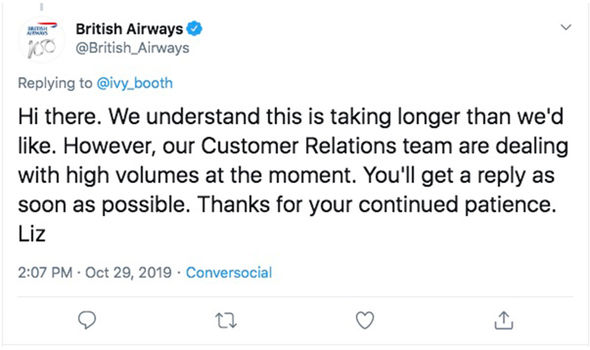 On Twitter, the British flight operator told customers: Our Customer Relations team are dealing with high volumes at the moment.

“You’ll get a reply as soon as possible.”

A BA spokesperson says that the airline has taken on extra staff to deal with the number of complaints.

Another passenger has complained that the pilot strike has meant he has been waiting since June for a compensation claim that was unrelated to the incident.

Ryan Cornell said he was still waiting on a claim from before the strikes.

He wrote: “Hey British Airways, I would love an update on my compensation claim, after your team cancelled my flight in July.

“Your call centre has simply blocked any calls for the compensation and refunds department.”

Brits consume over two kilos of cheese each on ski holidays

Crystal Cruises to Explore 219 Destinations In 83 Countries In 2022