Home » Travel » Flights: Avoid travelling on this day of the week to ‘save hundreds’

Travelling by plane is one of the most popular methods of transport for people around the globe. Many airlines work on a supply and demand basis meaning that the more sought after a flight is, the most expensive the ticket becomes.

Meanwhile, may budget airlines are subsidising their cheap ticket prices with an array of additional costs that leave passengers out of pocket. It’s no wonder then that many travellers are on the hunt for more ways to save.

Luckily, research courtesy of Holiday Hypermarket has revealed that passengers can cut costs by opting to travel on certain days of the week – and avoiding others.

The specialists looked into departures from London airports over the winter months and found that costs can be cut considerably by changing the date of transit. 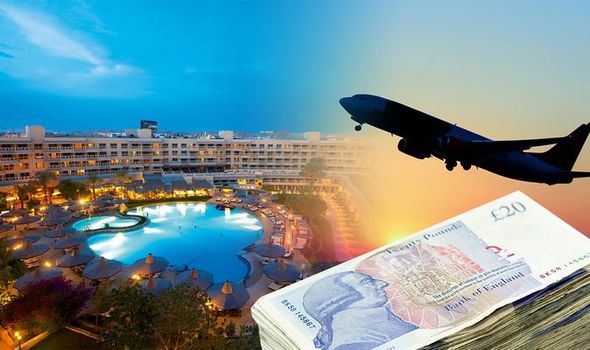 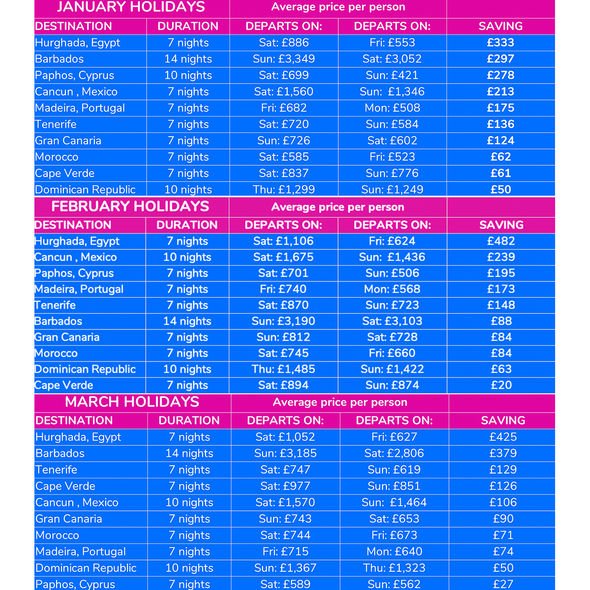 The firm found that weekend departures on a Friday or Sunday could save travellers “hundreds” when compared with a Saturday.

Ian Crawford of Holiday Hypermarket says: “We analysed holiday prices from all of the leading operators and it’s clear to see that if you can move your travel plans by just a few hours, couples and families can save hundreds of pounds on their holiday.”

The firm based their research on the cost of an all-inclusive holiday for two at a four-star hotel for the stated duration.

Some of the holiday destinations they included in the research were Egypt, Cyprus, Portugal and Gran Canaria.

According to the findings holidays to Hurghada, Egypt, are up to £480 per person cheaper when flying on a Friday, compared to setting off on a Saturday.

Meanwhile a week-long sunshine break in Tenerife in January costs, on average, £584pp for Sunday departures compared to £720 for Saturday send-offs, a difference of £136.

In February, Tenerife’s Sunday starts save £148pp, and in March it’s £129pp on average.

Cyprus, Portugal and Gran Canaria are other short-haul winter-sun destinations with significant discounts depending on the day of departure. 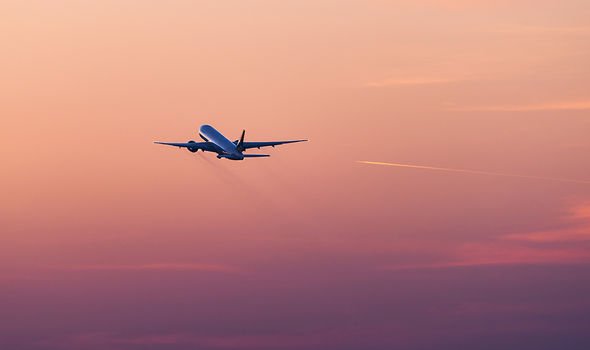 According to Holiday Hypermarket, on average, couples save £167pp for starting their 4* all-inclusive winter-sun holiday in Cyprus on a Sunday rather than a Saturday.

In Gran Canaria, Saturday departures actually work out best, with an average saving of £99 over their Sunday alternative.

For Madeira, Portugal, getaways starting on a Monday are around £141pp cheaper than Friday starts.

The budget-friendly trend doesn’t change for long-haul winter-sun destinations either.

The research also revealed that a 10-night all-inclusive January getaway in Mexico is, on average, £213 per person less for departures on Sundays compared to holidays starting the day before. 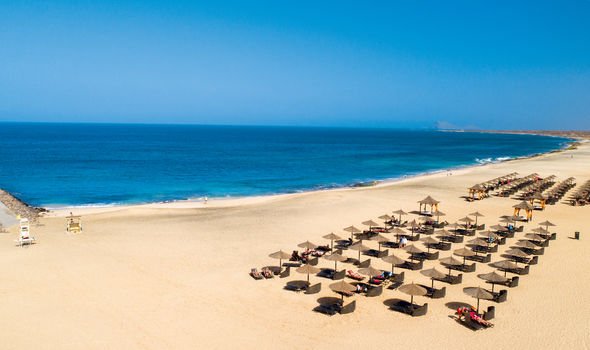 In February, holidays to Mexico that start on Sundays are around £239pp cheaper than Saturdays, and in March the saving is £106.

“The choice of hotels will usually change between departure days but travellers can still choose accommodation at the same grade, so they need to be flexible about where they stay to get the benefit of this hack,” added Ian.

“For many destinations, it’s clear that if you swap your Saturday flight you can save enough money for a room upgrade, posh meal or fancy excursion instead.”

International Inbound Travel to US Expected to Decrease

Extended into 2021: Up to 25% rebate on Hyatt award stays, free parking and more