Home » Travel » Flight secrets: Flight attendant reveals the dirtiest places on board a plane to avoid 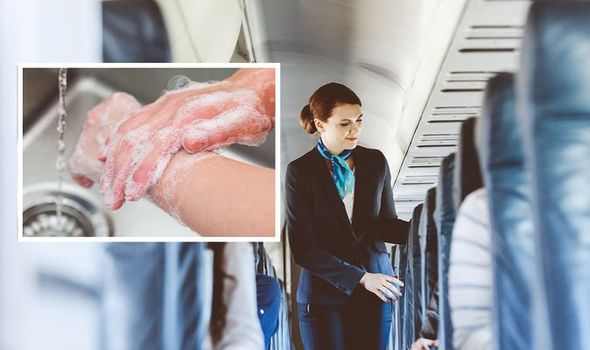 Flying by plane comes with all kinds of perks, along with faster journey times passengers can also enjoy increased comfort, meals and even in-flight entertainment, perhaps why it even the journey becomes part of many peoples holidays. But that could all change following a revelation from a flight attended which has shed some light on a grimier side of travel that will make you shudder. The anonymous cabin crew member gave an insight into some of the dirtiest spots onboard a plane, and it turns out it isn’t just the toilets that you should be wary of. In fact, she even reveals finding a toe nail in a very unexpected spot.

Working a mixture of long and short haul flights for the previous six years, the flight attendant opens up about witnessing many weird and wonderful things mid-flight.

Positing to a Flight Attendant Secrets forum on the social platform Reddit, the flight attendant reveals that some of the areas most rife in germs are also the ones passengers spend most of their time in.

Among some of the filthiest areas on the plane, the staff member lists the toilet floor, tray table and the area surrounding the seats.

“A lot of airlines will have the crew ‘turnaround’ the plane meaning they pick up your rubbish, fold your seatbelt over, file your magazines in the seat pocket and then welcome new passengers on board.

“I have lost count of the amount of times I have had to tell people how disgusting it is to change their baby on the tray table or in a seat.”

Meanwhile, she also suggests wearing shoes when going to the toilet at all times, adding: “I promise you, 9 times out of 10, that is not water on the floor.” 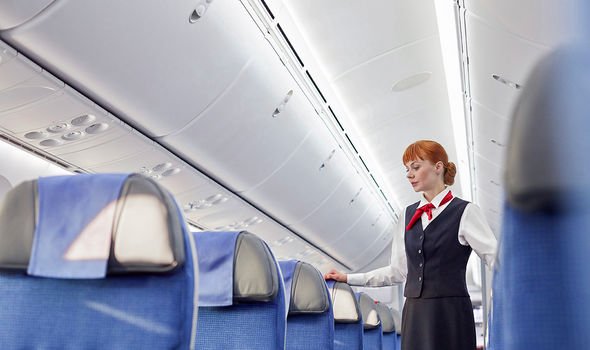 While the listed areas might be common knowledge, it is the seat pocket that the crew member states is one of the horrible hot spots, home to some seriously nasty findings.

She continues: “I ALWAYS recommend you never, ever, ever, EVER use or put anything in the seat pocket. They are cleared of rubbish but are never ‘cleaned’.

“Dirty tissues, sick bags, knickers, socks, peoples feet, gum, half sucked sweets, apple cores… and then next flight you go and put your phone/laptop/iPad in there.”

If you think dirty tissues and left over gum are disgusting, you could also be faced with more shocking, physical remnants of the passenger before you.

“Finger and toe nails. Just… I don’t know why.” 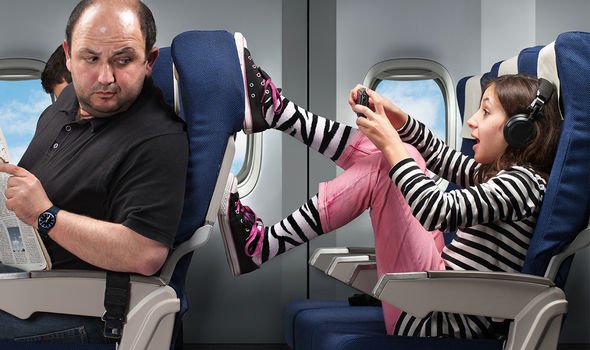 This icky insight isn’t the first time a cabin crew member has let passengers in on some secrets of the skies.

While it may seem they are simply there to greet you and show you to your seat, air cabin crew are actually looking for something in particular when as they welcome you on board.

Ex BA flight attendant Simon J Marton explained in his book Journey of a Reluctant Air Steward what crew are doing when they first lay eyes on passengers.

Apparently crew hope to suss out which travellers that could prove helpful in an emergency, as well as the ones who could potentially cause trouble and prove a problem.

“When we greet you, it’s both a welcome and an analysis of several things,” wrote Marton.

He points out that staff tend to look for: “Your boarding pass certainly for several reasons, your physique/travel status (if a sole traveller, could we use you as an ABP – able-bodied person – in case of evacuation?), but also your character and anything that might suggest trouble.”

Marton continued: “Rudeness is picked up on immediately, and any signs of a bad attitude, aggression or even danger are flagged mentally at that point.

“The commander is informed in the flight deck pre-departure of anything – no matter how slight – that could threaten the safety of the flight.