Home » Travel » Flight secrets: Cabin crew member reveals one thing you should not do while on a plane

Flight attendants have the responsibility of looking after passengers while in the air and they deal with all sorts of fliers. If there is one thing that passengers should adhere to then onboard an aircraft, it’s the cabin crews advice. After all, they are the ones who know the ins and outs of flying and how gross a plane can be. One cabin crew member has shared how they want fliers to stop doing this one thing.

Cabin crew spend a huge part of their lives in the sky and so passengers should follow their advice and guidelines.

From revealing what not to drink on a plane, to sharing how unhealthy plane food is, the insiders really do know it all.

If there is one thing that cabin staff can’t stand passengers doing, it’s taking their shoes off.

If socks isn’t bad enough, you should definitely not wander around the plane barefoot due to a number of reasons. 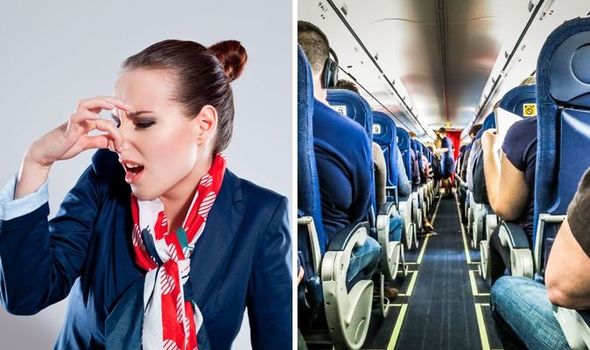 Sharing onto a Quora thread, a former flight attendant responded to a question asking why fliers must keep their shoes on during takeoff.

Tony Luna commented: “Besides stinking up the whole cabin, footwear is essential during an airplane emergency, even though it is not part of the flight safety information.

“During an emergency, all sorts of debris and unpleasant ground surfaces will block your way towards the exist, as well as outside the aircraft.

“If your feet aren’t properly covered, you’ll have a hard time making your way to safety.”

Passengers like to get comfortable on a flight and relax until they get to their destination but fliers should definitely not take their shoes off no matter how much they want to.

Also, another flight attendant shared how dirty the plane floors are and that they are barely ever cleaned.

The cabin crew member added that the toilets are also among one of the dirtiest places on the airplane.

Toilets are in use all the time on a flight and with hundreds of passengers on one flight at a time, there are only usually around two toilets to use. 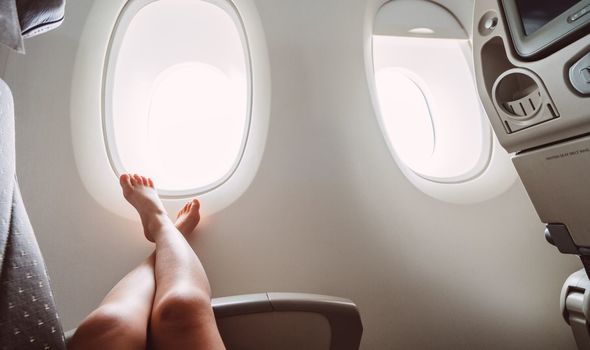 They wrote: “Please do not ever walk into a toilet with bare feet.”

The comment added that toilets are only deep cleaned only at the end of a route which can cause germs to build up in the cubicle.

You can practise good hygiene in the plane toilet by using hand sanitiser after touching the flush button, door handle and other high traffic spots in the bathroom, and by keeping your shoes on.

Another area of the plane that was found to hold large amounts of bacteria was the food tray, the tray in which passengers eat their meals from. 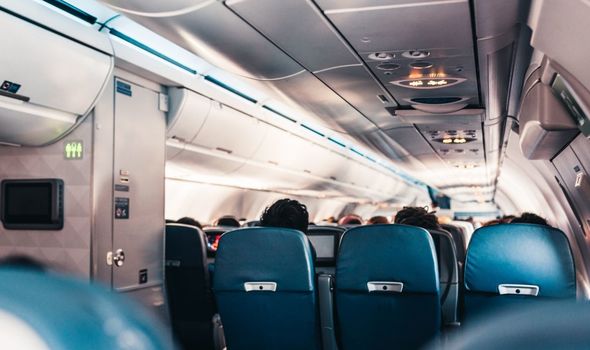 Due to the short turnaround between flights, cleaning on a plane has to be done at high speed without cleaning germ infested areas properly.

Therefore this means that certain areas of the plane do not get cleaned thoroughly or even at all.

One airline insider has revealed that it probably isn’t a good idea to eat directly off of food trays and you should probably bring your own cleaning products too.

Former flight attendant for America’s Southwest Airlines explained that you should always carry antibacterial wipes and wipe down the tray before you use it.

A study by Auburn University found that the tray table was the second highest carrier of E.coli in the plane cabin, with the disease festering for 72 hours.

This means that when the tray tables are not cleaned, germs can last on the surface for hours.