From a £20,000 suite with a double bed at the front to ‘ugly’ chicken dinners at the back: Travel experts review FOUR classes on an Etihad A380 at the same time

Etihad Airways’ A380 Residence suite, with its shower, living room and double bed, is possibly the ultimate airline cabin.

But what’s the state of affairs for those slumming it in first class, business and steerage?

Travel experts from The Points Guy’s U.S and U.K teams endeavoured to find out and filmed a four-way simultaneous review of these cabins on a flight from New York to Abu Dhabi. And they let MailOnline Travel have a sneak peek at their fascinating findings. 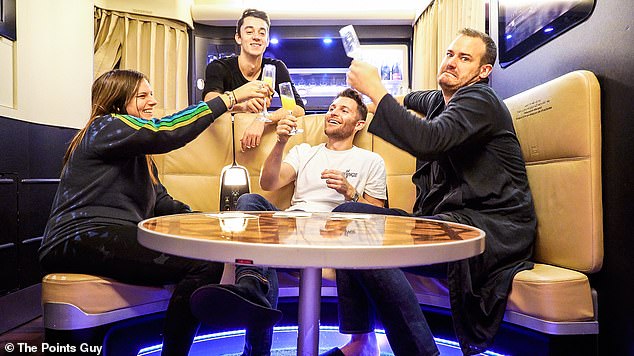 The Points Guy team, pictured, hopped on an Etihad flight from New York to Abu Dhabi 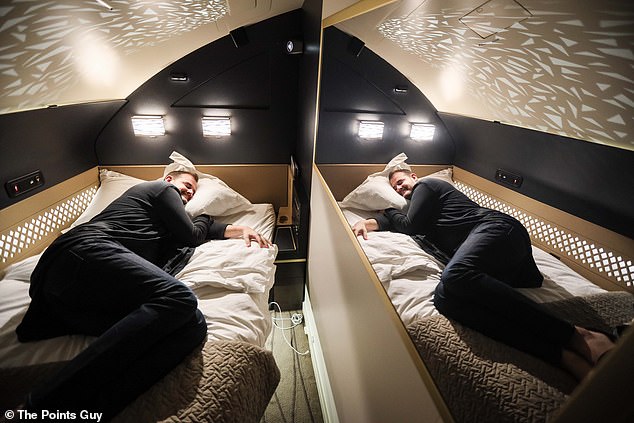 CEO and founder of The Points Guy, Brian Kelly, tested Etihad’s The Residence

Travelling in The Residence, a cabin designed by London-based Acumen, was The Points Guy himself, CEO and founder Brian Kelly.

The verdict? ‘The absolute epitome of luxury, privacy and space on a commercial airline,’ he said.

‘Having a three-room cabin upstairs on an A380 is as outrageous and incredible as it sounds.’ 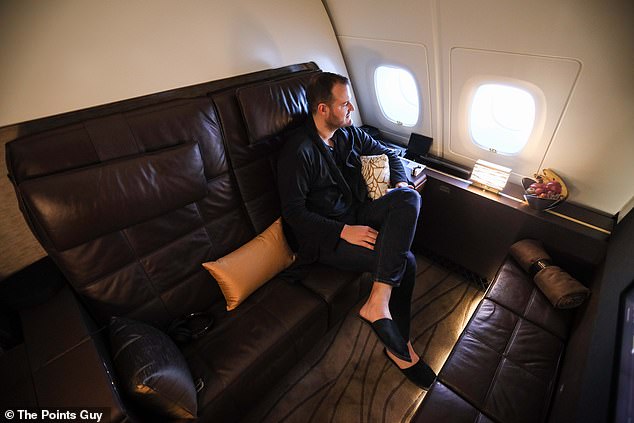 Mr Kelly said that The Residence is ‘the absolute epitome of luxury, privacy and space on a commercial airline’

Brian thought the bed was ‘as comfortable as one you might expect in a luxury hotel, and the food up there with a top-quality restaurant’.

On the ground, the secret doors into a vast Residence lounge at JFK Airport was another ‘outrageous perk’.

And surprisingly, he found a downside. He added: ‘However cool the private residence lounge is, you can’t avoid being spat out into the busy JFK terminal. While the crew take you from the lounge to the aircraft, and let you choose whether to board first or last, you still have to march though the airport with the masses.’

Nicky Kelvin, the director of content, drew the slighter shorter straw and flew in a first-class apartment. 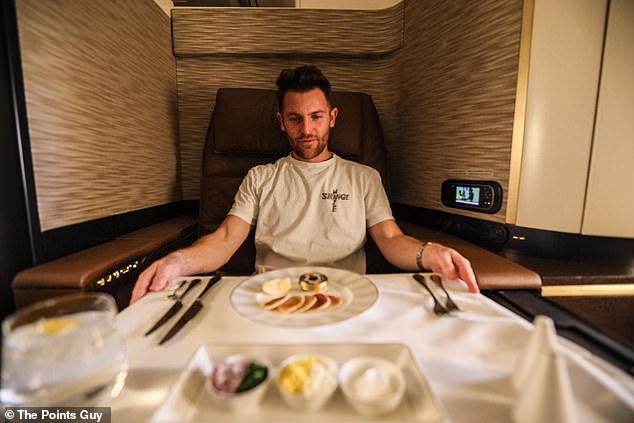 He said: ‘I adored the whole experience. The service was exceptional. Warm, attentive and fun without being overly stuffy. Having a shower on board is the most incredible experience, and then slipping into cosy pyjamas and slippers and hopping into the bed the crew made up while I was in the shower was an unforgettable experience.’

Any gripes? Not many.

He added: ‘The flight time did not lend itself to fully experiencing the product. There was only a short day-time window as we raced eastbound. The food was also OK but definitely didn’t blow me away. Again the strange flight times didn’t lend themselves to eating meals at normal times, but this was no fault of Etihad’s.’ 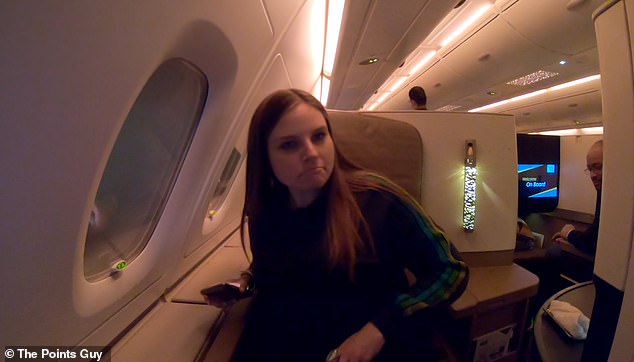 She reported that the cabin was ‘very chic without being over the top’ and that the inflight bar was ‘an added plus for a business class ticket’.

Ms Rosen also loved the dine-on-demand service and enthused that the service, in general, was ‘flawless, both warm and inviting without being fake and pushy’.

However, the food ‘was not the best, especially compared to other business-class options’ and the entertainment system was ‘pretty limited’. And Ms Rosen would have liked to have seen a turndown service and pyjamas. 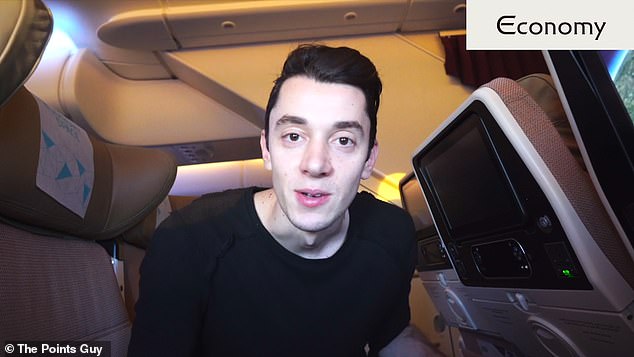 Head of video Jean Arnas drew the shortest straw. He flew in economy. But said it ‘felt expensive’

He said: ‘[It was] a fancy cabin that felt like an expensive product even at economy level. The big A380 has that luxurious space, a fresh cabin feel, and it was clean. And it had a nice reclining seat.’

Jean also enjoyed the ‘excellent drinks, which were all complimentary’. 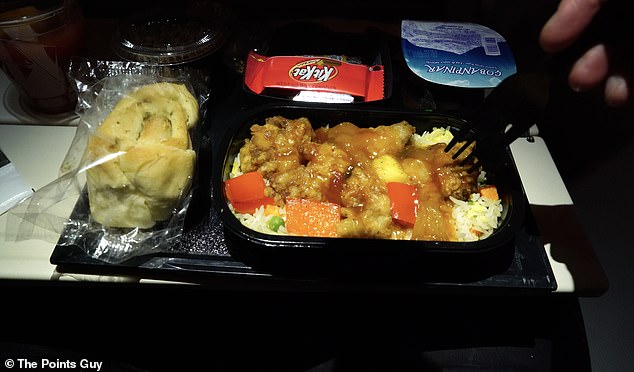 Jean’s biggest gripe in economy was the food, pictured, which he said was ‘not special’

The ‘big blanket’ also won him over, and so did the ‘fairly nice pillow, the clean and big toilet and the nice headphones’.

But the food did not tickle his fancy. He said there were three options and a menu, but that the mains ‘were bad’. He had two chicken options, curry with rice, and another with potato. But both were ‘ugly’ and ‘not special’.

The overall verdict was favourable, however, with The Points Guy experts deeming the Etihad cabins to be ‘far better than average’.

For more information on travel tips and tricks, sign up to The Points Guy UK.