Home » Travel » Family loses GoPro in the sea, but is reunited with it 10 MONTHS later

A family have been reunited with their lost GoPro camera – 10 months after it dropped into the sea while they were surfing.

James and Janine Kennedy assumed they would never see their family holiday action videos again when the camera was knocked off one of their surfboards in Cornwall last May.

But three weeks ago it was found washed ashore four miles away by dog walker Felicity Chadwick. 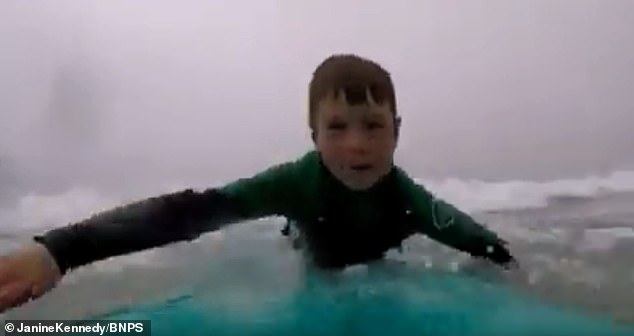 One of the last moments the GoPro recorded before it was lost. It shows James and Janine Kennedy’s son Alistair surfing off the coast of Cornwall 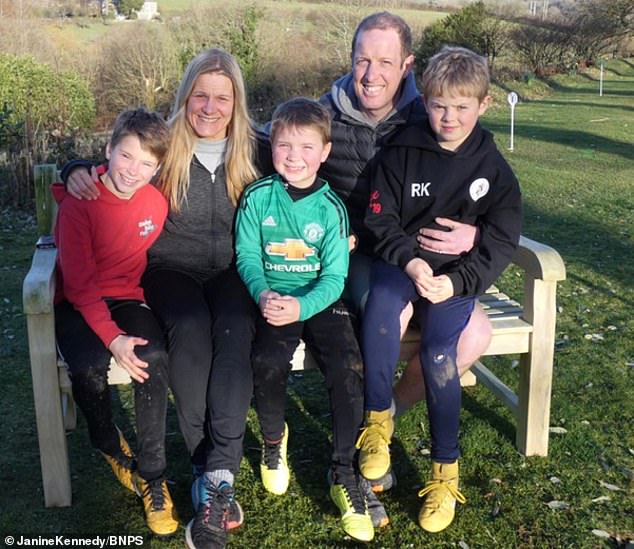 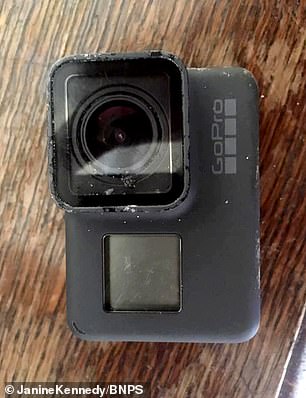 The GoPro after it was recovered by dog walker Felicity Chadwick, who dried it out and watched the footage

She took the £200 device home, dried it out and charged it to find numerous clips of a family of five on a skiing holiday and surfing in Cornwall.

A woman who worked with Mrs Kennedy 15 years ago thought she recognised her old friend in the images and tagged her in the post.

And Mrs Kennedy, from nearby Falmouth, was stunned when she realised it was her GoPro camera and has now been given it back.

The 45-year-old physiotherapist said: ‘I can’t believe it had been found after spending almost a year in the sea.

‘The memory card is working completely normally and the camera seems unaffected.

‘All the pictures and videos are immaculate and the camera doesn’t look that battered, which is quite surprising. It did have some little barnacles on it, but that was it.’

Mrs Kennedy and her 40-year-old husband, who is a vet, were enjoying a day out surfing at Godrevy Beach on May 5 with their sons Alistair, 11, Rory, nine, and George, eight, when the camera was lost.

They reported the loss to the National Trust, who own the beach near St Ives, but were told it would be impossible to recover the lost item.

Mrs Kennedy said: ‘At the time we couldn’t work out how it came off but when we got it back we watched the footage and you can see it’s on the front of Alistair’s board and then Rory came in from the side, they had a bit of a collision and that’s what knocked it off. 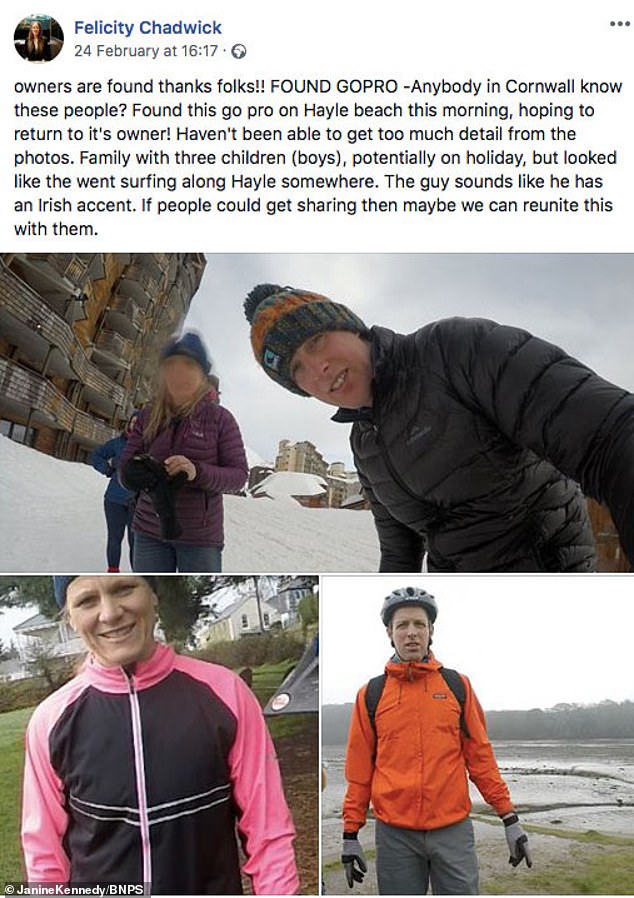 After watching the footage, Felicity posted grabs of it on Facebook in order to reunite it with its rightful owner. It was through social media that she was able to give it back to the Kennedy family

‘The camera carried on filming so you can see it drop to the seabed. We watched for about ten minutes but you can just see it dancing along the bottom of the sea.

‘We were all a bit devastated about it as we had lots of videos of our skiing and surfing holidays on there.

‘We’ll definitely be using it again but there are more secure devices you can get now that screw into the board so we plan to use one of those.

‘We just sort of forgot about it until I was tagged in this social media post out of the blue. 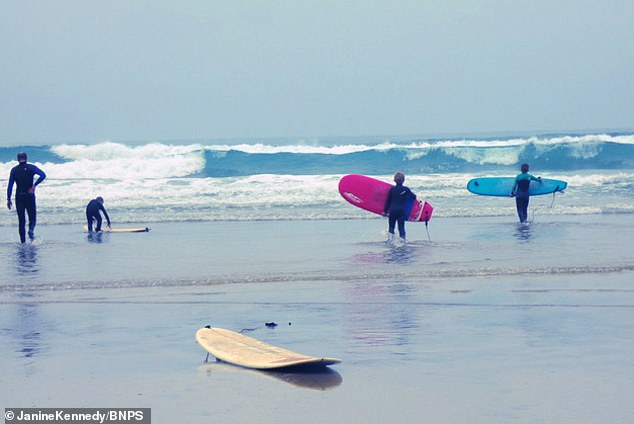 Mrs Kennedy said that when they thought the camera was missing for good, they were devastated as it has loads of footage of family surfing and skiing holidays

‘I was amazed to get it back. It just shows the power of social media.’

Miss Chadwick, 26, had been walking her dog on the beach at Hayle, about four miles along the bay from where the Kennedys went surfing, when she saw something being washed up on February 24.

She said: ‘I think my dog stopped nearby it and that’s why I noticed it on the shoreline.

‘It was all sandy and looked like it had been in the water for a while.

‘I took it home and stuck it in some rice to dry it out while I went to work. I managed to borrow a cable from my brother, got the case off and brushed the sand out. 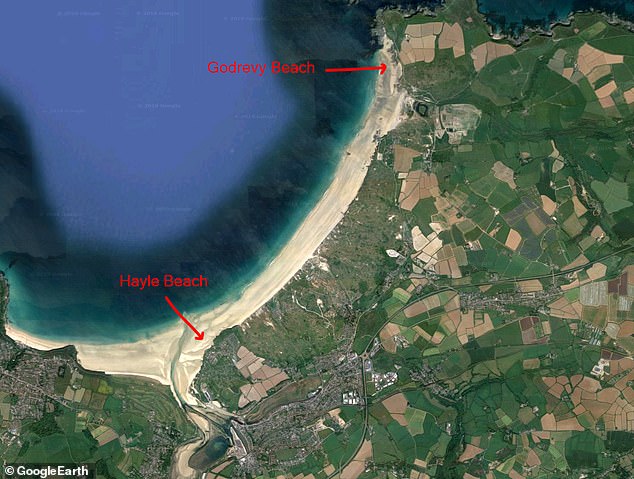 A map showing Godrevy beach in Cornwall, where the camera went missing, and Hayle Beach, where it turned up 10 months later

‘Other than that it was in pretty good condition and I couldn’t believe it when I managed to get it to turn on and found some pictures.

‘I posted it online and within a couple of hours someone had tagged Janine.

‘I was amazed, considering I didn’t know it they were holiday-makers or even British.

‘When she told me they’d lost it last year I just thought it was mad it had been washing around for all that time.

‘I was really glad to reunite them with it and pretty impressed with Facebook.’

LA Art alternatives: Switch up the Getty gallery for the Weisman

Why travellers are taking a major risk by booking separate journeys