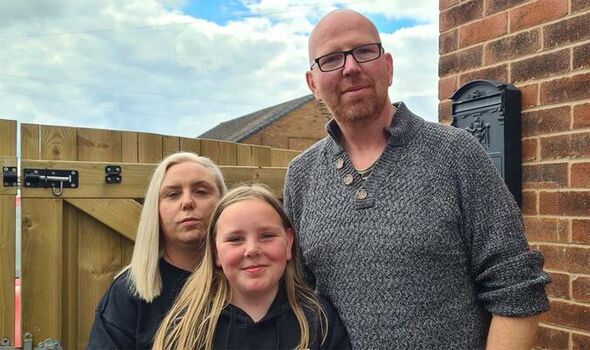 Having travelled up from Barnsley, South Yorkshire, a family waited for three hours in the “chaos” at Manchester Airport before finally checking in their bags at around 8pm on Saturday. Daniel Riley, 43, his wife Diane, 41, and daughter Eva, 11, were booked to fly to Crete on Sunday morning and had taken the airline’s advice to drop off their luggage the night before to help with congestion.

They then opted to book into an on-site hotel, ready for the following day.

The Rileys quickly moved through to departures at 4am, but were then hit with mammoth delays and cancellations which would eventually see them not go on holiday at all.

On Sunday, they sat on the plane on the runway for three hours before all passengers were escorted back inside the airport. Another three-hour wait followed before the airline messaged everyone to say the flight was off and to return the next afternoon.

“There was nobody there to give you any information,” Daniel told the Mirror. “We’d waited on the runway for hours, due to the backlog of cases and lack of staff they couldn’t get the luggage onto the plane.

“And eventually when the luggage did come out and they started loading it, because of the time we’d been waiting they were forced to unload it and the flight was delayed.”

The passengers were told several hours later that they could not be put up in hotels and to make their way home or book themselves into accommodation, said Daniel.

After collecting their luggage, the three of them then found a nearby hotel and returned to the airport on Monday afternoon.

Daniel said: “We got down to the departure gate and they called our names and some other couples to come to the information desk. We were told the flight had been moved to a smaller plane so they were removing people and as we hadn’t booked directly through TUI as a package holiday, we’d only got the flights with TUI, so they removed us.”

Despite the agonising wait, when the flight flashed up and the gate number was announced Daniel, said “we were excited again”.

However, there were rumours “fluttering about” as some passengers had received emails suggesting the plane had less capacity.

“As soon as we got our name called we knew that was it then,” Daniel said. “They just walked us to a door and said there’ll be a representative on the opposite side, and then they shut the door but there was no one there, so you were left not knowing anything. That was the worst part.”

They finally left the airport at 5pm on Monday – a full two days after first arriving.

The Rileys had booked their holiday through On the Beach (OTB) and have now been told by TUI they can be reimbursed for the flights, but it needs to be done through the booking agent.

However, Daniel claimed it was “proving impossible” to get hold of OTB. He said: “At the moment, OTB has just totally shut down, you can’t get through to anybody. All the lines are just down.”

They had also paid an extra £1,500 directly to the hotel in Crete for an upgrade, and have been told by the hotel this is non-refundable.

Added to that, Daniel said: “They’ve lost one of our cases, even though we haven’t gone anywhere, it didn’t turn up.”

While they await their refund, the family has now booked to go to a different resort in Crete using another airline and are due to fly from Birmingham later this week.

A TUI spokesperson said passengers who were denied boarding have been “proactively” sent a link to make a claim.

They said: “We would like to apologise for the inconvenience to our customers on flight TOM2744 from Manchester to Heraklion on Sunday 29 May who were affected by an aircraft change due to operational issues.

“We contacted affected customers as soon as we became aware of the change, offering the options to cancel their holiday for a full refund.

“We understand how frustrating and disappointing this will have been and are very sorry for the inconvenience caused.”

A spokesperson for On the Beach said: “We’re really sorry to hear about Mr Riley’s experience.

“We have spoken to Mr Riley this morning (June 2) and have processed a full refund and a voucher as a goodwill gesture for the inconvenience caused.”

Who needs a crew when you have family ·