Staring into the abyss – then clambering over it: Firefighter-turned-explorer shares incredible photos from his extreme expeditions to the Poles and Everest

As workplace views go, these take some beating.

Army officer and firefighter-turned-explorer Mark Wood has shared a collection of incredible images from his extreme expeditions.

The 53-year-old from Coventry has made navigating some of the world’s most remote areas his full-time job and the icy regions are his favourite spots.

The photographs, which feature in Wood’s new books Solo Explorer and Rock & Ice, show the adventurer in a range of locations from the top of Mount Everest to the North and South Poles.

One particularly hairy shot shows one of Wood’s fellow explorers precariously stepping over a gaping crevasse and using his ski poles to steady his balance. Another shows Wood’s face frosted with ice while battling minus 50 degrees Celsius in the Arctic.

He told MailOnline Travel that he’s ‘always close to tears’ on his daredevil travels as they take him on an emotional journey. He most looks forward to seeing the ‘colour green’ on his return to England after spending so much time in the blindingly white snow. Scroll down to see some of Woods most epic moments… 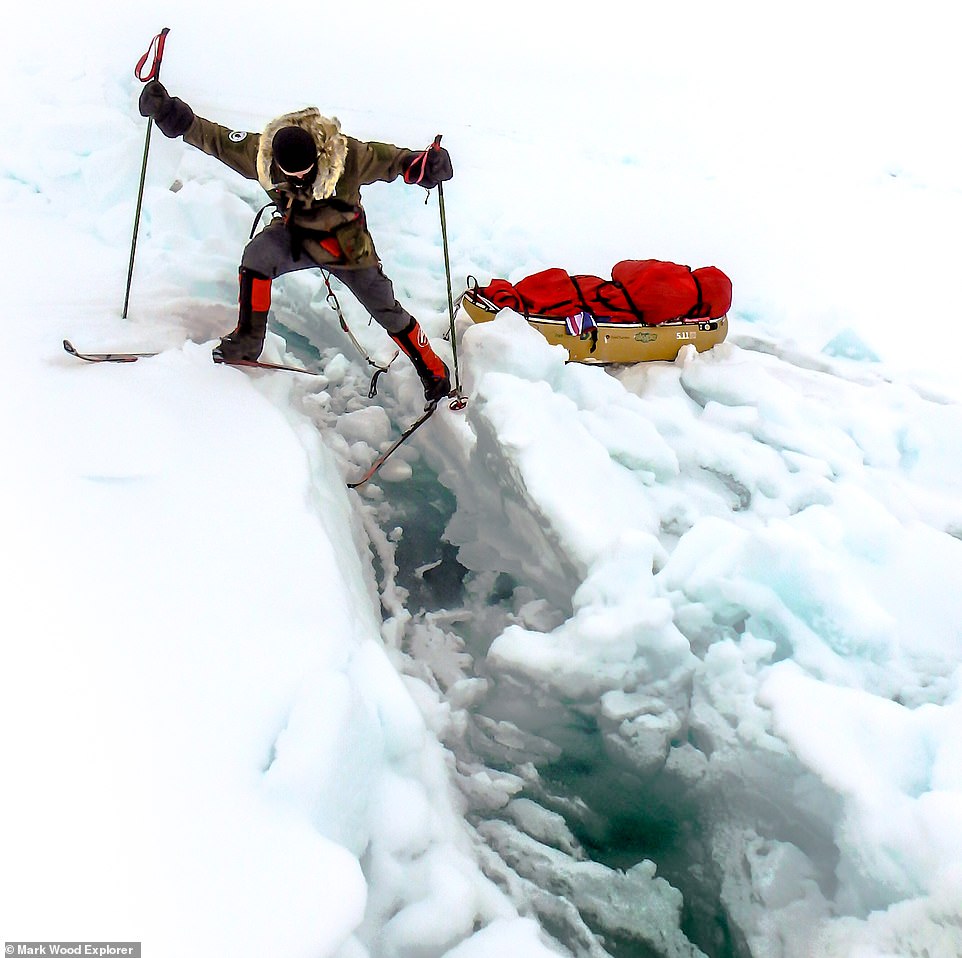 An image of one of Wood’s fellow explorers during a geographic North Pole expedition in 2016. The man is seen precariously stepping over a gaping crevasse, using his ski poles to steady his balance. The team for that trip was made up of qualified explorers, specialising in long-range, cold-weather expeditions 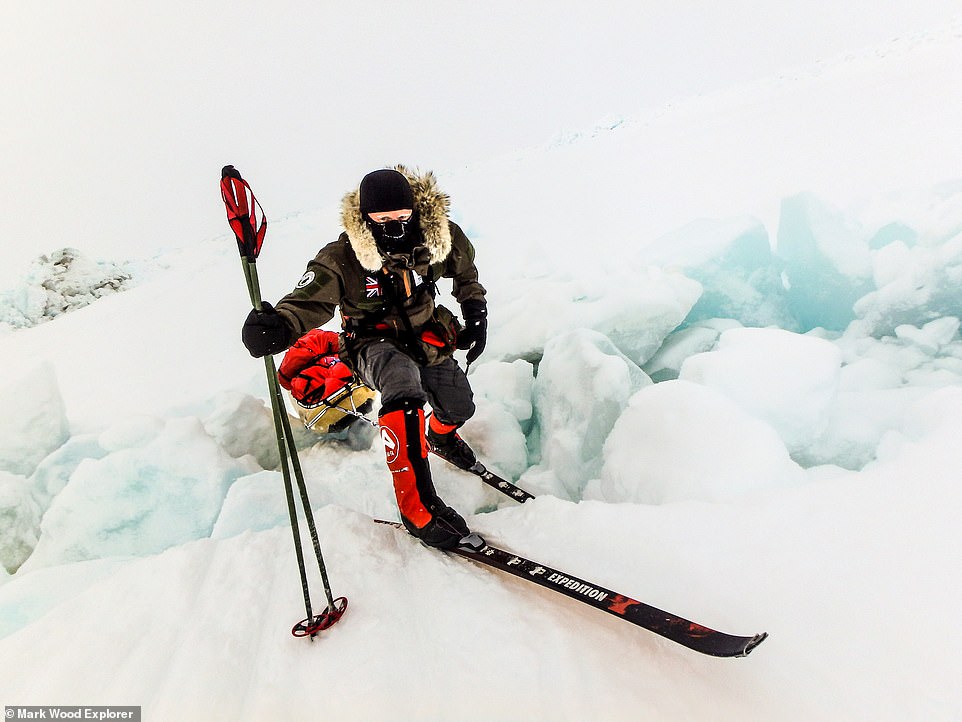 Wood said of his 2016 geographic North Pole expedition: ‘We wanted this expedition to capture the unique beauty and global significance of this remote region before it changes dramatically’. This man’s eyebrows appear to be frozen as a result of the extreme conditions 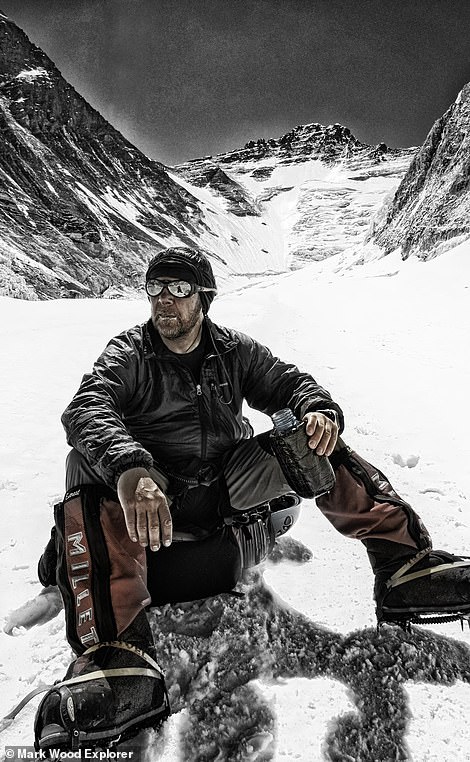 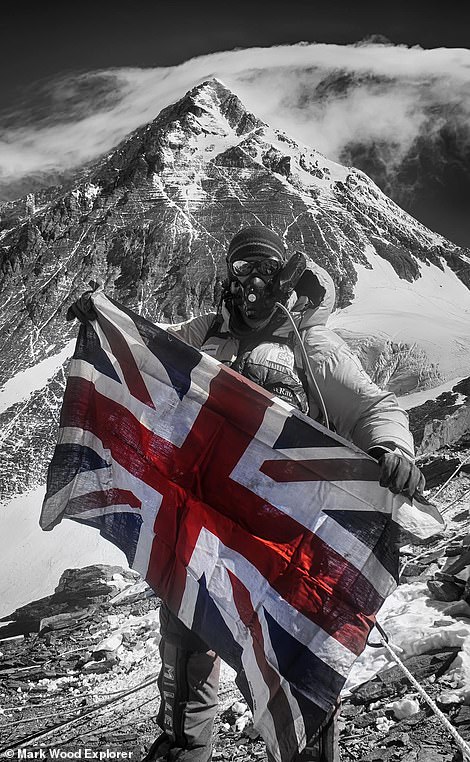 Wood takes a break while climbing the Mount Everest area in 2019 (left) and during a 2013 expedition to the same region, proudly holding the British flag (right) 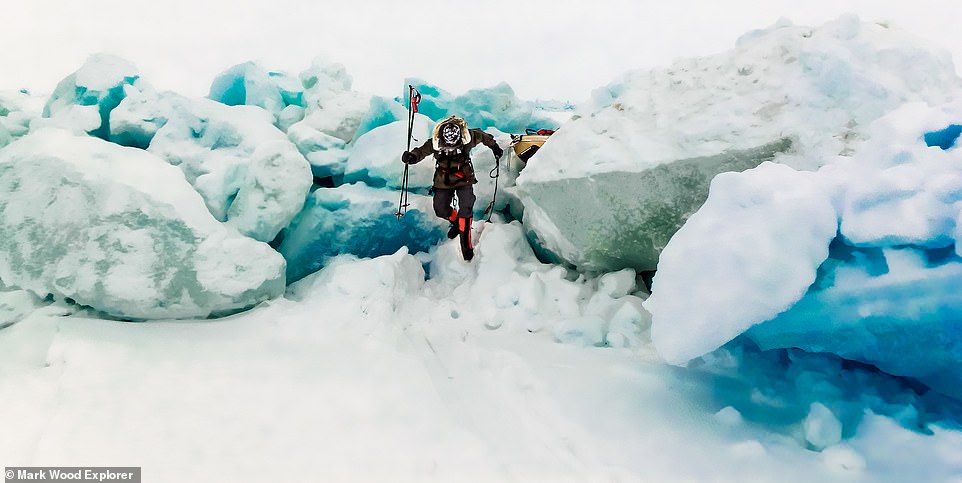 Large ice boulders shimmer in different shades of blue, as Wood determinedly ventures towards the North Pole in 2016 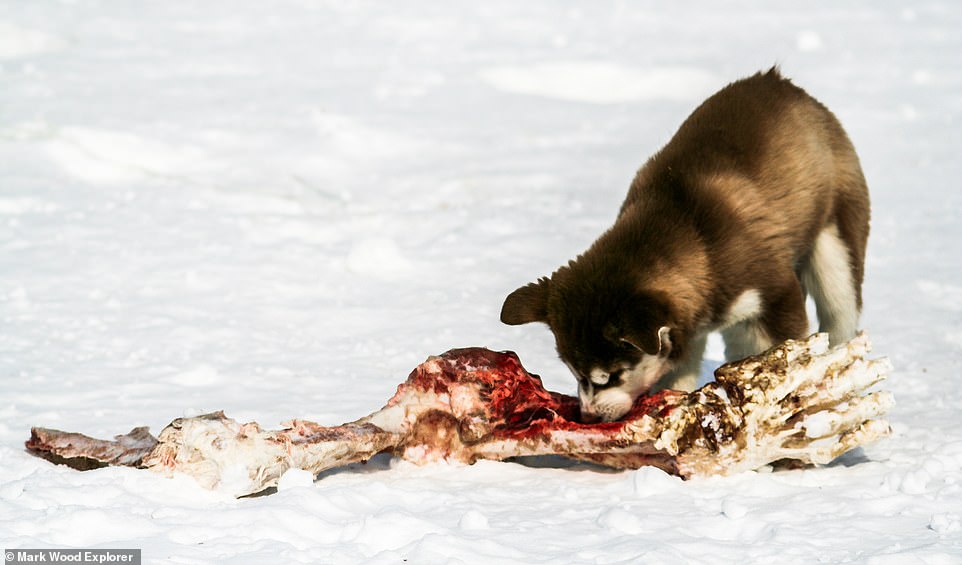 A husky pup nibbles on the remains of a polar bear’s arm. Wood took the macabre shot during his 2004 expedition to the North Magnetic Pole 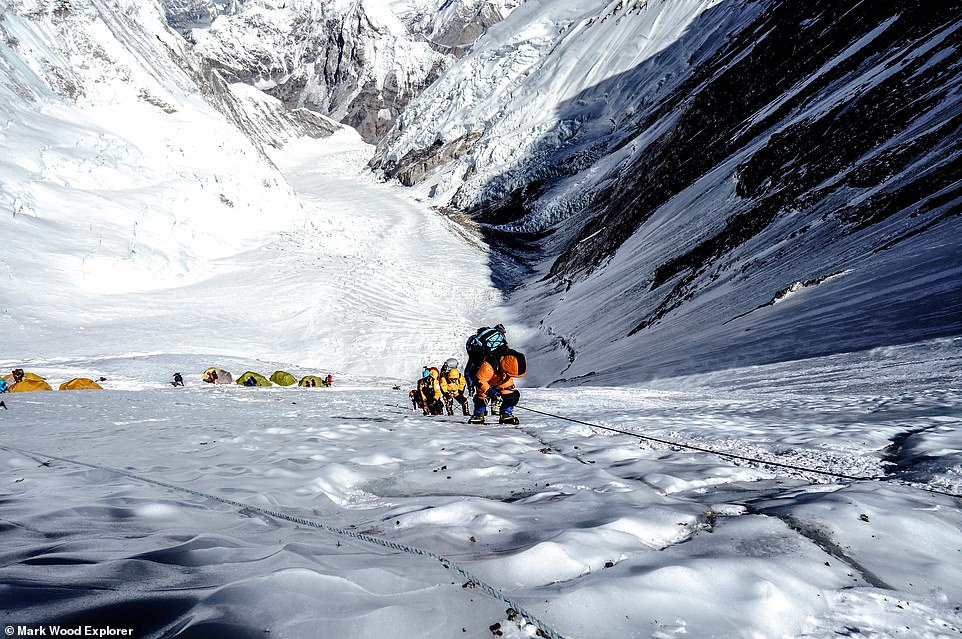 A stunning view from the slopes of Mount Everest during Wood’s 2013 expedition. Over the past few years, the explorer has set up educational programmes with the help of Skype linking schools en route to the world’s highest mountain with schools around the globe. Wood says one of his goals is to ‘inspire others to understand their planet and to encourage people to keep on exploring’ 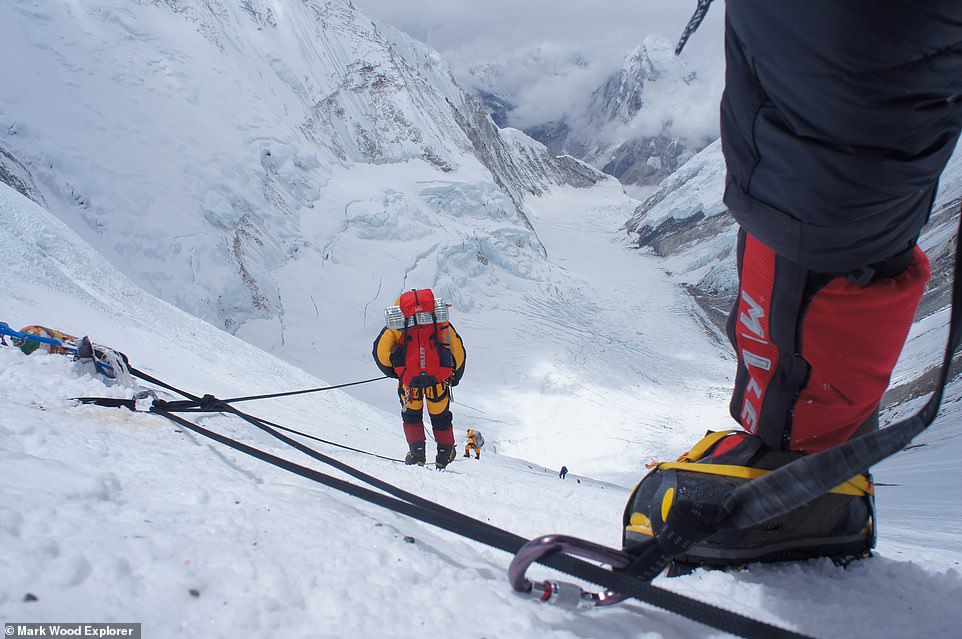 Extreme weather conditions meant that Wood didn’t manage to summit Everest in 2013. Above, a shot showing some of the kit required for such a feat including crampons, gaiters and thick down jackets

To learn about Wood’s next expedition navigating an uncharted crossing of the remaining sea ice in the Arctic Ocean visit expeditionsolo100.com.

Choose Your Own Adventure with Bahamas Paradise Cruise Line