Both Abercrombie & Kent and Silversea are performing quite well. With Silversea, we already have strong bookings for 2020 and even for the beginning of 2021. Here and there, some small reduction in volume, but prices are improving.

Manfredi Lefebvre is the executive chairman of Silversea Cruises and the CEO of Abercrombie & Kent.

North America is looking good. Even England is looking good. Europe, a bit less. Europe, for us, is mainly German-language countries, and they’re showing less energy than the rest of the world. There’s a bit of softness in the German economy.

In the U.S., the very strong regions for us are always the same: Florida, Texas, New York, California. It’s strong where you have older, retired people. And Chicago, particularly in the colder weather.

We have a new ship coming in 2020, and that’s always a driver for new bookings. You have an extra group of people who might not have normally booked but say, “Let’s try the new ship.” We also just finished the refurbishment of the Silver Shadow and are about to have the Silver Wind undergo a very, very radical refurbishment to become a twin of the Silver Cloud. It’s going to be an ice-class ship, able to do expedition cruising in the polar regions.

Luxury is particularly strong going into 2020, because the capital markets, the stock markets, support it. All components of the economy are supporting the strength of luxury vacations. Money is in the pockets of high net worth consumers, and they have a willingness to consume, particularly consume experiences. It’s now more based on destinations, service, food  these are more important than owning a pair of crocodile shoes. The popularity of the Galapagos symbolizes that. All our cruises to remote destinations are strong: the Russian Far East, [Australia’s] Kimberley Coast, West Africa. We go with smaller ships but better prices. 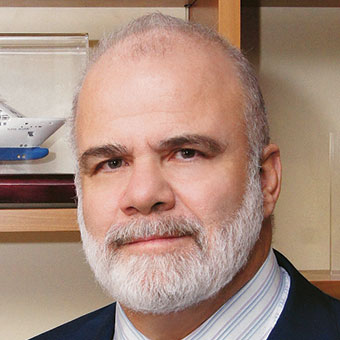 I’m now CEO of Abercrombie & Kent, until I find the person that I think can be the permanent CEO. There’s a big difference between cruising and tour operations. The tour operation is a flexible model. You can increase scale or reduce scale very, very fast, and you have to be very good at that. You have to buy very well, because competitive pricing will give you the volume you need. But with cruising, you have capacity you have to fill. You have to spend more money marketing, otherwise you’ll have a cabin that goes empty, and you’re paying for it, because you’re paying all the costs but without the revenue.

We just bought the U.K. business of Cox & Kings. Abercrombie & Kent is for people who want a bespoke, tailor-made experience, but there’s a big market for package tours. We’re going to grow Cox & Kings a lot, and we’re still looking around; we’re interested in doing other acquisitions. For the time being, we’re doing our own financing, funding it ourselves.

The [financial problems of Cox & Kings U.K. and Thomas Cook] last year were responses to situations specific to the U.K. model and not an indication of weakness in the tour sector. The pound declined, there was some stagnation in the economy, a number of other things. They were buying capacity in the currency of the country where they were going and then selling in pounds in the U.K. And Cox & King’s parent company in India was caught up in short-term money funding, and things changed quickly for them.

Those were exceptions. There continue to be investment opportunities. Travel in general is very strong going into 2020.

Walks with a tale to tell – part 2