Exclusive for MoS readers: Explore incredible Iceland with Sir Chris Bonington – join the legendary mountaineer in a magical land of fire and frost

Iceland is an extraordinary place. Towering waterfalls, mountains, ice, fire, and landscapes that look as if they belong on another planet. It’s no wonder more of us are going to experience it for ourselves.

Such an astonishing country deserves a special tour – and that’s exactly what you will find on this one-off itinerary with our partners Intrepid Travel next spring.

Not only will you take in the great sights, from the capital Reykjavik to mighty waterfalls and geysers, you will also meet one of Britain’s greatest mountaineers and adventurers: the brilliant Sir Chris Bonington. 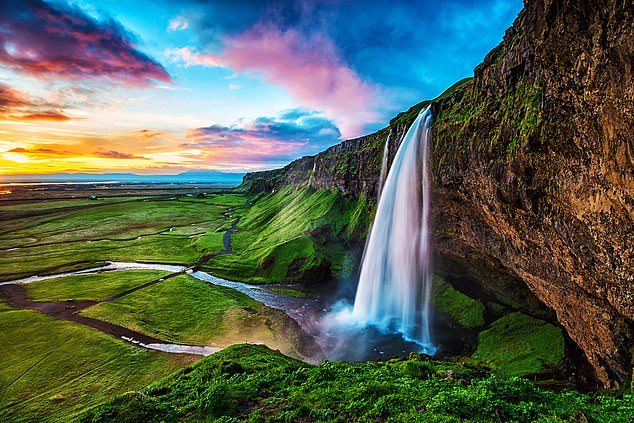 Rugged beauty: A waterfall tumbles over a cliff in southern Iceland

An inspiring figure, Sir Chris will join you on the tour and accompany you on a glacier walk on Vatnajokull, Europe’s biggest ice cap. As well as exploring Iceland’s beautiful and dramatic scenery, you will hear Chris talk about the incredible peaks and troughs of his adventurous career in some of the most precarious places on Earth. And don’t worry, you won’t need crampons for this journey: this is an accessible, ‘soft’ adventure that will give you lasting memories of an amazing destination. 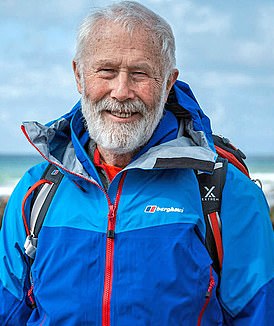 You will be joined by Sir Chris (above)

The first British climber to ascend the Vinson Massif, the highest mountain in Antarctica, Sir Chris Bonington, right, is one of Britain’s most accomplished mountaineers. He was the first Briton to conquer the north face of the Eiger and led the first successful ascent of Everest’s south-west face in 1975. He has presented documentaries and written many books, including his autobiography, Ascent, which was published last October. He is still active in the mountains, climbing with the same enthusiasm he had when he began at the age of 16.

Explore the northernmost capital on Earth, which is also one of the world’s quirkiest cities. The arts scene is thriving, as is its cafe and bar culture, and the city enjoys a spectacular setting between forbidding mountains and the steely grey seas of the North Atlantic. You will have time to admire the city’s creative flair and striking contemporary architecture, as well as to enjoy its excellent restaurants.

For a man who has achieved so much, Chris is remarkably down to earth and engaging. Hear the extraordinary story of his life’s adventures in some of the world’s most extreme places – and put your own questions to him in a private talk and Q&A. You will also receive a complimentary copy of Chris’s superb autobiography, Ascent.

Join Chris on a hike on Vatnajokull – your chance to see the largest ice cap in Europe up close. This is part of a vast, beautiful area of wilderness that is protected under Icelandic law. You do not need any special experience to go on the walk.

Travel around the so-called ‘Golden Circle’, Iceland’s classic sightseeing route. Your first stop is Thingvellir National Park, the site of Iceland’s first parliament, where the American and Eurasian tectonic plates are gradually pulling the land apart. Then you will stop at the renowned Geysir geothermal area, where you will see the Strokkur geyser shoot water 100ft into the air, before witnessing the spellbinding beauty and power of Gullfoss Waterfall.

You will have a chance to soak up – quite literally – Iceland’s geothermal power with a visit to the Secret Lagoon, unspoiled thermal baths about 90 minutes outside of Reykjavik, where you can relax in waters that stay at a constant 38C-40C throughout the year, then have a drink in the bar afterwards.

TERMS & CONDITIONS: *Price based on two sharing. Note that flights are not included. Subject to availability. Our travel partner, Intrepid Travel, is ABTA-bonded and this trip is ATOL-protected. For full terms and conditions, go to www.mailtravel.co.uk/bonington

A taste of the Maldives: Transport to the tropics with this vodka & elderflower cocktail

The best travel discoveries of 2018: chosen by Guardian writers