Holidays have faced even more chaos in the last couple of days after coronavirus conditions worsened in the UK. Many in England’s Tier 4 category are banned from travel while others have been told to stay local as much as possible.

Now a plethora of other countries are banning Britons from entering their country.

The move comes as concern mounts over a mutant strain of coronavirus.

Poland, Romania, Lithuania, Latvia, Estonia, Bulgaria and the Czech Republic have joined the many countries which have already barred UK flights.

France, Germany, Italy, the Netherlands, Austria, Switzerland, Canada and Belgium have all also said they are banning flights from the UK. 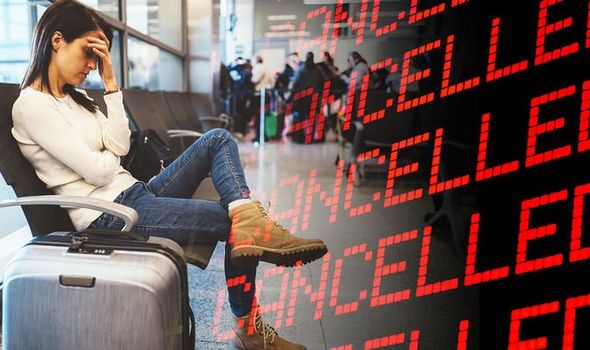 Turkey and Morocco have announced they will be suspending air travel from the UK, while the official Saudi Press Agency reports Saudi Arabia is also suspending international flights for one week.

El Salvador is barring entry to anyone who has visited the UK in the preceding 30 days.

Canadian prime minister Justin Trudeau said from midnight Sunday, Canada was putting a 72-hour stop on flights from the UK.

The Netherlands ban came into force on Sunday morning, with it due to last for at least the rest of the year.

Italy’s health minister Roberto Speranza said an order was signed on Sunday blocking flights from Britain and preventing anyone who had been to the UK in the last 14 days from entering Italy. The order bans plane travel until January 6.

Austria’s ban on flights from the UK starts at midnight on December 22 and anyone arriving in the country before that date must quarantine for 10 days. It is unclear how long the ban will last.

Germany said it was banning flights from the UK starting at midnight, Berlin time, on Sunday, with the German dpa news agency reporting it would remain in place until at least December 31.

France has banned all travel from the UK for 48 hours from midnight on Sunday.

Bulgaria said it was temporarily ceasing flights to and from the UK from midnight on Sunday.

Finland is due to suspend all passenger flights with the UK for two weeks from Monday.

Poland is also due to halt flights from midnight on Monday, though it is not yet known how long the ban will be in place. 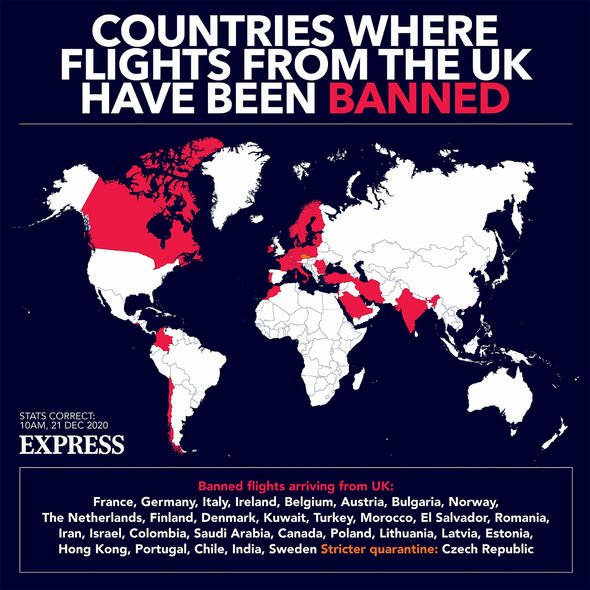 Denmark said all flights from Great Britain would be halted for 48 hours from Monday.

The Irish Government said on Sunday that it was imposing a 48-hour ban on flights from Britain to Ireland.

An EU crisis meeting has been called for Monday to discuss the coordination of the response to coronavirus among the 27 member states.

The UK’s Foreign, Commonwealth and Development Office (FCDO) regards other countries’ travel restrictions as a matter for their own governments.

It was previously understood to be in touch with international partners and monitoring the situation closely.

Butlers, Outdoor Spaces, and More — Hotels Have Taken Their Long-Term Stay Packages to the Next Level

The Overhead Bin Revolution: You Might Soon Pay to Reserve a Bin