Captain Chris Foster was in charge of easyJet flight EZY3025 from London Stansted to Dubrovnik, Croatia, in 2017. Alongside him was First Officer in training Karl Hemingway-Thompson who was hoping to make the landing into one of Europe’s most popular summer destinations. However, Mr Foster was soon forced to take over the controls in order to safely land the plane in the difficult conditions.

The tense situation was shown as part of ITV’s “easyJet: Inside the Cockpit” series.

The 2017 documentary showed cabin crew dealing with some unruly passengers, before switching attention to the serious situation unfolding up the front of the plane.

The narrator explained: “There is a more pressing concern in the cockpit. 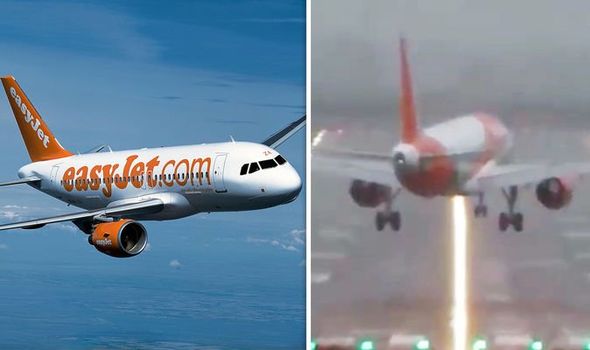 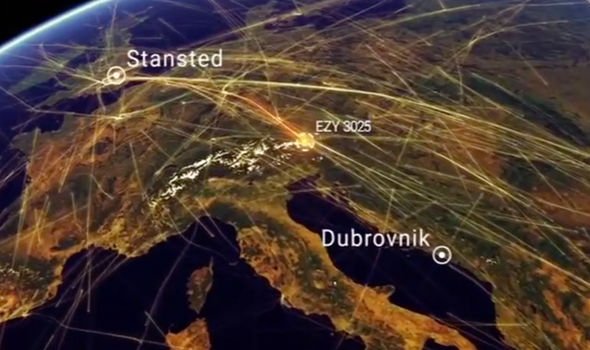 Captain Foster informs his passengers about the severe crosswinds

easyJet: Inside the Cockpit

“Captain Foster informs his passengers about the severe crosswinds.

“One of the toughest challenges for a pilot is landing safely in difficult conditions.”

Mr Foster then took over the controls from his co-pilot and proceeded to attempt to land with crosswinds of up to 30mph.

The narrator explained: “There are different techniques pilots use such as the crab or side slip where the plane flies directly into the wind with its flaps down to force it on to the runway.

“But with the crosswinds, up to 25 knots, only Captain Foster is experienced to land.”

Denying Karl the chance to gain valuable experience towards his fourth stripe.

“Potential problems have been safely negotiated in the cabin and cockpit.”

Thankfully, Mr Foster safely landed the plane with ease, much to the delight of those on board heading for a stag do.

Despite the nervous scenes, pilots are actually cleared to land in winds of up to 43mph.

The same series also revealed how easyJet pilots are trained in New Zealand. 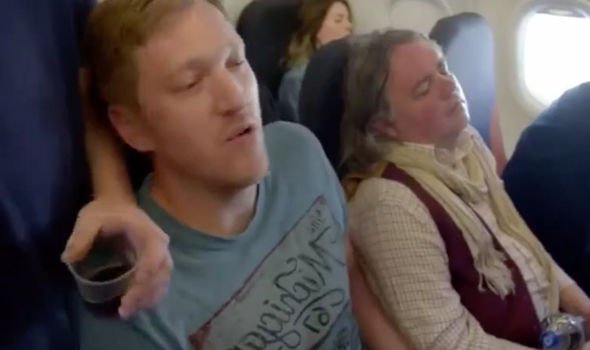 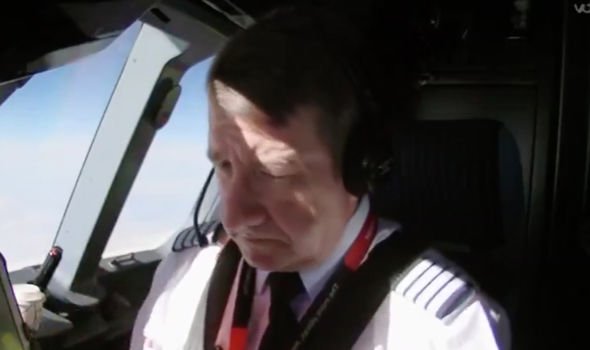 The L3 Airline Academy at Hamilton International Airport allows cadets to take small, single-engine planes up into the skies to test their theory.

During filming, one of the trainees –  Sophie Truran – almost got lost.

The narrator said: “Halfway into the flight and Sophie spots a problem.

“With the weather closing in, she needs to get back to base.

“It can take less than three minutes to lose control of a small aircraft in clouds.

“To get home, she needs to follow the river, but she needs to find it first, but with the cloud getting thicker, it’s not just Sophie who is worried.

“Back at base, head trainer John is becoming increasingly concerned.”

Finally, after a few tense minutes, she spots the river and manages to land back at base safely.

Ms Truran was relieved after finally touching down.

She remarked: “[That was] Pretty exciting and pretty intense.

“Yeah I went out of the zone on my own, it was quite fun, it was scary in the big bad world – it was only down the road and I didn’t go as far as I wanted to.

“It’s a really big achievement, I feel like I’ve got my big girl pants on today.”

Norwegian Axes All Flights to Caribbean