Home » Travel » Dubai Laws: Not paying attention to this UAE custom could see you jailed or DEPORTED

Dubai authorities take great offence to swearing and foul language – both in verbal and written communication. This means those with a colourful vocabulary and a tendency to turn the air blue with their choice of words should take extra care while heading to the holiday hotspot. Britons will need to moderate their language when they head to the country, and the entirety of the UAE. Article 373 of the UAE Penal Code states swearing “disgraces the honour or the modesty” of a person.

Physical gestures, such as sticking up the middle finger, are classed in the same document as as an “indecent” act that breaches “a victim’s pride, privacy and/or modesty.”

Not only is swearing completely prohibited and the use of the F-word seen as a crime, the regulations extend to words used on a mobile phone, too.

Therefore language used in WhatsApp messages, which might at first appearance seem private, are a breach of the law.

What’s more, any controversial Emoji icons which even suggest at swearing can put the sender in trouble.

They face a fine of up to the equivalent of £45,000, a prison sentence or even deportation depending on the severity. 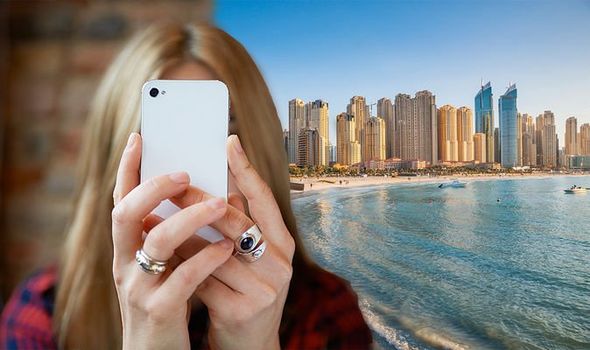 The stringent regulations came around after the previous guidelines were deemed too lenient.

A man was convicted of swearing at a colleague by sending a message on the app.

News website 7Days UAE told how the claimant was “insulting” yet the exact language was not revealed.

Meanwhile, a British estate agent was jailed in Dubai for sending a WhatsApp message to a car dealer.

Yaseen Killick bought a second-half Volkswagen Golf from a dealer for £6,000, and, after learning it was previously written off, sent an angry message to the salesman. 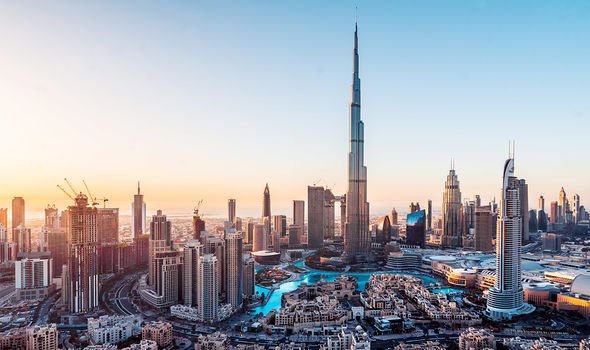 Mail Online reports Yaseen wrote: “How do you sleep at night knowing you are ripping people off?”

Yet the salesman reported the message to police, which saw the Londoner arrested at Dubai airport.

He was sentenced to three weeks in prison.

Meanwhile, a seemingly ordinary public display of affection is also banned in Dubai.

Couples should not be seen holding hands or kissing, no matter whether they are married or not, due to strict public decency laws.

Cruise: Passengers could be caught out by this unexpected expense when holidaying