Dubai Airport is the world’s busiest for international travel for the sixth year in a row, with Heathrow in second place

Dubai International Airport has revealed it has maintained its title as the world’s busiest for international travel for the sixth year in a row.

It says it retained the top spot despite closing one of its runways for repairs last year and the ongoing grounding of the Boeing 737 Max. 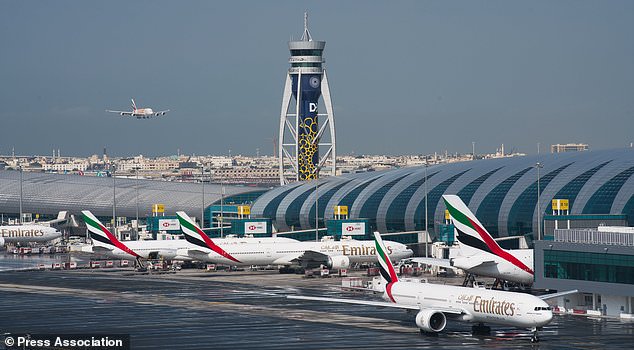 Dubai International Airport, pictured, which has revealed it has maintained its title as the world’s busiest for international travel for the sixth year in a row

But that is down three per cent from 2018, which saw 89.1million passengers travel through Dubai International.

The airport blamed the weaker numbers in part on a 45-day closure of its southern runway, the bankruptcy of India’s Jet Airways and the grounding of the Boeing 737 Max.

Government-owned Emirates’ low-cost sister carrier, FlyDubai, had been flying a number of the Maxes in its fleet.

India accounted for the largest number of passengers using Dubai airport, with 11.9million.

Saudi Arabia provided the second largest, with 6.3million, narrowly ahead of Britain’s 6.2million.

The number of flights handled by the airport also dropped last year, falling by 8.6 per cent to 373,261, Dubai Airports said. 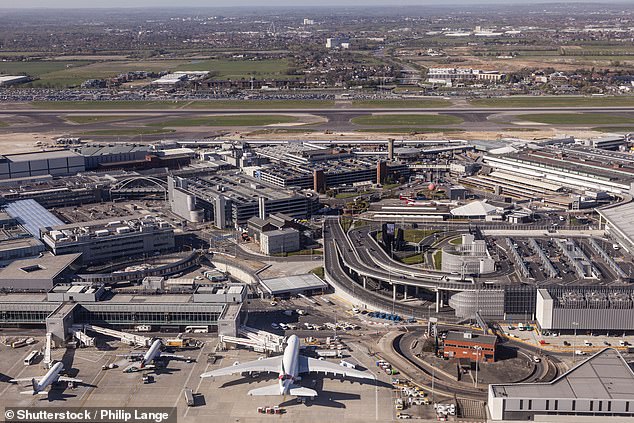 The volume of cargo handled fell by 4.8 per cent to 2.5million tonnes.

Passenger arrivals in Dubai reached a record 16.73million passengers last year, up 5.1 per cent on 2018 but far short of the 20million the authorities hope to welcome this year.

For the past few years, the glitzy city-state has been battling an economic slowdown led by its key real estate and tourism sectors.

Growth slowed to 1.94 per cent in 2018, before rebounding slightly to 2.1 per cent last year, according to government figures.

Dubai is pinning great hopes on the global trade fair Expo 2020 – which opens later this year for six months – to lift the slowing economy.

Brainteaser asks users to spot 10 attractions in 6 minutes – can you do it?