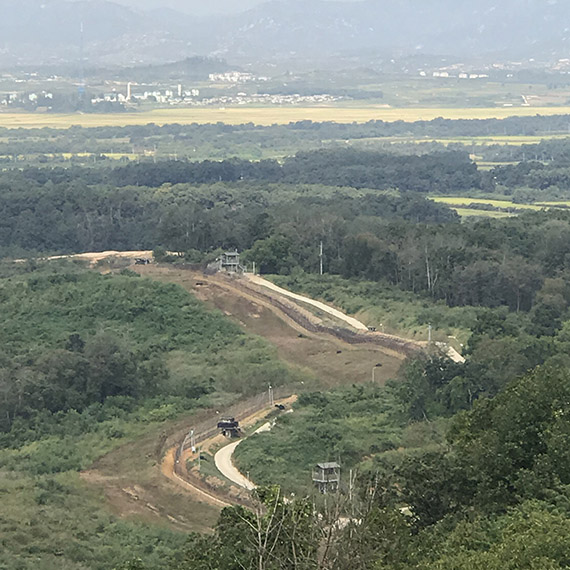 SEOUL — Across the city center this week, high rises were draped with huge banners calling for peace and marking the date of the historic summit where the leaders of North and South Korea signed a pact designed to ends decades of deadly tension along the border.

And on our van ride to visit the demilitarized zone just a few hours before the agreement was signed — a coincidental side trip organized by the Korea Tourism Office after its annual Korea Luxury Travel Mart — our guide was excited about the day, optimistically speculating the announcement might include the opening of the border.

While a protest banner calling for the bombing of North Korea was also on display among the tents, most people here were excited about the prospect of peace and new steps toward more open relations that for years they have been hoping and preparing for.

For instance, inside the 4-kilometer-wide demilitarized zone that has separated the peninsula for 65 years is a modern new train station at the ready to reconnect the two countries, complete with an exit gate marked for Pyeongyang. 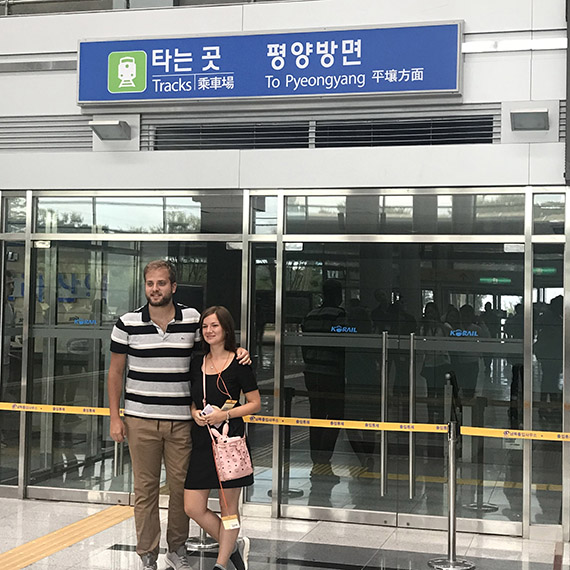 For now and likely the foreseeable future, however, the DMZ sits mostly empty, offering wildlife a pristine sanctuary along the Imjin River as well as a bizarre cross between run-of-the-mill tourist stops and memorials to the nearly 4 million people killed in the three-year war that was halted with a 1953 armistice agreement but has never officially ended.

We entered the DMZ as the agreement to halt aggression along the border and work toward a nuclear-free peninsula with joint economic zones was being finalized. Tensions were obviously low as soldiers came on the bus to give a cursory check of our passports while others outside rested their heads on a table and checked their phones. Along the actual military demarcation line, or DML, there were no signs of activity visible from the platform atop a tall hill where tourists are brought for distant views of the DML and far off North Korean towns and villages. 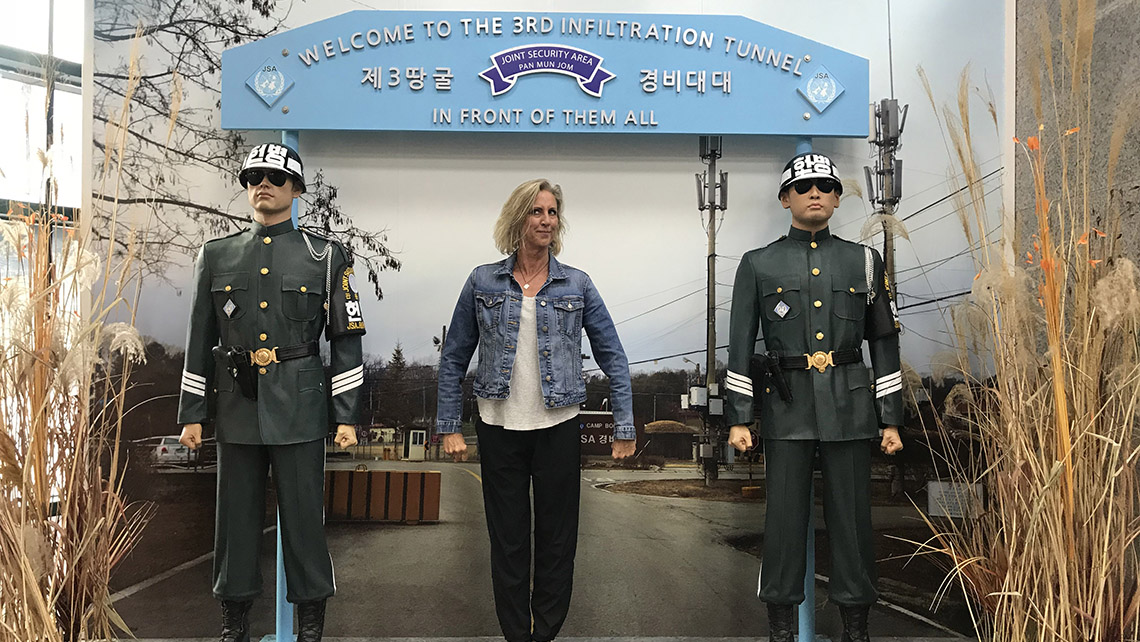 The whole area, in fact, seemed like just one of so many other tour bus stops around the globe, complete with a small amusement park, gift shops, life-sized cut-outs of soldiers for souvenir photo opps, even a Disney-like monorail set up to take visitors down into one of four partial, hand-dug tunnels that South Korea has discovered over the years leading into North Korea.

Alongside the gift shops are small theaters where tourists can watch videos about the war and the ongoing conflicts that have been produced in a style reminiscent of World War II-era news reels.

And while the videos include dramatic footage of the widespread destruction and death from the war, this week, at least, it was easier to enjoy the tour with a lighter mood and optimism that what I was seeing may actually one day go the way of the Berlin Wall.

Digital nomads: The new generation of Irish workers who can make money from anywhere in the world

Easter weekend warning: Holidaymakers told ‘you are not welcome’ as tourists flout rules