Passengers travelling on a commercial flight were left shocked at the behaviour of a fellow flier who caused chaos in their seat. The passenger, who was flying in an economy cabin, left behind a nasty surprise for the flight crew when they left the plane. The moment was recorded on camera by a passenger sat in the row beside them and posted to the Instagram account @PassengerShaming. Viewers from around the world have dubbed the behaviour “disgusting” and voiced their concern for the flight attendants onboard.

Poor flight attendants omg. I’ve seen messes but this MESS is TOO MESSY!

The image reveals the horrible habits of one traveller, who left behind quite a mess in their seat.

A photograph of the moment shows the carnage, with the leg room in front of the chair filled entirely with rubbish.

Empty packets and napkins are strewn across the floor, however what makes the scene even worse is the apparent presence of left over foot too.

While it is hard to tell exactly what each item is, there is what appears to be a piece of fruit amongst the chaos.

A passenger sits directly to the left of the empty seat, and it is uncertain whether they were an innocent bystander, an accomplice or if they were the guilty party.

The image has amassed a total of 464 comments so far, with those who have seen the image voicing concern for the flight crew forced to clean up the rubbish.

Little is known about the back story of the image, although one viewer suggests that it could have been caused by a child.

They base their theory on an anecdote of their own, having witnessed a similar scene unfold on a journey they took. 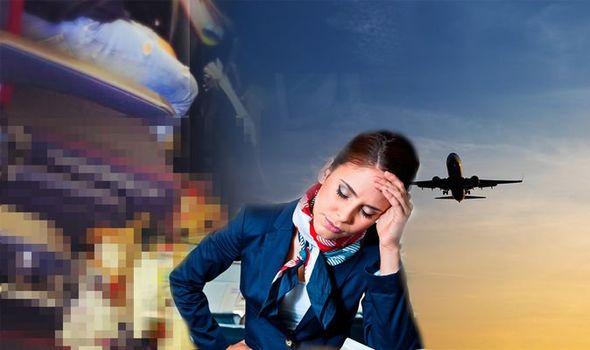 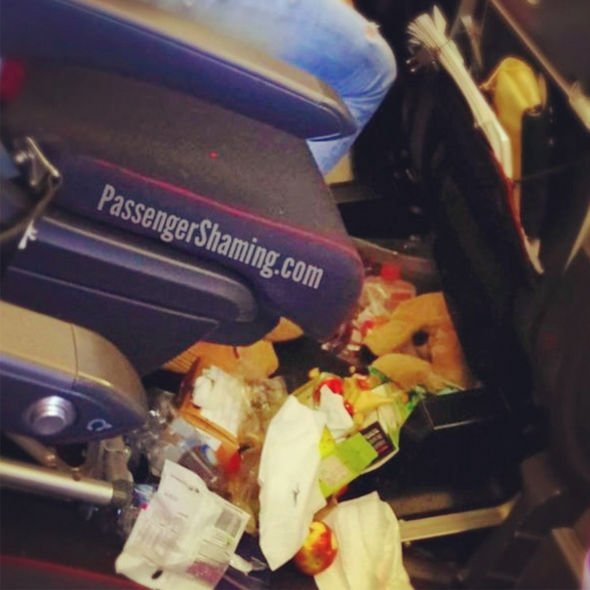 The user explained: “I had a connecting flight from NYC to CHS in Charlotte and there was a HUGE family that included about 6 or 7 kids.

“For some reason the ADULTS decided to let the kids sit by themselves in the front of them. The picture above looks spotless compared to what those children did in less than a hour and a half in the air.”

However, the finger of blame can’t be pointed solely at young travellers.

Other travellers suggested this was the result of the passenger never being “taught manners”, while another simply says it is “rude.”

However, amongst the commenters there was one who managed to make light of the horrendous situation, writing: “Looks like the ghost from ghostbusters ate here.”

The caption accompanying the image offers some advice to messy travellers, emphasising the importance of putting rubbish into the garbage bags brought through the cabin by crew members.

Unfortunately, it seems messy passengers are somewhat of a regular occurrence.

Elsewhere in the world, passengers were left enraged by the “gross” bathroom behaviour of one traveller.

A passenger onboard decided to snap a shot of the state the plane bathroom was left in.

The viral photo shows a tiny, aircraft stall with toilet paper and garbage strewn around the room.

Even the sink is overflowing with pop bottles and rubbish.

An Instagram user who saw the photograph vented: “That’s disgusting. Don’t call them animals as not even animals go this far.

“I would ban alcohol or put a limit down so low it’s pointless to purchase.

“You should put a camera outside the door and ban the scum from flying.”

Travel advisor sales are in hyperdrive for Disney's Galactic Starcruiser

Planes collided with 280 birds in 2018 at Salt Lake airport