Luxury hospitality company Capella Hotel Group first unveiled plans to launch a new lifestyle concept, Patina, in early March 2020. Although the pandemic inevitably slowed some of the initial momentum behind Patina’s debut, the Asia-Pacific-focused Capella Hotel Group has remained steadfast in its commitment to expansion, recently opening its first Patina outpost, the Patina Maldives, Fari Islands, in May. Hotels editor Christina Jelski spoke with Nicholas Clayton, CEO of Capella Hotel Group, to get an update on recovery trends, Patina’s launch and where the Capella and Patina brands are headed next. 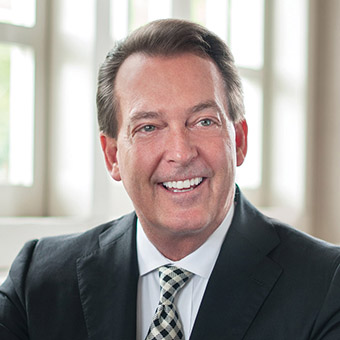 Q: What has Capella been up to since the pandemic hit, and what is recovery looking like for the company?

A: Over the last 12 months, we’ve opened three hotels, which grew our portfolio by something like 30%. For a small group like us, that’s pretty active. Along with the Patina Maldives, those new properties include the Capella Hanoi and Capella Bangkok. In terms of recovery, however, our portfolio has been mixed. Our hotels in Ubud, Bali; Hanoi, Vietnam; and Bangkok have had difficulties, because the domestic market there has lots of options and, honestly, those markets need an international traveler to be buoyant.

On the other hand, the Capella Singapore has done extremely well, because it’s a captured market for the domestic audience, and we have one of the very few urban resorts in the country. And in the case of China, you have a huge population looking for leisure options. Our hotel in Shanghai is very much a leisure hotel, so that one has done really well, and our resort in Sanya on the island of Hainan [in China] has set records and is also doing extremely well.

Q: How has the Patina Maldives fared since its recent opening?

A: That hotel has actually done quite well right off the bat. And that’s because the Maldives is open for business and doesn’t require a quarantine, only a negative test upon entry. And also, I think people feel comfortable going to the Maldives because they’re going to a destination where it’s usually a single-island resort, a very limited number of people and a place where people generally stay in villas that are quite a good distance apart.

In June and July, we were looking at 35% occupancy at the Patina Maldives, which, for a brand that was new to the market, I’d say is unusually strong. In the fourth quarter, we’ll be looking at nearly 50% occupancy for the hotel, all at what would be considered fair market rates, at around $1,500 [a night] on average, which is sensational business. People have saved a lot of money after not vacationing for some time, and when they can travel now, they don’t mind spending a few more dollars and treating themselves properly. And we’re also developing the Capella Maldives as a sister next to the Patina and the Ritz-Carlton Maldives, Fari Islands. [The Fari Islands development] actually features three separate islands with three separate resorts. You can take a boat, and people staying at one resort can actually enjoy the amenities at the other two resorts, as well. When the Capella comes online, it’ll trade at a 45% premium to the Ritz-Carlton and Patina, at around $2,200 or $2,300 a night.

Q: In addition to the Capella Maldives, what other projects does the company have in the pipeline?

A: We have four active projects being developed in Japan and additional projects in China, and our next opening is Sydney, which is set to open at the end of next year. I would say that on the development front, the Capella brand is well situated in Asia-Pacific, and we have around 20 hotels operating or under development throughout the region.

We’ve also penetrated into the Middle East region recently and made some advances there, and now we’re talking about European and North American Capella deals. And in addition to the Patina we just opened, we have three additional Patinas under development, with the next opening in Osaka, Japan. Those will all be in Asia-Pacific initially, because that’s our backyard.

Grosz Restaurant Berlin: Relaxed And Elegant At The Same Time ·

Explore the gems of ancient Greece with STUBA ·