Revealed: Cape Town is the cheapest long-haul destination for British holidaymakers followed by Tokyo (and the Seychelles is most expensive)

Cape Town is the cheapest destination for Brits looking for a long-haul getaway, new research has revealed.

The second cheapest place according to the research is Tokyo, where the 10 items cost £57.40, while most expensive for Brits is Mahe in the Seychelles, where the same products cost £192.47. 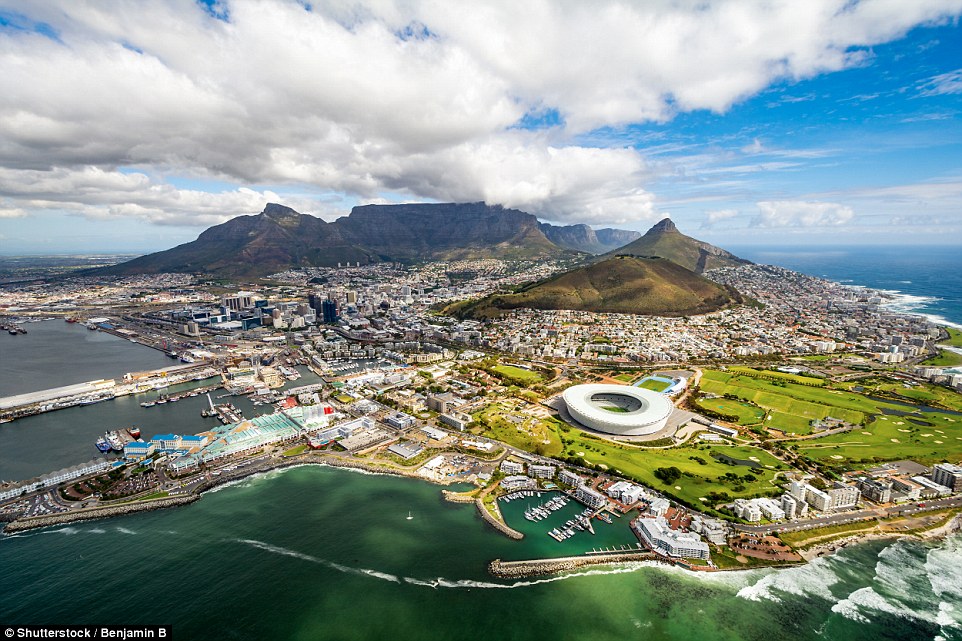 New research has revealed that Brits looking for a long-haul holiday this winter will see their money go furthest in Cape Town, where a basket of items, including a meal for two, costs £51.48

The study looked at 34 resorts and cities across the globe that are considered long-haul destinations for Brits and compared the prices of a cup of coffee, a bottle of lager, a can of Coca-Cola, a glass of wine, a cocktail, a chocolate bar, a bottle of water, sunscreen, insect repellent and a three-course meal for two.

Among the places where Brits are seeing their pounds go further is the Far Eastern destination, Bali (£63.95), which has moved up from sixth to third place, just ahead of Mombasa, Kenya (£67.11).

Bali has been boosted by a strong sterling exchange rate and a drop in local costs after last year’s steep meal price rises.

Japan and Bali are among five Far Eastern destinations to feature in the 2018 best value top 10 – indicating that the region will be a bargain choice for UK visitors this winter.

Overall, costs are down in 14 long-haul destinations and the biggest fall has been in Rio, Brazil, which has recovered from the inflated prices seen during and after the Olympic Games.

They have plunged 33 per cent since last year to £107.90 because the Brazilian real has crashed in value, moving Rio up to 12th place in the table from 30th last year.

Cancun (£78.98) returns to the top 10 in sixth place after a drop in the value of the peso and lower resort costs have not only made Mexico’s leading resort 18 per cent cheaper than a year ago, but best value overall in the Americas.

The study looked at 34 resorts and cities across the globe that are considered long-haul destinations for Brits and compared the prices of a cup of coffee, a bottle of lager, a can of Coca-Cola, a glass of wine, a cocktail, a chocolate bar, a bottle of water, sunscreen, insect repellent and a three-course meal for two

Orlando, meanwhile, is still the cheapest US destination at £81.62 for the barometer basket and has risen to seventh, its highest ever position.

Prices in the world’s theme park capital are up marginally on 2017 (+0.8 per cent) but this is simply because the US dollar is also 0.8 per cent stronger against Sterling than last September.

The recent dollar surge has also impacted the Caribbean Islands, whose currencies are pegged to the US dollar.

Jamaica (Montego Bay, £111.09, 16th) is cheapest of five islands surveyed and, although prices are up three per cent on last year’s levels, they are 22 per cent cheaper than in 2016. 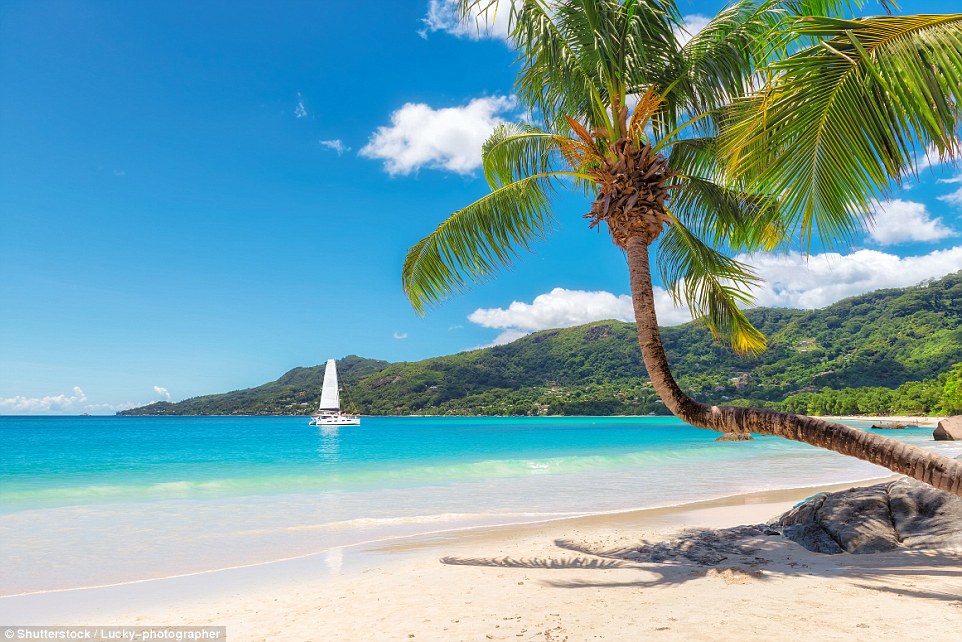 The most expensive long-haul destination for Brits is the island of Mahe in the Seychelles, where the 10 items cost a total of £192.47

Oliver Lomas, head of product & commercial at Travelbag, said: ‘Value for money and ensuring that their pound goes further is a key consideration for our customers.

‘This is demonstrated by a significant increase in bookings to the likes of Bali, Thailand and Mexico where exchange rates and in-destination costs are favourable, and of course, in South Africa, where the Pound-to-South African Rand continues to offer British travellers incredible value.’

Andrew Brown, of Post Office Travel Money, said: ‘After a summer when sterling gave holidaymakers less cash to spend in Europe, winter sun tourists will see their pounds stretch further in many of the most popular long haul destinations. However, we advise them to consider the whole picture and not just the package price before booking.’