Cameras outside the toilets could be coming to airline cabins in the not-very-distant future.

They’re being trialled now, and one version has cameras outside the toilets that the aircraft manufacturer says will help crew redirect passengers to other bathrooms if there is a long queue and signal when someone has spent an unusually long time inside. 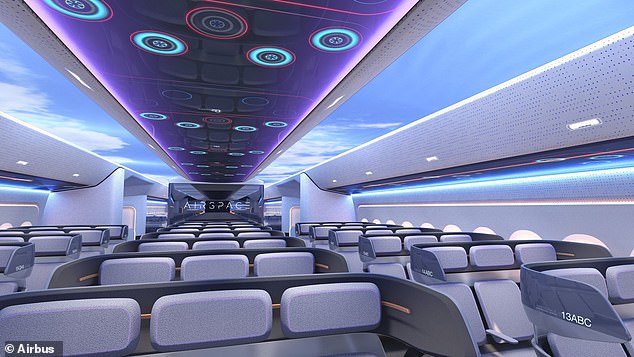 Cameras outside the toilets could be coming to airline cabins in the not-very-distant future, according to Airbus

The cameras will be part of a system that will alert crew if it thinks the soap or toilet rolls may need replenishing.

Airbus insists the cameras won’t invade privacy as they will not be collecting data on how long passengers have spent in the bathroom and will blur faces.

Ingo Wuggetzer, VP marketing at Airbus, told CNN: ‘This information might go to the crew – but it’s completely decoupled from any personal passenger information.

‘It’s an anonymous solution. And this should help the passengers find the fastest way to the lavatory.’

He also added that the cameras will be just an option offered to airlines.

Controversy has been in the air over the use of cameras on board aircraft.

Singapore said the cameras were disabled, but it led to speculation that in-screen working cameras could be used to spy on passengers during flights in the future. The three US airlines also said that they had never activated the cameras and had no plans to use them.

The new Airbus cabin, called the Airspace Connected Experience, will also be fitted with wireless sensors to collect on-board data about passenger habits, as we reported last year.

Sensors embedded in the seats will relay how often a passenger goes to the lavatory, their sleeping patterns and what angle they recline their chair to. 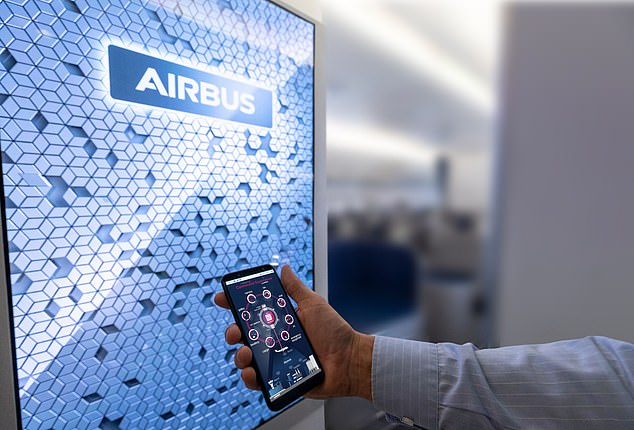 Meanwhile, sensors in the TV screens will allow analysts to track what type of media is most popular, allowing them to better tailor the content to client needs.

In the galley, sensors embedded in the trolley units will indicate when stocks are running low and what meal choices or beverages prove most popular.

While below decks, sensors in the cargo hold would mean that airline staff will be able to monitor the temperature and capacity levels to help keep pets safe and precious goods undamaged.

Airbus says these features will allow carriers to ‘usher in a new personalised experience for passengers and provide opportunities for improving airlines’ ancillary revenues and operational efficiencies’.

Testing of the new cabin technology is taking place on board an Airbus A350-900.

10 of the best budget hotels in Berlin