Trying to pay for a tour of a prison and photographing rubbish bins: Brits reveal the most ridiculous things they’ve seen tourists do in the UK

Boasting royal palaces, ancient monuments and beautiful countryside – visitors to the UK are spoiled for choice for sights to see.

But it appears some tourists find the local rubbish bins equally mesmerising.

That’s according to an online thread that is now chock-a-block with tales of visitors to the UK doing things that, in the eyes of locals, are patently silly. 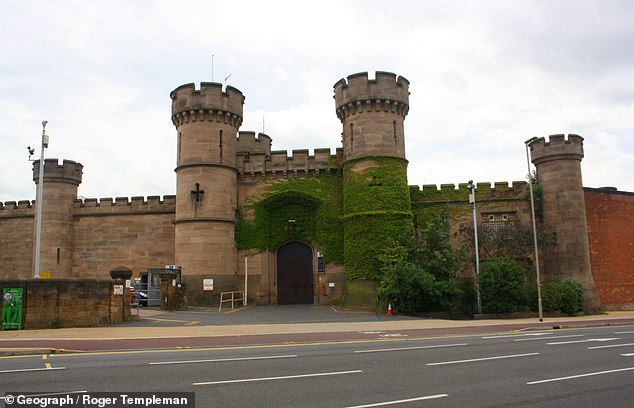 One Brit said he saw Spanish tourists ask for a tour around HM Prison Leicester, pictured, after they mistook it for a castle

The discussion started after this question was posted to U.S online forum Quora: ‘As someone who lives in the United Kingdom, what is the most ridiculous thing you have witnessed a tourist do?’

One contributor was Rich Carvell, who explained that he once saw Spanish tourists attempt to buy a tour around HM Prison Leicester, a Victorian building that has a faux medieval fortress facade.

He said that a group approached the prison gatehouse enquiring ‘how much ticket for castle?’

When the gate officer replied that it is an actual prison, the tourist persisted, asking ‘how much to go in?’

When the officer stressed again that it’s a real prison, one of the tourists twigged and told the group: ‘Él dice que no es un castillo. Es una prision [he says it’s not a castle. It is a prison].’

Meanwhile Lydia Coutts also had a bizarre encounter with visitors to the UK, on Edinburgh’s Royal Mile.

She said: ‘As I ambled down the pavement I saw a large gaggle of Japanese tourists frantically taking photos of a rubbish bin. Not a unique or artsy rubbish bin; just a bin.

‘They were jostling one another out of the way as if it were the Mona Lisa or Michelangelo’s David.’ 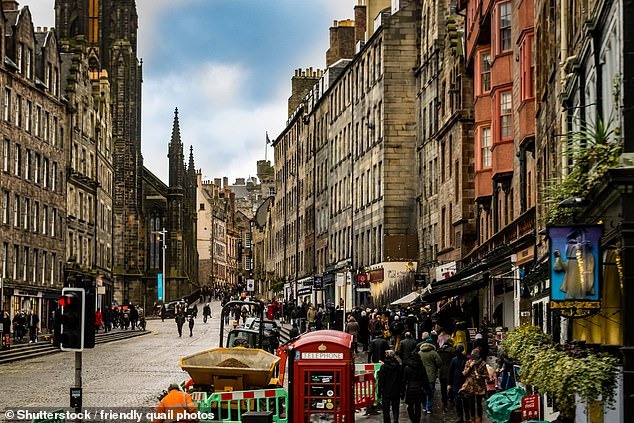 One woman said she was perplexed to see a group of Japanese tourists taking pictures of a bin on Edinburgh’s Royal Mile, pictured

Mark Phillips added that he once found some confused Japanese tourists wandering around the centre of Leeds, looking for a castle.

He said: ‘I was asked in very good although accented English, “Excuse me, can you tell us the way to Leeds Castle please?”

‘I looked perplexed. “Leeds doesn’t have a castle?” I answered.

‘”It does!” one tourist insisted and thrust under my nose a pamphlet clearly showing a castle and entitled “Leeds Castle”. “Leeds Castle,” I said, trying not to laugh,”is in Kent.”‘

Michael Burden chipped into the discussion with a humorous story about a Jane Austen fan from Germany he encountered in his local library in the Nottinghamshire town of Mansfield.

He said: ‘Like many foreign tourists, she was interested in places here in the United Kingdom that have literary connections, and were the homes of famous authors or playwrights or the settings of famous novels or plays.

‘It soon became clear to me that she must have read the novel Mansfield Park by Jane Austen.

‘Having arrived in the town of Mansfield, she was therefore now asking the library staff to give her directions to the Mansfield Park featured in this novel.’

And James Gambleton explained he too came across a lost literary fan on a train from London’s Liverpool Street to Southend. 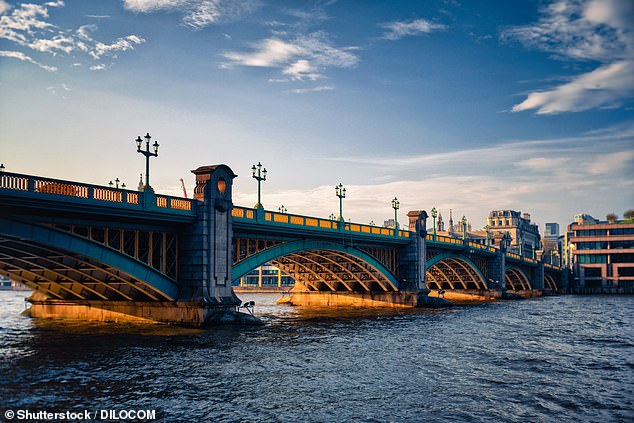 The pronunciation of Southwark Bridge, pictured, confused one pair of American tourists – who were looking for Sutherk Bridge

He said: ‘I started to talk to a American lady and her son who were on holiday in England. She told me she was a Shakespeare fanatic and this will be her only chance to visit his home town.

‘We were approaching Stratford station and she said to me that she was very excited and started to get her things together, then it dawned on me that she thought that Stratford in east London was actually Stratford-upon-Avon.

‘I asked that did she realise that she was not at the Bard’s hometown but in a rundown part of London (pre-Olympics). The look on her face was of complete horror and then she asked how she can get to Stratford-upon-Avon.’

While Guy Blackwell told of a time he came across some rather lost tourists in Cambridge who were trying to drive to Scotland.

He said: ‘I asked them where they were headed, imagining they were on the way to the university.

‘I was frankly shocked when they told me they were driving to Scotland and were they nearly there as they had been driving for 11 hours!

‘It transpired that they had circumnavigated the M25 at least one and a half times!’

Navigating London can also prove difficult for non-UK tourists and Paul Haden shared a story about two moaning American visitors who had spent hours on the Tube.

He explained: ‘They were travelling a relatively short distance, from South Kensington to Victoria and it had taken what seemed like hours, with numerous stops.

‘Being British my wife refrained from pointing out that they were on the Circle Line, which is, as the name suggests, circular and trains run in both clockwise and anticlockwise directions.

‘Instead of the two-stop anti-clockwise journey it should have been, they had travelled around most of Central London clockwise.’

While Mick Bacon recalled a funny encounter with some American tourists on Southwark Bridge in central London.

He said: ‘One of London’s bridges, called Southwark Bridge, is pronounced Sutherk.

‘I was approaching two obviously American tourists who had their heads down engrossed in their iPhones.

Harrison Jones also explained that his friend had a extraordinary encounter with a couple of tourists to the UK in his own house in St Albans.

He explained: ‘A friend of mine was sat with his family about to tuck into dinner when the door to their house (opened directly onto the street) opened and two tourists walked in. 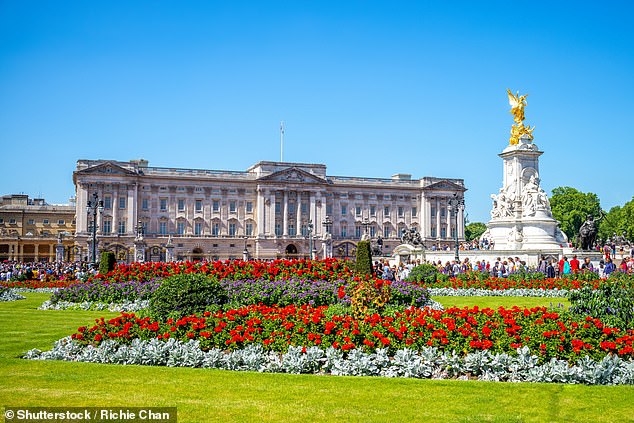 ‘They began taking photos of the exposed beams in his living room – house was in conservation area – completely ignoring my mate and his family.

‘When challenged, these two Americans seemed to think that because the house was old on a street of old houses that it was some sort of tourist attraction.’

Ian Williams joined in the discussion with a story about a tourist getting very angry with a policeman outside Buckingham Palace.

He explained: ‘One morning I was walking past the front entrance of the palace just after the changing of the guard and watched as a very irate American gentleman was arguing with the palace police protection officers.

‘Why was he so angry? He had arrived too late and missed the ceremony. He was spitting with rage, gesticulating wildly and shoving his camera in the officer’s face to hammer his point across even more, like that made it any more valid.’

‘As I walked past him – and I kid you not – I actually heard the words: “I came from AMERICA to see this, they can do it again!”‘

While John Chapman recalled how he saw some visitors become completely confused by a British breakfast staple.

He said: ‘Years back, before I started college, I worked as an assistant manager in a hotel. I was helping in the kitchen one morning when one of the waiters came in struggling to control his laughter.

‘Apparently an American family had heard that a traditional English breakfast was kippers, toast and marmalade.

‘He had served them and later saw that they had placed the kippers on the toast and then smothered them with marmalade.’

How gentrification is upending streets across Paris

Armistice day: Lest we forget