Airport queues in the UK could be set to increase as more nationalities are permitted to use the biometric passport gates, it has been revealed. Seven countries have been permitted to use e-passports to travel through Britain, Philip Hammond said in his spring statement yesterday. These include citizens of the US, Australia, Canada, Japan, New Zealand, Singapore and South Korea. However, leaked documents seen by The Guardian show that the waiting time of UK citizens would be impacted by the changes.

Currently, only passengers from the UK, EU, EEA and Switzerland are able to use biometric passports.

Citizens from other countries are required to complete paper landing cards and present them to border officials.

The addition of these seven other countries will slow journey times down for Britons as more and more travellers join the queue for the e-passport gates.

This could lead to increasing frustration at UK borders and anger towards staff.

The papers say that “Home Office analysts have examined and modelled the impact of an expanded cohort using the e-passport gates,” reported The Guardian. “The result indicated a small impact on e-passport queue length.

“The immigration rules will continue to apply as they do now. This change is being introduced in consultation with various partners across government.” 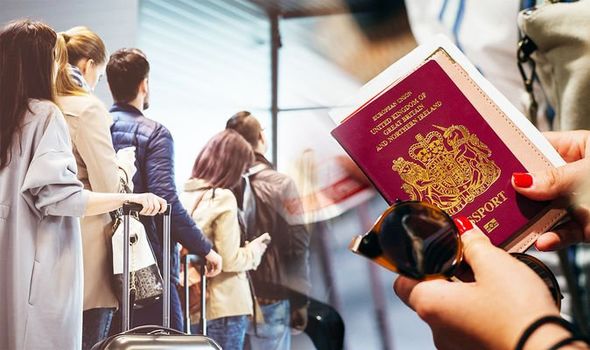 E-passport gates use facial recognition technology to compare the passenger’s face to the digital image in their passport.

There are now 259 e-passport gates in operation at 14 ports around the UK and juxtaposed control locations.

The gates can be used by travellers aged 18 and over who are travelling using a biometric or ‘chipped’ passport. Those aged 12 to 17 years old, and who are accompanied by an adult, are also able to use them.

The first e-passport was issued in 2006. According to HM Passport Office website: “These e-passports introduced a new design with additional security features, including a chip with the holder’s facial biometric.”

They were updated in 2010 and then again in 2015. The site stated: “The new UK series B e-passport was introduced through a phased implementation from December 2015. 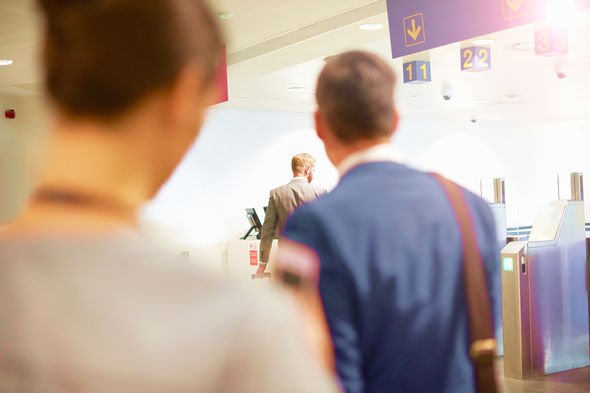 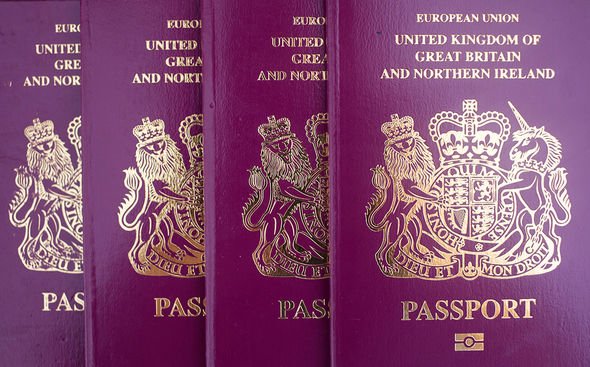 British Passport through the years

The evolution of the British passport through wonderful vintage pictures.

A 32-page passport with a dark cover, commonly known as the old blue style, came into use in 1920

“For security reasons, the biodata page (personal details page) forms one continuous sheet of paper with the rear end page and is at the front of the passport.”

Brexit means UK passports will change design this year – but the new blue cover cannot be guaranteed in 2019, it has been revealed.

Post-Brexit passports issued after 30 March will no longer say the words “European Union” on the front.

The design will eventually change from burgundy to blue but this has been revealed to be a later stage of the process.

This could frustrate Brexit-backing Britons who hoped to see a marked change in the document immediately after the UK’s divorce from the EU.

Lewis said every Briton would be able to request one from October 2019. He added: “I recognise that for many people who voted in that referendum, they want to see that things are different.”

Get bang for your buck on the Three Capes Walk ·

Barack Obama Prefers to Stay at a Hampton Inn — Here's Why