Home » Travel » British Airways flyers lose £1,000 after being denied boarding their US flight 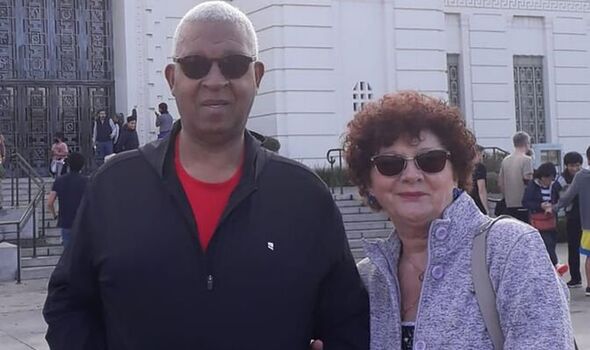 Derrick and Sheila are demanding a £1,000 refund from the airline after delays on their initial flight from Manchester Airport to Heathrow caused them to arrive late at the west London hub. Despite being told by the pilot their next flight would wait for them, they were left upset and stressed when they arrived and were told they could not board their transatlantic journey to Los Angeles.

They were supposed to see their son Christopher, 38, for the first time in two years due to the pandemic – and attend his wedding.

But Derrick, 69, and his wife were crushed to miss their flight.

They were offered an alternative flight 24 hours later, which they say they had no choice but to accept.

Speaking to My London, Derrick said: “We had already waited two years to see our son, and it was a day lost of our holiday – we had to cancel restaurant reservations and other plans.

“Flights to America are not cheap, and we are still waiting to hear from British Airways about a refund and compensation. If I can help it, I never want to fly with them again, and I’m looking at other airlines for our next trip.”

It’s been four months since the experience but the couple, of Oldham, Greater Manchester, are yet to receive a refund or compensation for alleged damage to their luggage.

Derrick continued: “We had to pay £70 to arrange another PCR test as the ones we took on December 22 became invalid. At an extra cost to us, we tried to arrange this at the airport – it took around five hours to get them done.

“All this time at the airport there was no customer service of any description, no help or support from anyone. Also, one of our bags was damaged when the wheel was broken on the flight from Manchester. The whole experience of travelling with British Airways is one I will not forget and do not wish to experience again ever.

“We’re owed around £1,040 for the delayed flights, our extra Covid tests cost £70 and I also wanted to claim compensation for my wife’s damaged suitcase. Even just the stress of the whole thing took its toll.”

When the couple boarded the alternative flight the next day – Christmas Eve – they were initially sat at opposite ends of the plane.

After the pair protested, they were eventually upgraded to business class, where they were content, and they eventually arrived in Los Angeles just a day later than expected.

A spokesperson for British Airways said: “We are sorry that our customers were delayed in getting to Los Angeles due to matters beyond our control. We got them on the next available flight and provided overnight accommodation. Our crew on the flight looked after them and we have been in contact with the customer to resolve the matter.”

Derrick says British Airways has agreed to refund the money for the coronavirus tests, but has not mentioned anything about getting compensation for the delayed flights.

In an email seen by My London, a customers relations worker told him: “We’ve reviewed your claim and we’re unable to pay you back for the damage this time. This is because we only pay for damaged baggage if customers let us know within seven days of receiving their bag, and your claim fell outside this period. However, you may be able to claim through your travel insurer.”

Ethical traveller: Be nice to Iceland

What are the UK Christmas travel rules?

Notre Dame Fire: The Treasures Now At Risk From the Flames