Britannia is rated the worst hotel chain for the SEVENTH year running by Which? with reviewers finding a ‘grubby bath, damp smells and stained sheets’ at one of its properties

Britannia Hotels has been rated as the worst UK hotel chain for the seventh year running in an annual survey by Which?

And shocking images taken by the consumer champion at one Britannia property show why the firm fared so badly – they depict a clogged ventilation fan and paint peeling from a window frame.

The easyHotel chain is second-bottom and the Ibis Budget brand is third-bottom, while Premier Inn is top for the fifth year running, sharing the title with Wetherspoon Hotels. 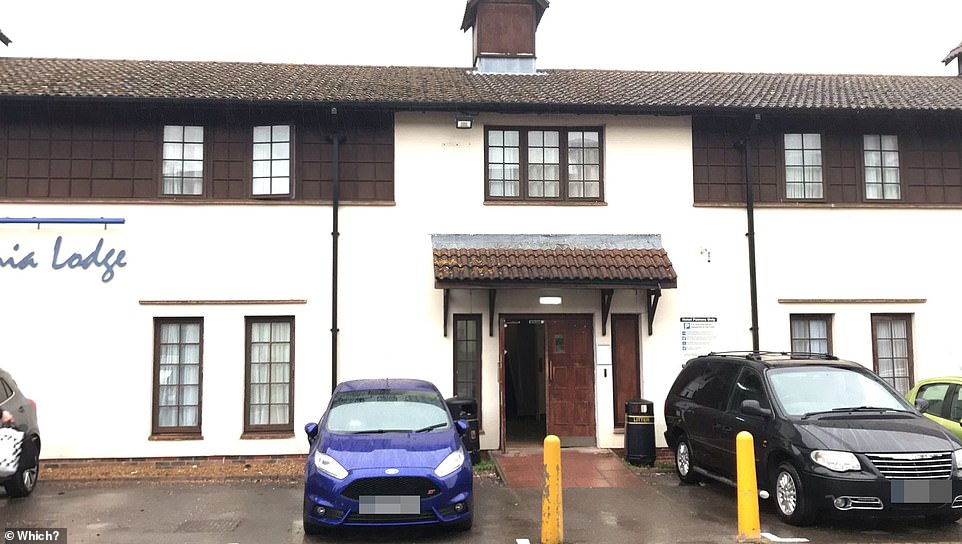 Britannia Hotels has been named as the worst hotel chain for the seventh year running by consumer group Which? Pictured is Britannia’s Lodge at Gatwick, where a Which? reviewer stayed 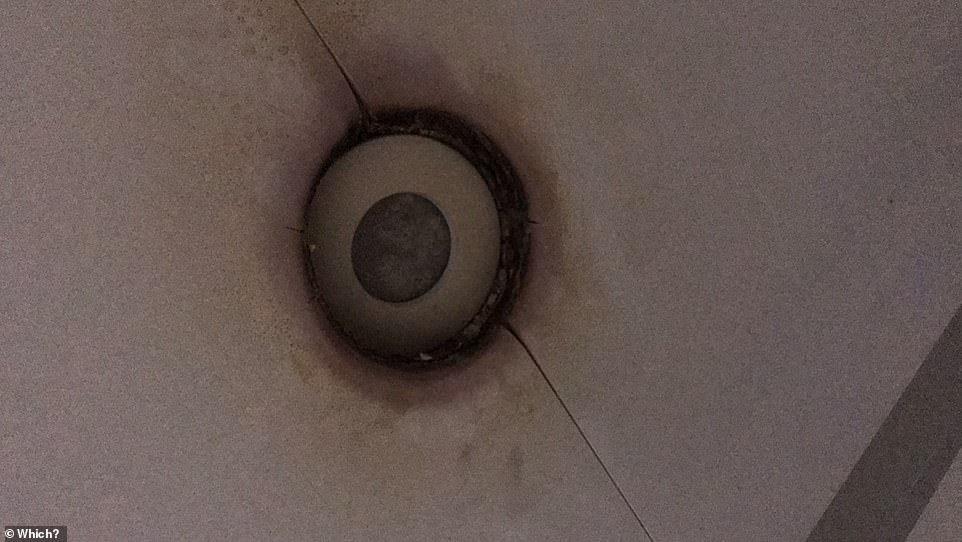 A Which? researcher who stayed at Britannia’s property at Gatwick said they were greeted with ‘damp smells emanating from a clogged ventilation fan’ (pictured) 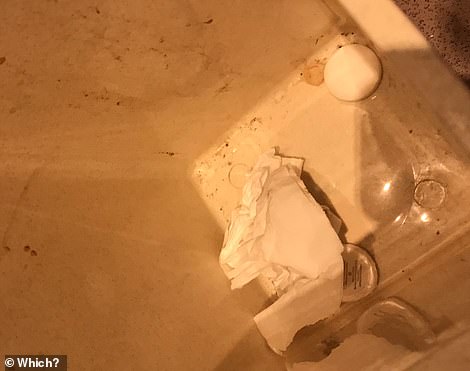 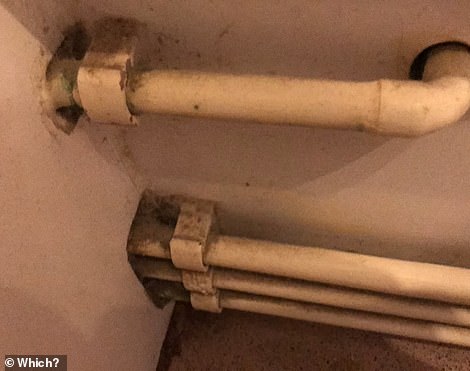 The Which? reviewer found rubbish had been left in the bin (left) and dirty pipework (right) 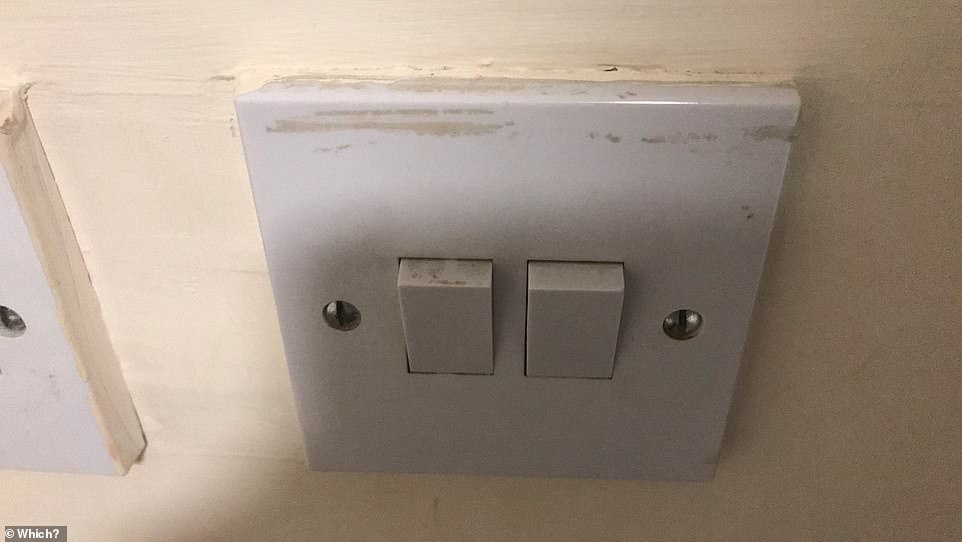 Which? says cleanliness proved to be a particularly sore point, with guests repeatedly using words such as ‘filthy’, ‘dreadful’ and ‘scruffy’ in their descriptions of the chain’s properties. Pictured is one of the light switches in Britannia’s Gatwick hotel

For the study Which? surveyed 8,197 guests about their stays with UK hotel chains, asking them to assess cleanliness, bedrooms, bathrooms, the beds, food and drink, the communal areas, customer service and value for money.

It says that guests gave Britannia, which has 61 hotels across the UK, a string of one-star ratings in almost every category including value for money and food and drink – with an overall satisfaction score of 39 per cent.

Which? says cleanliness proved to be a particularly sore point, with guests repeatedly using words such as ‘filthy’, ‘dreadful’ and ‘scruffy’ in their descriptions of the chain’s properties.

It reports that on average, Britannia guests were 10 times (31 per cent) more likely to rate Britannia poorly in this category than across almost all the other hotel chains (three per cent).

One guest even told Which? that the chain’s hotels ‘should all be closed down for the safety of the people who have the misfortune of staying in one’.

Which? sent a team to the Britannia Lodge at Gatwick to investigate its standards – and they filmed the experience.

On entering their room, the Which? reviewers train the camera on a clogged ventilation vent, with one remarking that it seems to be ‘full of gunk and dirt’, resulting in a damp smell.

They then film a window frame and point out how it’s ‘very dirty in the corner with the paint peeling’.

In the bathroom, they show a bin that hasn’t been emptied as well as a bath that is described as ‘grubby’.

The team also train an ultraviolet light on the bed sheets to show up any stains that are not visible to the naked eye.

‘There’s this stain here, not sure what that is,’ says one of the reviewers as they peer at the linen.

The same ultraviolet light is also shone on the wall surrounding the toilet, showing up more stains, with one of the Which? team remarking: ‘Probably the less said about that the better.’

The video ends with the team filming the curry and lemon sponge that was on offer in the hotel’s restaurant. 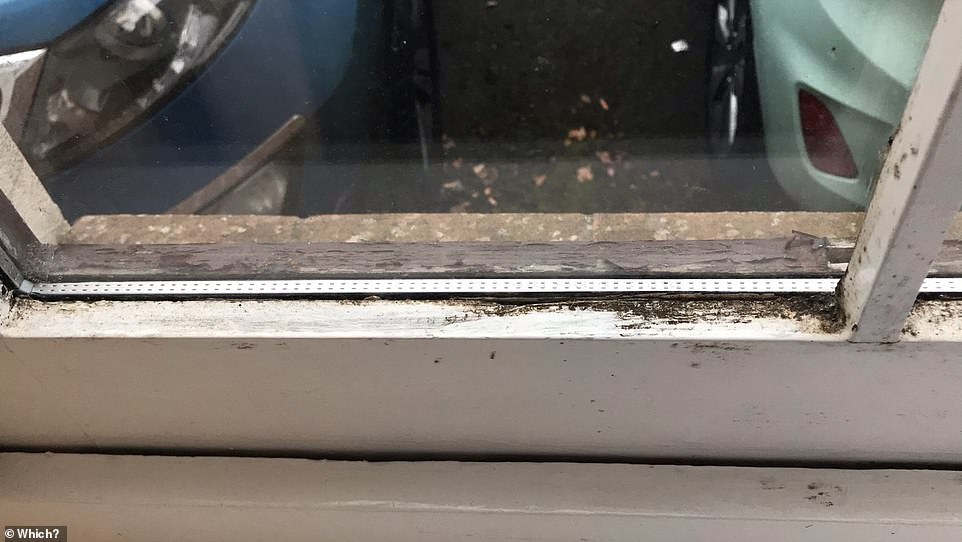 The Which? reviewer found paint peeling from a window frame at the Britannia Lodge Gatwick 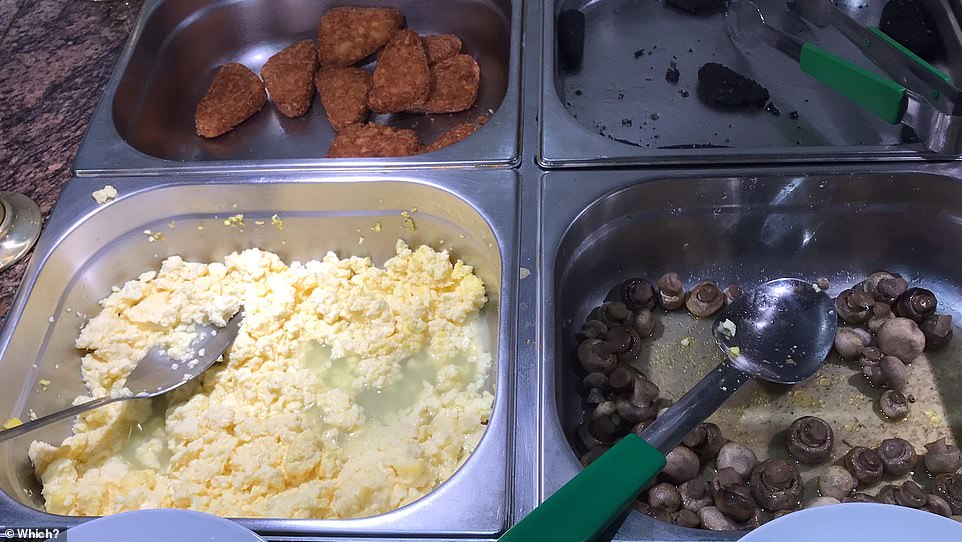 This is the breakfast on offer at Britannia’s Gatwick hotel, though the Which? team made no comment about it. Britannia has 61 hotels across the UK 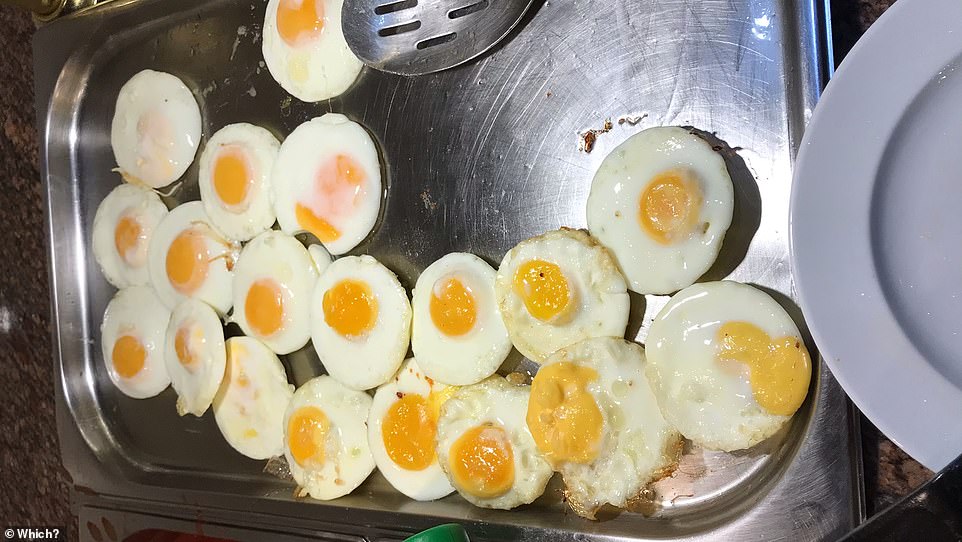 Britannia received a string of one-star ratings in almost every category including value for money and food and drink – with an overall satisfaction score of 39 per cent. Pictured is the breakfast at the Gatwick hotel

EasyHotel, which is on average cheaper than Britannia, had a 58 per cent customer score and managed to avoid any one-star ratings.

But Which? says it was rated mediocre in most categories, earning two stars in areas including bathrooms, bed comfort and bedrooms.

When Which? visited one of the budget chain’s sites in London’s Old Street, the researcher said the recently refurbished property had ‘all the charm of a hospital ward’.

Meanwhile, one customer who had stayed in the hotel told Which?: ‘Don’t stay there unless you’re very drunk and there’s no way of getting home.’

Ibis Budget was slightly better rated, with a customer score of 60 per cent. 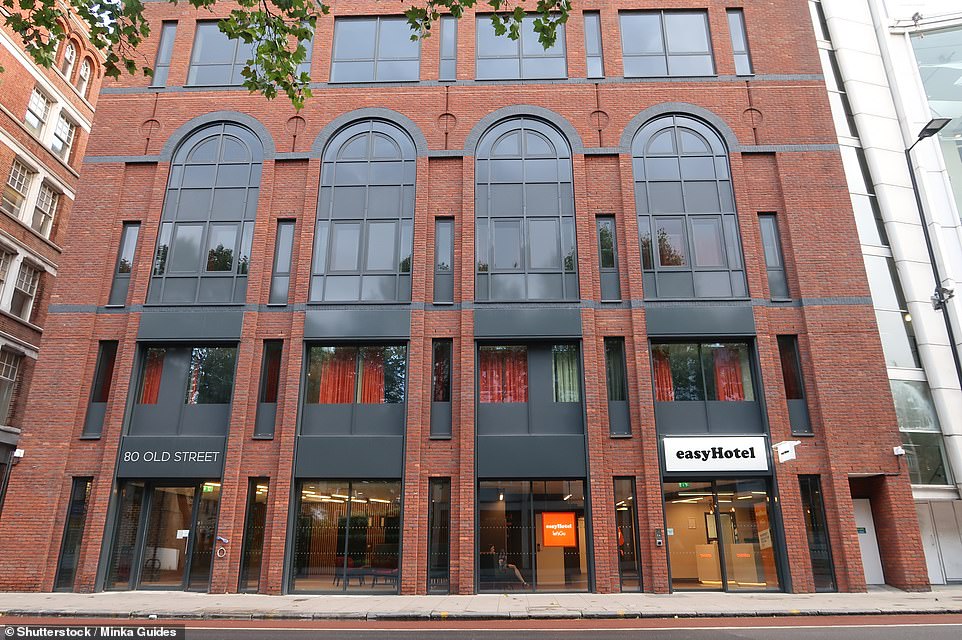 EasyHotel’s branch on Old Street in London. Which? says it was rated mediocre in most categories, earning two stars in areas including bathrooms, bed comfort and bedrooms

While it scored three stars for customer service, value for money and cleanliness, Which? says it was let down by the quality of its rooms and its food offering.

At the other end of the list, Wetherspoon Hotels made it to the top of the rankings for the first time, with an overall customer satisfaction score of 79 per cent.

Guests raved to Which? about this chain, praising its ‘huge stylish rooms’.

It earned a full five stars in the bedroom quality category and, with prices as low as £39 for a one-night stay and breakfast just £5 extra, five stars for value for money.

When Which? went to visit the chain’s Bottle Kiln hotel in Harwich, photographs of local scenes were noted for giving the room some character – something less likely to be seen in the notoriously uniform Premier Inn.

The reviewer’s only criticism was that the bathroom was not quite as spotlessly clean as it could have been.

A three-star rating for cleanliness in the survey suggests this is an area Wetherspoon could target for improvement, the consumer group says.

A table showing the top and bottom of the Which? hotel ranking, with Premier Inn and Wetherspoon Hotels sharing the top spot

Rory Boland, Which? Travel Editor, said: ‘There really is no excuse for the grubby bathtubs and filthy rooms that we have seen year after year with Britannia so it is best to avoid them completely and go almost anywhere else.

‘If you are looking for a cheap and cheerful stay in the centre of town you would be better off choosing the ever-reliable Premier Inn or a Wetherspoon Hotel, where even with paying extra for breakfast you can expect extraordinarily good value for money.’

‘Repeat bookings and customer feedback paint a very different picture indeed [to the Which? survey] and we are hugely proud of the amazing service that we provide night after night after night.’

A spokesperson for Ibis Budget Hotels said: ‘Ibis Budget branded hotels offer outstanding value for money, as highlighted by the Which? report, with the joint lowest average price of all the chains surveyed. The research also recognises the good customer service and the cleanliness of our hotels.

‘Analysis of customer feedback, based on a large sample aggregating 73,000 reviews across platforms including Booking.com, Google and our TrustYou survey, shows an average score for UK & Ireland ibis budgets hotels of 78.2  out of 100 for 2019.’

Sample the delights of Spain with STUBA ·

If You've Been Sitting Too Much, These Wellness Tools Can Help With Any Stiffness or Soreness