Revealed: Bansko in Bulgaria is the cheapest place in Europe to go skiing this winter while Banff is best value for money in North America

Bankso in Bulgaria is the cheapest place in Europe for Brits to go skiing this winter, a new ranking has revealed.

It beat the Italian resort of Bardonecchia, which is named as the second cheapest place to enjoy a getaway on the slopes. 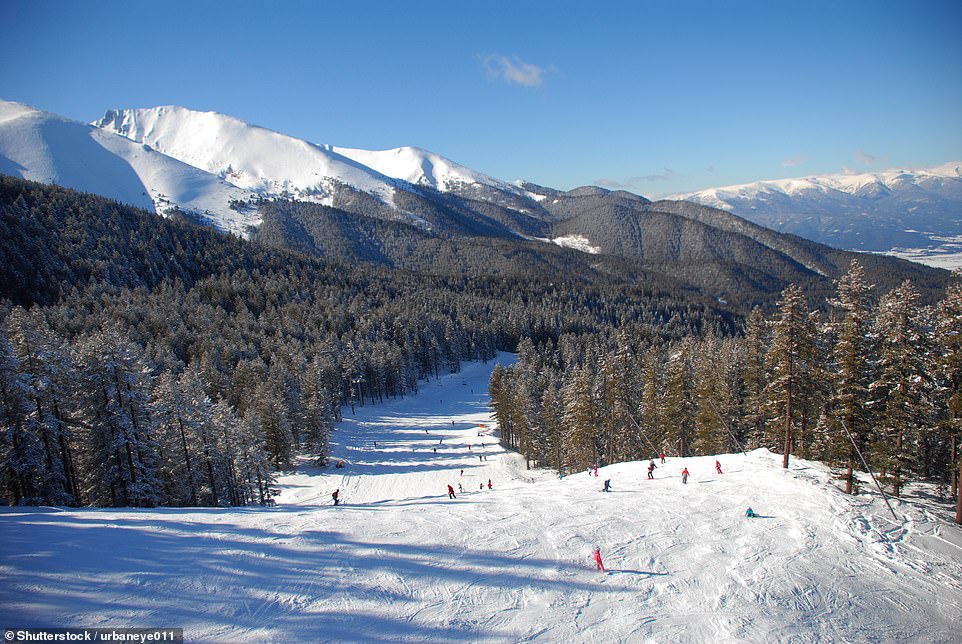 Bankso in Bulgaria, pictured, is the cheapest place in Europe to go skiing this winter, a new report by Post Office Travel Money has revealed

The ranking was revealed in the 12th annual Post Office Travel Money ski resort report, which is produced with Crystal Ski Holidays.

To compile the list, researchers looked at the prices of ski essentials such as equipment hire, lift pass, ski tuition, lunch on the slopes and a range of drinks.

This year’s report revealed that prices have fallen marginally in Bansko to £405.20 and Bardonecchia to £451.66 to help pull them ahead of last year’s cheapest resort of Kranjska Gora in Slovenia.

However, Italy is the cheapest country overall, boasting four resorts in the best value top 10. 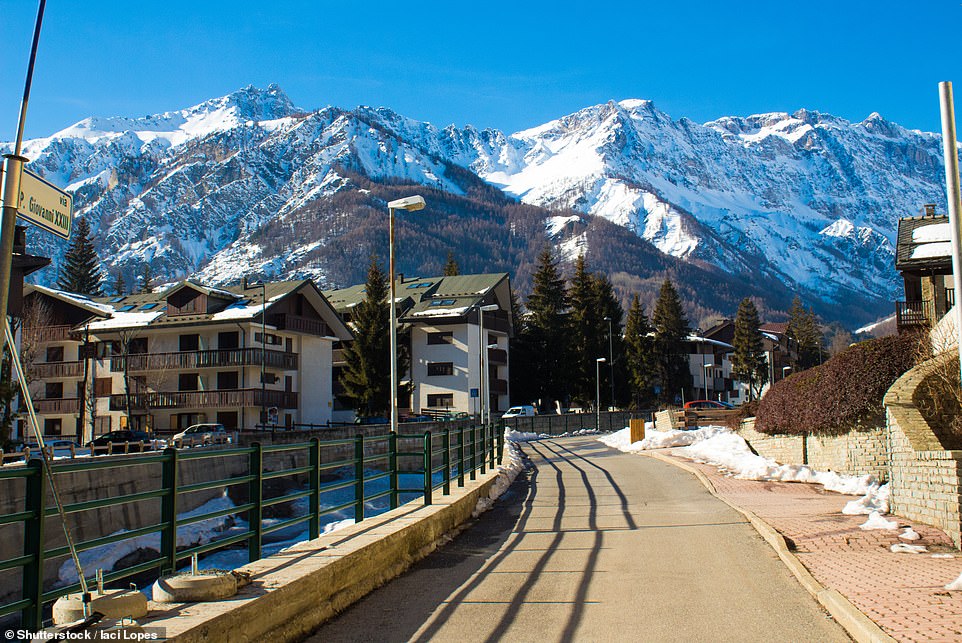 The Italian resort of Bardonecchia, pictured, is named as the second cheapest place to enjoy a getaway on the slopes. Italy is the cheapest country overall, boasting four resorts in the best value top 10

Sestriere is in seventh place (£529) after recording a 1.4 per cent increase in prices compared with last year.

By contrast, there are no French ski resorts in this year’s top 10. The cheapest of five surveyed was Morzine (£608) but a 7.6 per cent rise in prices means the resort has fallen two places to 11th in this year’s table. 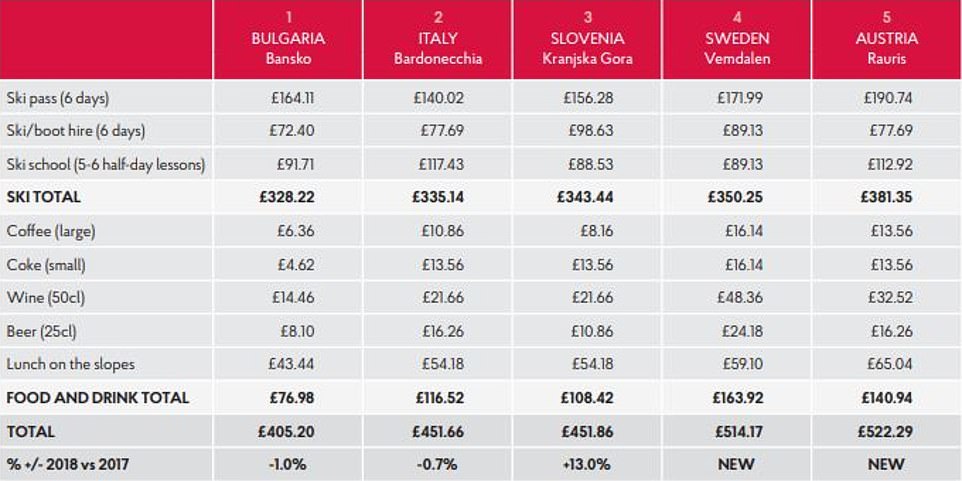 The ranking was revealed in the 12th annual Post Office Travel Money ski resort report, which is produced with Crystal Ski Holidays. Pictured is a table showing the five cheapest resorts

However, in Serre Chevalier (15th place) the same ski essentials cost just under £637, only 3.6 per cent more than a year ago.

Vemdalen (£514) proved to be the cheapest of the five and has taken fourth place in the table ahead of all the Austrian, French and Swiss resorts surveyed. 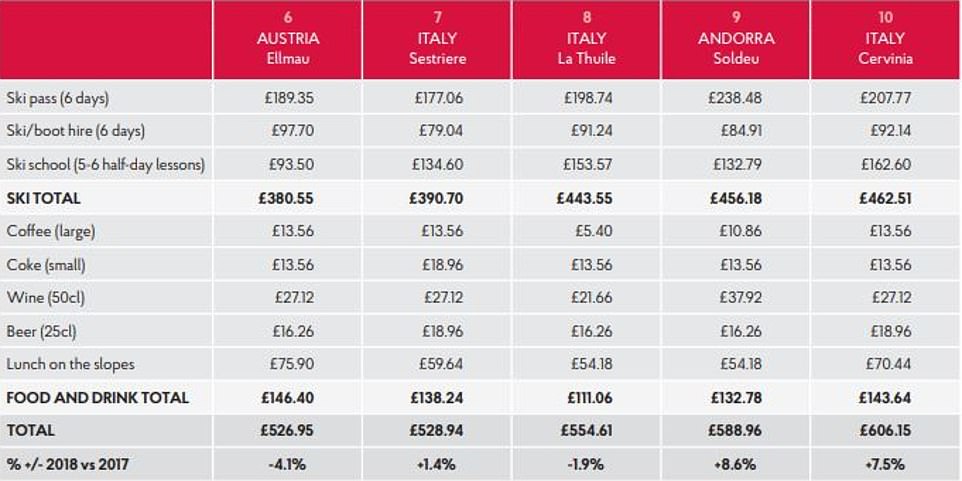 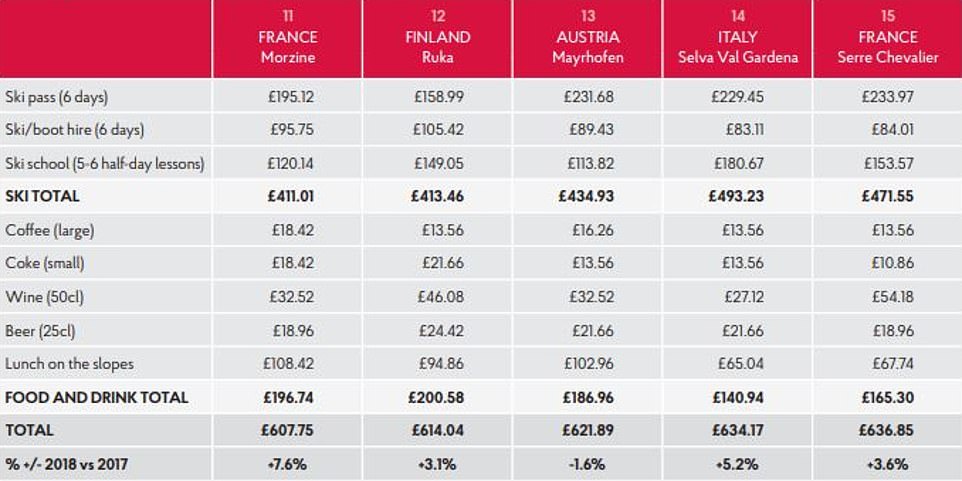 To compile the list, researchers looked at the prices of ski essentials such as equipment hire, lift pass, ski tuition, lunch on the slopes and a range of drinks

Rauris has emerged as best value of five Austrian resorts and is slightly cheaper than Ellmau at around £522 compared with £527.

However, prices in Ellmau have dropped by over four per cent since last year, the biggest fall among the 25 European resorts.

Zermatt again proved to be the most expensive resort surveyed in Europe at £1,026, although prices are down marginally (-0.3 per cent).

Interestingly, the cost of living in the Swiss resort is over two-thirds (69 per cent) higher than in Cervinia, across the border in Italy and the only other resort with access to the Matterhorn.

New addition Grindelwald (£871) proved to be almost two per cent cheaper than the cost in nearby Wengen last season.

In North America, where pricing excludes ski tuition this year, prices in Banff came in at £563 per week.

The Canadian resort was 40 per cent cheaper than Vail (£933), again the most expensive in North America. 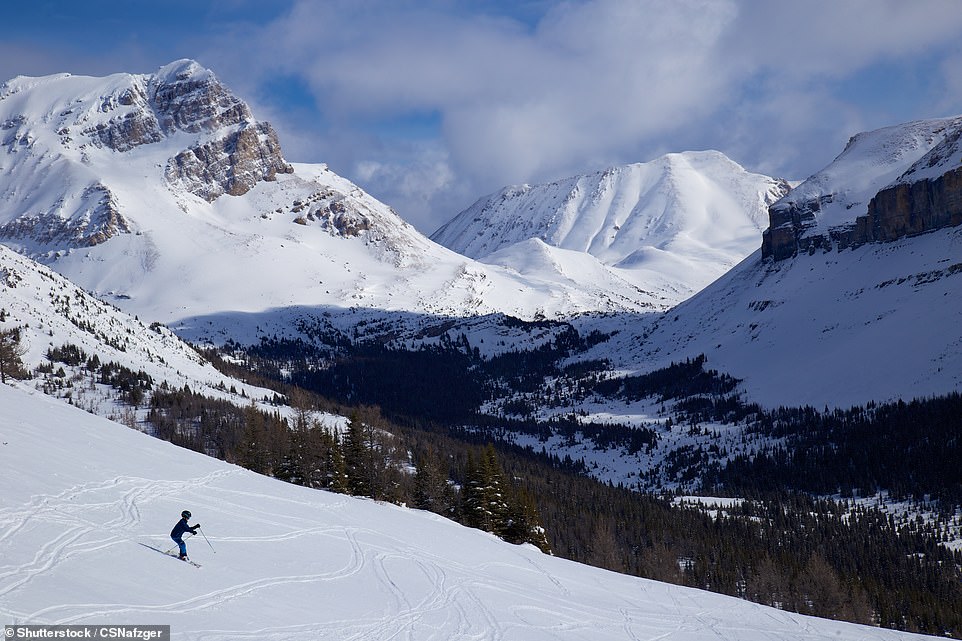 In North America, where pricing excludes ski tuition this year, prices in Banff, pictured, were cheapest coming in at £563 per week

Andrew Brown of Post Office Travel Money said: ‘There is no denying that Bulgaria is a great destination for cash-conscious skiers. Not only are prices in Bansko at least 10 per cent lower than in its closest competitors, but ski essentials cost less than half those in a third of the European resorts surveyed – including top ones in France, Austria and Switzerland.

‘With growing pressure on the holiday purse, resort costs should be a key factor in deciding where to ski this season. Sterling is currently stronger against currencies for most European ski resorts compared with last year so it is local prices that will make all the difference.

The table shows that the Canadian resorts of Banff, Tremblant and Whistler are cheaper for skiiers than Breckenridge, Heavenly and Vail in the USA

‘We found big variations in costs across the eurozone so we urge people to do their homework and check the Ski Resort Report prices on our website before booking.’

While Chris Logan, Crystal Ski Holidays managing director, added: ‘Bulgaria is known for being a great value destination for ski so it’s little wonder Bankso has taken the top spot this year, but it’s great to see so many other resorts in the mix for price conscious customers.

‘We’ve also got some new resorts featuring in the report for this year, including Rauris in Austria where we’ve featured offers such as free lift pass and equipment hire for children up to the age of 12, making it even better value for money for families.

‘Pre-booking ski passes and equipment is another way those heading to the mountains this winter can reduce their costs.’

‘I’ve never seen sand so white in my life’: ‘Dr. Beach’ picks Hawaii beach as best in US

Cruise secrets: Ex ship crew reveals what he wishes he could tell guests to never do

What to eat in Japan – A Luxury Travel Blog