One ale of a course! Beer Lovers’ Marathon in Belgium gives runners the opportunity to taste 15 different beers along the way in track-side pop-up taverns

It’s another marathon for runners who aren’t terribly fussed about achieving a personal best.

MailOnline Travel reported recently that there’s a marathon in France where wine is available at the drink stops.

Now we can reveal that there’s a similarly hedonistic race in Belgium – the Beer Lovers’ Marathon, held in the city of Liege, which gives those taking part the opportunity to sample 15 different beers as they slog around the 26-mile course. 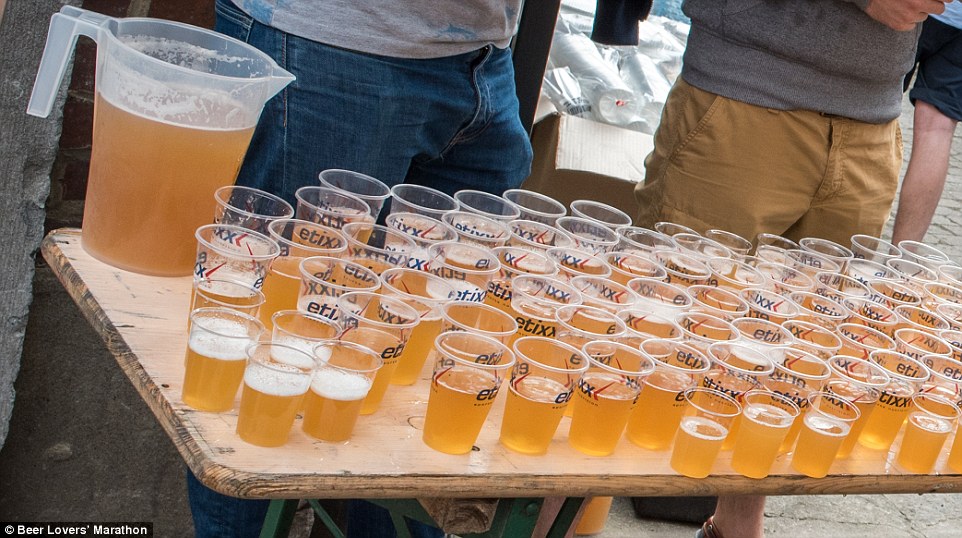 One of the rest stops at the Beer Lovers’ Marathon, held in the city of Liege, where runners can sample 15 different beers as they complete the course 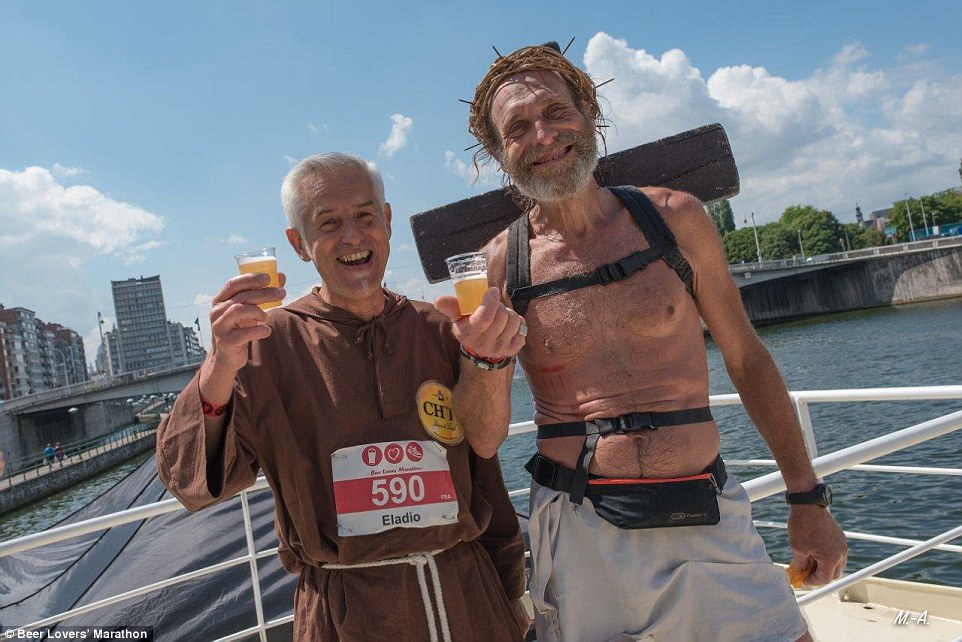 Two runners toast their endeavour at one of the 15 stops on the 26-mile course. The 15 beers available to sample are all from Belgium 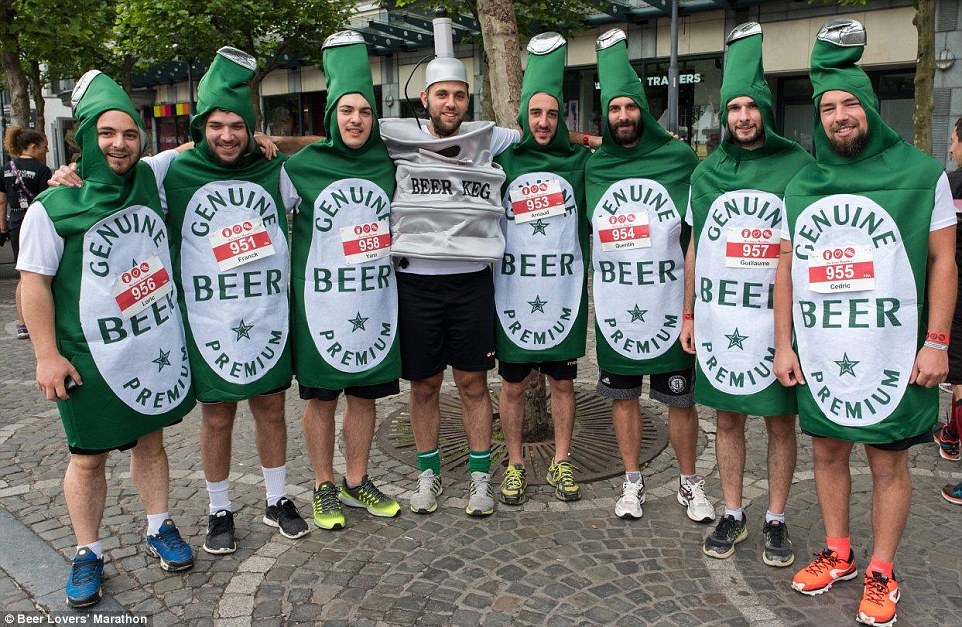 As well as the usual supplies of water, the course is dotted with cunningly placed pop-up ‘taverns’, each offering glasses of Belgian beers.

Runners can grab a glass as they run the course while DJs and bands provide music and a party atmosphere.

However, the organisers warn that runners should get some training in before tackling the course as the first six miles include climbing 374 steps. 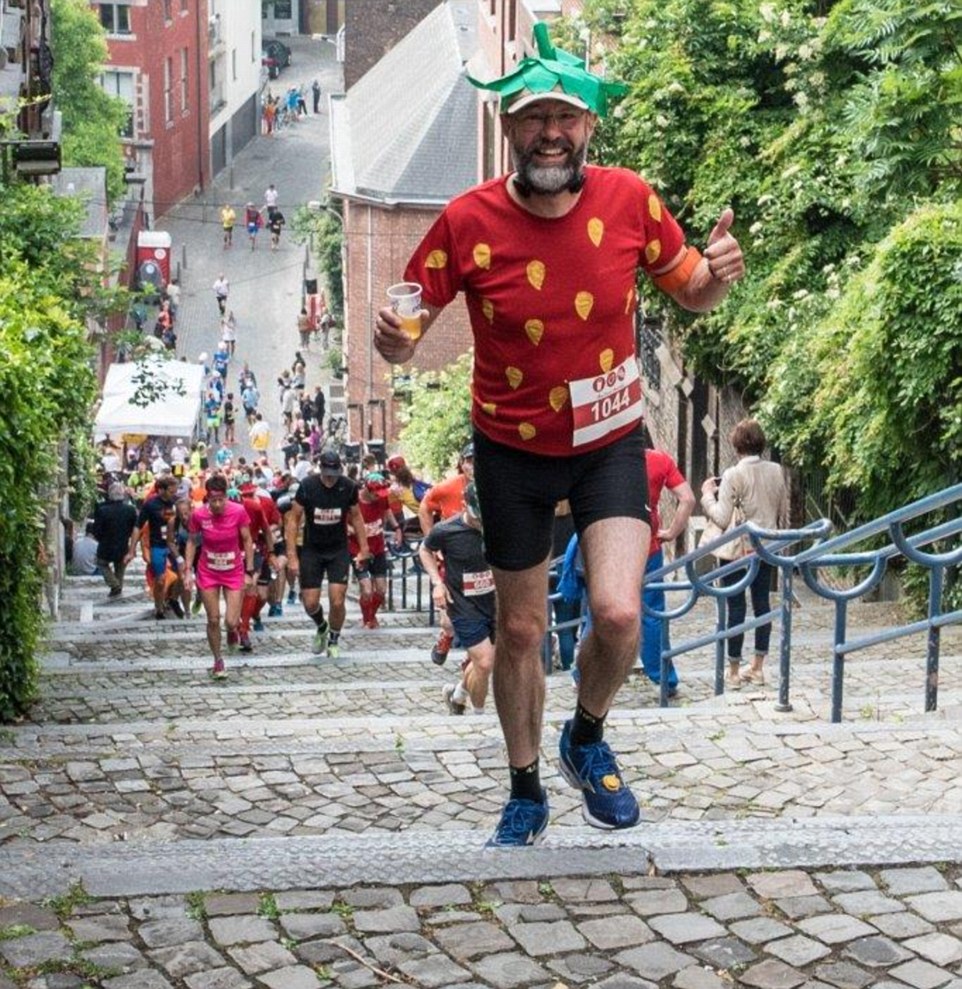 Stepping to it: Complete with a beer in hand, a runner is photographed at one of the early uphill sections 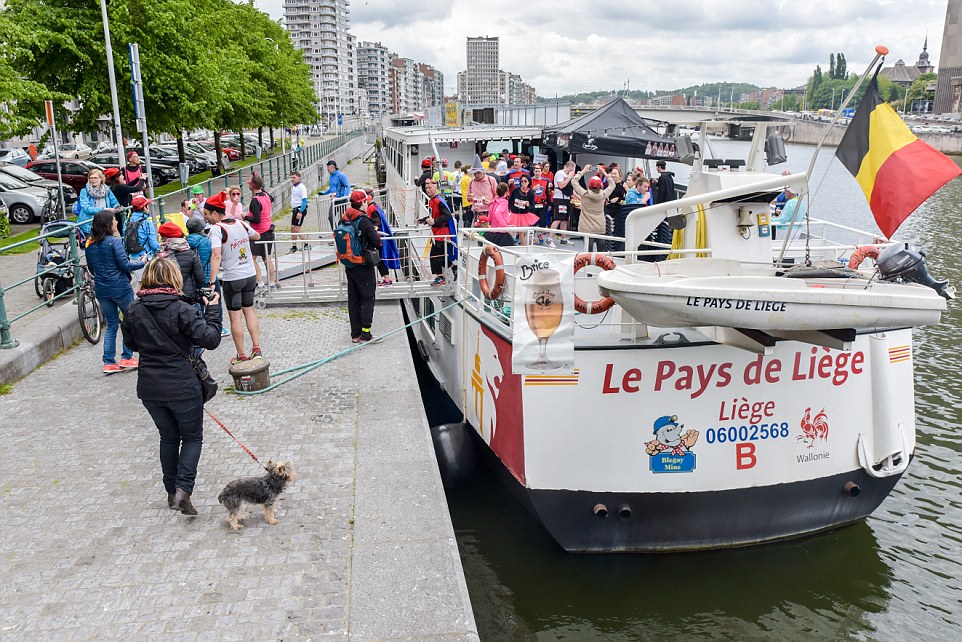 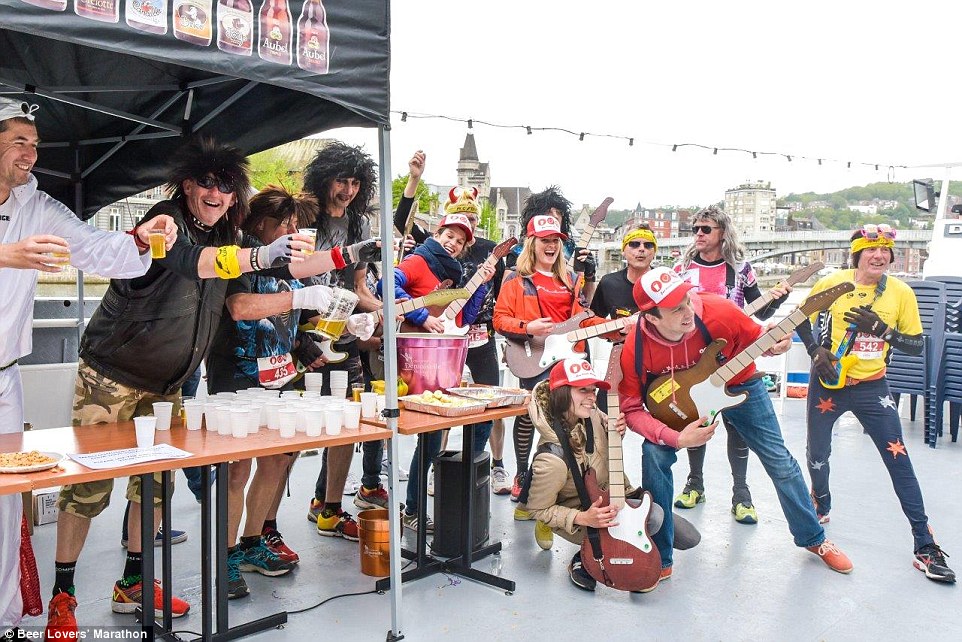 The next race takes place in the city of Liege on June 9, 2019, and runners are encouraged to wear fancy dress

But after that, the rest of the course is flat, meaning all runners have to concentrate on is sampling the beer and completing the marathon.

Participants have six and a half hours to run the race and can then look forward to an after-party with bands performing – and even more beer.

The next race takes place in the city of Liege on June 9, 2019, and runners are encouraged to wear fancy dress. 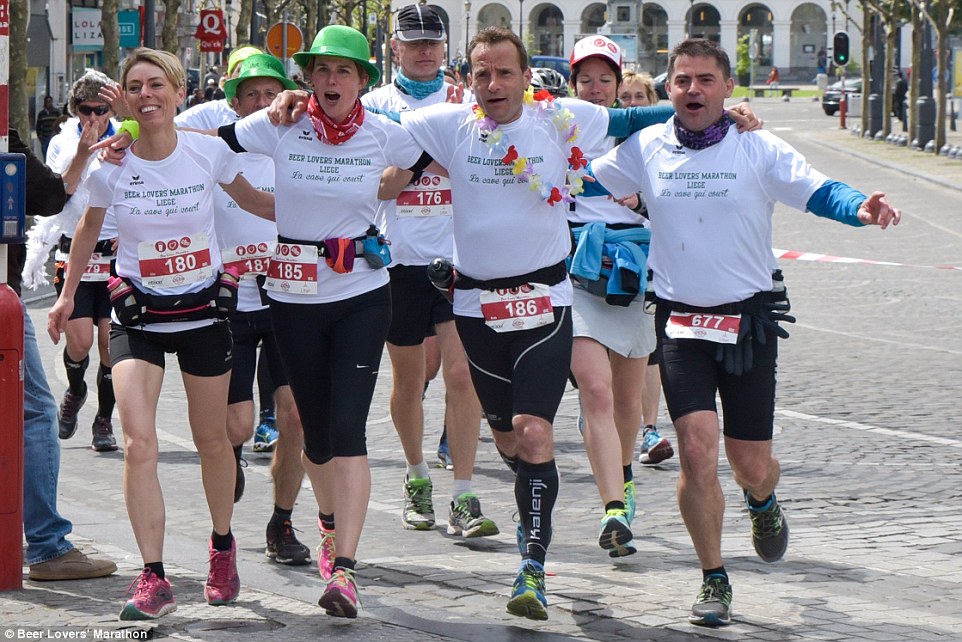 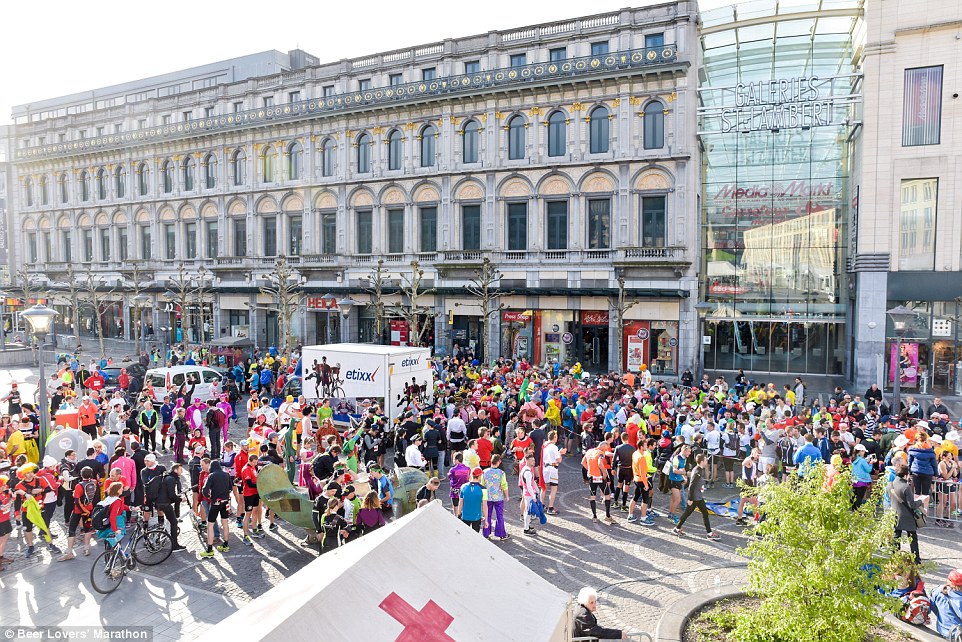 The beer marathon was inspired by the Marathon du Medoc in France, where runners drink vintage wines at the rest stops

The beer marathon was inspired by the Marathon du Medoc, which takes place in the Paulliac region of France.

The 26-mile race in France meanders through some of the world’s finest vineyards.

And there are vintage wines available at every one of the 21 drink stops as well as oysters, foie gras, cheese, entrecote steak and ice cream.

Belize: A Country Whose Star Continues to Rise