ORLANDO — Disney is known for its nighttime shows, many of which have reached cult status among fans.
“Wishes in the Magic Kingdom” comes to mind — its 2017 demise was widely lamented, but its replacement, “Happily Ever After,” used new projection technology that elevated the show to another level.

I hope the same is true for Epcot’s nighttime spectacular. “IllumiNations: Reflections of Earth,” a personal favorite since its debut 20 years ago, ended earlier this year. I watched it for the last time in August. Fittingly, I was standing next to a young boy seeing it for the first time, whose exclamations of “Wow!” and “Did you see that?” peppered the entire show, reminding me of my first time watching nearly 20 years ago as a kid his age.

IllumiNations was showing its age, but I was still sorry to see it go.

Now, Disney guests are waiting for the next nighttime spectacular in Epcot, “HarmonioUs,” to open next year. In the interim, they’ve been given a placeholder show: “Epcot Forever.”

The show combines elements ranging from fireworks to lasers to pyrotechnics to lighted kites being guided by personal watercraft on the lagoon below — a personal favorite. 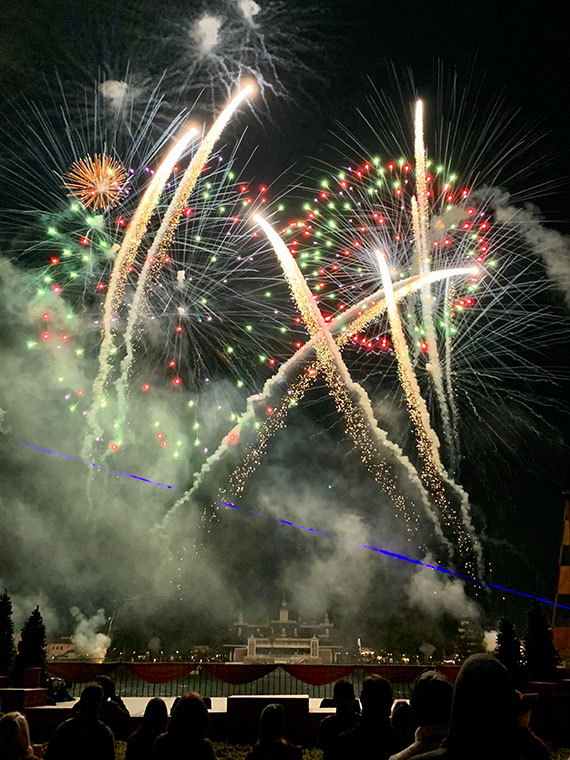 It’s almost entirely set to tunes from classic (and, in most cases, defunct) Epcot attractions like Journey into Imagination’s “One Little Spark” and Horizons’ “New Horizons.” It even featured more obscure throwbacks, like a song from the Tapestry of Nations Parade that ran for two years around the turn of the century.

It was a nostalgic trip down memory lane for me. While the significance of most of the score will be lost on younger guests, it seems to cater to those who recall the Epcot of old, before Future World began the massive transformation it’s undergoing today. And it’s got plenty of fireworks and other visual delights to entertain the younger set.

The only part of the show that missed the mark for me was its ending and the only non-Epcot song played: “A Whole New World” from the animated film “Aladdin.” It was a slightly heavy-handed nod to the changes coming at Epcot, and while I appreciate a good transition, I wish “Epcot Forever” had stuck to its namesake.

French Polynesia Closing Its Borders to All Tourists

Spain weather warning: Tourist hotspot hit by tornado – is it safe to travel?