Barcelona flights were thrown into chaos by protests yesterday and disruption is still in play this morning at El Prat Airport. The protests are part of a string of spontaneous gatherings across Catalonia in Spain. Yesterday, protestors took to the streets of Barcelona, including swarming the El Prat Airport, following the news that nine Catalan separatist leaders would be facing prison sentences. Regional emergency service SEM said 53 people were treated for injuries at the Barcelona airport while Spain’s airport operator AENA said at least 108 flights were cancelled.

The airport itself tweeted earlier this morning that further flights were cancelled today.

“All American Airlines flights from Barcelona to New York, Miami, Chicago and Philadelphia have been cancelled,” El Prat airport posted.

However, British Airways confirmed only a return leg of a flight from yesterday was affected earlier this morning.

A SWISS spokesman confirmed three flights were cancelled yesterday, adding” “Today we expect the flight operation to continue as normal but we will see what the next few hours will bring.”

Express.co.uk has contacted Vueling, KLM and Lufthansa for further comment on flight disruption. 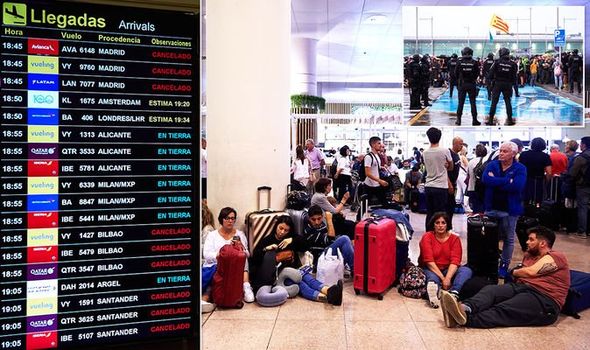 Passengers in Barcelona have taken to social media to share their travel misery today.

One traveller with Vueling complained of huge queues. He tweeted: “Baggage check-in not working. No one working at the check-in desks.

“Lines absolutely massive. Not a fun place to be at the moment and can only imagine it getting worse here if nothing changes quick @vueling #barcelonaairport.”

He also shared a video of Terminal One which shows huge crowds of impatient fliers standing in the airport.

Others were concerned about the impact of protests on flights for the rest of the week.

One concerned flier tweeted: “@lufthansa I have a flight to Barcelona tomorrow – what are the chances this will get cancelled? Anybody know if more protests are planned? Getting really nervous.” 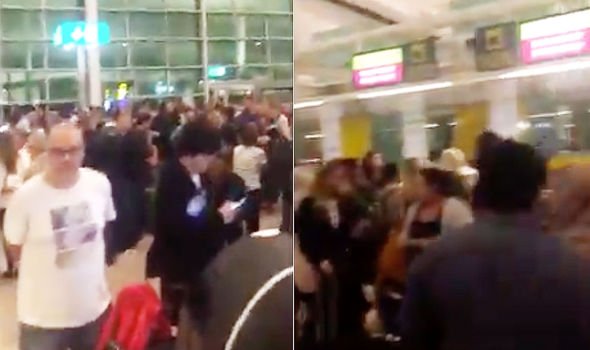 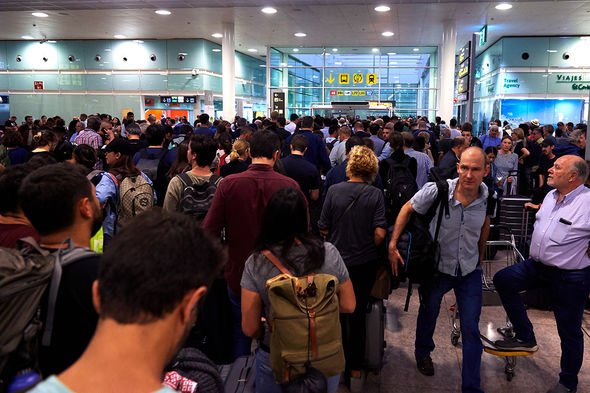 Some passengers are reporting no issues at the airport, however. One person tweeted: “We arrived at the airport at 6.30 this morning with no issues whatsoever! All seems quiet for now.”

Another wrote: “For anyone wondering about the #barcelonaairport things seem to be moving now.

“We were able to have a cab drop us at the airport, check-in & drop baggage off. Just waiting in a massive security line to get to our gate, but that’s a given with the events of yesterday. Safe travels.”

This marks a stark contrast to yesterday which saw police infiltrate the airport, releasing teargas and using batons in a bid to calm the masses.

Chesterfield is a fascinating English town and still retains its charm