Even the hardiest of frequent fliers can get a little bit uneasy when a plane hits turbulence at 35,000 ft.

And for some nervous flyers, the prospect is enough to put them off taking trips altogether.

Now, scientists are warning that bumpy flights are set to become the norm and that those bumps are going to get bigger.

As global warming increases, vertical wind shears of the type that jolt and bump airplanes in flight are predicted to get stronger and more frequent.

These wind shears are known as ‘clear air turbulence’.

And while storms and weather systems can be seen on radar and avoided, clear air turbulence can not. 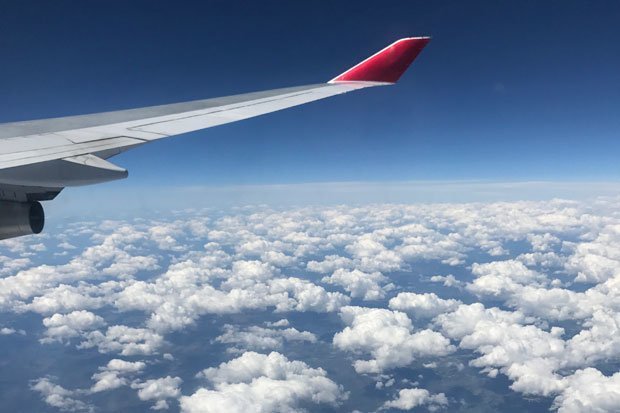 Until planes are in the midst of it, there are few ways for the pilots to know it is coming.

According to Paul D Williams, professor of Atmospheric Science in the Department of Meteorology at the University of Reading, the phenomenon will be worse during the winter time and over the North Atlantic Ocean – one of the busiest aviation routes in the world.

He says: “The prevalence of transatlantic wintertime clear-air turbulence will increase significantly in all aviation-relevant strength categories as the climate changes.”

Turbulence can range in severity and falls into four categories – light, moderate, severe and extreme.

The potential negative effects hit the headlines recently when a flight from Istanbul to New York encountered severe turbulence over Maine shortly before landing, last week.

The crew declared an emergency while the Boeing 777 was still in the air, according to the Federal Aviation Administration.

29 people were taken to hospital once the Turkish airlines plane landed safely, including one suffering a broken leg.