British Airways said it would resume flights to Cairo following a week’s suspension, having reviewed its security measures.

BA flights to and from the Egyptian capital will start again on Friday, it said in a statement.

The flag carrier suspended flights on Saturday as a precautionary measure. 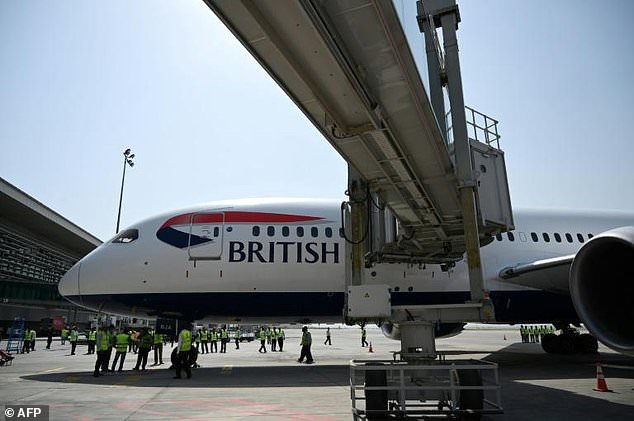 British Airways has said it would resume flights to Cairo following a week’s suspension, having reviewed its security measures

‘Following a thorough assessment of the security arrangements, we are pleased that our service to and from Cairo will resume from Friday,’ BA said.

‘The safety and security of our customers and crew is always our priority, and we would never operate an aircraft unless it was safe to do so.’

The airlines, two of the biggest in Europe, gave little explanation as to what triggered the moves.

However, the decision may have come about as a result of growing concerns over ISIS activity in Egypt.

Warnings: Foreign Office advice for the region mapped out

ISIS fighters operate within the Sinai peninsula in Egypt but there are indications their activities are spreading, including to the capital city.

ISIS terrorists bombed a Russian jet over Egypt’s Sinai desert in 2015 killing all 224 on board. Britain banned flights to beach resort Sharm el-Sheikh after the incident.

In its travel advice for British nationals heading to Egypt, the Foreign Office in London warns: ‘There’s a heightened risk of terrorism against aviation.

‘Additional security measures are in place for flights departing from Egypt to the UK. You should co-operate fully with security officials at airports.’