Britain at its best: Bishop Auckland in Durham is the king of the castles

Outside Auckland Castle, there’s a parking space reserved for the Bishop of Durham. This is one of the last vestiges of the once enormous powers of the Prince Bishops of Durham.

Granted extensive privileges by William the Conqueror, the bishops ruled County Durham like kings from the 11th century until 1836.

Climb the new steel and larch Auckland Tower in the centre of Bishop Auckland and you can see the heart-stopping landscape left by the bishops. Ahead of you are the prickly Gothic spires of Auckland Castle — no longer lived in by the Bishop, but partly used for his office — hence the parking space. 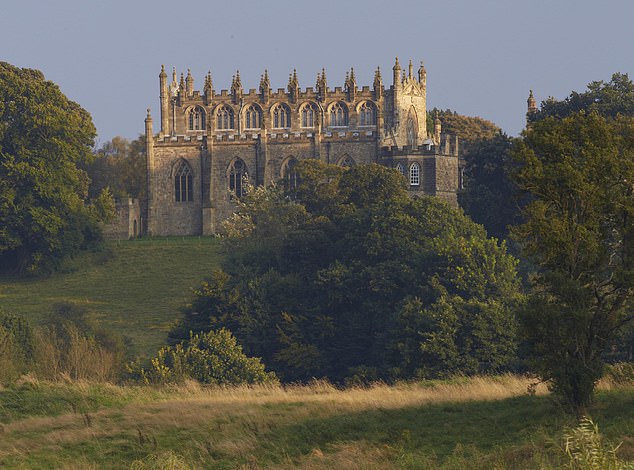 Medieval marvel: Auckland Castle is set to reopen to the public after a £150 million refurbishment

Wrapped round the castle are the River Wear and rolling hills of the 200-acre deer park, created as a private hunting ground for the prince bishops, and now a public park, complete with the bishops’ fishponds, an 18th-century bridge, an ice house and stone pyramid.

Next Saturday, Auckland Castle reopens after a £150 million refurbishment that has revived not just the castle, but the whole pocket town of Bishop Auckland.

The castle is in a splendid mishmash of styles: from the 12th-century chapel (the largest private chapel in Europe), to the wedding-cake Gothic of the 18th century. How different the castle and town are from seven years ago.

In 2012, the Church of England wanted to sell the castle’s greatest treasures: the Biblical paintings of Jacob And His Twelve Sons, by the Spanish master Francisco de Zurbaran, which had been in the castle since 1756.

Just when this collection was about to go under the hammer, enter Bishop Auckland’s fairy godfather, former investment banker, Jonathan Ruffer.

In 2013, he gave £15 million to buy those fabulous pictures — and Auckland Castle itself. 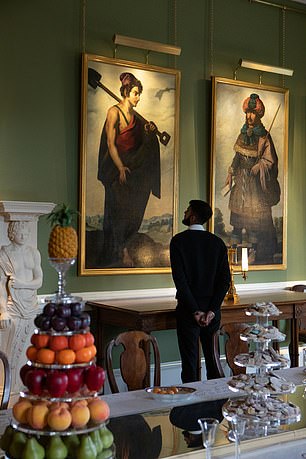 Look down from Auckland Tower and you’ll see the new Mining Art Gallery — the only gallery of its kind in the country — with 420 works by local artists, many miners, including Tom McGuinness and Norman Cornish. Opposite the Mining Art Gallery there will soon be a Spanish Gallery, housing 17th-century masters from Ruffer’s collection in a converted bank. It will be the only gallery in Britain dedicated to Spanish art.

Art history scholars from Durham University are housed in the castle’s Elizabethan lodge. A Faith Museum (Ruffer is a devout Christian) will open next to the castle in 2020.

In the south-facing walled garden — where some of Britain’s first pineapples were grown in the 17th century — there will be a walled garden and restaurant.

In 2016, Ruffer set up Kynren — An Epic Tale of England, a live outdoor show recreating English history and legend, from the Roman conquest and King Arthur’s quest for the Holy Grail, to Churchill’s wartime leadership.

Still, Bishop Auckland is now so full of life — artistic, architectural, theatrical — you need never leave the town and castle to enjoy the full spoils of a medieval Prince-Bishop’s existence.

Celebrate an Irish Christmas with a medieval twist ·

The Cleanest Airlines in the World, According to Passengers