Every May, Apple Leisure Group celebrates Agent Appreciation Month with special promotions. This year, it fell as the company wrapped up a complicated merger of its bookings systems after its acquisition last year of Mark Travel. Senior editor Jeri Clausing talked with COO Jeff Mullen about the merger, its impact on service levels, what agents can expect going forward and what they are doing to thank agents for their patience.

Q: We are in the middle of Agent Appreciation Month. Why was it so important for you this year? 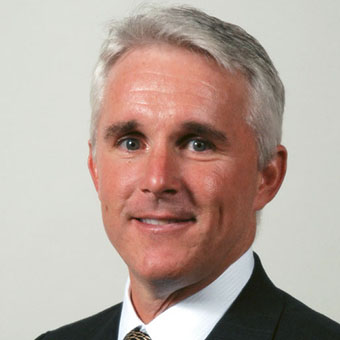 A: It’s particularly important to us this year because of the integration the company has been going through the last several months. We knew the merger was going to be difficult, as it was kicking off in late fall and going through the peak booking and travel season of the winter. Then there were winter storms and things like the Southwest 737 Max issue that we didn’t foresee. It’s never a great time to merge systems, and that put more emphasis on it.

This month is a bit of an acknowledgement of the difficulties that agents went through — that we all went through — and we are trying to say thank you in a different way.

Q: What exactly are you doing that is different?

A: We started back in March, easing into it with a big sale. We had probably twice as many suppliers on both the air and hotel side. So we had really good deals out there for spring and summer. We followed that up in April, particularly on the family side. Now, in May, we are doing fams. We have a campaign that revamped, reacquired and reunited with agents as we get the service back to where it usually is and all breathe a sigh of relief. We want to get back to serving and visiting with agents and are putting together additional promotions and training now that we have the resources to get out into the community and get them familiarized with the new booking tool.

We have a heavy emphasis on what’s coming. Agents who are used to the Mark system will be quite pleased with the functionality that they will have. And I think some of the agents who were heavy bookers with Apple and Travel Impressions will be pleased to see that we are taking the best ideas from their systems and folding them in, as well.

Q: So it sounds like you can now see the light at the end of the tunnel?

A: Yes. We are already seeing some improvements on the servicing side. It started with Travel Impressions in the fall. They are back to normal, and in some cases there are pockets where they actually improved. Apple service struggled, but it was migrating right in the height of the season. Their service center is now answering more calls quicker. Now, we are focused on some of the other brands. For example, the Funjet brand, we used a lot of that talent to help train the Apple and Travel Impressions people. As a result, there was a gap in resources to handle all of that volume.

Q: Despite the complications, how would you say it went overall?

A: Overall, I am very pleased, and the biggest reason for saying that is because of what we’ve been able to accomplish in such a short period. We have all the brands now migrated to a single platform. And the merger is just one year old. By the time the transaction was announced last year and happened, it’s really happening in less than a year. And that’s remarkable. You don’t typically see that. That said, we anticipated a struggle on the service side. We didn’t anticipate some of the things that we couldn’t control. For instance, we tried to hire more people, but that is very difficult in an environment where unemployment is less than 4%.

But all of this is for the long-term benefit, both from a sales perspective and more product and more competitive pricing. The new system also offers an easier path to book. And, most importantly, once you have a booking, it has functionality for the travel agent so they don’t have to make a phone call if they need to make a modification.

We’ve weathered the storm. … We’re adding resources to better service agents. We have very aggressive offers and incentives out there to get sales in the door for them. We have some very important and significant technological enhancements coming on line this year to make it easier to book and easier to service bookings. And there is more to come.

These are the UK’s most ‘unmissable’ sights and experiences