Home » Travel » An Inspector Calls: A review of The Dakota Hotel, Edinburgh

An Inspector Calls: The Dakota in Edinburgh is a functional hotel in an uninspiring location

The immediate view from our window is not encouraging. There’s a Frankie & Benny’s, Burger King and Tesco garage, but with nose pressed to the glass and a twist of the head, something far more inspiring comes into focus. It’s the Forth Road Bridge, near Edinburgh, in all its glory — once the longest suspension crossing in the world.

‘We’re pretty much all corporate during the week,’ volunteers our cheery waitress a little later at dinner.

Oh dear, it’s a Tuesday. But, frankly, we don’t see why anyone would want to stay at Dakota at weekends, marooned in a spectacularly ugly warehouse-style building in the middle of a car park. Contemporary: Dakota Hotel is located near to the Forth Road Bridge in Edinburgh

Inside, it’s all black, with exposed brick and pipework — and yet feels strangely cosy, perhaps because you know its immediate environs are so grim that you’re just grateful to be removed from them.

A woman at reception is welcoming and even offers a complimentary upgrade — hence the distant sighting of the bridge. It’s a suite and yet the bathroom is pokey, with no tub. A notice by the towel rail warns of fierce heat, but the rail is cold.

The problem with going modern is that it soon looks dated, and there’s a smattering of Eighties kitsch here.

There are now four Dakotas — at Edinburgh, Leeds, Glasgow and one in somewhere called Eurocentral described as the ‘perfect destination for anyone requiring a luxury hotel near Glasgow or Motherwell’. Chairman of the group is Malmaison founder Ken McCulloch.

We enjoy our dinner, ordering from a straightforward menu at reasonable prices. But the buffet at breakfast for Mr and Mrs Corporate is functional. Toast is hardly toasted at all — but perhaps it all goes up a notch at weekends. I order a double espresso and am told it carries an additional charge.

This is almost as dispiriting as the view from the window. 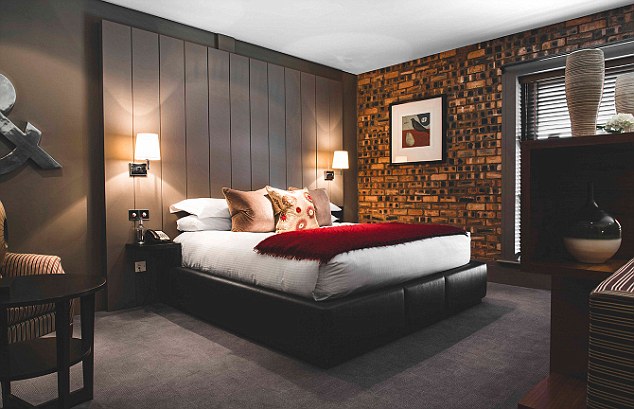 Cosy: One of the rooms (above) at the hotel, which The Inspector gave a two-star rating

Where Can Americans Travel Right Now? A Country-by-country Guide

New Research Findings Show Wonder of Travel is Being Lost