Schiphol Airport in Amsterdam was the scene of a huge security alert sparked tonight as military police surrounded a plane at the Dutch hub. Emergency services rushed to the scene as authorities investigated a “suspicious situation.” However, it has now emerged a pilot had accidentally set off a hijack alarm, announced Air Europa. All crew and passengers are now off the aircraft.

Air Europa tweeted: “False alarm. On the flight from Amsterdam to Madrid, a warning was triggered this afternoon by launching abduction protocols at the airport. All passengers are waiting to fly quickly. Our apology for the inconvenience.”

Dutch emergency authorities initially issued a “Grip 3 report,” a procedure usually initiated in case of “an incident or serious event with major consequences for the population.”

Schiphol Airport’s official Twitter account tweeted earlier this evening: “The Royal Netherlands Marechaussee is currently investigating a situation on board of a plane at Amsterdam Airport Schiphol. We keep you posted.”

They then added: “Passengers and crew are safely off board. On-site research is still continuing.” 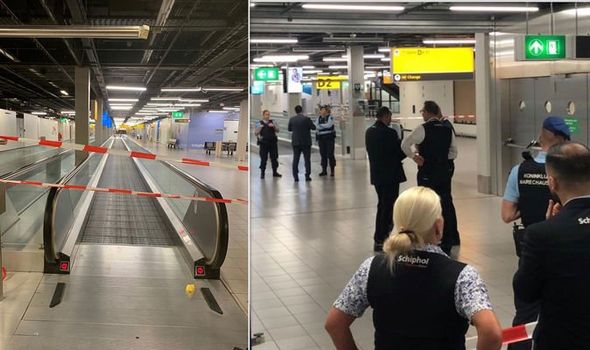 There were reportedly 27 passengers and crew on board.

All aircraft located between Gate D and E24 have been grounded.

SkyTeam, a consortium of airlines, told The Independent that the aircraft belonged to Air Europa but was painted in SkyTeam livery.

The incident reportedly took place onboard flight UX1094 to Madrid, reported The Sun.

Sources told local site RTL Nieuws that the situation involves a departing Air Europa flight and shortly afterwards, Utrecht Central Station, the country’s busiest railway station, was quickly evacuated. It is unclear if this is linked to the incident at the airport.

A spokesman for the military police said: “There is a suspicious situation and that’s all I can say” but declined to name the airline involved or provide further details.

Images shared on social media show crowds of people at the airport and security officers behind areas cordoned off.

People at the scene described their experiences. “Currently at #Schipol, no sense of panic within terminal 3 but all lounge access are closed. Staff is saying police are dealing with a security situation, and flights will be delayed,” one person tweeted.

“Masses of people have just been asked to move back further behind the security cordon. #schipol #ams #Amsterdam” another posted. 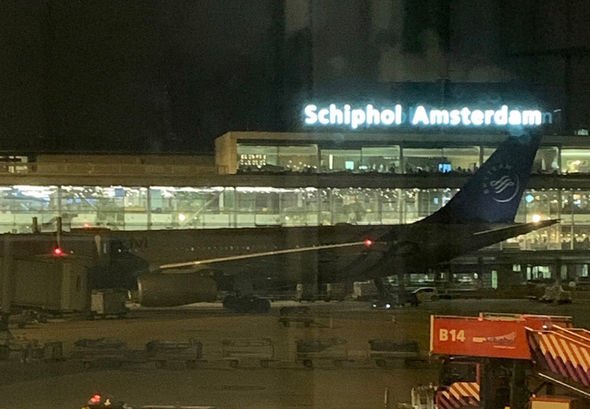 The UK Foreign and Commonwealth Office has not updated its travel advice to Amsterdam following the incident.

However, on the topic of terror, the FCO states: “Terrorists are likely to try to carry out attacks in the Netherlands. You should remain vigilant and follow the advice of local authorities.”

It adds: “If you’re abroad and you need emergency help from the UK government, contact the nearest British embassy, consulate or high commission.”

The FCO continued: “British nationals make more than 2 million visits to the Netherlands every year, half of whom are visiting Amsterdam. Most visits are trouble-free.” 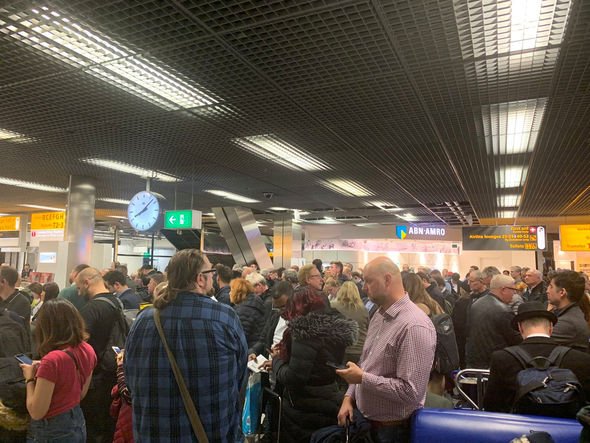 In further aviation news, Ryanair has allegedly grounded at least three of its planes after cracks were found between the wing and fuselage.

Two of the affected Boeing 737-800s have been taken to California for repair while a third is at Stansted Airport, reported The Guardian.

The inspection of Ryanair planes came after the FAA ordered a number of airlines to check older new generation 737s which had carried out more than 30,000 takeoffs and landings.

The FAA has said approximately five percent of older 737s – of which there are 50 worldwide – may have a crack in the pickle fork which attaches the fuselage to the wing.

How To Have An Authentic African Experience This Festive Season

What Happens to All the Mardi Gras Beads Left Behind?