‘Digestive biscuits – sounds like something I’d give to my dog if he ate a crayon’: Americans reveal the ‘British things’ that confuse them the most

Eating digestive biscuits and installing a washing machine in the kitchen may seem perfectly normal to Brits.

But it seems they are among some of the most confusing things about UK culture for Americans.

That’s according to contributors to an internet thread on the matter, who have been discussing Britain’s most baffling ‘things’. 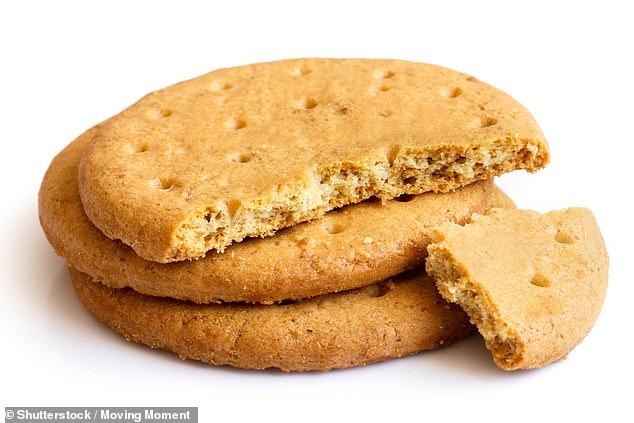 The discussion started on Reddit after one user posed the question: ‘Americans, what “British thing” confuses you?’

And Brits’ food habits appeared to be a major point of confusion.

One ‘Julian-of-Norwich’ wrote: ‘I’m gonna have to go with “Digestive biscuits.” It sounds like something I’d give to my dog if he ate a crayon.’

And ‘California-Blues’ questioned: ‘If biscuits are cookies, then what the hell are biscuits?’

Eating beans for breakfast had ‘Grown_Man_Poops’ confused, while ‘skunkfaced’ added he couldn’t understand the British concept of going for a ‘cheeky Nandos’.

For ‘porkynbasswithgeorge’ Irn Bru is the one British thing that he was confused by. 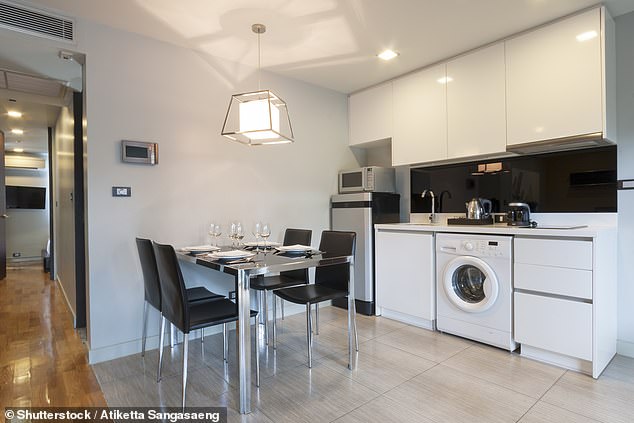 He explained: ‘I mean, I’ll drink one for the novelty of it, but it’s basically bubble-gum soda, which just doesn’t sound appetising. Has all the single malt just scorched the taste buds off the whole of Scotland?’

Meanwhile, ArcadiaPlanitia asked: ‘How the hell do you eat those flaky chocolate bars? The flakes melt so quickly. They taste so good but they’re so inconvenient.’

And ‘honey_tar0t’ said she was confused by the timings of meals. She asked: ‘Is tea lunch? A snack? A whole separate meal? Like breakfast – lunch, tea, then dinner?’

The ways that British households are set up also appeared to confuse some Americans.

One, ‘DreBayBay922, said he couldn’t understand why washing machines were in the kitchen.

And ‘dick_barnacle’ asked: ‘Why do you put a wash basin [washing-up bowl] IN the sink for dish washing? Just seems redundant to me since you already have a basin for dishwater – the sink!’ 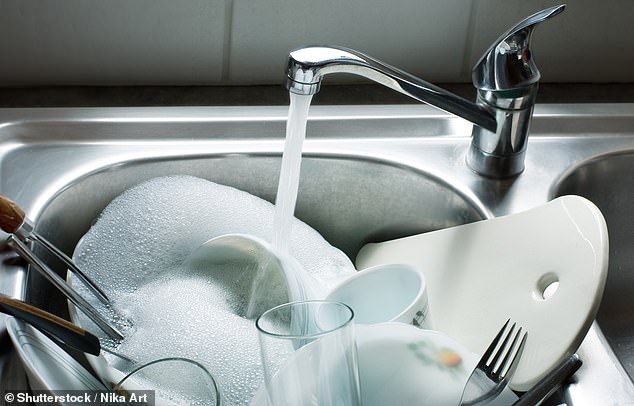 While ‘TTVClarkKentSM’ added: ‘My neighbor always talks about her garden. I expected to see a real garden but instead realised she was talking about her lawn. WTAF?’

‘Duermando’ said: ‘The standard greeting of “you alright?” Always look myself over to make sure I’m not bleeding.’

Another called ‘TheHodag’ added: ‘They use units like stone and then have the audacity to complain that Americans don’t use the metric system.’

And ‘cyainanotherlifebro’ said: ‘You guys started the term soccer, now you make fun of us for using it.’