The three-minute advert beckoning travellers with a Christmas greeting from ‘the nicest place on earth’ sees Santa accidentally emailing his 2018 list of naughty children to a student in New Zealand named Elvis Anderson instead of his elves at the North Pole.

Sitting in detention, Elvis gets the idea of gathering the naughty kids from around the world to fix the problem.

He then calls on New Zealand’s national carrier to help transport the children to the summit on the country’s North Island.

Each child representing a country makes promises to change their behaviour for the better by eating more vegetables, reducing flatulence and cutting down on hair-pulling.

The American boy, dressed in a two-piece suit and red sloganed cap, says he is not naughty at all and is the nicest person he knows, provoking laughter from the other children.

It is reminiscent of the reaction to Trump’s speech to the UN General Assembly in September, when he spoke about the achievements of his administration.

‘I didn’t expect that reaction, but that’s okay,’ the boy adds in the advertisement, the same words Trump used at the United Nations.

Further pledges to be good from Elvis, including one to be nicer to neighbouring Australia made with his fingers crossed behind his back to suggest he doesn’t intend to keep the promise, pushes a meter to ‘Nice’ for the children, and confetti rains down as they celebrate.

Air New Zealand’s general manager of global brand and content, Jodi Williams, says the airline has a reputation for poking fun and wanted to inject some Kiwi humour into Christmas celebrations. 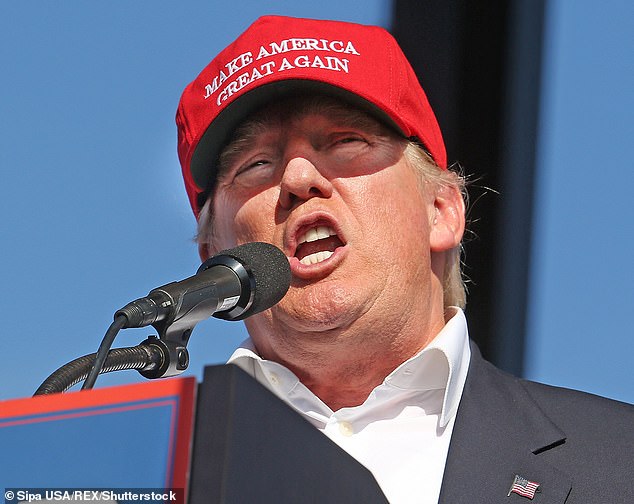 She explained: ‘From childhood memories of writing to Santa, through to the drama of a festive tech fail, the heartwarming video plays on silly season moments in a very Kiwi way.

‘Showcasing our people is a hallmark of Air New Zealand’s brand campaigns and it was fantastic to be able to share the limelight with more of the Air New Zealand family this time.’

After the ad was released online, many people took to Twitter to say how much they loved it.

Cinders23 wrote: ‘You guys nailed Donald. I love how the kids just ignored him and went on being nice. It’s what we do here, too!’

Many people took to Twitter to say how much they loved the promo, but it did also receive some criticism

Ansyley Broom added: ‘I absolutely love this! Especially the small jabs that are there. This is why I will always fly Air New Zealand.’

And Sue tweeted: ‘The new Christmas ad by Air New Zealand ad is on the money again! and they promised to be nice to Australia.’

However, the ad also came in for criticism, with ‘Daniel’ tweeting: ‘They have released an ad that mocks Trump! Why aren’t they mocking Putin or China? Why mock the leader of a country that allows freedom? It’s sick!’

How to spend the ultimate staycation in Exeter