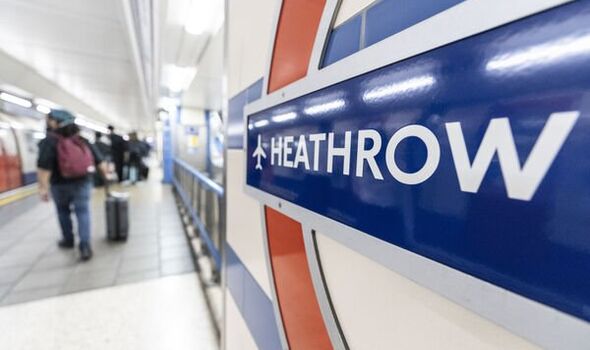 The airline yesterday confirmed it would not be taking any new bookings until August 15 – a week longer than it said on Monday.

The unprecedented move by BA will result in thousands of seats being removed from sale and potentially increase demand and inflate prices with rival firms.

Taking the biggest hit will be those wanting to book last minute.

A direct flight from Heathrow to Barcelona this Saturday cost a minimum of £650, compared with £295 the following weekend, according to flight comparison website Skyscanner yesterday.

Flights from Heathrow to Frankfurt cost upwards of £553, compared with £248 the following weekend.

Experts said it was “very possible” ticket sales would be restricted for the rest of the summer, including the August Bank Holiday, owing to huge demand for holidays.

“They should also consider alternative airports and airlines where possible.”

Heathrow Airport made a decision last month to cap passenger numbers at 100,000 a day during the peak summer season.

The loss of capacity will result in thousands of seats being removed from sale and will push up already high prices across the industry.

As BA is the largest airline at Heathrow, it is affected by the limit more than other carriers.

Aviation consultant John Strickland said BA’s short-haul flights over the next week would effectively be full, leaving “almost no room to manoeuvre to rebook passengers” in the case of unforeseen problems such as bad weather.

“It therefore has little choice but to take seats off sale to protect for this eventuality and sacrifice last-minute high price ticket sales.”

The cap on numbers is set to remain in place until September 11.

A spokesman for BA said: “As a result of Heathrow’s request to limit new bookings, we’ve decided to take responsible action and limit the available fares on some Heathrow services to help maximise rebooking options for existing customers, given the restrictions imposed on us and the ongoing challenges facing the entire aviation industry.”

Speaking last month, he said: “Flights are getting more expensive because of the high price of oil and it’s becoming clear to everybody that that will be reflected in higher ticket prices.”

The price of jet fuel is around 82 percent higher than a year ago, Iata’s Jet Fuel Price Monitor revealed.

Passengers have faced a chaotic summer with flight cancellations, winding queues at terminals and lost baggage.

A shortage of staff and a surge in travel following the easing of Covid-19 restrictions have been blamed as the cause.

Britain’s pubs, museums are reopening and vacations are allowed. But COVID variants are on the rise.

Window on the Wirral: Discovering the joys of an overlooked peninsula

Mini Hoteliers in the making ·

PATA Destination Marketing Forum 2020 to be held in Kuching ·