Home » Travel » After another man is arrested for groping a woman on a plane, women speak out about #MeToo at 35,000 feet 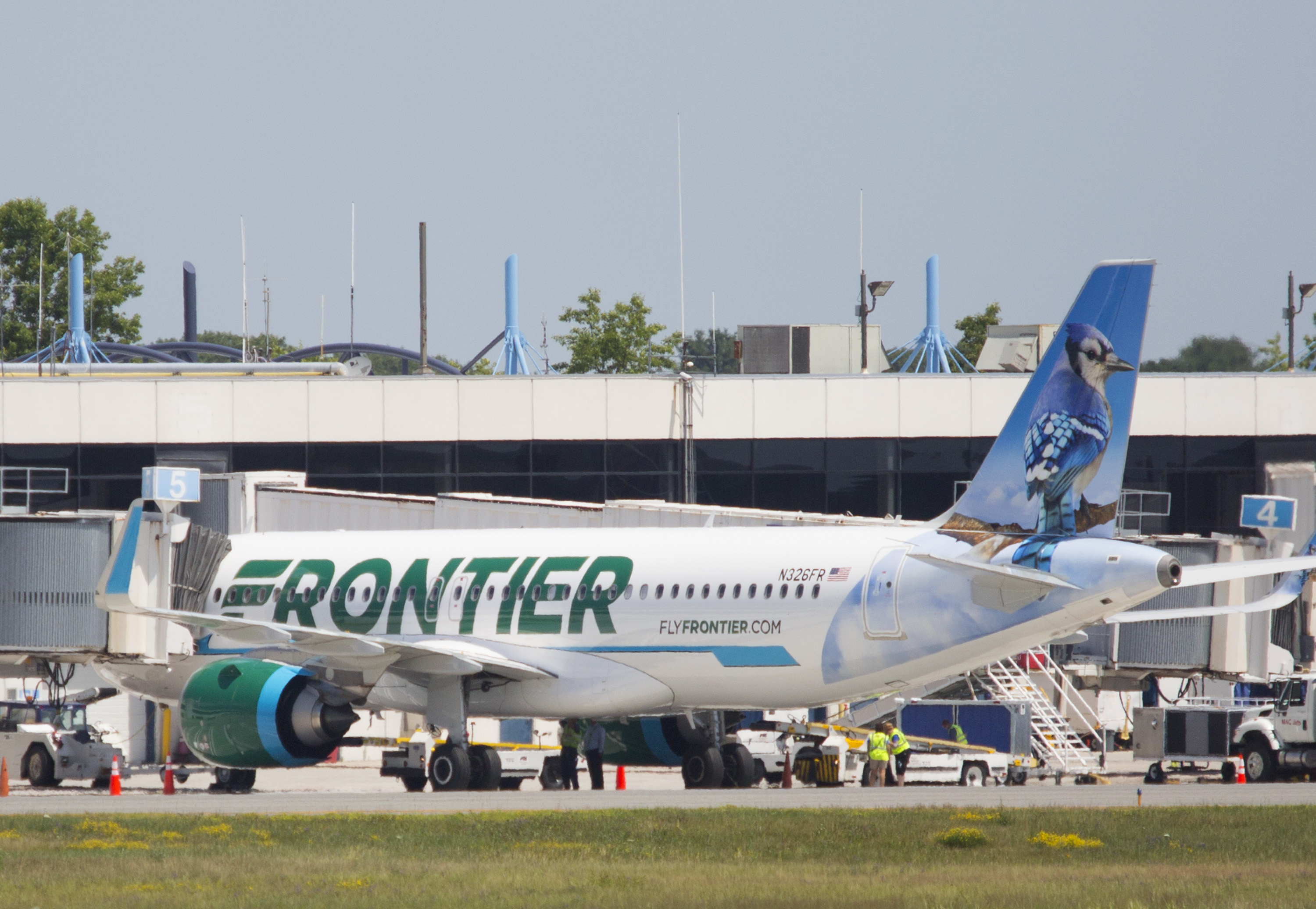 Several years ago, when she was traveling as a passenger on a flight, Sara Nelson woke up to an assault: Her inebriated seat mate, a man she didn’t know, was groping her breasts and her crotch.

As a trained flight attendant, Nelson thought she would know what to do. But she found herself frozen, scared to call for help and risk potentially escalating the attack or — worse — that she wouldn’t be believed.

“It was confusing and mortifying,” said Nelson, now the international president of the Association of Flight Attendants, a union representing 50,000 workers. “From a personal experience, I can understand what it’s like for a victim to go through all of that and wonder if you should report it, or if someone will believe you and care.”

It appears to be happening with increased frequency, but flight attendants and #MeToo campaigners say sexual harassment on planes has long been a problem.

Earlier this week, Southwest (LUV)passenger Bruce Alexander reportedly said, “The president of the United States says it’s OK to grab women by their private parts,” when he was arrested for allegedly touching a woman’s breast during a flight from Houston to Albuquerque, according to court documents. (He was referring to the infamous “Access Hollywood” recording of Donald Trump in 2005.)

Earlier this year, Prabhu Ramamoorthy, a 35-year-old married man who was traveling with his wife, was found guilty of unbuttoning the clothing of and digitally penetrating a sleeping 22-year-old woman during an overnight flight from Las Vegas to Detroit, NPR reported this week. He faces a maximum sentence of life imprisonment. He was arrested when the Spirit Airlines (SAVE)flight landed. He will be sentenced on Dec. 12.

In addition to passengers’ own stories about sexual assault on planes, most flight attendants say they’ve been harassed on the job, a May 2018 survey by AFA found. “Now, there is political and societal momentum to take this seriously,” Nelson said. “The men — and it’s mostly men — who run the airline industry would be shocked to know what is happening on their planes.”

‘Why should I have to move? I am the one being sexually harassed!’ — Randi Zuckerberg, writing about being harassed on an Alaska Airlines flight

In a Facebook post, she said flight attendants asked her if she would like to move seats and reportedly asked the passenger, “Are you behaving today?” Zuckerberg said she then realized, “Why should I have to move? I am the one being sexually harassed!” (The company pledged to “fully investigate” the incident, and two executives spoke personally to Zuckerberg.)

In March, a Delta Airlines passenger sued the airline for allegedly failing to properly address an onboard sexual assault, San Francisco’s ABC News 7 reported. A Delta spokesperson told the local station the company couldn’t comment on the lawsuit but was “disheartened” by the incident. “We take all accounts of sexual assault very seriously and conduct routine reviews of our processes to ensure the safety and security of our customers remains a top priority,” Delta told the station.

“The attacks generally occur on long-haul flights when the cabin is dark,” according to a blog post published in April on the Federal Bureau of Investigation official website. “The victims are usually in middle or window seats, sleeping and covered with a blanket or jacket. They report waking up to their seat mate’s hands inside their clothing or underwear.”

“It is something people should be worried about,” a spokeswoman for the FBI told MarketWatch. “We really want people to report it to us. We can investigate, and we have a specialist who can also work with victims.”

The agency has a list of precautions for travelers to stay safe:

• “Recognize that mixing alcohol with sleeping pills or other medication on an overnight flight increases your risk.”

• “Trust your gut. Offenders will often test their victims, sometimes pretending to brush against them to see how they react or if they wake up.”

• “If your seat mate is a stranger, no matter how polite he or she may seem, keep the armrest between you down.”

• “If you are arranging for a child to fly unaccompanied, try to reserve an aisle seat so flight attendants can keep a closer watch on them.”

• “If an incident happens, report it immediately to the flight crew and ask that they record the attacker’s identity and report the incident.”

In response to complaints about onboard assaults and harassment, Rep. Peter DeFazio, a Democrat from Oregon, introduced the Stop Sexual Assault and Harassment in Transportation Act in Congress earlier this month. If passed, the bill would require clear policies and procedures regarding sexual assault on airlines.

The act would increase the penalty for interfering with crew members to $35,000, direct the Department of Transportation to collect data annually on sexual assault, and require airlines to display signage on planes describing sexual-assault policies.

“We need to make it clear this is a disgusting act and we will have zero tolerance as an airline for it,” Nelson said. “The more we talk about this, the safer everyone is going to be.”

Sexual assault and harassment also impact people who work on planes. Some 68% of flight attendants say they have experienced sexual harassment during their careers, according to a May 2018 survey of more than 3,500 flight attendants from 29 airlines conducted by the Association of Flight Attendants.

Of those, 18% said they were the targets of sexual assault, including groping and unwanted kisses from passengers. Only 7% of flight attendants who experienced abuse reported it to their employers.

Meg, a flight attendant based in Los Angeles who works for a major U.S. airline, said she has been the target of countless incidents of harassment over her career, including a man cornering her in the galley and demanding to see her breasts and other men grabbing her inappropriately. She said she never reported any of the incidents because she didn’t think her company would take it seriously.

“We never had the tools to deal with situations like these, so I have always just brushed it off,” she said. “Now with the #MeToo movement, our company is addressing it. I guess a bunch of famous people have to say something for people to care.”

‘We never had the tools to deal with situations like these.’ — Meg, a flight attendant who says she was the target of many incidents of harassment

Several airlines have publicly clarified their harassment policies as coverage of the issue has intensified. United Airlines (UAL)CEO Oscar Munoz said in December the company has “zero tolerance” for sexual harassment of either flight attendants or passengers.

A history of sexualizing flight attendants in popular culture has fueled persistent sexism in the industry, Nelson said. Ads put an emphasis on what employees are wearing and tempted passengers with lines such as “I’m Cheryl. Fly me.” A 1960s-era joke featuring a stewardess saying, “Coffee, tea or me?” — borrowed from an apocryphal flight-attendant memoir — captured the attitude that flight attendants existed for (male) customers’ pleasure.

“Time is up for the industry to put an end to its sexist past,” Nelson said.

“Sexual assault aboard aircraft — which usually takes the form of unwanted touching — is a felony that can land offenders in prison,” according to the FBI’s April 2018 report. Disobeying an aircraft crew is a federal offense, and perpetrators can face up to 20 years in prison for interfering with a flight crew, depending on the charge.

And yet, on planes, this sexual misbehavior is a particularly fraught issue, said Paul Hudson, president of FlyersRights.org, a consumer advocacy group. “There are some unique issues when assault happens on a plane,” he said. “You are in a confined space and can’t get away.”

The crimes are also complicated by the fact that victims have to take several steps to report them — more than they would if the assault happened on the ground, Hudson added.

‘You are in a confined space and can’t get away.’ — Paul Hudson, FlyersRights.org

If a passenger is assaulted on a plane, he or she is supposed to report the incident to a flight attendant, who will then alert the captain. The captain then has to tell a flight dispatcher on the ground, who then contacts law enforcement, Hudson said. FlyersRights.org has sent a number of letters to the Department of Justice lobbying for a means to shorten this chain of communication, Hudson said.

“If an ordinary crime required victims to go through three or four steps to get to police rather than just calling 911, a lot of crimes would go unreported — especially if part of that chain had a commercial interest in not reporting crime,” he said.

The Association of Flight Attendants is also lobbying for clear guidance on reporting these incidents, and a streamlined reporting process to cut down the response time.

Some 38 cases of in-flight sexual assault were reported to the FBI during the 2014 fiscal year, according to an FBI blog post this April. In the last fiscal year, that rose to 63 reported cases. But FBI special agent David Gates, who is based at Los Angeles International Airport and regularly investigates such cases, said it’s likely that the number of incidents, assuming that many go unreported, is likely much higher.

The risk of sexual assault in the air is on the rise, Nelson said, because airlines are shoving more passengers on increasingly crowded planes.

“When you get more people packed in closer together, there is a lower line of sight and perpetrators feel emboldened because their victim is closer to them,” Nelson said. “In an odd way, you have more privacy when nobody can see because you’re surrounded by people.”

‘If your seat mate is a stranger … keep the armrest between you down.’ — FBI guidance to protect passengers against sexual harassment and assault

The airline industry has slashed capacity by more than 50% in the last 20 years, according to data tracked by the Massachusetts Institute of Technology. Major carriers like American Airlines (AAL) , Delta Airlines (DAL)and United Airlines have shrunk passenger space to save on costs in recent years. Meanwhile, airlines have also cut flight-attendant staffing.

To successfully report these crimes, airline employees need better training and a uniform way to report them, Nelson said. “We have no idea how prevalent assault is, and if there isn’t a reporting procedure, people are less inclined to take it seriously,” she added.

“In a way, the perpetrators are putting themselves at risk, because they are trapped and surrounded by witnesses when they land,” Nelson said.

‘What I want to see next’: Scomo’s big travel plan