Holidays are badly engineered. After all the fun, you glumly pack your bags and return to the airport. You trudge through security, feel dismayed by the lack of shops on the other side, then find no spare seats at the gate. To add to the fun, there’s always a howling toddler just metres away.

I’ve always wondered what it’s like in the exclusive lounge: that mystery Shangri-La secreted away at the end of the concourse. This month I got the chance to check out British Airways’ multi-million dollar refit of the Club Lounge at JFK International Airport’s Terminal 7. Heading home from New York is always hard, but BA has pulled out the stops to ease your pain.

After fast-tracking through security, a discreet little escalator escorts you to the fun – 22,000 square feet of fun, in fact. As you enter, there’s a cold buffet of sandwiches, wraps, chilled drinks and fresh juice, though it’s the giant jars of gummy bears and Oreo cookies that really caught my eye. 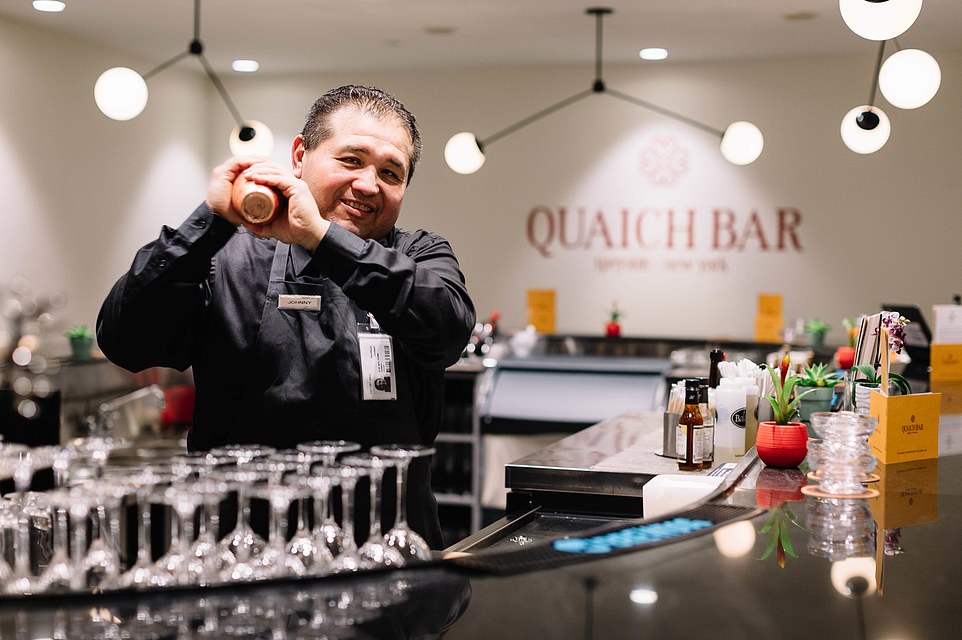 The lounge features the granite-topped Quaich Bar, created in partnership with the Quaich Bar at the Craigellachie Hotel in Speyside, Scotland 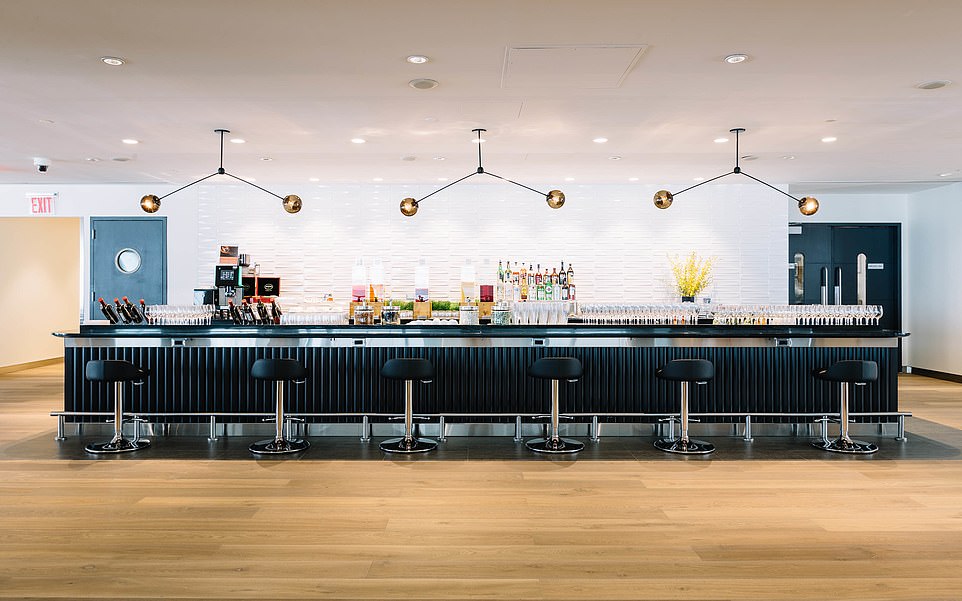 The cocktails the Quaich Bar offers – the Big Apple, the classic Manhattan – all take their inspiration from New York

Beyond this, there isn’t one lounge but several: room after room of inviting armchairs, minimally structured but deeply seated and generously cushioned – the kind of thing you drool over on made.com. To doubly appreciate these, you may like to search reviews of the former lounge online, where photos will reveal an ocean of tired tan leatherette. It was definitely time for a makeover.

As I ventured round the lounge, I kept glancing back at old review photos on my smartphone to compare and contrast how things looked before and after. In place of an old ‘pub’ (which was largely just a well-stocked booze shelf), there’s now – hipster alert – a pop-up Brewdog bar with three craft beers on draft, one of which is exclusive to BA.

If that’s not your tipple, there’s the granite-topped Quaich Bar: an elegant oval-shaped whisky and cocktail bar presented in collaboration with the bar of the same name at the Craigellachie Hotel in single malt country just north of the Cairngorms.

But let’s not forget where we are: the cocktails it offers – the Big Apple, the classic Manhattan – all take their inspiration from New York. Round the corner, you’ll also find four different white wines and four different reds to which you can help yourself, and endless Prosecco if that’s your poison. My rookie error was to leave my car at Heathrow so, with a brisk flight promised, I couldn’t make the most of these treats. 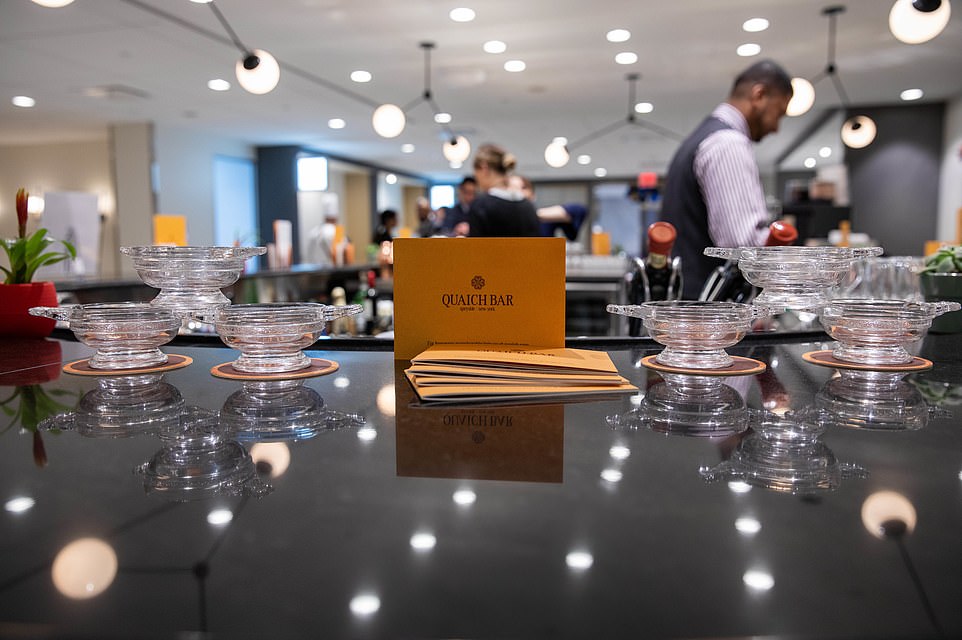 As well as The Quaich Bar, the lounge boasts a pop-up Brewdog bar with three craft beers on draft – and endless Prosecco 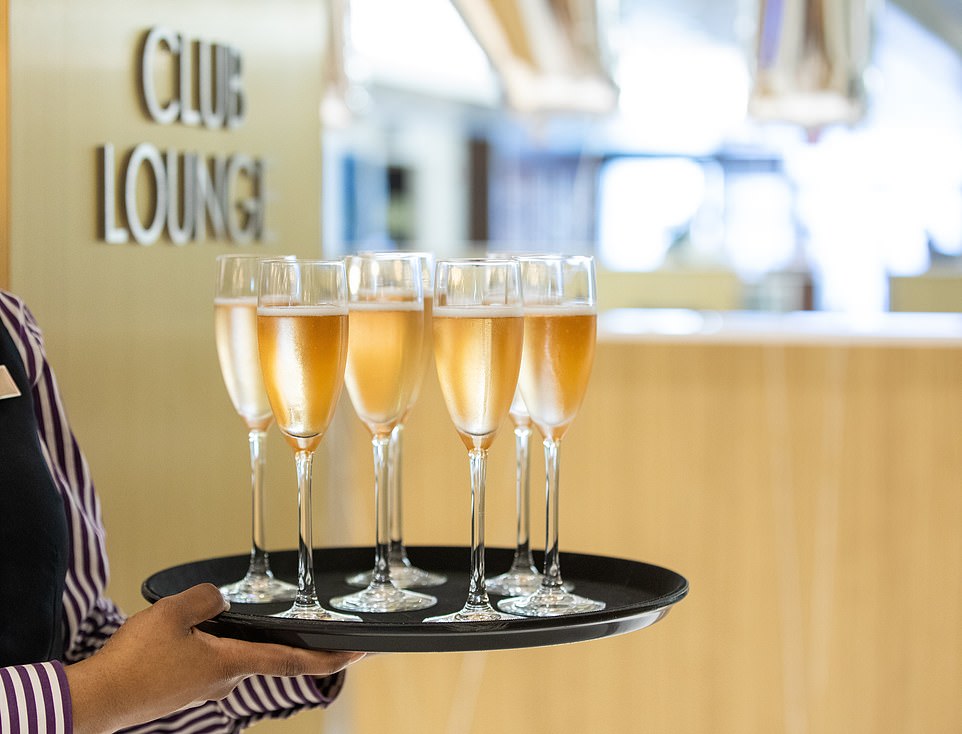 James writes: ‘Throughout there are seemingly zillions of plug sockets and USB ports, so you can recharge your gear as well as yourself’ 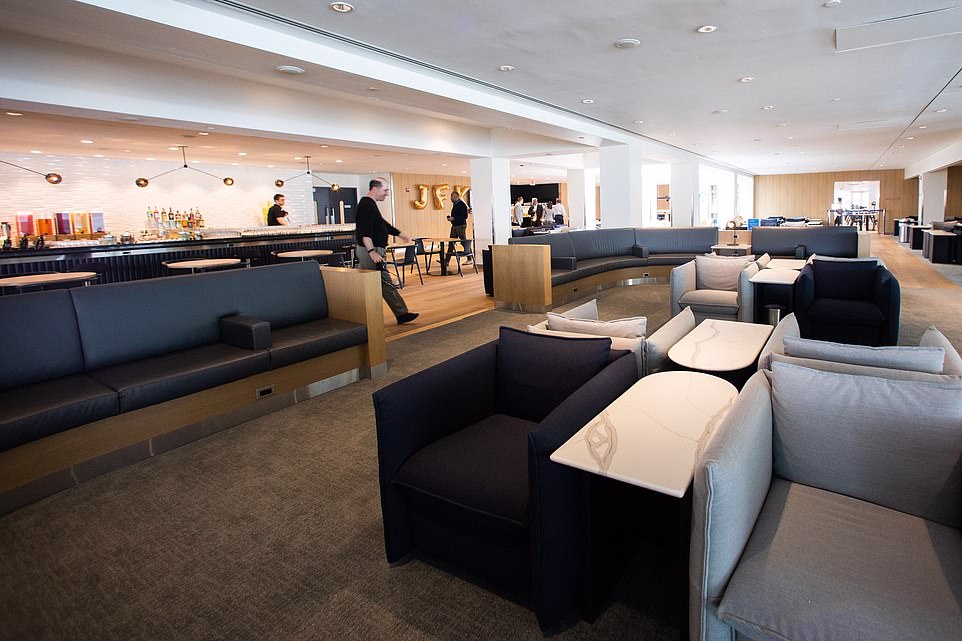 The lounge features ‘room after room of inviting armchairs,’ writes James, ‘minimally structured but deeply seated and generously cushioned – the kind of thing you drool over on made.com’ 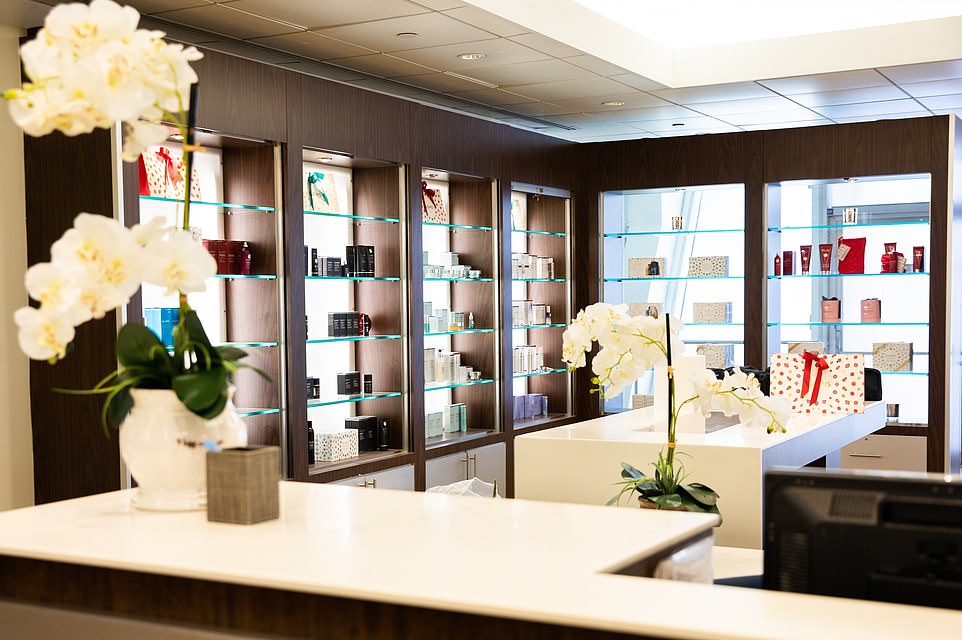 To doubly appreciate the new lounge, says James, take a peek online at the old one, which was, he says, ‘an ocean of tired tan leatherette

James was a guest of British Airways.

Instead I decided to pig out. As well as the buffet – two of them, in fact – there’s a brasserie with hot food and table-seating where I enjoyed a heaped plate of Korean chicken and Char Siu pork. Then two fistfuls of gummy bears for dessert.

Like me, you may be taking a night flight out of New York and – after a day plodding miles round Manhattan – I really appreciated the complimentary showers. These didn’t seem as new as the other fixtures but were spacious, hot and powerful, which is all you need.

I liked how different areas of the lounge were lighted differently, for those still buzzing and up for fun, and equally for those looking to dial things down after a hedonistic getaway. Throughout there are seemingly zillions of plug sockets and USB ports, so you can recharge your gear as well as yourself.

With several hours to kill before my flight, part of me was quietly hoping for more gimmicks and attractions – and I found myself tantalised by whatever lay hidden in the First Lounge next door, off-limits for us Clubbers. But maybe after a spell in New York, the pleasure here is simply having space and comfort to find yourself again. 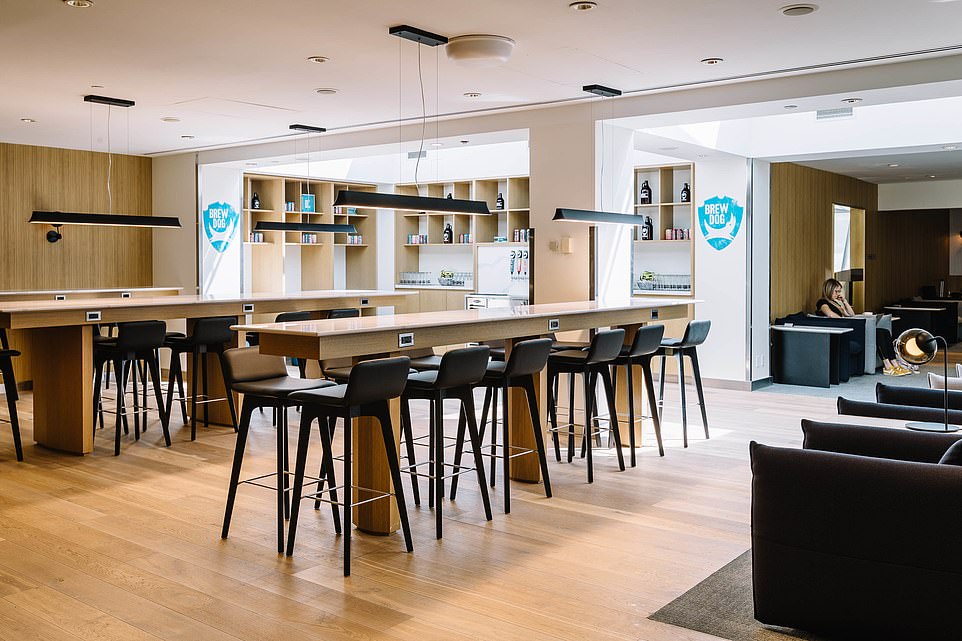 The lounge completes a £52 million investment by BA, following the unveiling of a ‘plush new space’ for First customers in autumn last year 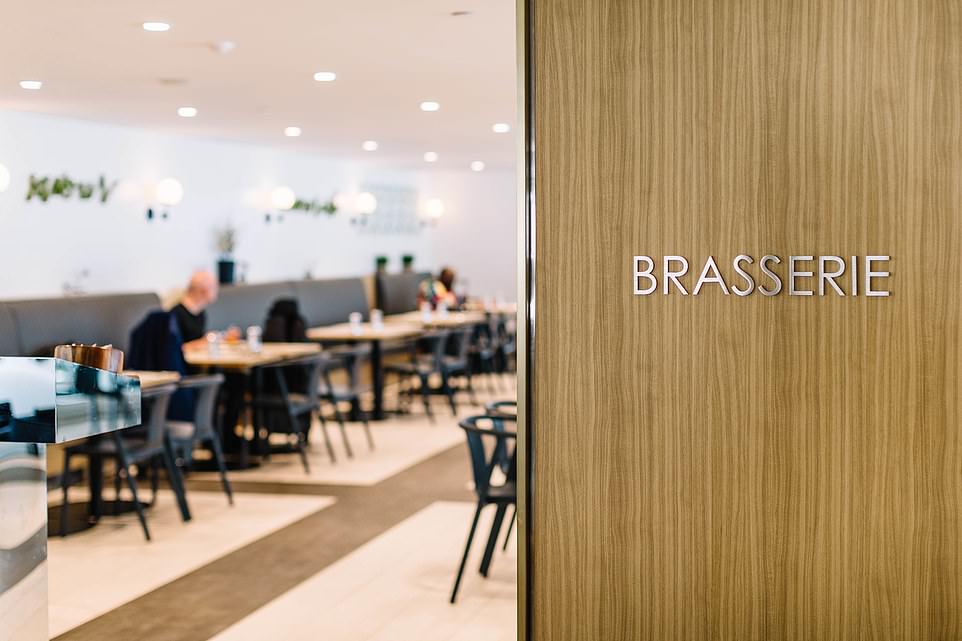 Six Senses Bhutan Welcomes the Fourth of its Lodges ·