Home » Travel » 7 Caribbean secrets (including why Barbadians sound like Bristolians)

Seven secrets of the Caribbean: Delving into the past of the paradise islands – and discovering why Barbadians sound like they come from Bristol

There’s far more to the Caribbean than sun loungers and cocktails, nice though they are.

Here we reveal seven of its secrets, from the hotel that used to be Ian Fleming’s house to the historic club where members toast the Queen every day at 6pm sharp. 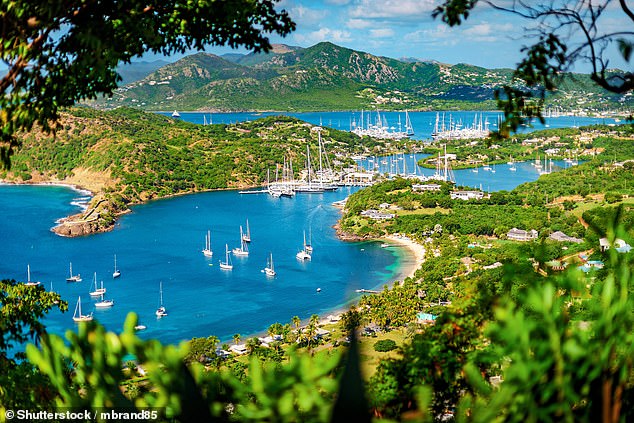 English Harbour, pictured, is a superb inlet in the south-east of Antigua

The Caribbean was once a hardship posting: it was malarial, often at war, and there certainly wasn’t ice for your drink. And at English Harbour, a superb inlet in the south-east of Antigua, a young Horatio Nelson was so frustrated he jokingly threatened to hang himself.

Nowadays, Nelson’s Dockyard is the world’s only restored and still working Georgian dockyard, and it is so atmospheric that you can easily imagine a bewigged naval officer or a crowd of rowdy tars appearing around the corner.

The Antigua Yacht Club sees one of the stranger relics of the 300 years of British colonial presence at the nightly Royal Naval Tot Club. At 6pm, members meet to toast the Queen and Royal Navy and read an excerpt of naval history relevant to the day. Guests may be allowed by prior arrangement.

Stay in the thick of the action at Admiral’s Inn, or for a more traditional-style place, go to The Inn at English Harbour, where Tropic Breeze (tropicbreeze.co.uk) offers a seven-night B&B stay in a Beach Cabana from £1,642 per person, including flights and transfers. 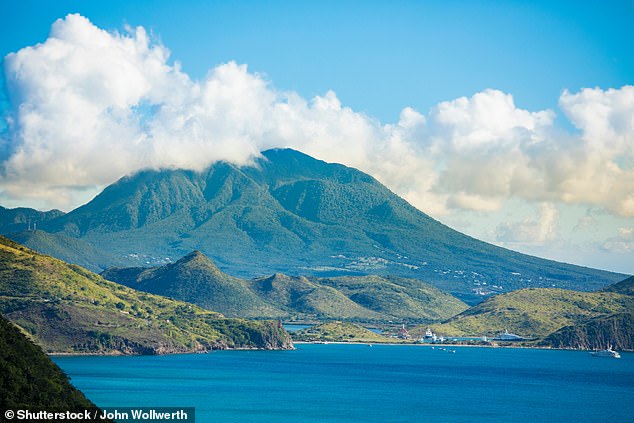 Nevis retains a gentle, traditional feel, and has the region’s most elegant plantation house hotels

Horatio Nelson’s principal job in Antigua was to enforce the Navigation Act (preventing British West Indian ships trading with other nations), so it was a pretty miserable time. At one point he was so unpopular that he was forced to stay on board his ship for six weeks. Solace came with marriage to Fanny Nisbit, a widow from nearby Nevis.

Listen carefully and you’ll hear a distinct West Country burr in Bajan (Barbadian) English. At the time of colonisation in the mid-1600s, Bristol was England’s second port (and with it came the city’s association with the slave trade, of course).

Many settlers took their passage to Barbados from there and others were deported (plenty, after the Monmouth Assizes, when to ‘be Barbadosed’ was a recognised expression). Speightstown, Barbados’s second town, was known as Little Bristol and took its name from ‘a good Bristol merchant’, a Mr Speight. 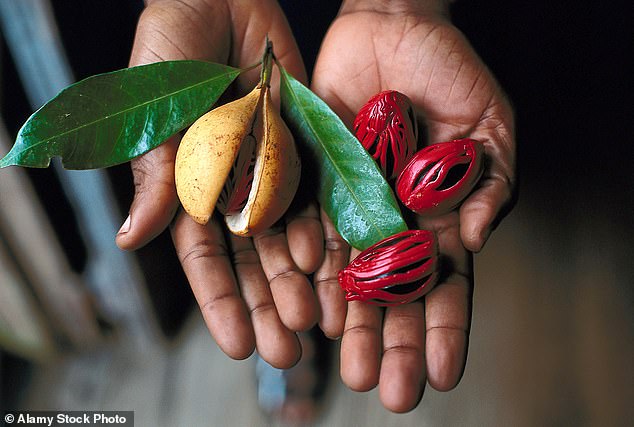 The spice of life: Nutmeg is a staple on the island of Grenada

Credit for the classic Caribbean drink, the rum punch, goes to Grenada, where grated nutmeg was first sprinkled on to rum and fruit juice. Certainly nutmeg grows on the Spice Island and is important enough to appear on the national flag.

Visit the Nutmeg Co-operative in Gouyave, where the kernels are stripped (of a second spice, mace), floated for quality, dried, sorted and packed into hessian sacks for export. The smell is glorious. As for the rum, the Riviere St Antoine distillery in the north of Grenada is a joy. But beware: its 150 per cent proof rum is so strong that it’s not permitted on aircraft.

Stay at True Blue, where Just Grenada (justgrenada.co.uk) can offer a seven-night stay from £1,040pp.

Finally there are some nice hotels in Santo Domingo, the oldest city in the New World. Now you can stay in lovely inns tucked into the network of charming old colonial streets.

The kerfuffle of street life evaporates once you step into a cool interior courtyard, where a garden is usually surrounded by a colonnade of rounded arches. Some buildings date from the mid-1500s; elsewhere colonial homes have been converted to stylish places with butlers. 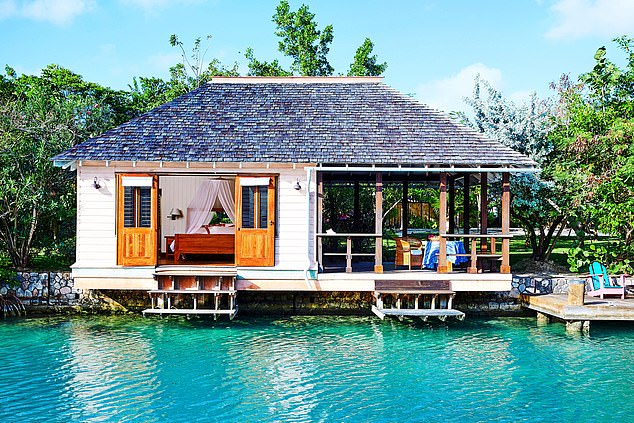 A cottage on the Goldeneye estate, Ian Fleming’s former home

Firefly, Noel Coward’s former house, has the most dramatic view in the whole of the Caribbean, looking along the headlands of Jamaica’s north coast.

Coward’s grand piano and the musical scores with which he entertained until his death in 1973 are still there and he is buried in the garden.

Errol Flynn lived nearby, and Ian Fleming wrote his James Bond novels at his local home Goldeneye, which is now an Island Outpost hotel.

No guests are permitted to stay at Firefly but Sandals Resorts (sandals.co.uk) offers an all-inclusive week in an Oceanfront Butler suite at Royal Plantation, in Ocho Rios, from £1,899pp.

For a century, the prestigious French island of St Barts was actually Swedish. In 1784, the soon to be doomed King Louis XVI of France lent St Barts to the Swedes in return for a warehouse in Gothenburg and trading rights in the Baltic.

The treaty came about as a result of a love affair in the court of Versailles, where courtesan Mademoiselle Necker promised to marry a Swedish diplomat called Stael if he became an ambassador. Sweden’s King Gustav III offered him the ambassadorship if he secured the trade deal. Marie Antoinette intervened, he clinched the deal and won Mlle Necker’s hand.

Stay at the new Villa Marie above Flammands beach, where Scott Dunn (scottdunn.com) can offer a week in a Plantation Bungalow for £3,500pp.

Travel is back! Get 50 percent off luggage for Prime Day: Samsonite, U.S. Traveler and more