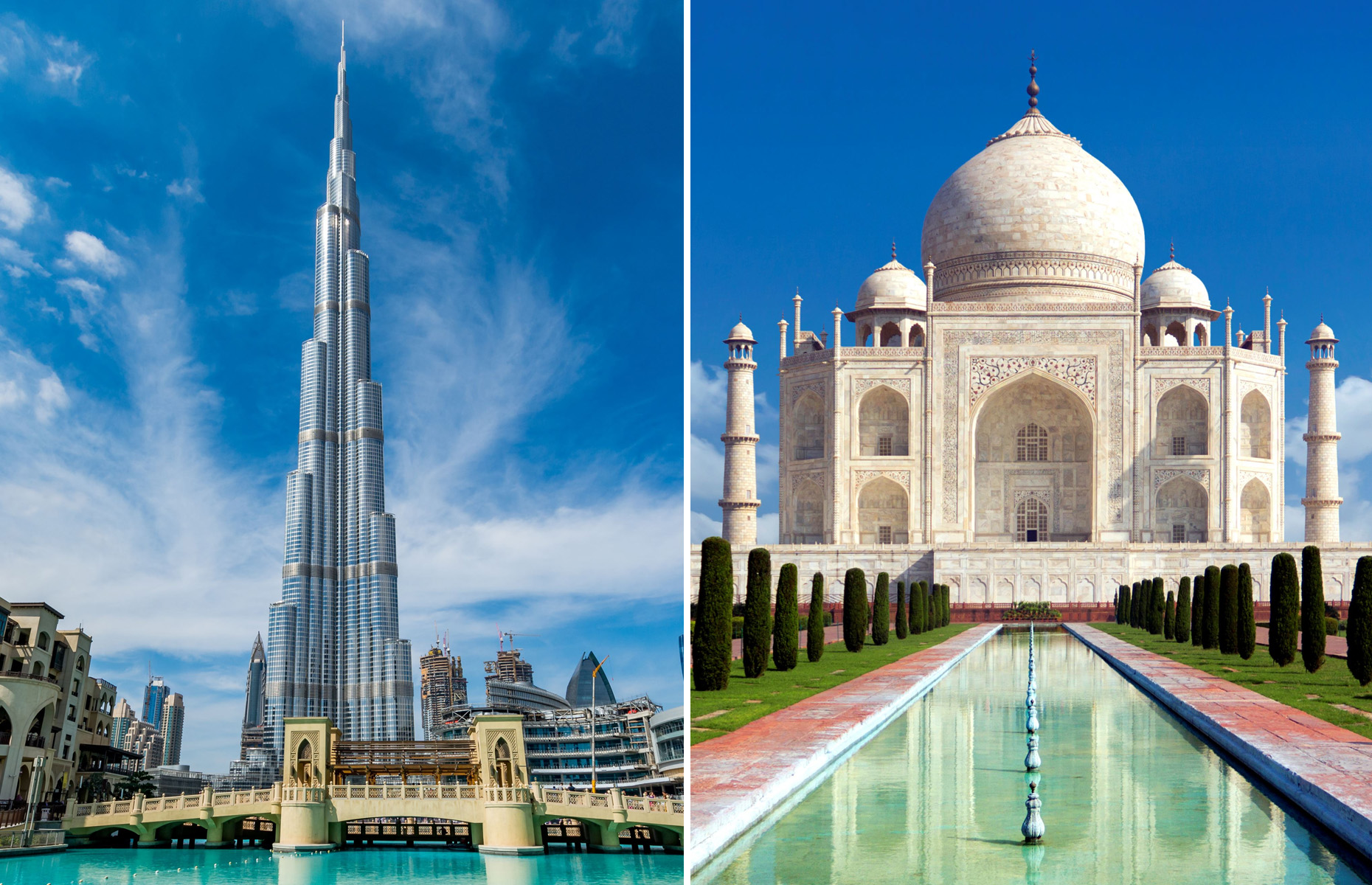 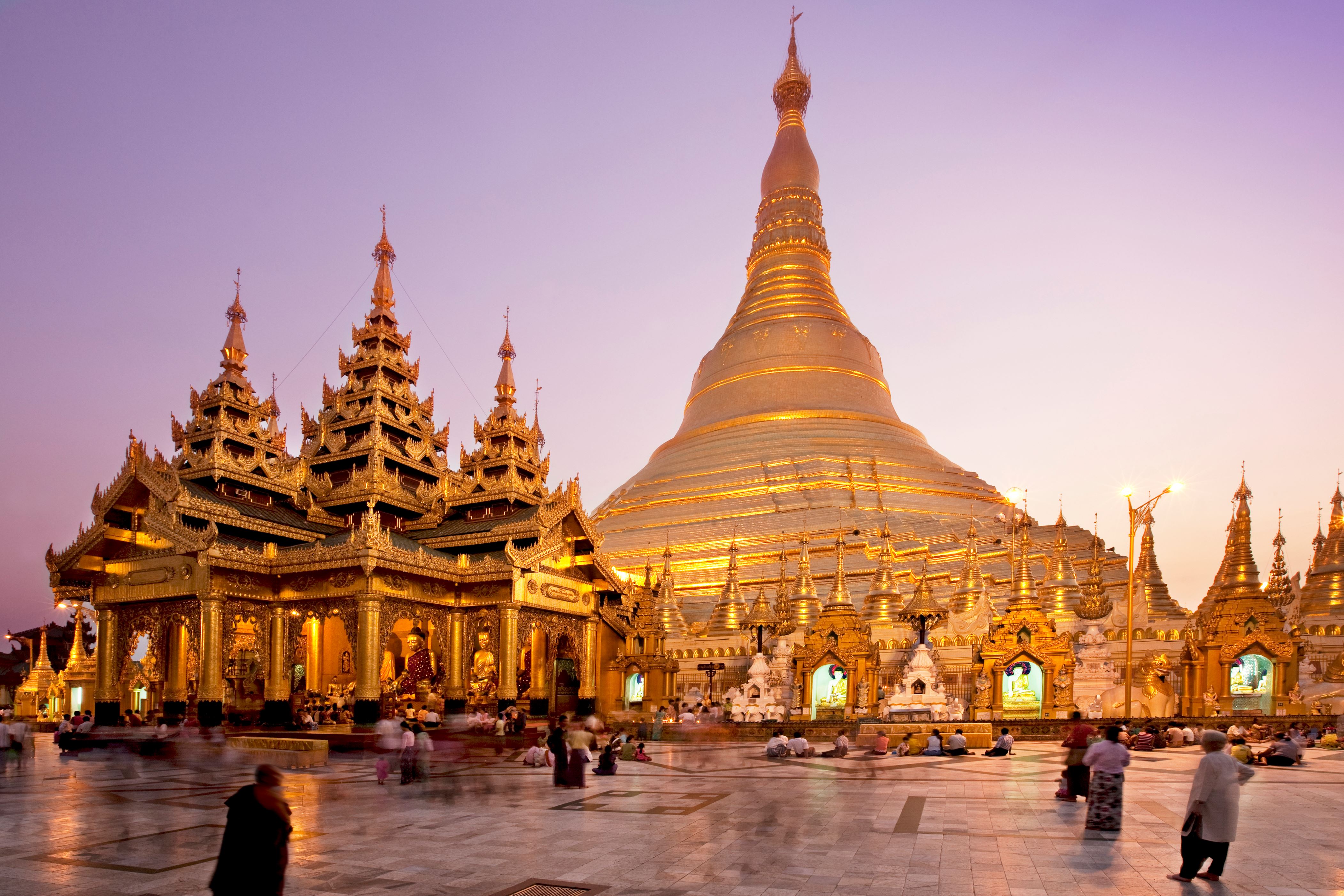 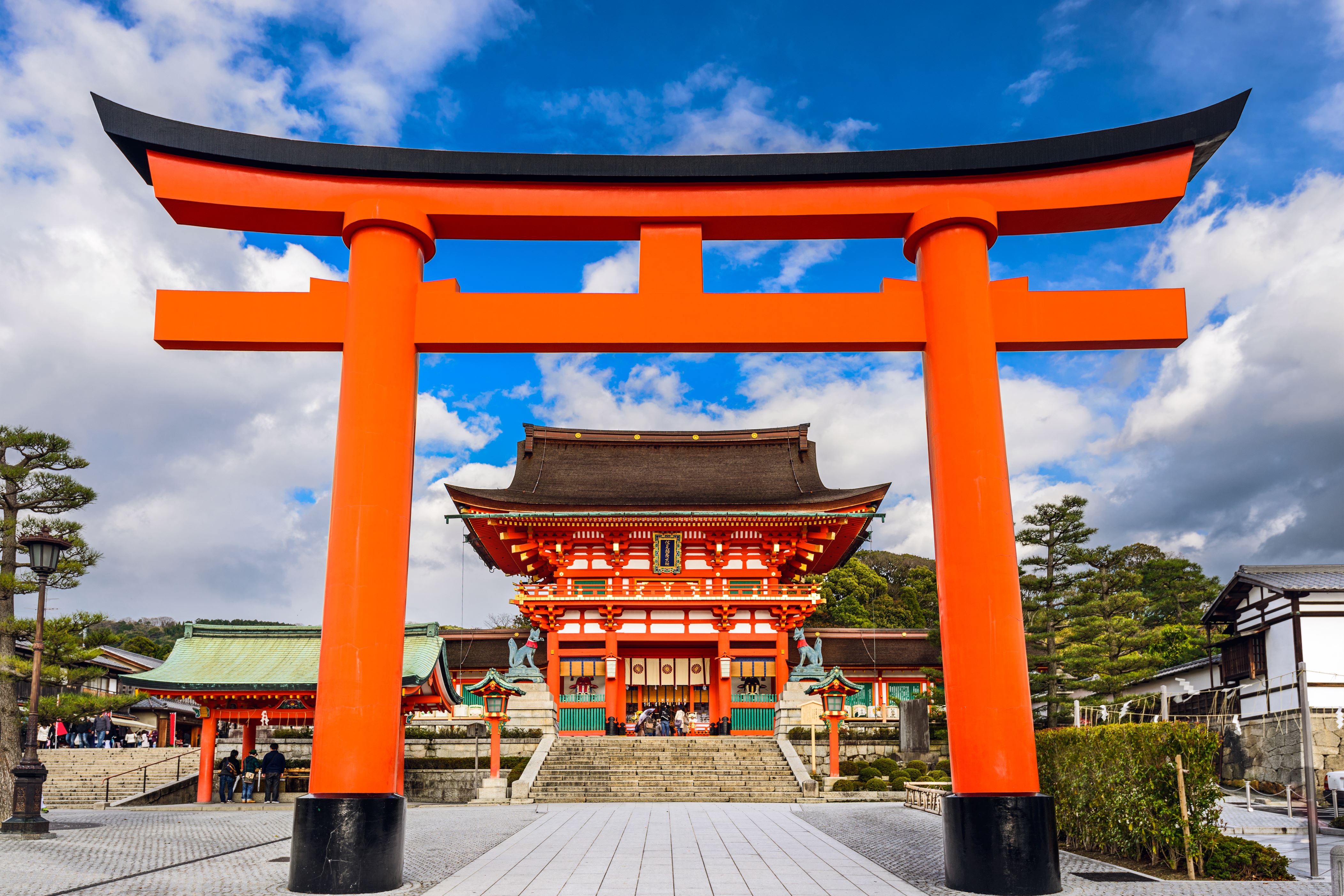 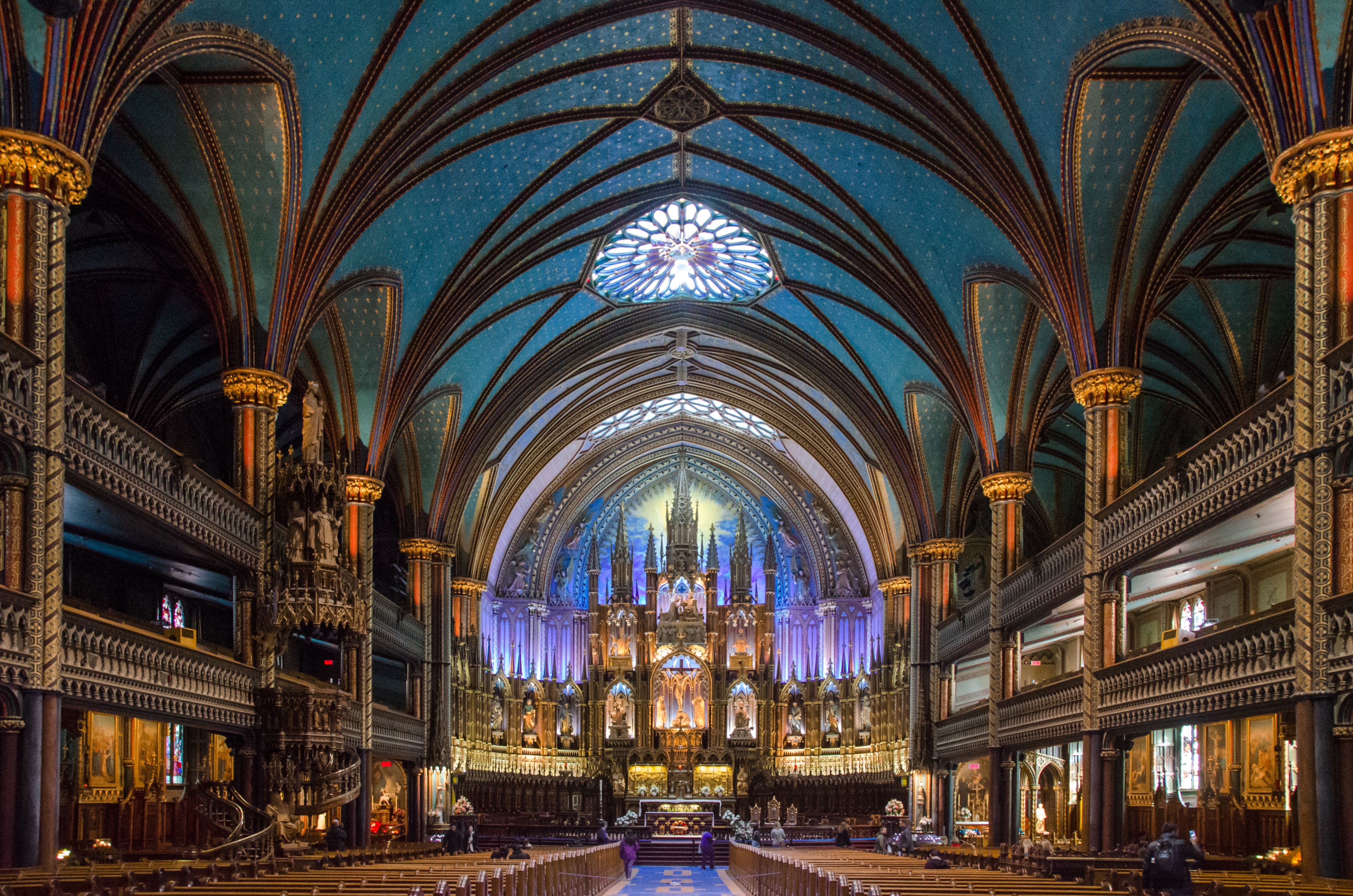 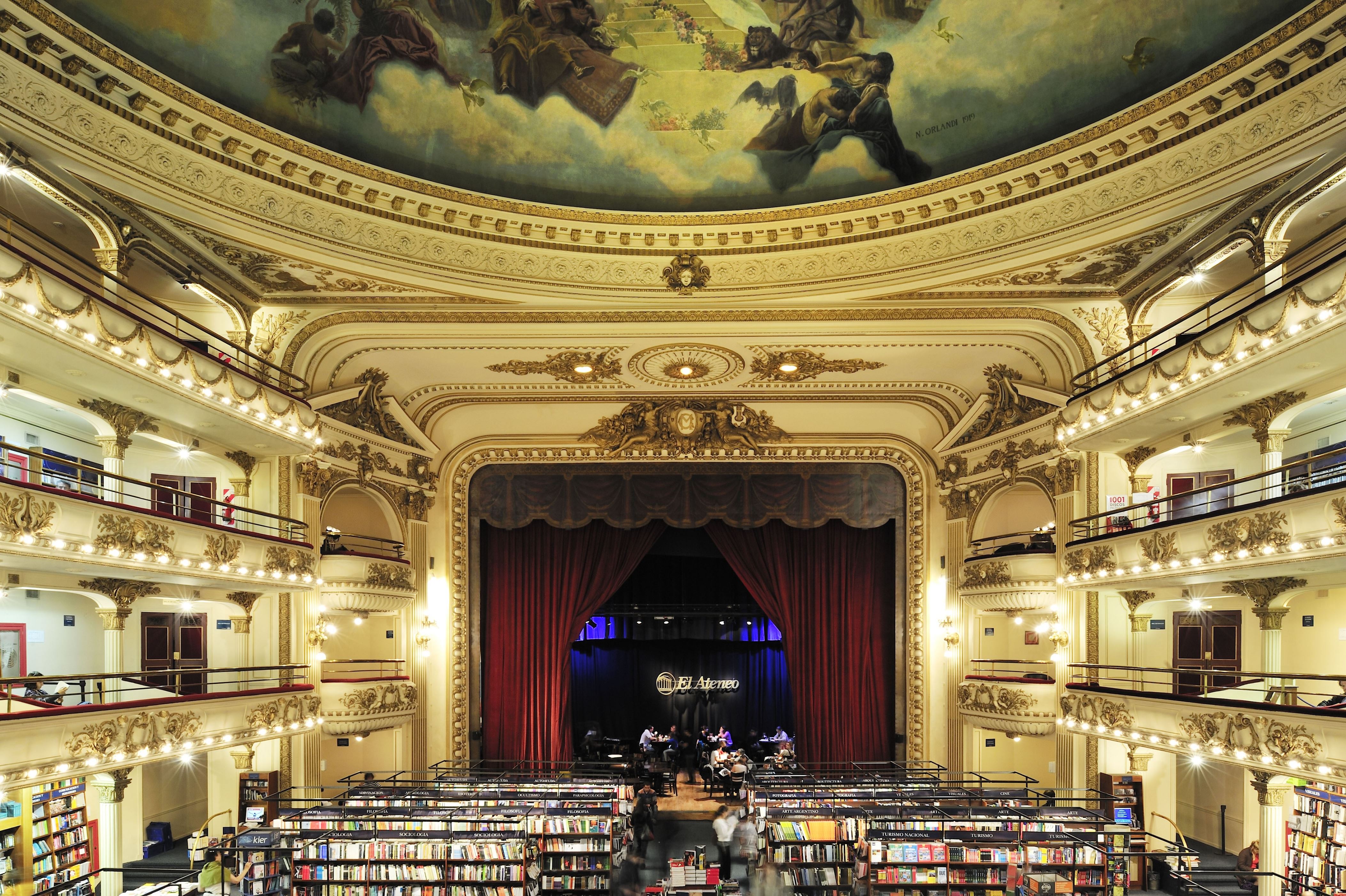 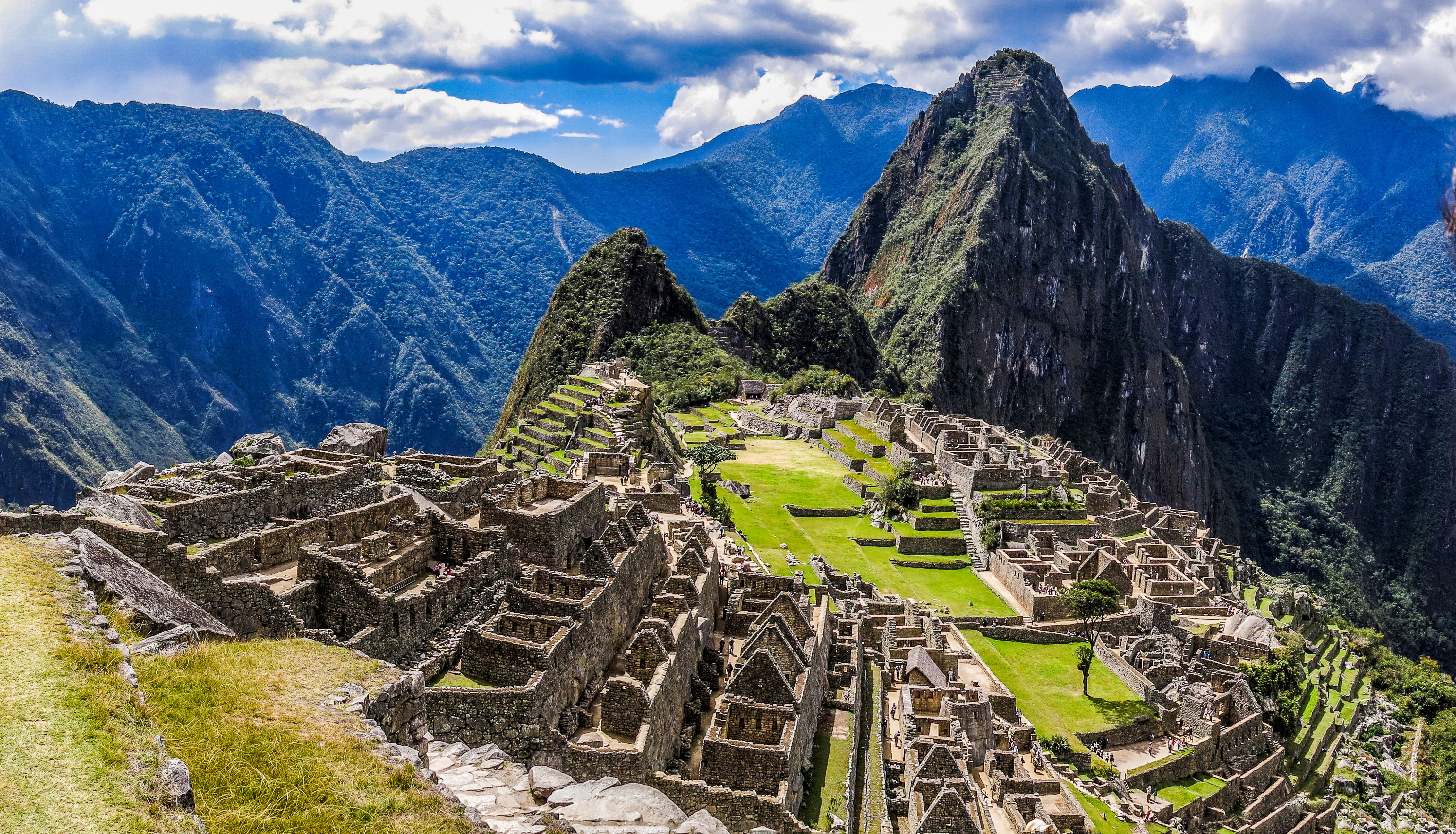 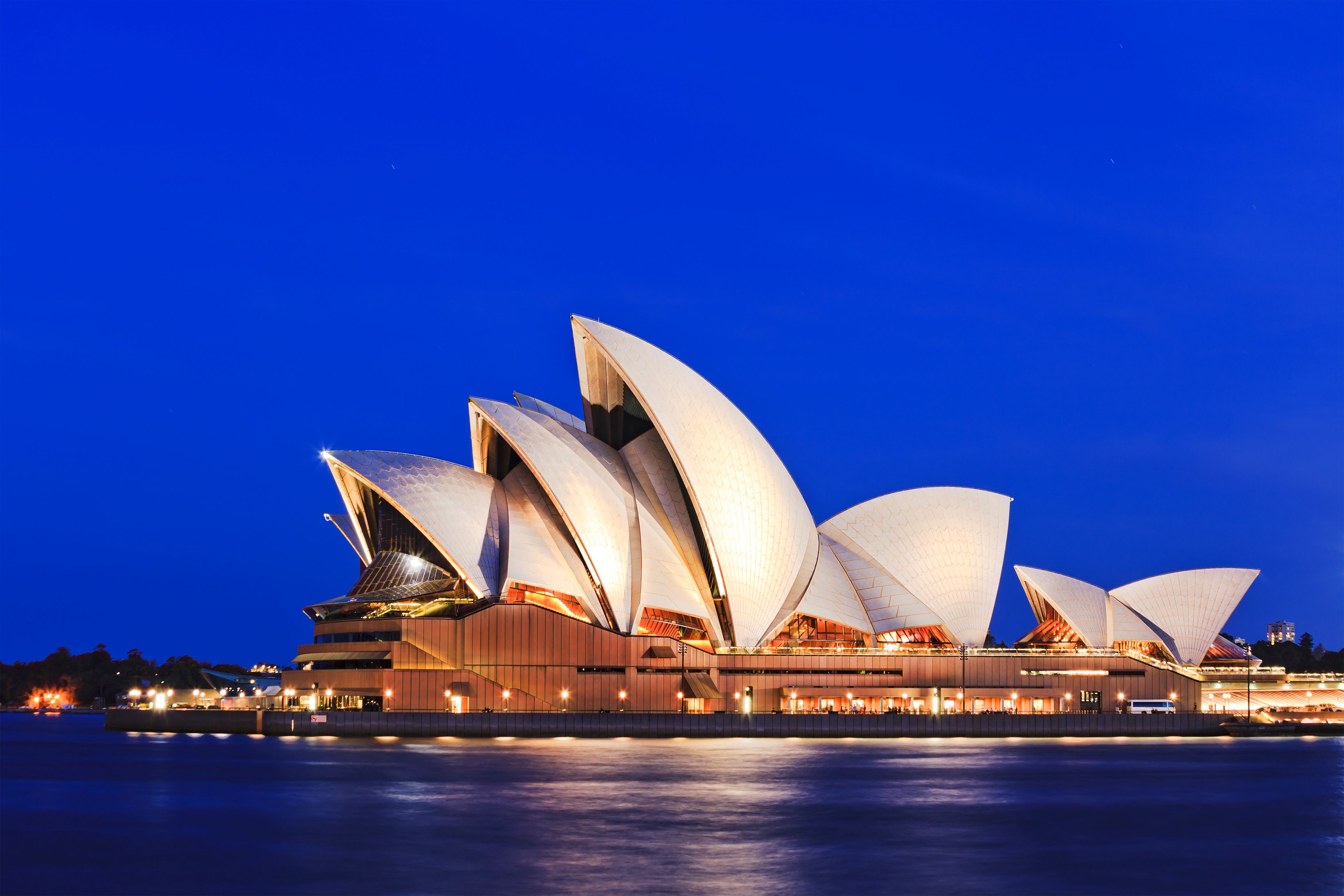 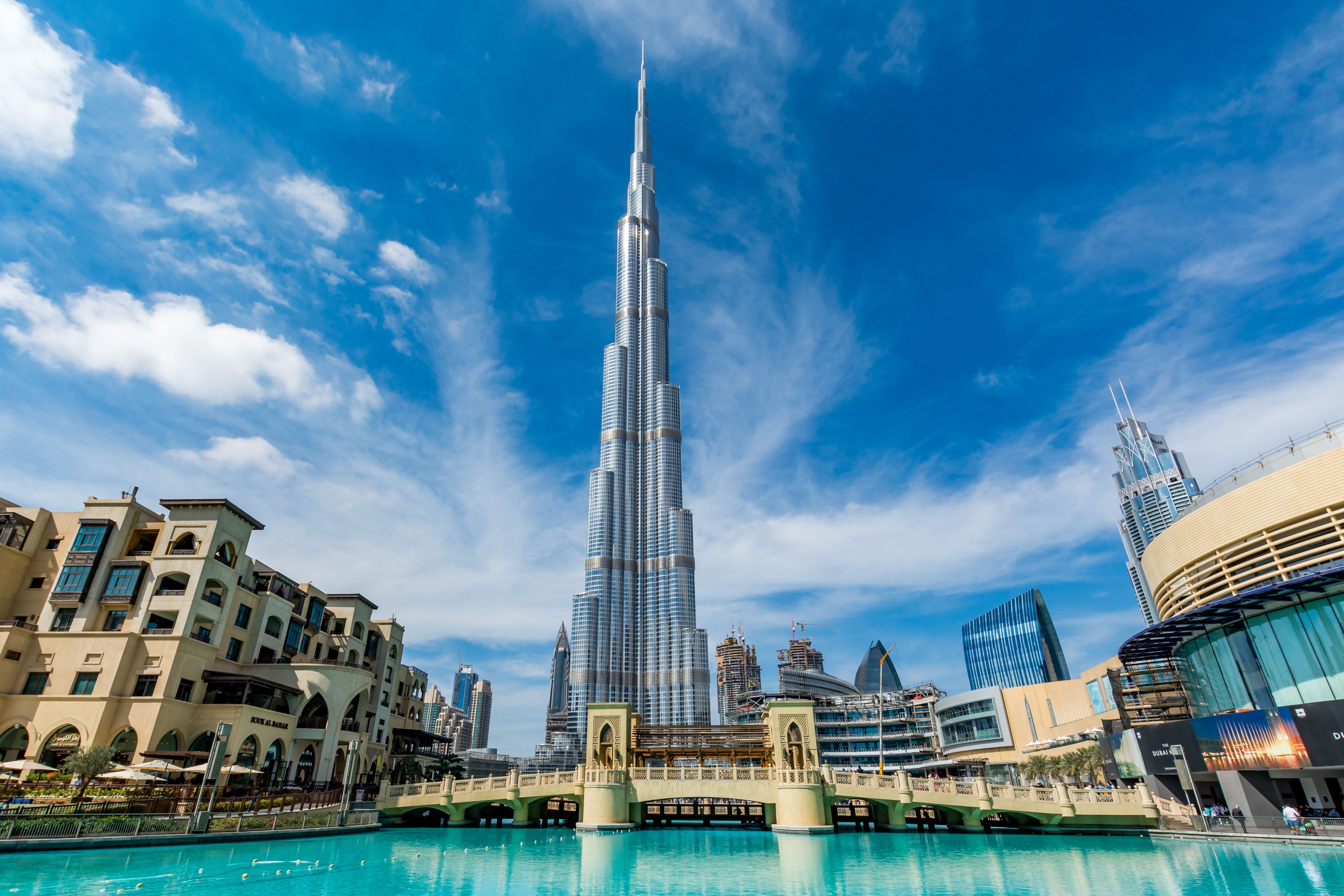 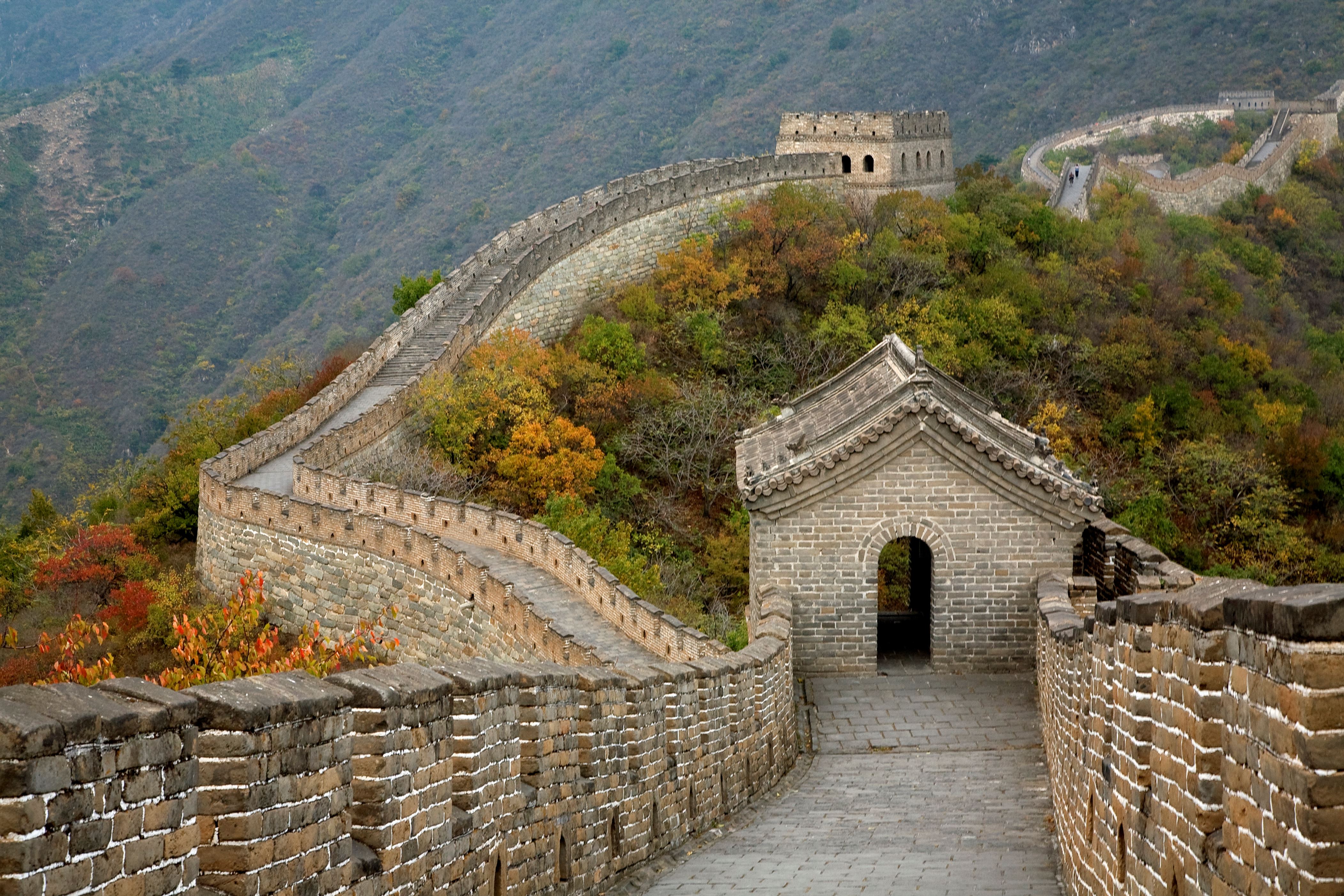 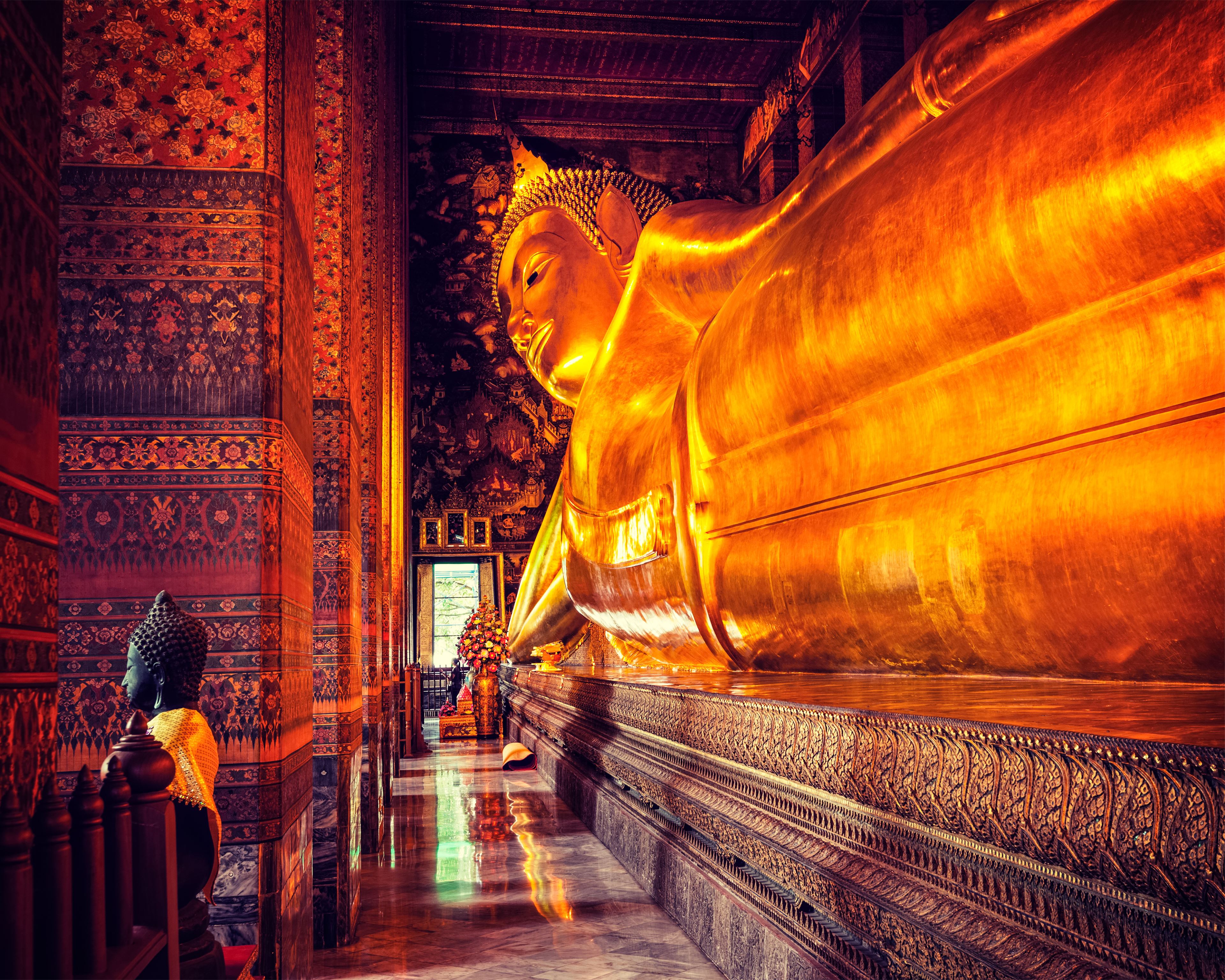 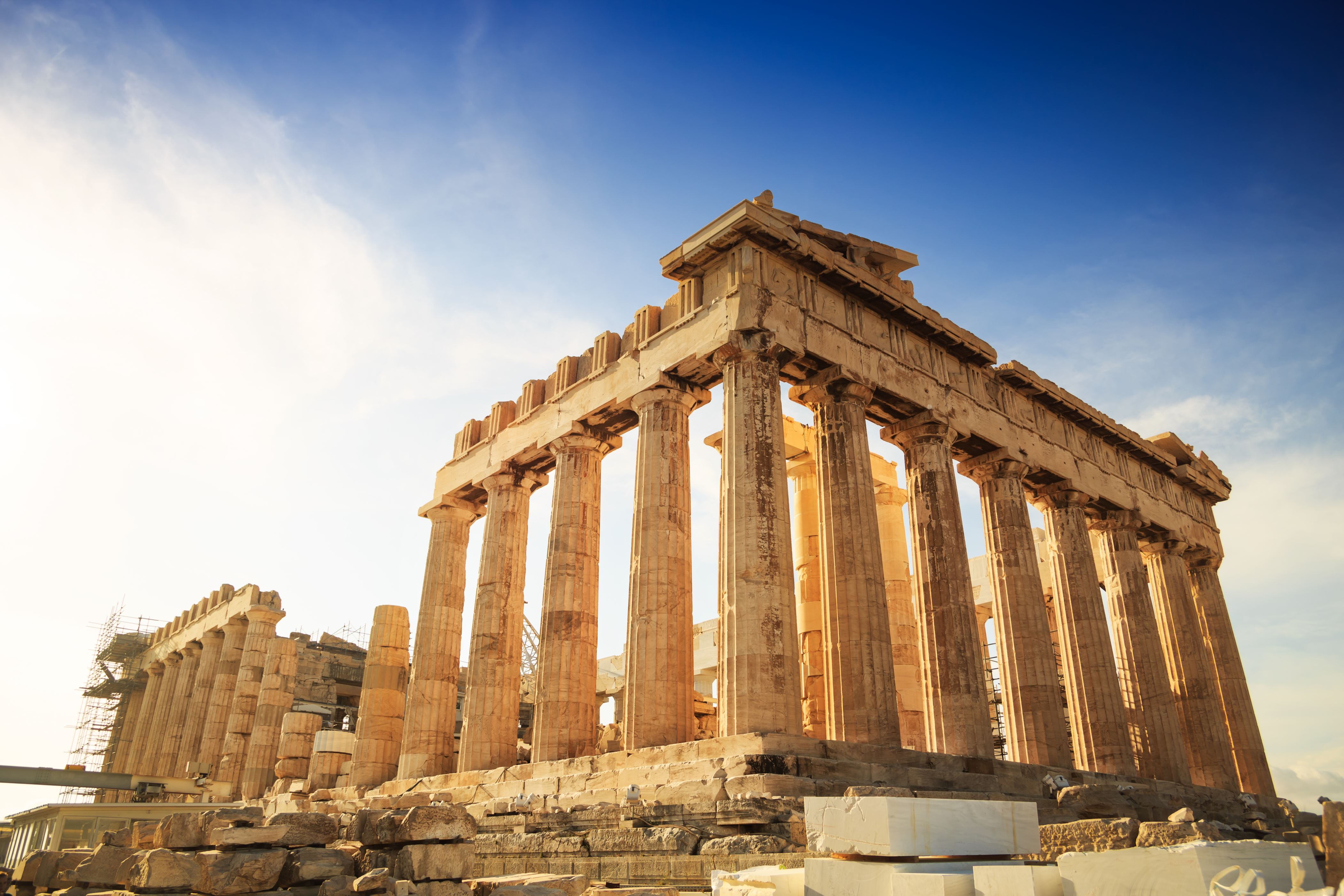 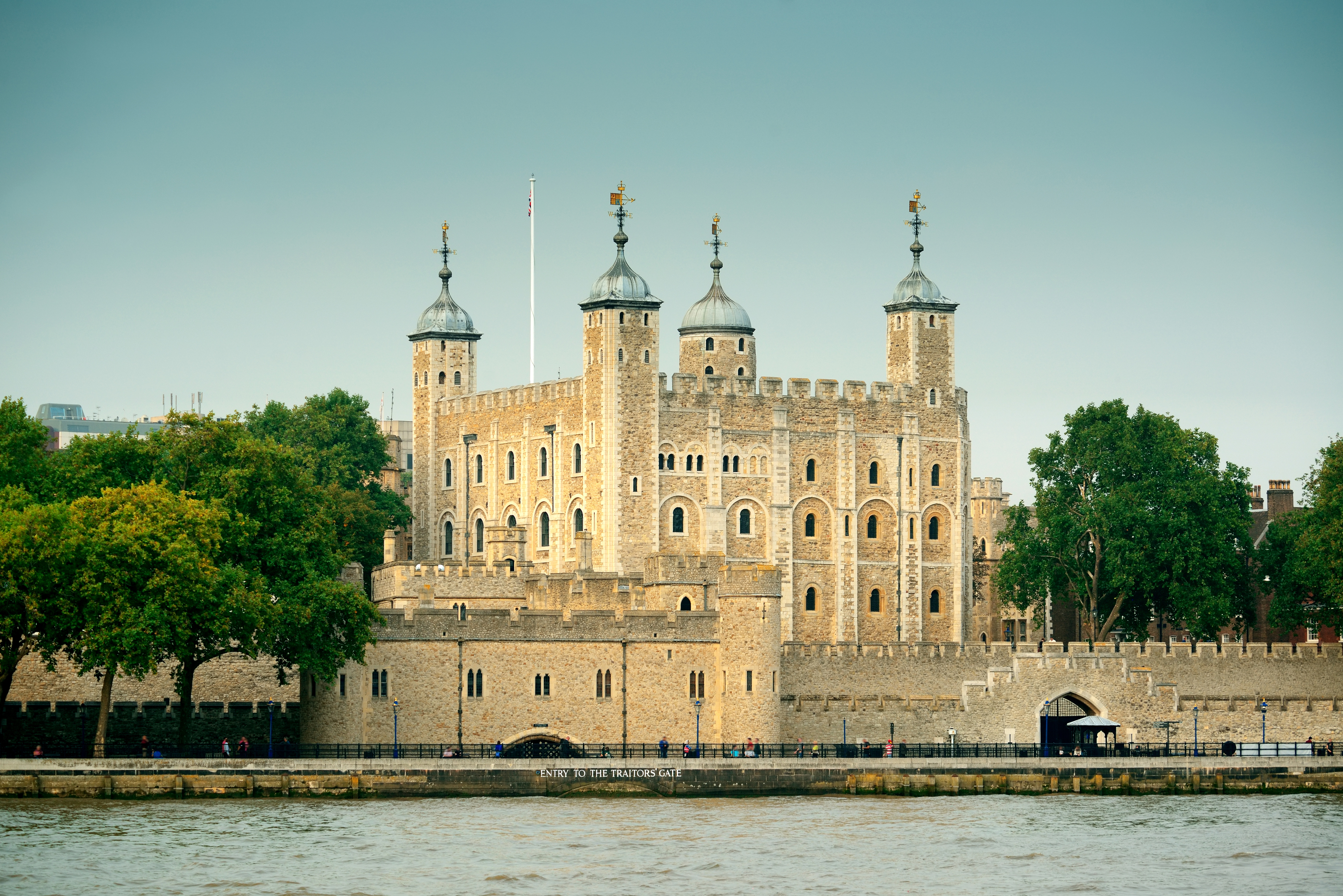 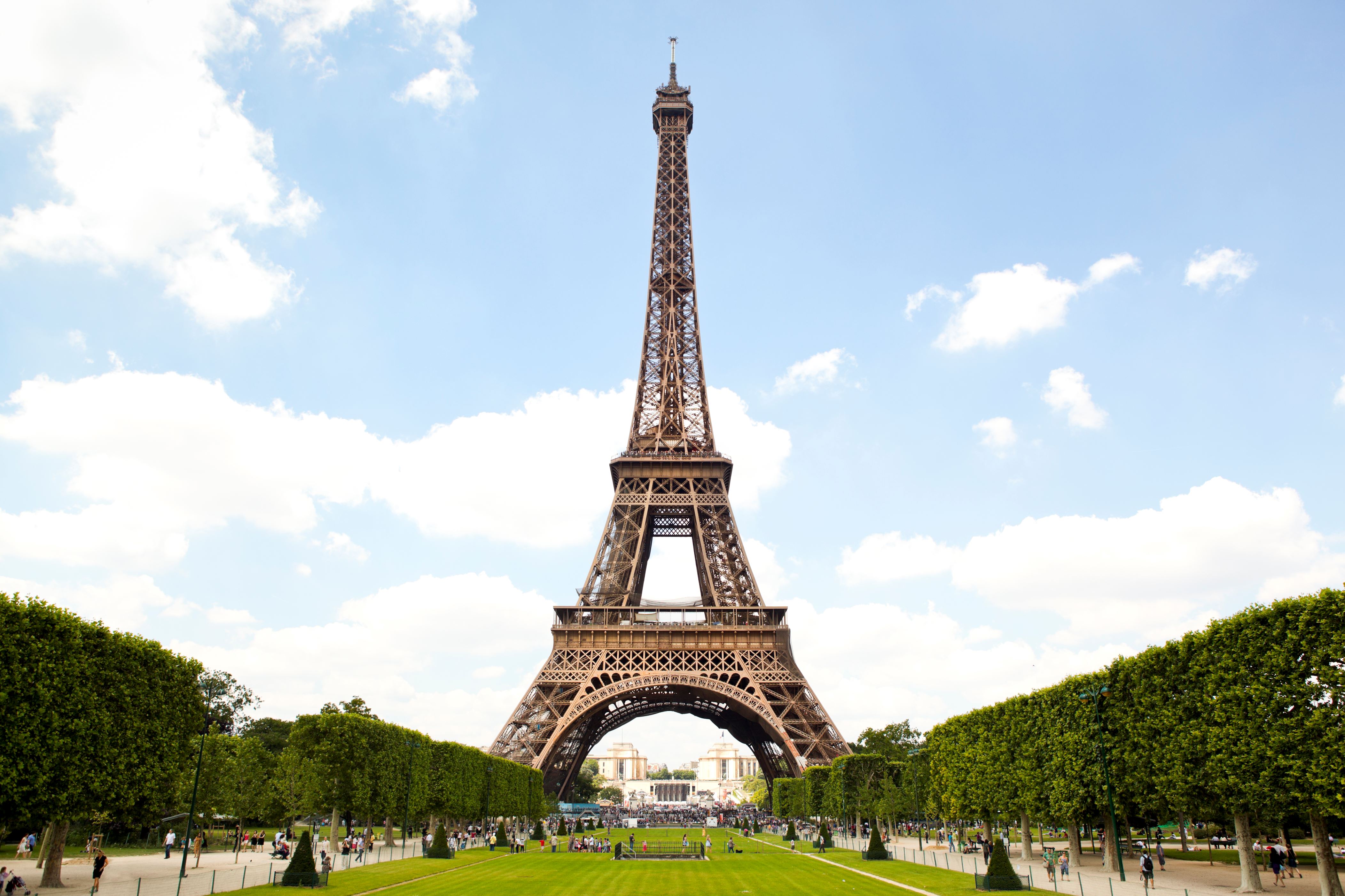 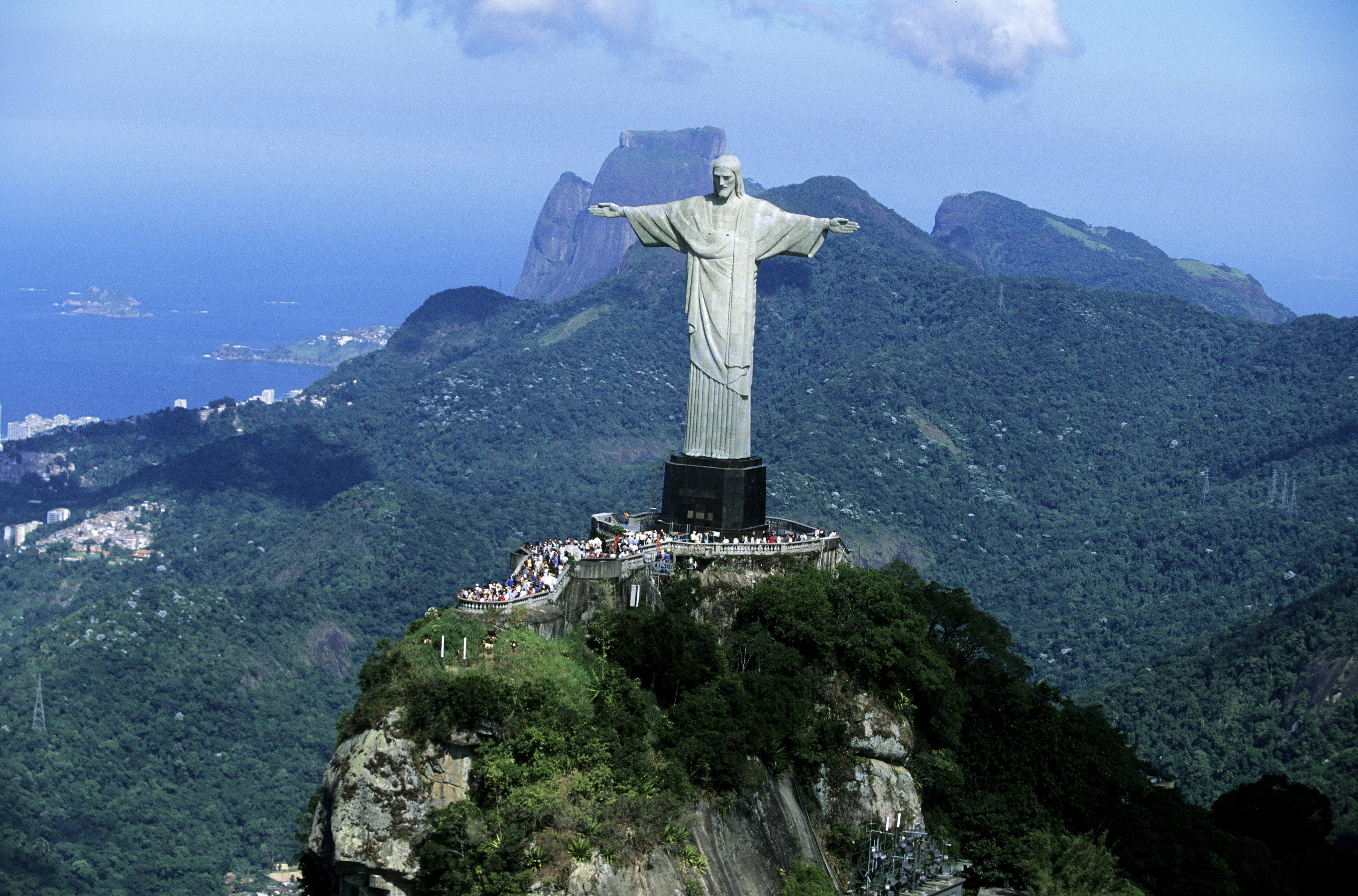 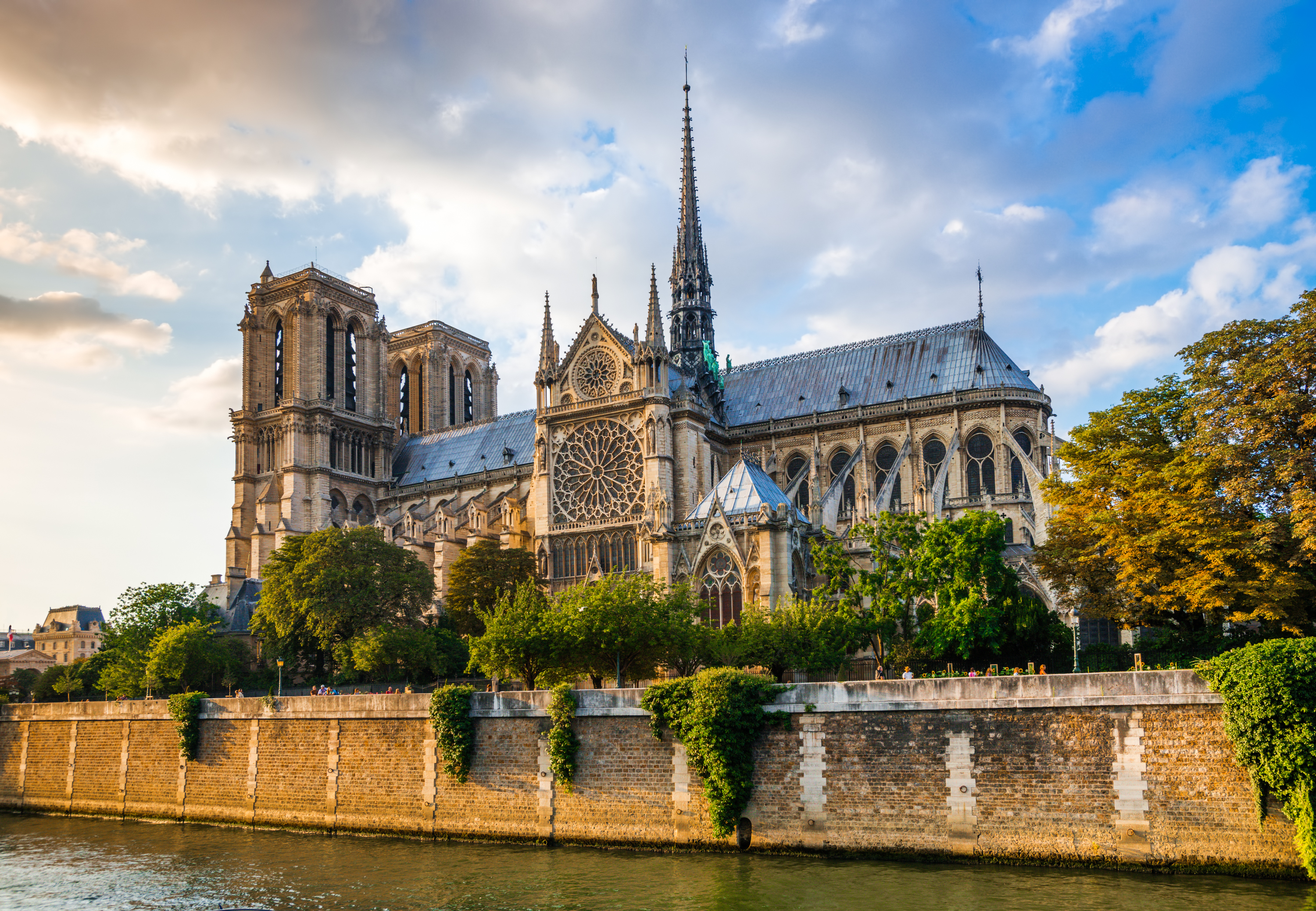 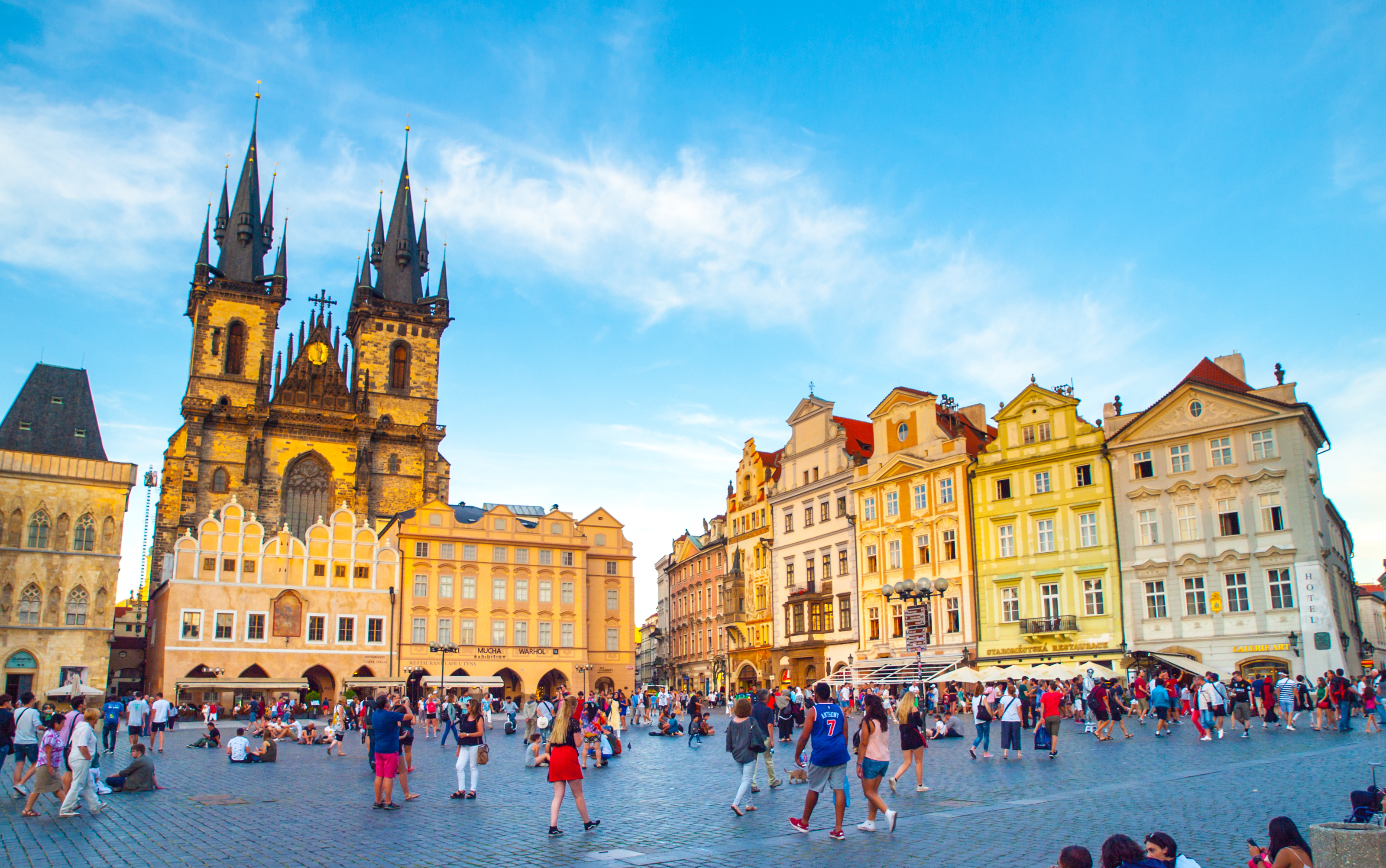 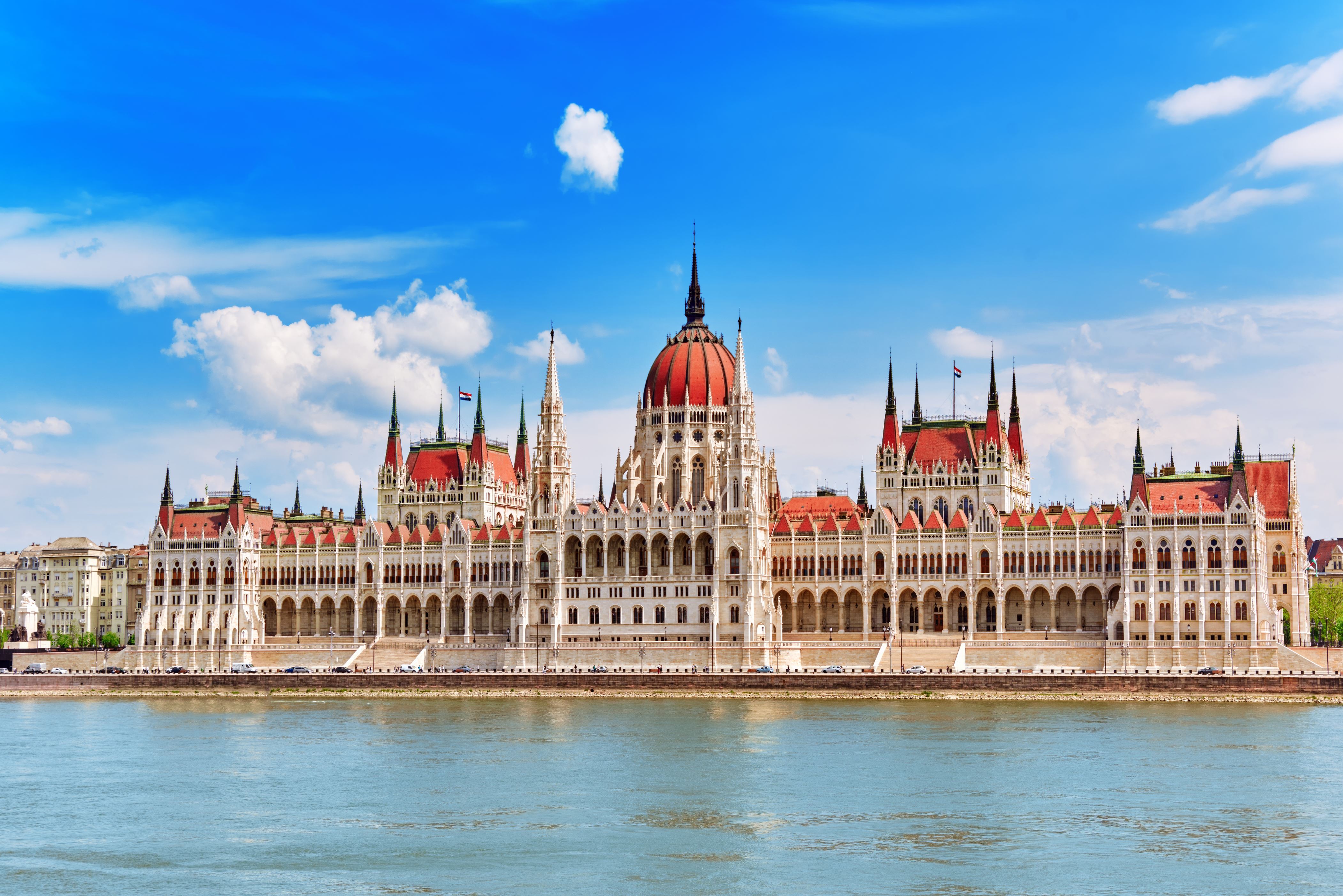 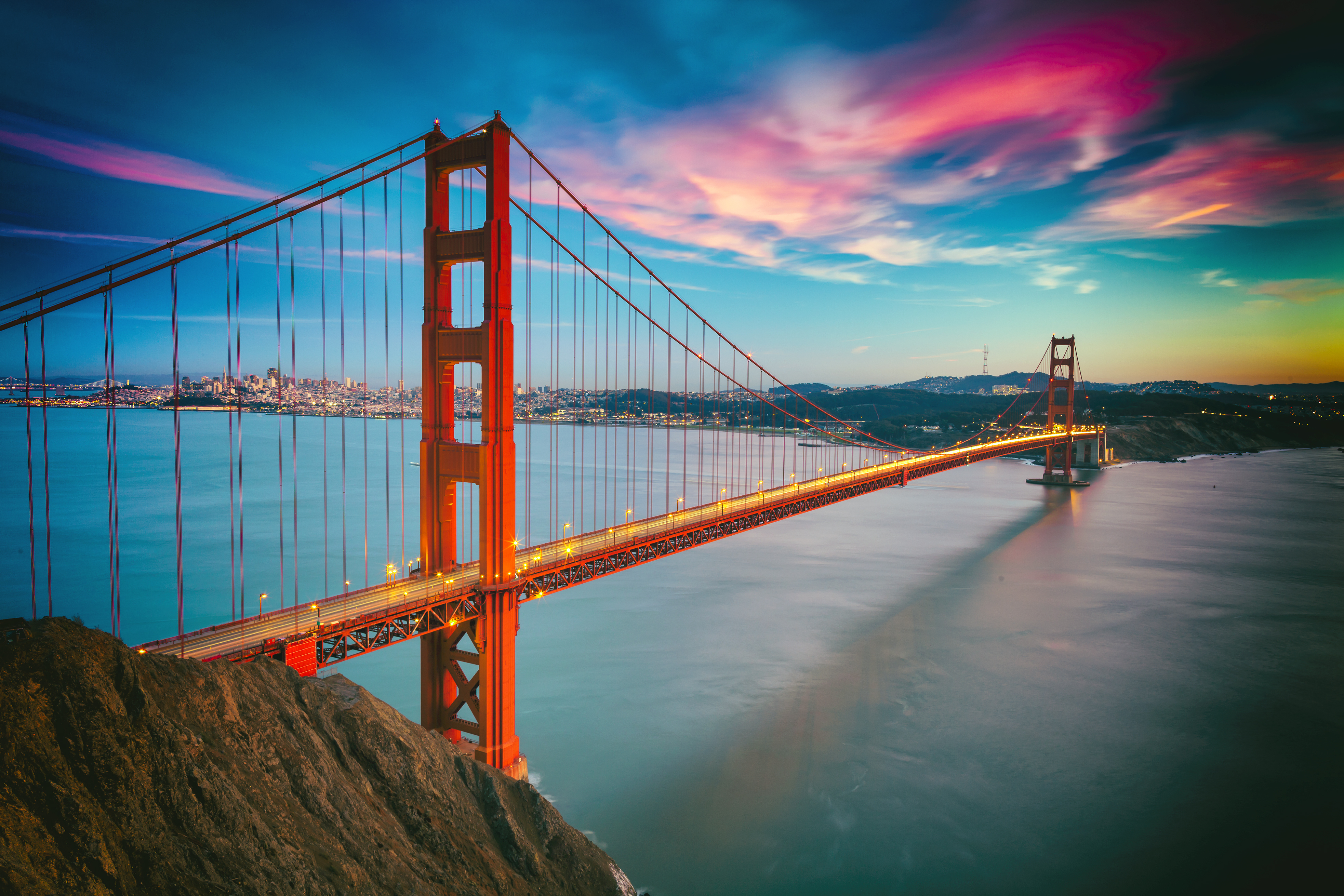 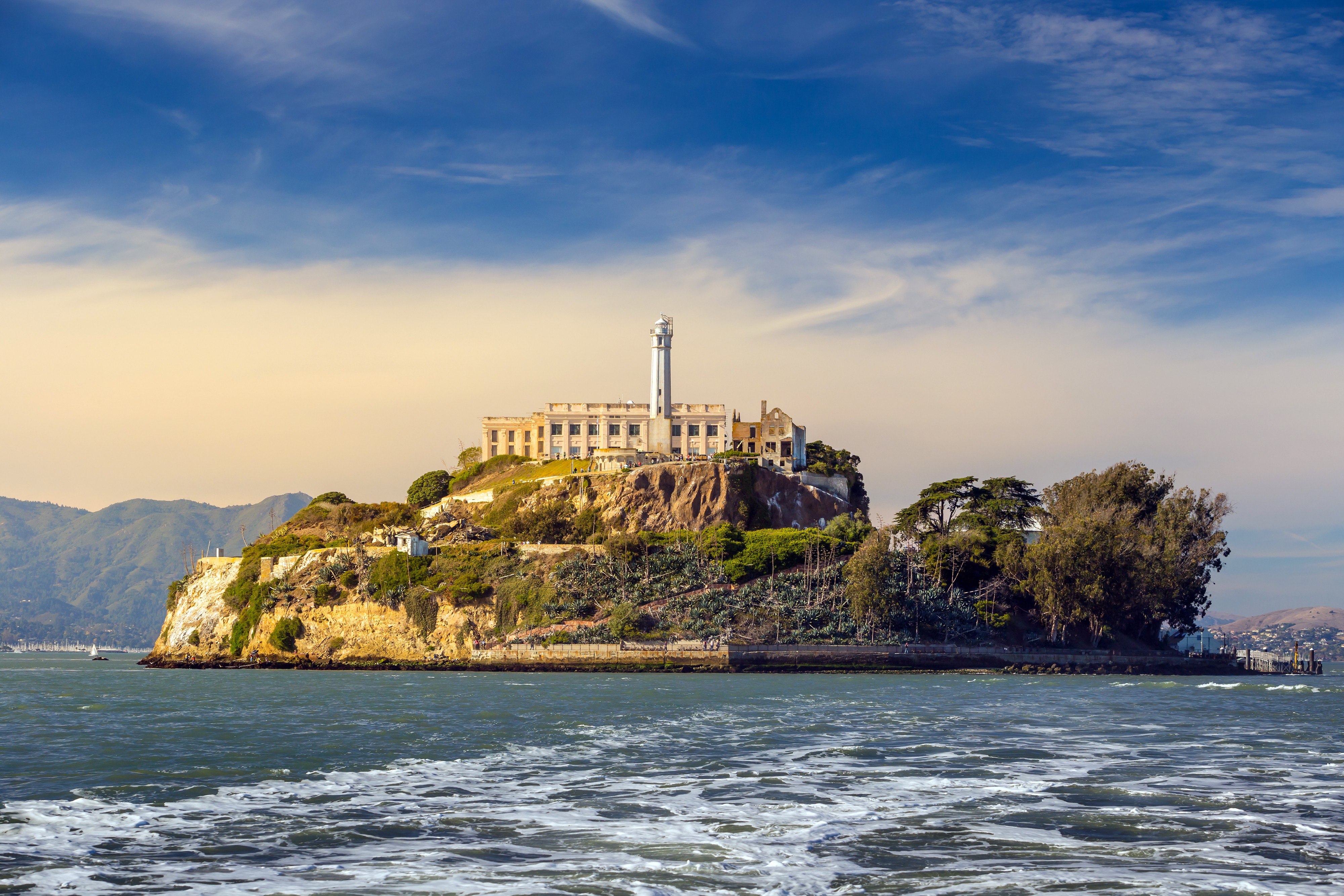 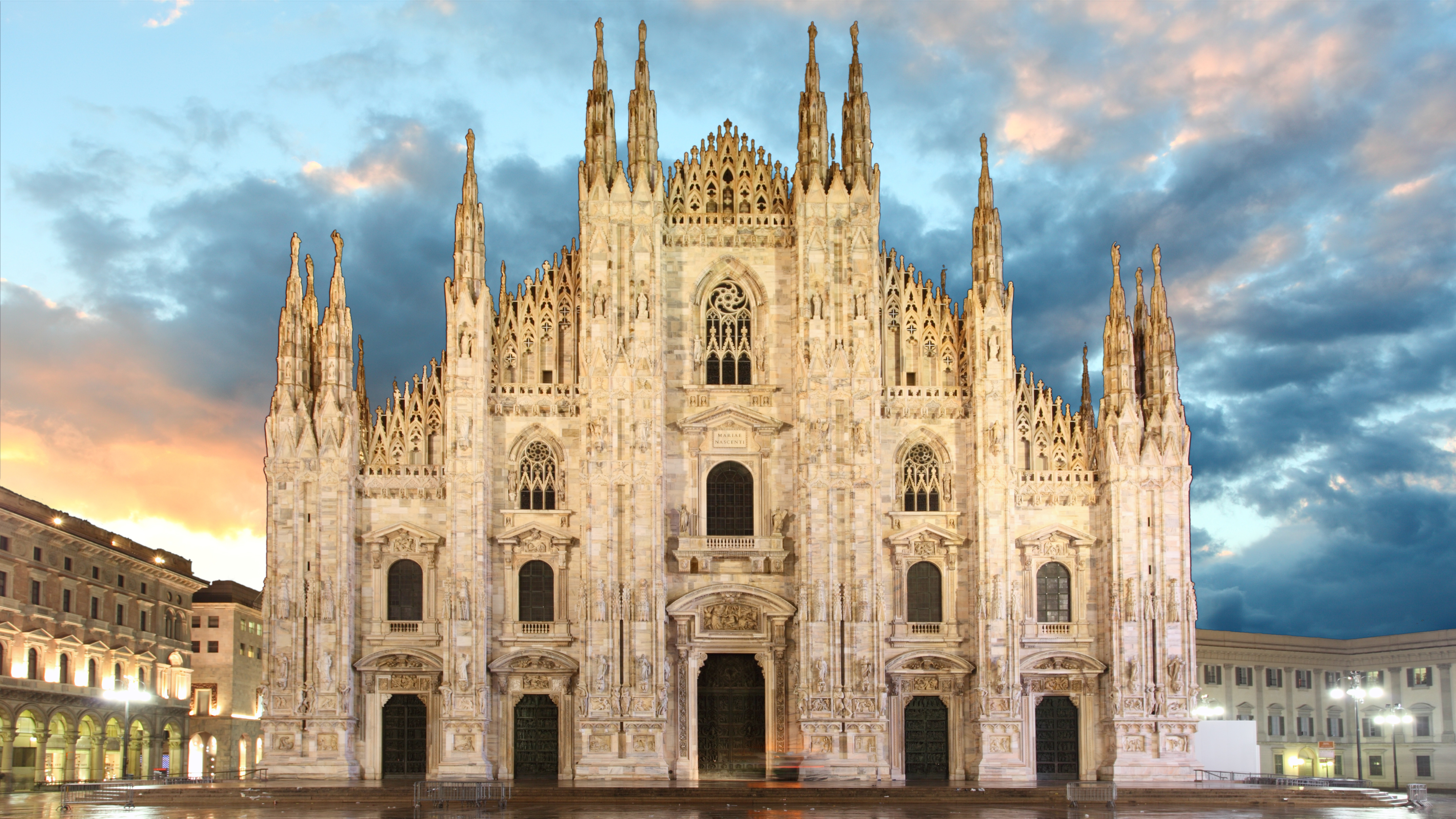 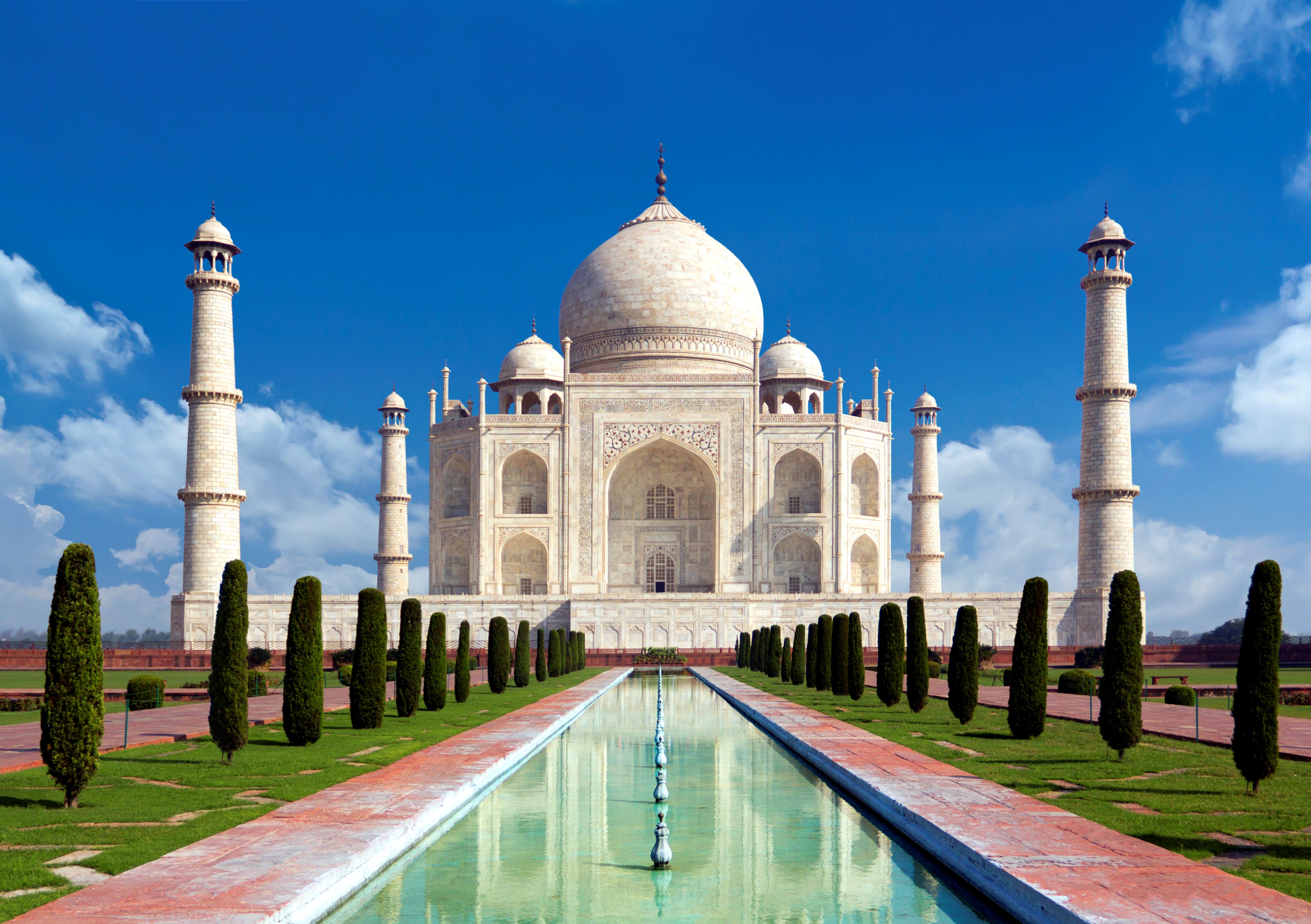 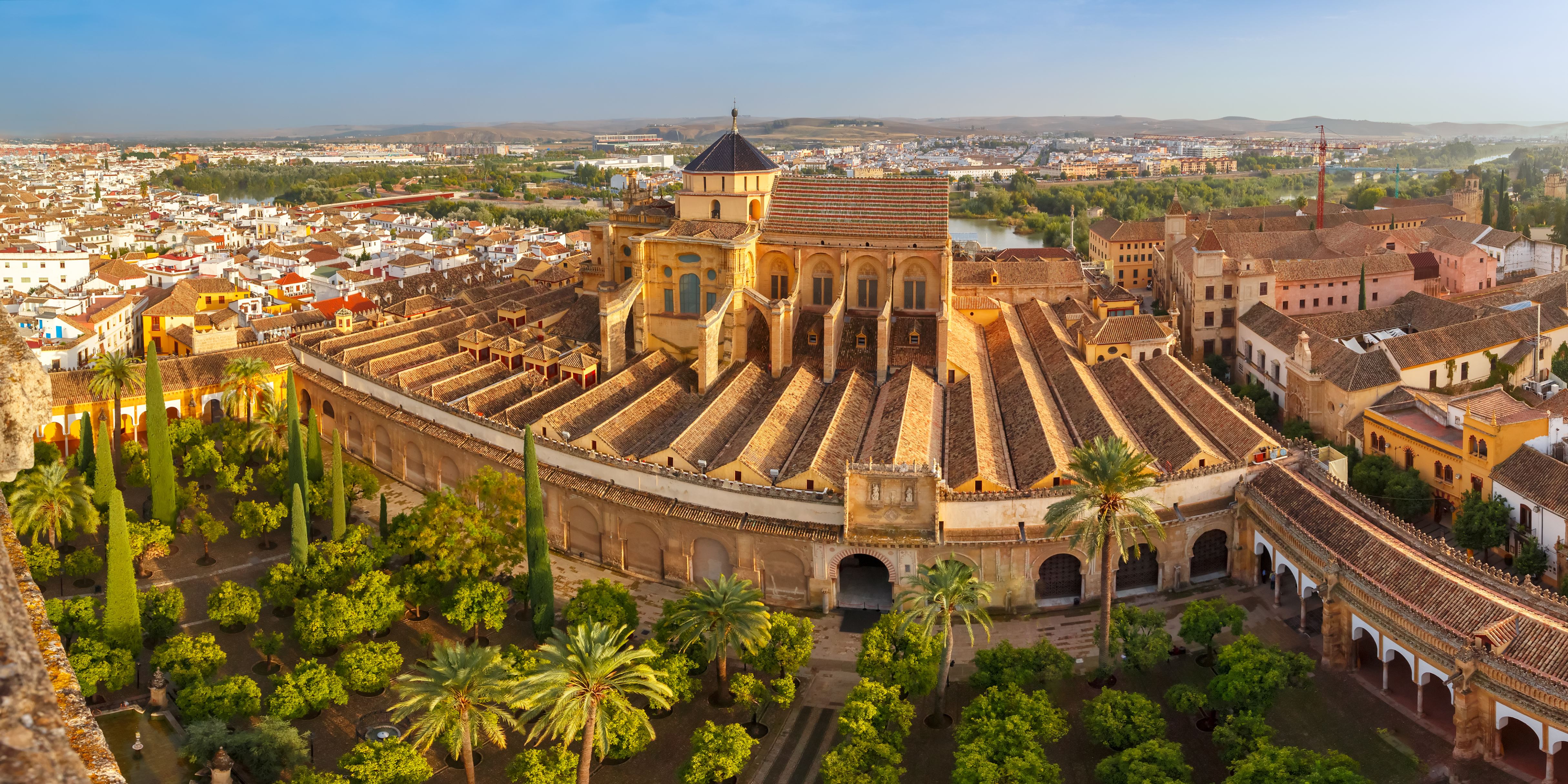 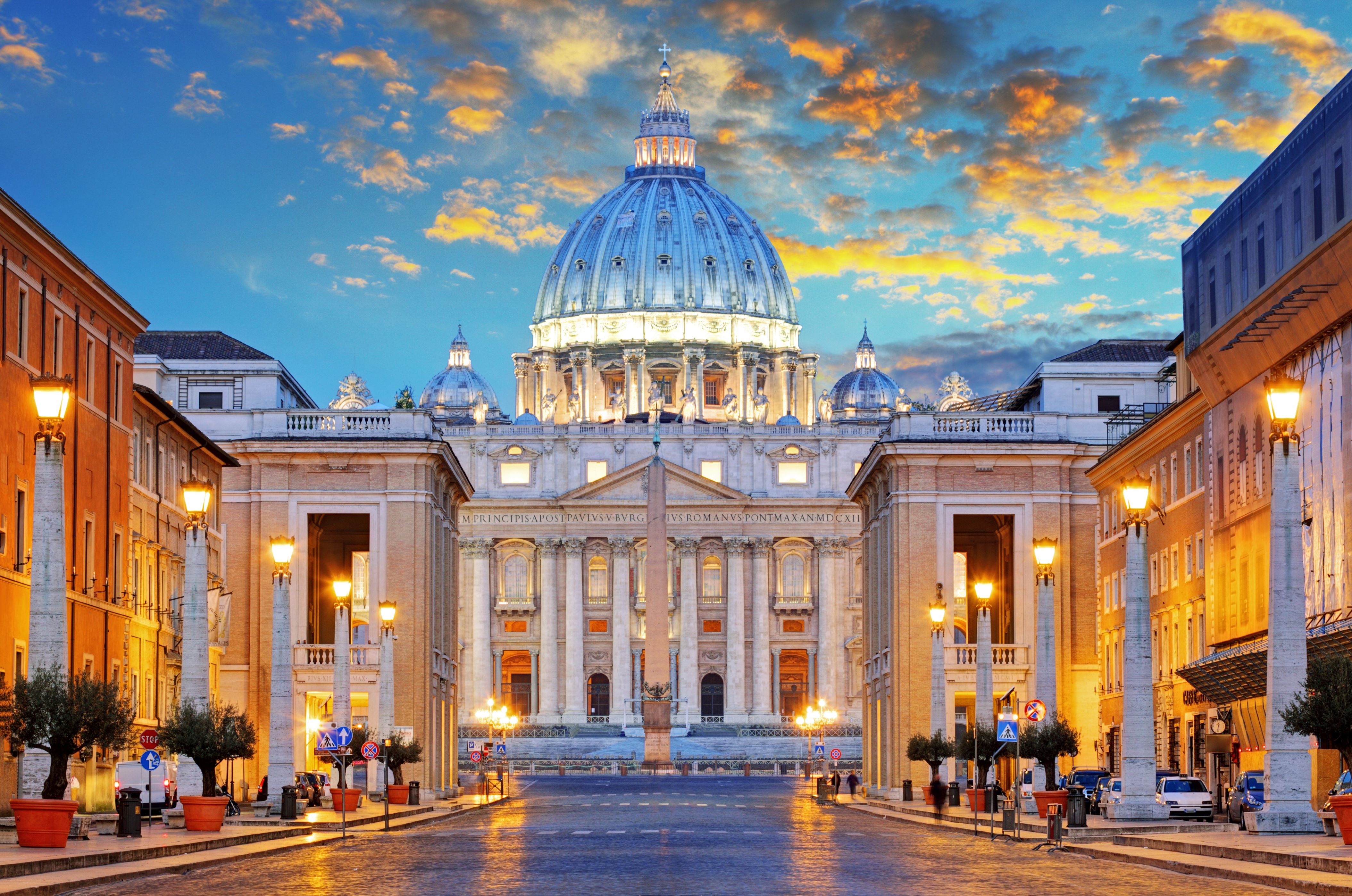 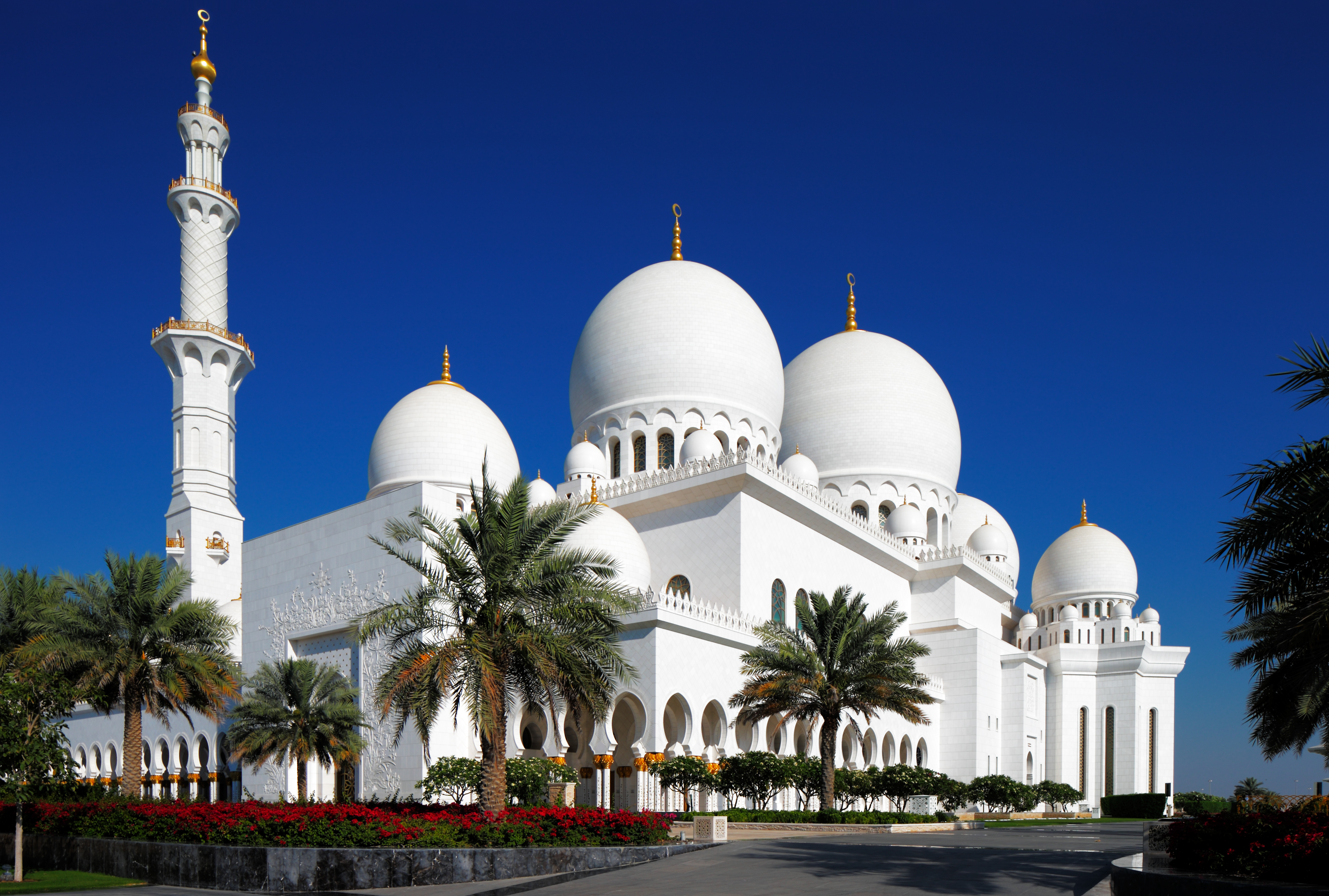 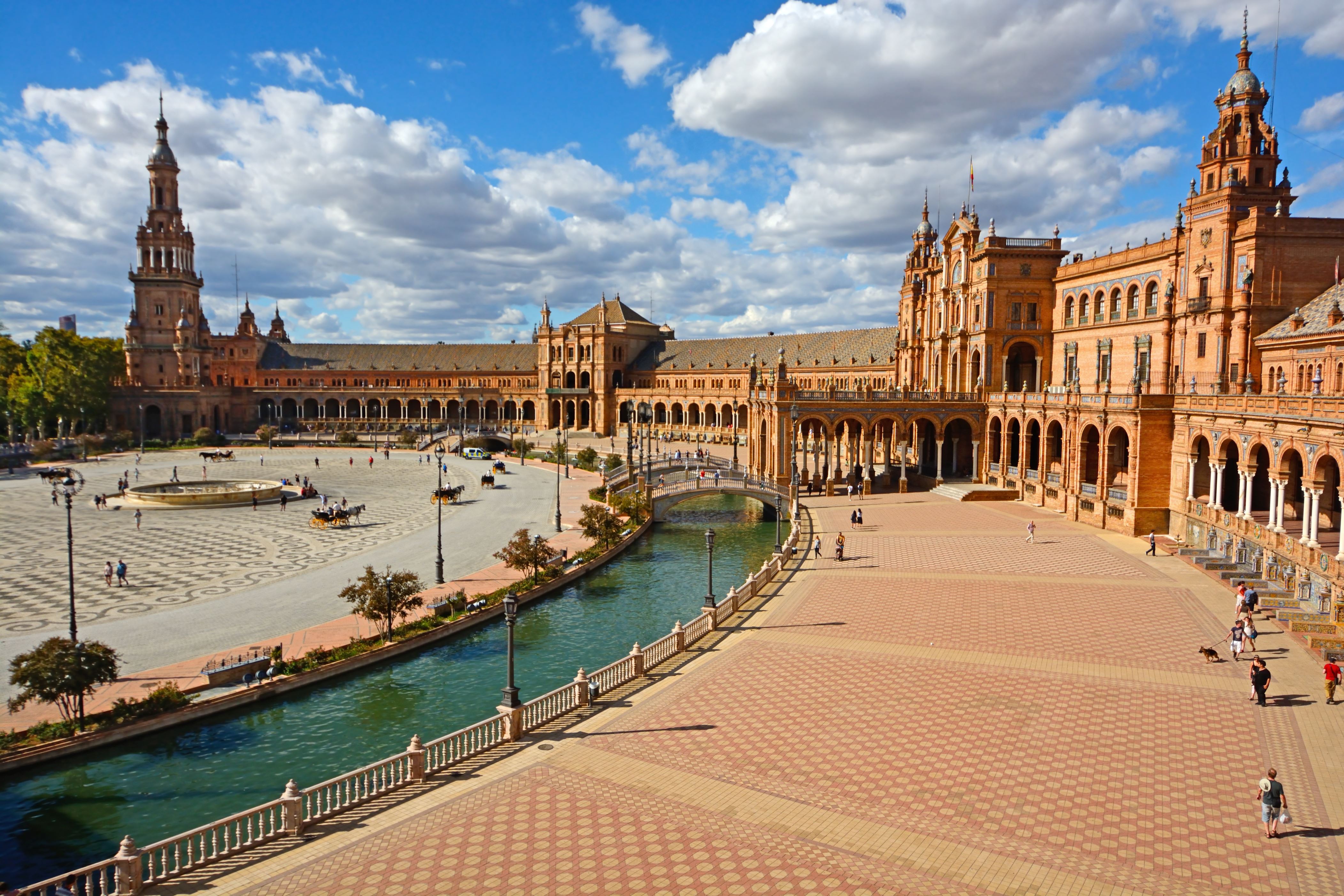 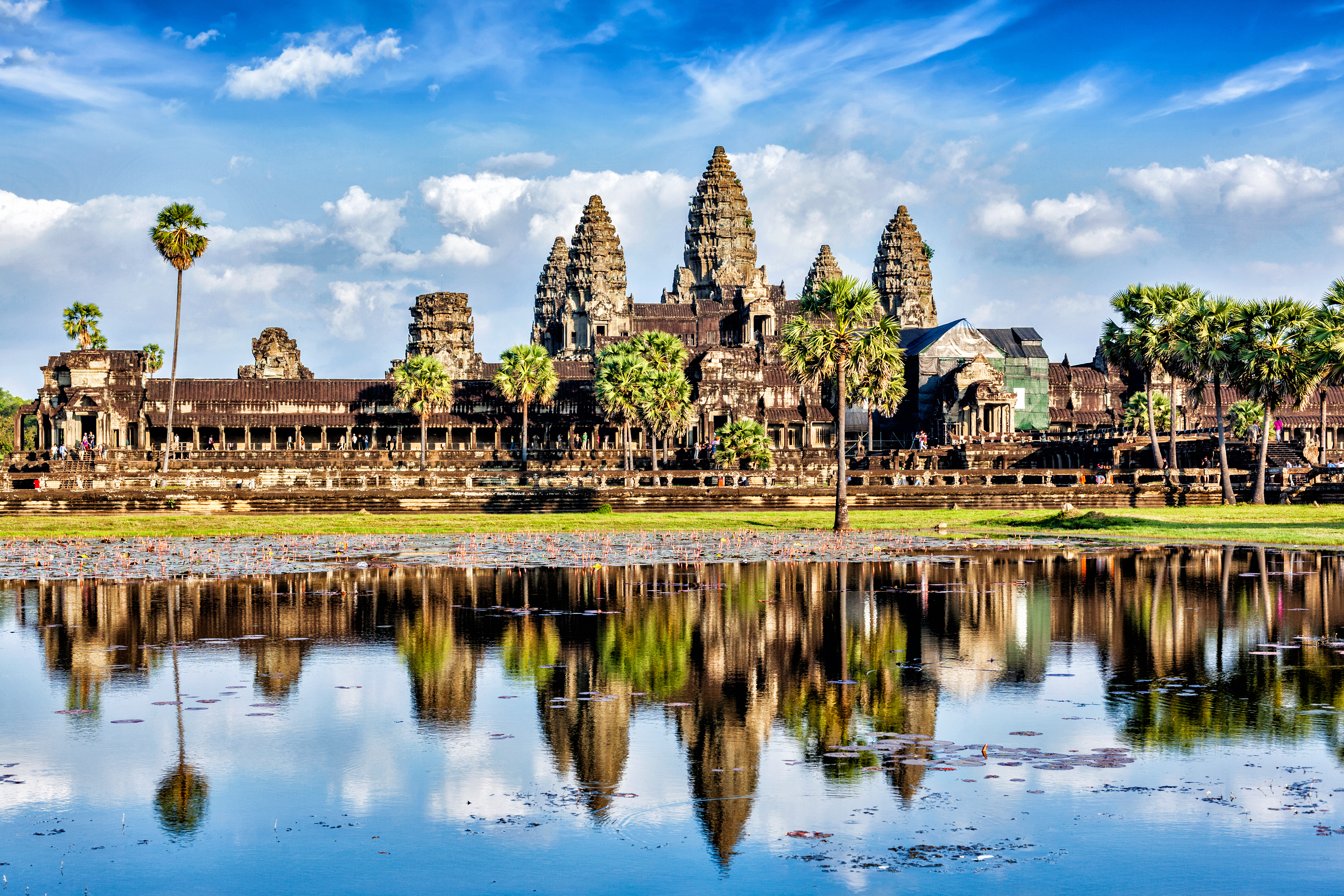 The winning landmarks of the 2018 TripAdvisor’s Traveller’s Choice Awards have been announced. They were chosen using an algorithm that includes the quality and quantity of traveler reviews collated over a 12-month period.

The 2,500-year-old gilded stupa is one of the most sacred Buddhist sites in the country. It is located on Singuttara Hill and is over 360 feet (110 meters) tall. The pagoda is covered with gold plates and 4,000 diamonds are set into the top of the stupa. In addition to its complex geometry, its radiant golden glow is hard to miss.

Dedicated to Inari, the Shinto spirit of foxes, rice and fertility (among others), the temple is known for thousands of vermilion torii gates that make up a network of trails. These lead up to the sacred woods of Mount Inari, which stand 764 feet (233 meters) high. The shrine’s grounds are dotted with fox figurines; they are believed to be Inari’s messengers.

The basilica, located in the historic district of Old Montreal, is known for its dramatic Gothic Revival architecture. Unlike most churches (which depict biblical scenes on its stained glass windows), Notre-Dame portrays the religious history of Montreal instead. A polychrome of blues, reds and purples embellish the interiors while religious statues and intricate wooden carvings accentuate the grandeur of the place.

Originally designed by Peró and Torres Armengol, the Grand Splendid is a former theater turned cinema, which is now a bookstore. It still retains its frescoe ceilings, theater boxes, rounded balconies and the plush red curtains. It was leased by Grupo Ilhsa in 2000, who then transformed it into their flagship book shop. Visitors can enjoy coffee and live piano music as they peruse their favorite books.

This breathtaking relic of the Inca civilization is situated on a mountain ridge approximately 7,970 feet (2,430 meters) above sea level and was created for Emperor Pachacuti (1438-72). The structure remained hidden from the world until 1911, when American historian Hiram Bingham highlighted it. The site faces threats from earthquakes and erosion caused by the influx of tourists.

Designated a UNESCO World Heritage Site in 2007, the opera house is one of the most distinctive performing arts centers in the world. It was designed by Danish architect Jørn Utzon and formally opened in 1973. Its performance venues host over 1,500 shows every year, which are attended by over 1.2 million people.

Designed by Adrian Smith of Skidmore, Owings & Merrill, Burj Khalifa is the tallest artificial structure in the world. It stands at 2,722 feet (829.8 meters) and has 163 floors. The design is inspired from patterning systems embodied in Islamic architecture, especially the spiral minaret.

One of the best-preserved sections of the Great Wall of China, Mutianyu has a total length of 3.4 miles (5.48 km). Made primarily of granite slabs, it houses 23 watchtowers that are distributed evenly along its entire stretch. Less crowded than the Badaling section, it can also be accessed through cable cars — making it convenient for seniors and children.

17. Temple of the Reclining Buddha (Wat Pho) in Bangkok, Thailand

One of the largest temple complexes in the city, it is well known for the 151-feet-long (46 meters) reclining statue of Buddha that is covered in gold leaves. In addition to the giant statue, Wat Pho is also a revered center for traditional Thai massage and medicine.

This ancient citadel houses the ruins of historical buildings dating back to the fifth century B.C., including the famous Parthenon. Today it is a pioneer in open-air conservation techniques, which aim to safeguard marble sections from air pollution.

15. Tower of London in London, England

The historic tower, located on the north bank of the River Thames, was built by William the Conqueror around 1066. It has served as a royal residence, an armory, a zoo, the Royal Mint and a prison. It also housed the Crown Jewels of England.

Gustave Eiffel’s masterpiece is one of the most-visited monuments in the world. It was finished in 1889 as the entrance arch for the World Fair of the same year and is the tallest structure in Paris. The tower offers views around the city as far as 49 miles (80 kilometers).

This art deco statue of Jesus Christ, made of reinforced concrete and soapstone, was unveiled in 1931. Standing at 98 feet (30 meters), excluding the 26 feet (8 meters) pedestal, it is lit up spectacularly when night falls over Rio.

The medieval Catholic cathedral is one of the most iconic examples of French Gothic architecture. Its foundation stone was laid by Pope Alexander III in 1163. Its choir, nave, porches, chapels and other embellishments were added over the next two centuries.

Founded in the 12th century, the historic square comprises the Old Town Hall, the Church of Our Lady before Týn, the Baroque Church of St Nicholas, the Rococo Kinský Palace, the Gothic House at the Stone Bell and the monument to Jan Hus. It also houses a memorial for 27 martyrs who were executed on the same spot after the Battle of White Mountain.

The largest building in Hungary was completed in 1896 to coincide with the 1000th anniversary of Hungary’s foundation. It is designed in the Gothic Revival style and has survived many changes in its lifetime, including the removal of the Soviet red star on the facade in 1990.

The suspension bridge over the Golden Gate Strait is three miles long (4.8 km) and links San Francisco Peninsula to Marin County. A symbol of San Francisco, it has been declared one of the Wonders of the Modern World by the American Society of Civil Engineers.

Situated 1.25 miles (2.01 km) offshore from San Francisco, the island was the site for the first lighthouse in California; thereafter, a home to military fortifications, a military and a federal prison. In the late ‘60s, it was occupied by a group of Native Americans as part of Native activism for 19 months. Aside from its rich historical significance, the Rock (as it is popularly called) is also known for its natural wonders that includes gardens, tide pools and bird colonies.

Dedicated to St Mary of the Nativity, it is one of the largest churches in the world. It took nearly 600 years to complete. The Gothic-style cathedral is adorned with around 135 spires and 3,400 statues on the outside, while its interiors are marked with some of the most expansive stained-glass windows.

An iconic symbol of love, this white marble mausoleum was commissioned by Mughal emperor Shah Jahan in memory of his beloved wife Mumtaz Mahal, who died while giving birth to her fourteenth child. This UNESCO World Heritage Site attracts three million visitors each year.

A prime example of Moorish architecture, the Catholic cathedral was once a mosque that was constructed by Abd al-Rahman in 784. It was converted into a church in 1236 at the time of Reconquista. One of the most notable aspects of its design is its arcaded hypostyle hall that consists of 856 columns, which are made of jasper, onyx, marble, granite and porphyry.

Officially known as the Papal Basilica of St. Peter in the Vatican, the Renaissance church was designed principally by Donato Bramante, Michelangelo, Carlo Maderno and Gian Lorenzo Bernini. Believed to be the burial site of St Peter, who was one of Jesus’s Apostles, it is regarded as one of the holiest shrines for Catholics.

Initiated by late president of the United Arab Emirates, Sheikh Zayed bin Sultan Al Nahyan, the largest mosque in the country was constructed between 1996 and 2007. The mosque can accommodate up to 40,000 devotees. The 35-ton carpet in the main prayer hall took almost two years to complete, can seat 7,000 people and is considered the largest in the world.

Built in 1928, the plaza is located in the Parque de María Luisa. An iconic landmark of Regionalism Architecture, it was built for the Ibero-American Exposition of 1929. The complex looks like a half-circle; lying in the center is the Vicente Traver fountain.

This UNESCO World Heritage Site is Cambodia’s prime tourist attraction and appears on its national flag. Built during the reign of Khmer king Suryavaram II in the 12th century, the temple was dedicated to Hindu god Vishnu and is a symbolic representation of Hindu and Buddhist cosmologies.

Qantas job losses: Airline cuts more than 6,000 jobs due to the coronavirus pandemic

10 U.S. Destinations That Are About to See a Spring/Summer Travel Boom, According to Airbnb

Embark on your happy journey ·