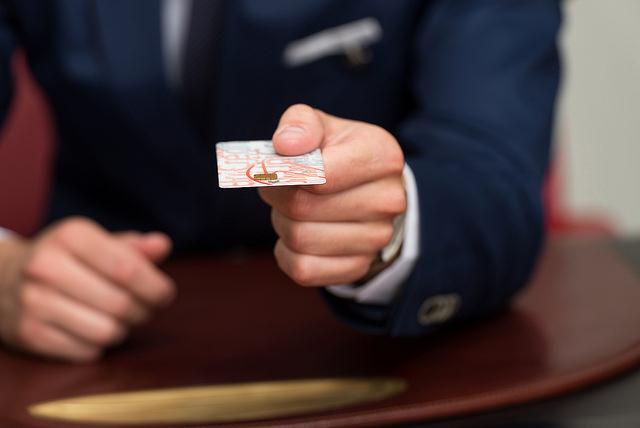 Sure, a trip to Paris or Rome is nice – but sometimes the best
vacations come from traveling off the beaten path.

In 2020, beat the crowds by heading to lesser-known destinations
that are just as stunning as their more popular counterparts.

Forget taking an overpriced gondola ride in Venice and visit

one of the Most Romantic Cities in Europe, Colmar. This
French town is only a hop, skip, and a jump away from the border
of Germany, and looks like something straight out of a Hans
Christian Andersen fairytale. Stroll down the cobblestone streets
that are lined with colorful, half-timbered houses, or take a
romantic boat tour down “Petite Venise” (little Venice), the
town’s winding river. Known as the “Alsatian wine capital” along
France’s famous Alsace wine route, you should make sure to
explore one of the many vineyards in the area, and clink glasses
over some of the best wine you’ve ever tasted.

Instead of Stockholm, visit Gothenburg, Sweden.

Gothenburg is a less crowded and cheaper alternative to Stockholm
that is nonetheless bursting with charm, thanks to picturesque
wooden houses and cobblestone streets. For a more current
experience, visitors can also check out Långgatorna, a modern
street known as a bustling “Little London.” The town also has a
theme park called Lisebergs Nojespark where visitors can ride
rides or explore its landscaped sculpture garden.

Instead of Vail, visit Telluride, Colorado.

This quirky former mining town rivals Aspen and Vail in terms of
skiing terrain, but prides itself in being far less pretentious.
There’s plenty to do in the summer as well, from hiking and
biking to fly fishing. A free, year-round gondola takes visitors
from Telluride to Mountain Village.

Typically overshadowed by destinations like Munich and Berlin,
this 2,000-year-old city is famous for its super pale ale,
Kölsch, and its extravagant High Gothic architecture. Instead of
standing in line to see the Gothic styles of Milan Cathedral in
Italy, visit Cologne’s picturesque hallmark, Cologne Cathedral,
which is equally stunning and over 150 feet taller.

Instead of fighting the crowds in Copenhagen’s famous wharf,
Nyhavn, check out Bergen’s historic wharf, which is just as
colorful yet a whole lot more peaceful. Visitors can also take a
cruise to see some of Norway’s largest fjords, such as Sognefjord
and Hardangerfjord, or jump on a train to Voss, Norway, on the
famous Flåm Railway. The route between Bergen and Voss is
considered one of the world’s most scenic train rides, with
endless fjord views whizzing by right outside your window.

Located on the same parallel as Burgundy and Bordeaux in France,
and definitely less touristy than Napa Valley, this area produces
similar wines, but for much cheaper. While the region became
internationally known for its white wines, like Chardonnay and
Pinot Grigio, it’s increasingly becoming known for its
French-style reds like Pinot Noir, Cabernet Franc, and Merlot.
Stunning views of Lake Michigan’s Grand Traverse Bay aren’t too
shabby either.

Instead of Vienna, visit Salzburg, Austria.

Much like Vienna, Salzburg is filled with art, culture, and
history, but on a much smaller scale. Known as the city of
Mozart, music lovers can visit the famous musician’s birthplace,
tour Bibliotheca Mozartiana, the most extensive Mozart library in
the world, or catch a concert at the Salzburg Marionette Theatre.
Tourists can also get lost in the stunning baroque architecture
of the city’s historic center, which leads up to Hohensalzburg
Fortress, one of the largest Medieval castles in Europe.

Instead of Munich, which is famous for its beer culture, visit
the small town of Plzen, which is credited with creating the
original Pilsner beer. One of the town’s top attractions is the
Brewery Museum, though the picturesque Great Synagogue, the
second-largest synagogue in Europe, is also worth a visit.

Laguna Beach is the perfect beach town, and known to attract
celebs like Justin Bieber and Leonardo DiCaprio. It’s a paradise
for beach bums, and lacks the crowds and tourist traps of Venice
Beach in Los Angeles. Visitors have a plethora of nature to
discover including the scenic Heisler Park and Crystal Cove State
Park.

Although often overlooked, Bulgaria’s capital, Sofia, has a lot
to offer tourists. Much like Berlin, Sofia is filled with history
and tons of quirky street art. There’s also the massive Cathedral
Saint Alexandar Nevsk and skiing on Vitosha Mountain in the
winter.

Belgrade should be added to any Eurotrip itinerary. Once voted
the world’s No. 1 party city, Belgrade is the perfect place
to let loose. During the day, tourists can explore Kalemegdan
Fortress, which dates back to around 535 A.D., or relax on the
beach at Da Ciganlija, a small island on the Sava River that
flows through the city, much like Istanbul’s Bosphorus.

Forget about the crowds at Rio De Janeiro and head to the
car-free village of Morro de São Paulo, which is located on the
northeastern tip of Brazil’s Tinharé Island and has much nicer –
and less crowded – beaches. Check out Quarta Praia Beach for some
peace and quiet, or, if you want some more action, head to
Segunda Praia Beach, which is bustling with beach bars and
vendors selling fresh cocktails.

Just a short, two-hour train ride north of London are the
charming streets of York. Explore The Shambles, which was once
voted “The
most Picturesque Street in Britain” by Google. The
magical-looking street is even rumored to have been the
inspiration for Diagon Alley in the “Harry Potter” films.
Visitors can also visit the city’s stunning medieval cathedral,
York Minster.

Instead of going to tourist hotspots like Bangkok and Chiang Mai,
get off the beaten path and check out Chiang Rai. Much like
Chiang Mai, Chiang Rai is full of spectacular temples, including
the famous Wat Rong Khun (The White Temple), and Wat Phra Kaeo
(Temple of the Emerald Buddha).

Instead of Zurich, visit Bern, Switzerland.

This city, built around the Aare River, is Switzerland’s capital.
Less touristy and much cheaper than other Swiss cities, like
Zurich, its Medieval architecture is great for sightseeing. After
a long day of exploring, visitors can grab a raft or take a
refreshing swim in the crystal blue, clean waters of the Aare
River, flanked by Bern’s Old Town.

Many don’t realize that Slovenia’s capital, Ljubljana, is just as
stunning as the glamorous streets of Paris. Bustling with cafés
and quirky art nouveau architecture, visitors can explore the
cobblestone streets of Ljubljana Old Town, walk along the city’s
charming canals and bridges, such as Triple Bridge, or tour the
cities iconic landmark, Ljubljana Castle.

Instead of Warsaw, visit Kraków, Poland.

Instead of traveling to Warsaw, grab a delicious obwarzanek
Krakowski (thought to be the original version of a bagel) from a
street vendor and explore the less crowded, but just as historic,
streets of Krakow. Visitors can ride through the city’s
picturesque Main Market Square in a horse-drawn carriage, or
delve into its history by walking through the Jewish District of
Kazimierz, visiting Hero’s Square at the old Jewish ghetto from
WWII, or touring the famed Oskar Schindler’s Factory.

Emirates airline to suspend Singapore to Brisbane flights from March 2020

The incredible winning photos in a nature photography contest