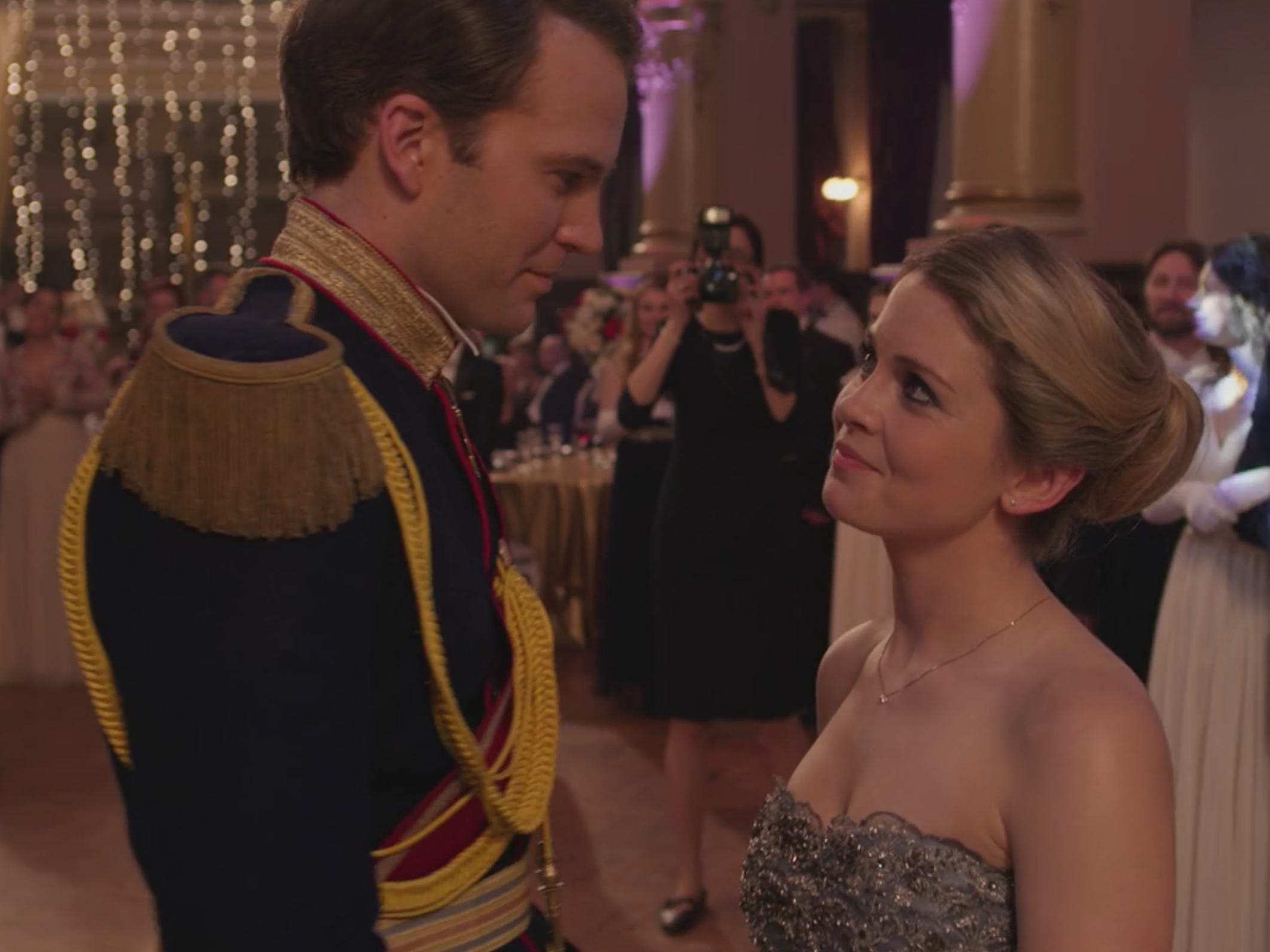 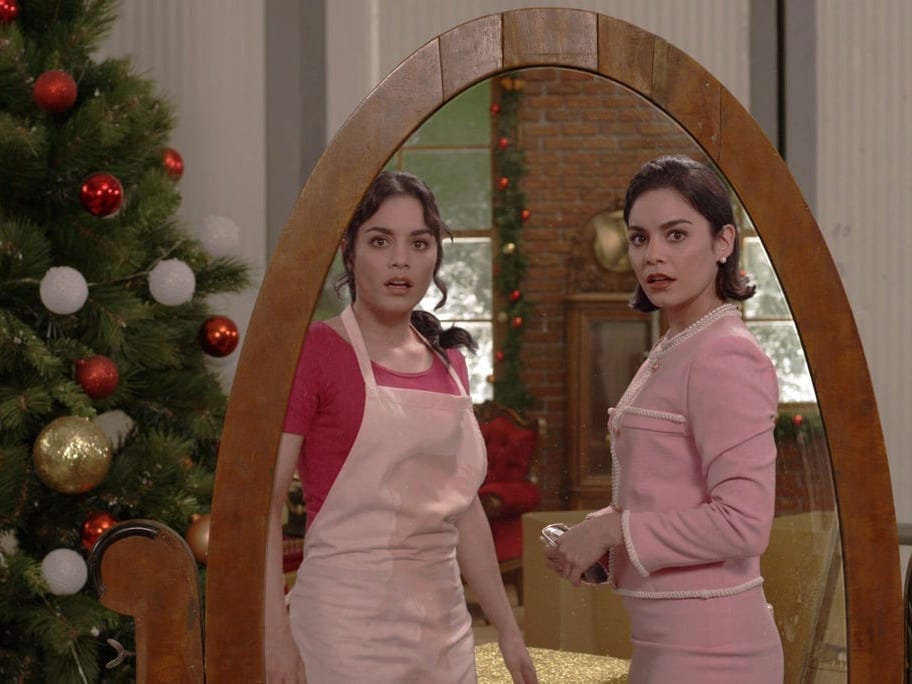 14 of Netflix’s original holiday movies, ranked from worst to best

Since 2015, Netflix has been delighting viewers with its original holiday content.

From “A Christmas Prince” to “Let It Snow,” read on for 14 of Netflix’s Christmas movies, ranked from worst to best according to critic scores on Rotten Tomatoes.

Note: All scores were current on the date of publication and are subject to change. Films without critical ratings were not included. Netflix’s originals generally consist of both content created by the streaming service and content exclusive to the platform.

“The Holiday Calendar” (2018) is a sweet, if a little predictable, Christmas movie.

Synopsis: “The Holiday Calendar” follows Abby Sutton (Kat Graham), a photographer who doesn’t quite know what she wants out of life and is afraid to go after her dreams.

However, when her grandfather (Ron Cephas Jones) gives her a magical advent calendar, it helps her gain the confidence she needs to be herself.

“Kat Graham (of ‘The Vampire Diaries’) brings almost too many acting chops for a good holiday rom-com, but the film is still cheerily nonsensical,” Lea Palmieri wrote for Decider.

“A Christmas Prince: The Royal Baby” (2019) is the lowest-rated movie in the film series.

Synopsis: The third installment in the “Christmas Prince” series returns to Aldovia as the kingdom prepares for the holiday season, and Amber (Rose McIver) and Richard (Ben Lamb) prepare to welcome a royal baby.

But before they can relax for their parental leave, they must restore a 600-year-old treaty between Aldovia and Penglia.

“The weakest entry in the series feels like it’s running on autopilot and introduces some problematic new elements of the mythos,” Evan Dossey wrote for The Midwest Film Journal.

“Holiday in the Wild” (2019) is a cheesy, light-hearted Christmas romance.

Synopsis: “Holiday in the Wild,” also known as “Christmas in the Wild,” follows Kate Conrad (Kristin Davis) as she goes on her “second honeymoon” alone after her husband suddenly ends their relationship.

Throughout the African safari, Kate rediscovers herself and falls for Derek Holliston (Rob Lowe).

Synopsis: In “El Camino Christmas,” a troubled 20-something (Luke Grimes) goes in search of his long-lost father. But instead, he finds himself in a hostage situation in a liquor store on Christmas Eve.

“No carols are sung. No Santa is seen, and the decorations are few and far in-between. This is more of an anti-Christmas, anti-feel-good flick, but it’s one you might want to watch more than once,” Kiera Allen wrote for the Kankakee Daily Journal.

Synopsis: In “Christmas Inheritance,” Ellen Langford (Eliza Taylor) has to travel to her father’s hometown and hand-deliver an important Christmas letter in order to become the CEO of her family’s gift business.

Along the way, she’s surprisingly charmed by the small town’s friendliness and the handsome, down-to-earth inn manager (Jake Lacy).

Dana Schwartz wrote for Entertainment Weekly, “Unlike ‘A Christmas Prince,’ my favorite movie of 2017, it seems to have a self-satisfied earnestness that makes you want to sit it down and go, ‘Hey ‘Christmas Inheritance.’ What exactly do you think you’re doing here?'”

Emma Roberts lent her star power to one of Netflix’s newest originals, “Holidate” (2020).

Synopsis: In “Holidate,” strangers Sloane (Emma Roberts) and Jackson (Luke Bracey) agree to be each other’s plus-ones for every gathering in the upcoming year to avoid the constant judgment of their families.

But things get more complicated when it starts to become more than just a platonic agreement.

Lisa Kennedy wrote for Variety, “‘Holidate’ won’t change your mind about the tread-worn challenges of romantic comedies, but its leads leverage their charms nicely.”

“A Christmas Prince: The Royal Wedding” (2018) didn’t hold up to the original.

Synopsis: In the sequel to “A Christmas Prince,” Prince Richard (Lamb) and Amber (McIver) prepare for their royal wedding. But scandal rocks the kingdom when money disappears and the citizens of Aldovia grow increasingly angry with their royals.

“It’s cheesy, it’s cringey, but most importantly, it’s harmless — and worth a watch if you’re in the mood for some mindless holiday cheer,” Libby Torres wrote for The Daily Beast.

Kurt Russell delivered as Santa Claus in “The Christmas Chronicles” (2018).

Synopsis: In “The Christmas Chronicles,” after two kids try to trap Santa (Kurt Russell) and end up losing his precious bag of gifts, the hunt is on to save Christmas — and Santa is charmingly sarcastic all along the way.

Melanie McFarland wrote for Salon, “The film’s no great shakes, but Russell’s star power in ‘The Christmas Chronicles’ is a gift anyone should be happy to claim.”

Most critics found “A Very Murray Christmas” (2015) to be a surprisingly poignant holiday special.

Synopsis: In “A Very Murray Christmas,” Bill Murray’s (playing himself) Christmas special gets canceled because of a snowstorm. Instead, he seeks shelter in a bar where the fellow patrons are more than willing to sing a few holiday songs with him.

Jeff Jensen wrote for Entertainment Weekly, “Murray has surprising resonance. It may not be the yuletide cheer you want in a season darkened by terrorism and fear, but it does have a message that meets the moment.”

“The Knight Before Christmas” (2019) is a holiday romance with a fantasy twist.

But the more time they spend together, the more Sir Cole wonders if he really wants to succeed and return home.

Ian Sandwell wrote for Digital Spy, “‘The Knight Before Christmas’ has every possible festive ingredient you could want, even a puppy in a stocking. Cynics need not apply, there’s nothing here for you.”

“A Christmas Prince” (2017) kicked Netflix’s holiday film series off with a bang.

Synopsis: “A Christmas Prince” centers on Amber (McIver), a journalist gunning for her big break, as she goes undercover to write about the royal family of Aldovia.

Along the way, she ends up discovering a huge secret that could throw a wrench in the whole Aldovian line of succession, while also falling for the prince (Lamb).

“It’s everything you want a holiday film to be: cheesy, hopeful, a little bit ridiculous, and overall as warm and toasty as the fireplace you’re watching it next to,” Lea Palmieri wrote for Decider.

Critics were surprisingly charmed by “The Princess Switch” (2018).

But when she meets Duchess Margaret (also Hudgens), who could be her twin, Stacy agrees to switch places with her so the princess can see what “normal” life is like before she takes the throne.

“‘The Princess Switch’ is a delight. If you told me last year that I would thoroughly enjoy — nay, crave — another ‘Parent Trap’–like movie but starring Vanessa Hudgens … I would have told you exactly what to do with your Christmas pastries,” Emily Tannenbaum wrote for Cosmopolitan.

The interweaving stories in “Let It Snow” (2019) won many critics over.

Synopsis: Based on the short stories by John Green, Lauren Myracle, and Maureen Johnson, “Let It Snow” follows a group of teenagers living in a small, Midwestern town during the holiday season. All of their stories lead to a Christmas Eve party at the local Waffle Town.

Molly Freeman wrote for Screen Rant, “In ‘Let It Snow,’ Netflix delivers a cute young adult holiday romance that’s comforting in its cheesiness, even if it doesn’t break new ground.”

“Klaus” (2019) is an animated flick filled with Christmas myth.

Synopsis: In “Klaus,” after struggling mail carrier Jesper (voiced by Jason Schwartzman) gets reassigned to an island above the Arctic Circle, he meets mysterious carpenter Klaus (voiced by J.K. Simmons).

Their unlikely friendship melts a years-old feud in their cold town of Smeerensberg and sparks a new holiday tradition.

“It’s awkward and weird, and yet all that awkwardness and weirdness give it personality and charm and a freewheeling, nonsensical quality that feels refreshing,” Bilge Ebiri wrote for Vulture.

Value in the Valley: Inside the campsite you voted Ireland's Favourite Small Stay

Trip bundling is growing: Here are 6 places you can plan a trip from start to finish