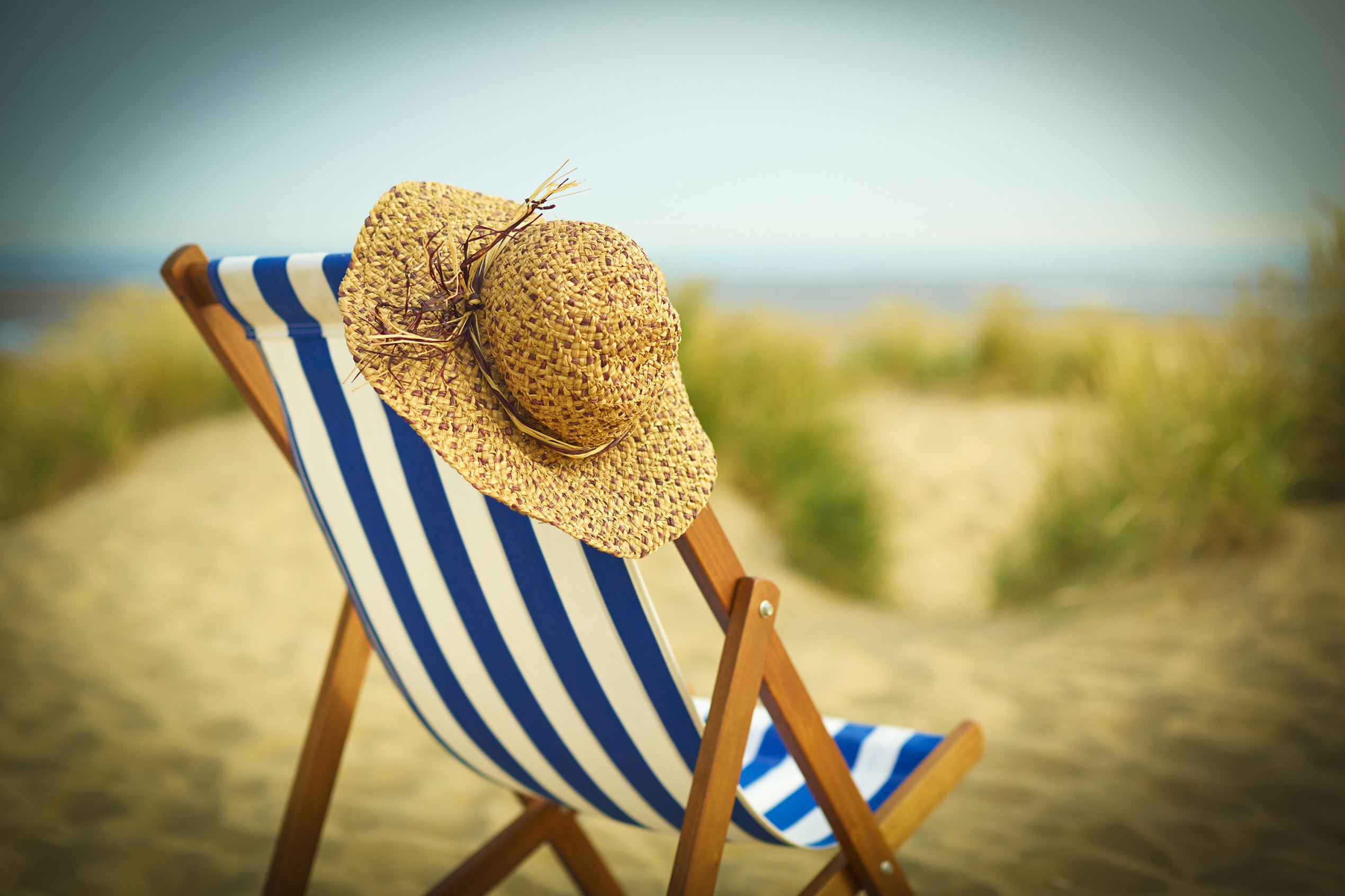 Leave the kids at home!

Disney’s just for kids, right? Wrong! Sure, the parks are filled with glittering castles and classic rides perfect for little ones and their parents, as well as some amazing resorts for a perfect family vacation, but they’re also filled with hidden gems that adults will love—including themed bars, relaxing attractions, and ways to check out the parks’ behind-the-scenes workings. So, leave the kids behind on your next vacation and check out these 15 things for grown-ups to do at the Disney park of your choosing.

Indulge at Victoria and Albert’s

Victoria and Albert’s is the hardest restaurant to get reservations for at Walt Disney World—and for good reason. It’s the only AAA Five Diamond–rated restaurant in Disney World (at the Grand Floridian, to be exact), and it’s outstanding. The cuisine is far above the typical theme-park food, and the chefs create new menus based on what’s available each season. For adults looking for a top-of-the-line experience while on vacation, Victoria and Albert’s is not to be missed. Dining reservations are required and guests need to adhere to a strict dress code, but it’s all worth it when you’re served caviar from around the world and steaks imported from Japan.

Take your own adventure on Animal Kingdom’s jungle trails

Throughout Disney’s Animal Kingdom, you’ll find various jungle trails that are well worth exploring. These little-traveled trails are filled with animals and guides who are willing to share about their home country and the animals that live there. Typically, the trails aren’t flooded with other guests, so it can seem like an oasis from a busy park filled with families trying to get to Pandora: The World of Avatar. Be sure to pick up a map at the entrance of the park to know exactly where each trail is and the times they are open. Exploration trails do not stay open as long as the rest of the park, so keep that in mind when planning your day. Don’t miss these 23 secrets Disney employees won’t tell you.

© Courtesy Disney
At both Epcot at Walt Disney World and Disney California Adventure at the Disneyland Resort, there are various themed food festivals throughout the year. These festivals are a great way to try new foods and drinks, unwind after a long day of waiting in lines for attractions, and enjoy the sheer beauty of the parks.

They’re definitely worth it. But before you book, make sure you know these tips for the best Walt Disney World vacation.

Learn to draw at the Animation Academy

© Courtesy Disney
At Disney California Adventure, you’ll find the Animation Academy inside the Animation Building. This sweet sanctuary is filled with quite a few activities, but the Animation Academy is perfect for adults looking to take a few moments to sit down and enjoy the air conditioning after walking around outside in the warm Anaheim sun. It’s also run by real Disney artists, who are there to teach you how to draw beloved Disney characters step-by-step. The classes run about every 30 minutes, and you can see the full schedule of characters for the day, starting right when Disney California Adventure opens for the day, just outside of the hallway that leads to the classroom. Here are more Disneyland secrets only insiders know.

© Courtesy Disney
Star Wars: Rise of the Resistance is now open at both Disney’s Hollywood Studios at Walt Disney World and Disneyland Park at the Disneyland Resort. While this ride is suitable for families, adults who love Star Wars (and even those who don’t) will appreciate this ride and the sheer amount of detail that has gone into it. You are truly immersed in a Star Wars story, and the attraction is more of an experience than a ride. You will be recruited by Rey, BB-8, Finn, Poe, and other members of the Resistance to go on a mission that eventually goes wrong and leads you to get captured by the First Order.

During the experience, cast members stay very much in character, similar to the cast members who work at the Haunted Mansion. That, along with the level of detail in the props, storytelling, and technology, is what really sets Star Wars: Rise of the Resistance apart from other attractions and why adults will love it so much. Are you a super fan? See if you know these 14 Star Wars facts everyone gets wrong.

© Courtesy Disney
Taking a tour at either Disneyland or Walt Disney World is a fun way to check out the inner workings of the parks. You’ll go behind the scenes to see how everything goes off without a hitch and how the cast members create magical moments for visitors. The “Walk in Walt’s Disneyland Footsteps” guided tour does just that—but with a twist. You’ll be taken through Disneyland Park and shown little-known secrets that Walt Disney himself intentionally put there. And at the end of the tour, you’ll have the exclusive opportunity to take a peek into Walt and Lillian Disney’s private apartment above the Main Street Fire Department. Ever wonder which park gets more visitors: Disneyland or Disney World? We have the answer!

Build your own lightsaber

© Courtesy Disney Parks
At both Disneyland and Walt Disney World’s versions of Star Wars: Galaxy’s Edge, you can build your own custom lightsaber. Even though this opportunity is open for anyone, we’ve noticed more adults carrying around these $200 beauties. The experience is one that’s worth making a reservation for, and the lightsabers themselves are more of a cosplay or collector’s piece than a kid’s toy.

Throughout the experience, you’ll be guided by a master builder inside Savi’s Workshop and taken through a ceremony with Master Yoda. Along with your newly created lightsaber, you’ll get an exclusive pin that’s only given out to those who participate in the building experience. Check out these powerful Yoda quotes to awaken your inner force.

Napa Rose at Disney’s Grand Californian Resort and Spa is as beautiful on the inside as it is on the outside. The menu is filled with savory and sweet delights, and it changes seasonally. While dining, definitely check out the wine list, which has been masterfully curated by Philippe Tosques, general manager and sommelier. In fact, according to Tosques, “each of the cast members who work in Napa Rose have received some sort of education or training in wine, and wine is taken seriously.” With words like that, you know the meal you’re about to experience is special.

As with all Disney restaurants, Napa Rose offers a great variety of plant-based options. And we could not talk about this restaurant without mentioning its crispy red lentil crêpe, which is filled with curried cabbage and spicy eggplant, topped with a Vietnamese herb salad, and set upon on a bed of edamame velvet. Seriously, yum. Did you know there’s a secret Disneyland restaurant that apparently has a 14-year waiting list?

Walt Disney World is home to its very own dining and entertainment district, Disney Springs. Here, adults will find dozens of places to eat and drink, including the Indiana Jones–themed Jock Lindsey’s Hangar Bar, Wine Bar George (which is definitely not your typical wine bar), and celebrity chef-driven restaurants like Wolfgang Puck Bar and Grill and Frontera Cocina by Rick Bayless.

For entertainment, you can enjoy live music that’s played around Disney Springs each night, take a flight on the Aerophile balloon or bowl at Splitsville. But perhaps the best part about Disney Springs is that you don’t need a ticket to get in. It’s also easily accessible from your Disney resort via bus, Minnie Van, or even sometimes a boat or a good, old-fashioned walk.

Head to the spa

Over at Disneyland a brand-new spa is opening in Spring 2020 at Disney’s Grand Californian Resort and Spa. The Tenaya Stone Spa will be a full-service spa offering a bit of pampering to guests while they’re on vacation at the Disneyland Resort. Make sure you know these 13 etiquette rules before you book your spa day.

Take a relaxing journey around the Rivers of America

© Courtesy Disney
At both Disneyland and Walt Disney World, you’ll find the Rivers of America right in the center of the park. Near New Orleans Square in Disneyland, you can hop aboard the Mark Twain Riverboat and relax as you take the journey around the river. If you’re lucky, there might even be a favorite New Orleans princess riding with you. Over at Walt Disney World, adults will love riding around on the Liberty Belle, which can be boarded in Liberty Square near the Haunted Mansion. No matter which park you’re visiting, you’ll love getting off your feet for a bit and seeing the park from a different perspective. These are the rides every Disney World visitor should go on twice.

Catch “Fantasmic!” at the end of the night

© Courtesy Disney
Disneyland and Walt Disney World’s Hollywood Studios have their own versions of the nighttime spectacular “Fantasmic!” At Disneyland, you’ll want to show up to the viewing area around the Rivers of America as early as possible to get a good spot, but at Hollywood Studios, you’ll get a decent seat at the theater if you get there about 45 minutes early. So, what is this show all about? It follows Mickey through his dreams, which are filled with a cast of classic Disney characters, and is about how good always conquers evil. It’s great for adults who want to rest their feet for a little while after a long day, and hey, who doesn’t love a show starring the one and only Mickey Mouse? Before your day ends, you’ll want to nab a few of these things you can get for free in Disney World.

Every good spaceport needs a cantina, and at Star Wars: Galaxy’s Edge, Oga’s Cantina is the place to go for a strong drink, great entertainment, and lively banter with all types of people. Reservations for larger groups are recommended at Oga’s Cantina in both Disneyland and Disney’s Hollywood Studios, and most of the bar is standing room only. Oga has some rules you must follow, but the two big ones are that you’ll be limited to two drinks and have only about 45 minutes to hang out. Make sure to order the Fuzzy Tauntaun, which has a foam on top that will make your mouth go numb, or the Outer Rim, which is a Star Wars version of a margarita. Here are 25 mind-blowing behind-the-scenes Star Wars facts every fan should know.

Get the full Epcot experience

Inside the Odyssey Pavilion at Epcot, adults are in for a real treat. The pavilion is home to a 360-degree theater that has a model of Epcot in the middle, where you can see a short film by Walt Disney Imagineering about the reimagination of the park. “The Epcot Experience” is fully immersive and shows off what’s coming to the park, including Remy’s Ratatouille Adventure in the France pavilion, a Mary Poppins attraction in the United Kingdom pavilion, a new fireworks show, and more. Inside the pavilion, there are also photo opportunities and props from various Disney movies on display.

While you’re in Orlando, you might as well experience more magic by adding a trip to Universal Studios. Before you go, though, read up on these 18 secret spots in the Wizarding World of Harry Potter.

WATCH: Ways to save money at Disney parks like a pro (provided by Travel + Leisure)