Home » Travel » 1,200 islands as well as style and history, all hail Croatia comforts

With 1,200 islands as well as style, history and peace… all hail the Croatia comforts

Holidays to Yugoslavia were something of an oddity in the communist era. Marshal Tito, the country’s ruler, ran a different communist model from the Soviet-style regime fashioned under Stalin.

And it’s pretty clear that the Soviet government wasn’t thrilled by Yugoslavia’s show of independence.

Like Stalin, Tito was no fan of human rights. He did, however, support the concept of a market-based economy, which meant life was generally better for residents and tourists. 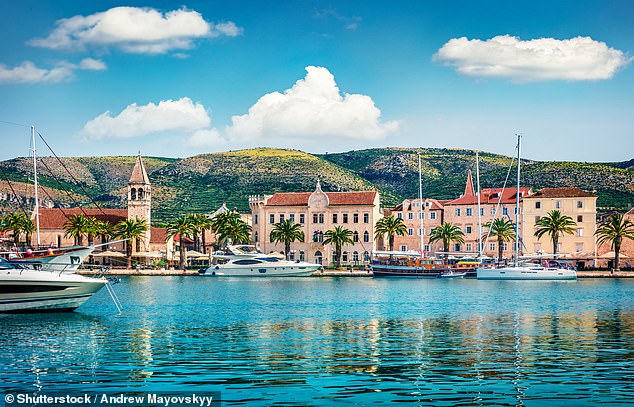 Classic charm: The beautiful waterfront at the Venetian-influenced Trogir, set on a small island between the Croatian mainland and the island of Ciovo

Anybody who visited the likes of East Germany or Romania before the Iron Curtain fell would hardly have contemplated them as a potential holiday destination. Yugoslavia, however, had a devoted following with large numbers from the UK flocking to Dubrovnik and Split.

No sooner had Yugoslavia dispensed with communism than the region was plunged into a bitter civil war which destroyed tourism for a decade. As a result, it wasn’t until well into the 21st Century that Croatia emerged as a major new destination.

Dubrovnik and Split were obvious stars but it quickly became apparent there was more to Croatia than most realised. For a start, it has more than 1,200 miles of coastline and 1,200 islands. Most of the islands are just blobs of rock in the Adriatic, but of the 50 that are inhabited, several are destinations in their own right. Hvar is a perfect example.

What they all have in common is that they have come to the package- holiday party very late. For many of the islands it’s not just that the Tito regime didn’t develop them as holiday places, visitors were actually banned: Tito feared a seaborne invasion (from the West and probably the East, too) so there were elaborate early-warning stations and other defensive structures intended to protect Yugoslavia.

Even today, on many of the smaller, uninhabited islands, visitors are not allowed to stay overnight (for environmental rather than defence reasons).

So while other Mediterranean islands from Majorca to Cyprus were throwing up tower-block hotels and ploughing up vast swathes of countryside to build airports, Croatia’s islands escaped the worst excesses of modern tourism.

This nation’s charm resides in its natural, unsophisticated but thoroughly stylish ambience.

If you’re looking for an autumn break, the weather in Croatia tends to remain warm and sunny until at least the end of October.

Many of the island towns are perfect gems. Places such as Sibenik, which is an architectural treasure trove. Pride of place goes to the Cathedral of St James, built in stone between 1431 and 1536. 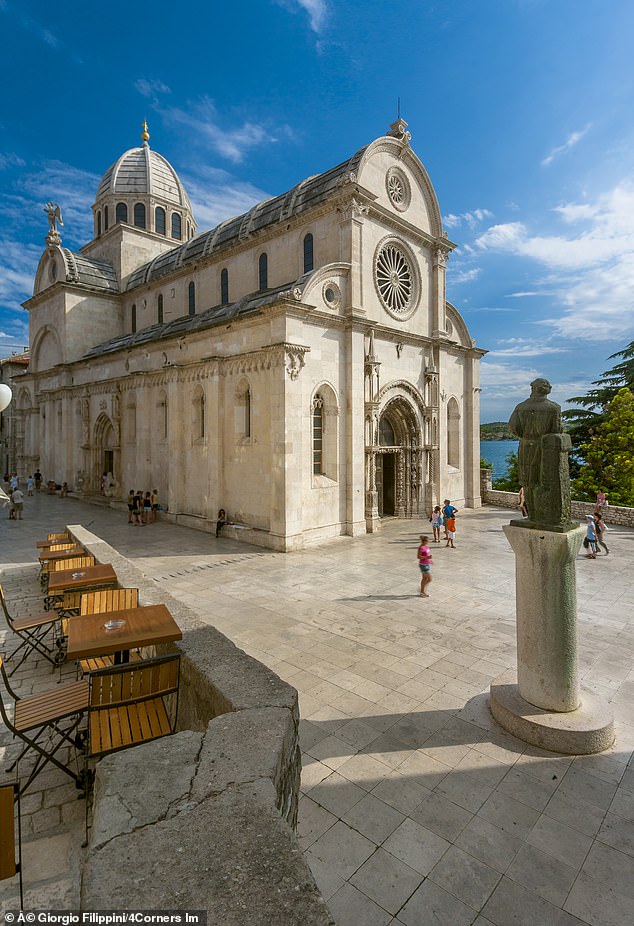 Holy treasure: The Cathedral of St James, which was built between 1431 and 1536 and takes pride of place in Sibenik

Sibenik, like the Swedish capital Stockholm, is built over an archipelago. The city is an intriguing maze of narrow alleys and squares with a host of fascinating small shops and fine places to eat.

Rovinj nestles in an arm of the Adriatic where Croatia meets Italy. It has the look of a mini-Venice with narrow streets of sunburnt buildings dominated by the campanile of the Church of St Euphemia.

Another delight is Trogir, set on a small island between the Croatian mainland and the island of Ciovo.

Founded by the Greeks, it was later influenced by the Romans and Venetians.

It is a wonderful mixture of churches, palaces, towers and fortifications. Its Romanesque-Gothic quarter is one of the best-preserved in all of Central Europe. 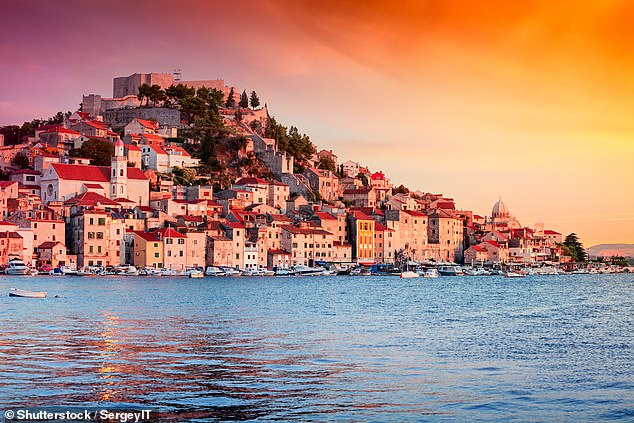 Sibenik, pictured, is built over an archipelago. The city is an intriguing maze of narrow alleys and squares with a host of fascinating small shops and fine restaurants

One of my favourite places is the former fishing village of Novigrad: the perfect away-from-it-all place to enjoy peace and quiet. If you’re looking for a busier environment then head for Dubrovnik, the famous walled city that found itself on the front line of the civil war in 1991.

Like Venice, you have to see Dub-rovnik to understand its attraction. The churches, palaces and ramparts are remarkable, with style and history combining in perfect harmony.

There are lots of bigger resorts that offer a base for a beachy holiday. It is hard, however, to resist the attractions of Split.

The town offers a pedestrianised waterfront and smart ambience.

The stunning palace of the Emperor Diocletian is in the centre, where you can shop in an underground palace complex or sip cocktails within arm’s reach of ancient columns. Perfect.

When does hotel quarantine start in UK?