The Kentmere Horseshoe sits just inside the Lake District national park and it is not for the faint-hearted – the hills are steep but the vistas are more than worth it. Away from the tourist traps, it can give you an enormous sense of serenity. Fell ponies can wander by and on some days you might not see a soul. The route includes numerous summits and the views into the valleys are hard to beat. The Kentmere Valley houses a reservoir, slate mines and the ruins of ancient iron age settlements, so there’s always something of interest to see. A great adventure.
Christina Loveridge

Open spaces in the city, Cambridge 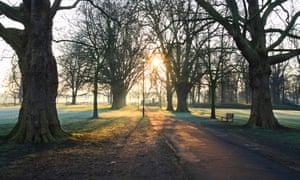 My feet are hitting the tarmac, I’m breathing hard and my legs are burning. As I turn a corner, the rising sun shines a thin sliver of light down Midsummer Common. I jog through Jesus Green, pass some of the city’s many cafes and turn on to Parker’s Piece. Particularly during lockdown, I’ve found running early is the best way to start your day. Cambridge is normally a bustling city, but in the morning you’re running through peaceful streets, the leaves that fell during the night untouched. There’s nothing more satisfying than that; you start your day feeling fresh and accomplished!
Dr Pengnye Lee

Up the Chimney, North York Moors 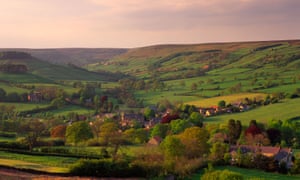 Recommending a route that includes the joint steepest public road in England (shared with Hardknott Pass, Cumbria) makes me sound like some ultra-athlete or a complete sadist, but for me the loop around the Rosedale Chimney Bank is the best run ever. The route goes over a former railway line and takes in the ruins of roasting kilns from the 1800s, quaint workers’ cottages and wonderful sweeping views of Rosedale Abbey. There’s a miners’ memorial bench with an inscription reading: “Work shift over, in the sun, on the hill, having fun.” Sometimes I wholeheartedly agree.
Ruth

Readers’ tips: send a tip for a chance to win a £200 voucher for a Canopy & Stars stay

Every week we ask our readers for recommendations from their travels. A selection of tips will be featured online and may appear in print. To enter the latest competition visit the readers’ tips homepage 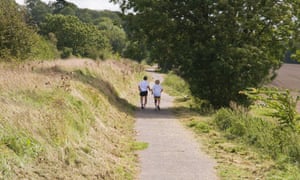 My escape from everything is to run the Colliers Way between Great Elm and Radstock in Somerset. A 10-mile out-and-back stretch that barely has a flat section, it starts with a steep climb to the level of a disused mining railway that gets the lungs pumping and pulling in some of the air from the wide-open spaces either side. Downhill sections that pass under roads and disused railway bridges break up the scenery. Some sections are covered by overhanging trees, making you feel as if you have entered a different place entirely– and on a warm day, the shade gives some brief respite.
Keiron Gleeson

From crabs to ghosts, Devon 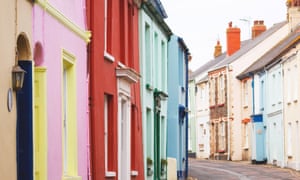 The route from Westward Ho! to Appledore starts as a beach run with added country lanes, then takes you through the colourful old fishermen’s cottages of Appledore and past crowds crabbing along the harbour. Then comes the lumpy 2km hill to Northam, dropping back down to the Burrows country park. You can add the promenade at Westward Ho! and include some of the coastal path (beyond the “haunted house”) for some extra off-road kilometres. Best of all, once finished you can relax in the outdoor saltwater pool if the tide is out, to cool your aching muscles.
Darren Atkinson 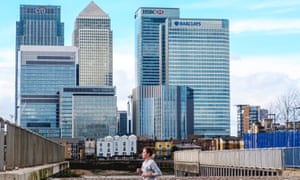 My favourite run is a 10k from Woolwich Ferry to the O2 Arena and back. The route is quiet, and you will run past the historic and old industrial parts of London along a mostly empty Thames Path, past the Thames Barrier to the recently redeveloped Greenwich peninsula, with fantastic views of the Isle of Dogs. With the Thames permanently by your side, the route is entirely flat as you run around the imposing O2 and back towards Woolwich.
Daniel Fisher

In the footsteps of giants, Co Antrim 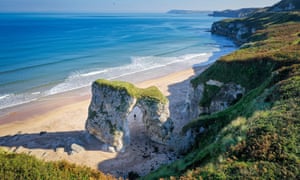 Any route on the Derry/Antrim coast is great, but I like to get the Causeway Coaster Bus from Portrush to the Carrick-a-Rede Rope Bridge linking the mainland with the island of Carrickarede (where there are nice clean toilets, a must for any runner). From there you can run the coast path back which includes some of the most stunning scenery in the world. It takes in Ballintoy Harbour, Whitepark Bay, Dunseverick Castle, Giant’s Causeway, Portballintrae, Dunluce Castle and finally Portrush East Strand all with views over Rathlin Island and to Scotland. The path is generally well marked, though bits of Whitepark Bay can involve some scrambling over rocks at high tide.
Piers Buntan

A feast for the eyes, Aberdeen 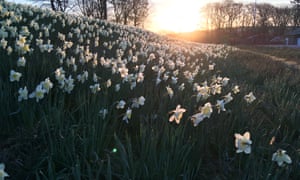 When I lived in Aberdeen, I used to run along an abandoned railway line, cut through a quiet neighbourhood, then run along the River Dee and through a park known locally for its flower displays. I was usually out the door no later than 6am, and watching the sunrise change throughout the year was an absolute joy. Sometimes the sun would already be up by the time I left the house; other times it would just be hitting the river as I passed, illuminating a family of seals that lived near the river mouth. It was glorious. I moved to a town just outside of London last week, and am missing my Aberdeen route terribly.
Lucy 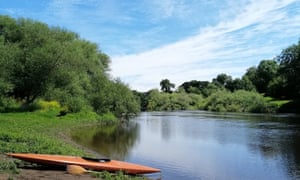 The Severn Way is a peaceful haven meandering its way around the town. The run includes various terrains, mainly grass, woodland and pavements – mainly flat, with nothing too strenuous. Catch your breath on one of the river beaches to see kingfishers, herons and dragonflies, and refuel at the Weir Cafe in Castlefields. Recently, on the section between Monkmoor, I ran through a flurry of thousands of painted lady butterflies.
Pippa Lobban

Ice-cream and a dip, Swansea 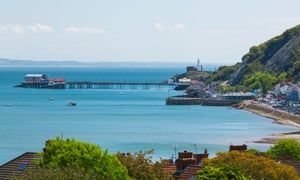 I can’t think of a better place to run than the coast path from Swansea Marina to Caswell Bay. It’s flat between Swansea and Mumbles, where you can reward yourself with the famous Joe’s ice-cream or push on around the hillier stretch of path to Langland or Caswell Bay and finish with a glorious sea swim. On the way you’ll pass Swansea Bay and Mumbles Lighthouse – and, if you are lucky, spot a seal or two.
Rachel

The world's most remote bars, from Scotland to the Pacific

A Reopened Las Vegas Amid COVID-19 Looks Like This