Home » Transport » What next for Emirates airline's fleet of A380s? 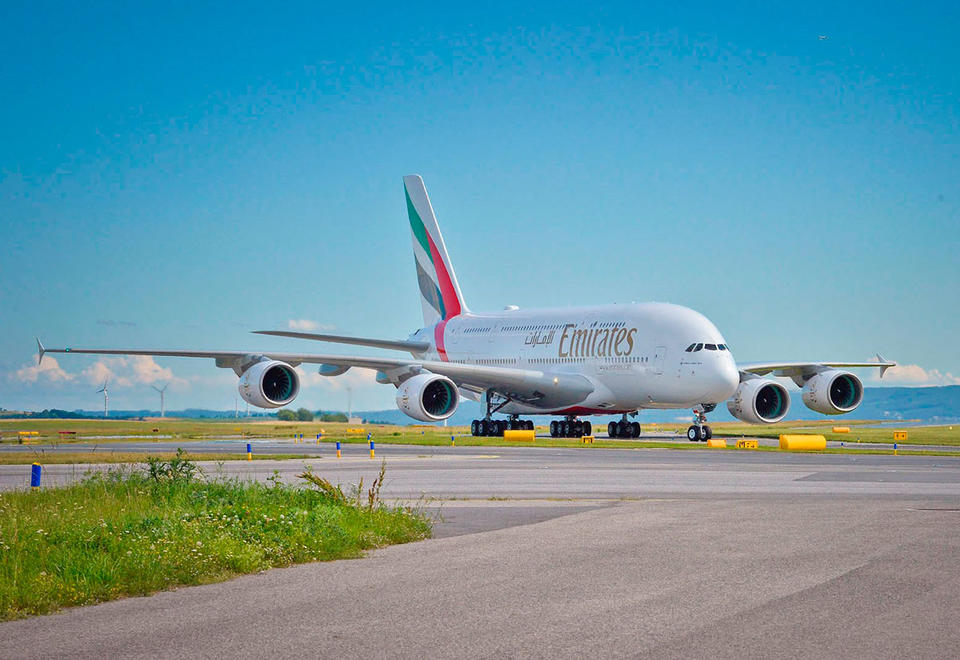 A year ago Emirates thought it had resolved its A380 problem by cutting back its final batch on order. Now the coronavirus has presented the Dubai-based carrier with a fresh headache around the superjumbo.

With travel demand set to be subdued for years to come, the mammoth jet built by Airbus risks becoming a white elephant in a world where reduced demand for long-haul flights favours more modestly sized wide-bodies.

Emirates will respond by retiring a chunk of its A380 fleet, people with knowledge of the plan have said. But with the Gulf airline alone in building its business around a double-decker model that won precious few orders elsewhere, options for offloading the planes are limited.

Emirates has a fleet of 115 A380s and eight more due for delivery through 2021, of which it’s looking to cancel five in discussions with the manufacturer, people with knowledge of the situation have said.

The carrier has already restructured the contract once, reducing a follow-on order by 39 aircraft in February last year as Airbus moved to wind up the program amid a dearth of other buyers. That deal saw Emirates top up on other Airbus jets, but in the current climate that’s not an attractive option.

With production of the last A380s well advanced – the final set of wings was shipped from the UK to the superjumbo assembly line in Toulouse, France, three months ago – failure to take delivery would trigger penalties of up to 257 million dirhams ($70 million) per plane. Airbus is instead offering to defer deliveries or payments, according to the people.

Emirates President Tim Clark said in September that the company had begun standing down older A380s and that the fleet size might fall to 90 by the mid-2020s, implying that about 30 might go. Bloomberg has reported that closer to 65 aircraft could be retired in relatively short order.

An even more radical approach would be to retain only 30 or so A380s powered by Rolls-Royce Holdings Plc engines, all less than 3 1/2 years old, and withdraw the 90 with turbines from a General Electric Co.-Pratt & Whitney alliance, the oldest of which have been in service for a decade.

Emirates leases 59 of its A380s, which Clark has indicated may be returned as operating terms expire, but owns 56. The catch is that unlike almost every other passenger plane, the A380 has won no second-hand market as carriers baulk at its 450 seat-plus capacity and thirsty four-engine design.

Finding a buyer would therefore be tough to say the least, especially since other A380 operators have already begun to retire their jets in response to the virus. Air France-KLM on Wednesday announced the “definitive end” of operations with its nine planes that had been due to exit by the end of 2022.

It’s not uncommon for older jets to find a new life carrying cargo. The A380, though, is uniquely unsuited to the role, with its two-deck layout providing only very limited belly space and making conversion into a specialist freighter difficult and costly. Moreover, Boeing Co. already offers a cargo version of its 747-8 plane that’s proved a bigger hit than the passenger variant, aided by a door in the nose to accommodate out-sized items.

An A380 freighter could still happen, Jefferies International analyst Sandy Morris says, but a conversion programme would need to be competitive with the Boeing 777 conversion launched last year by Israel Aerospace Industries following an order from GE’s leasing arm.

Emirates could use surplus A380s as specialist transports for the week-long Hajj pilgrimage and year-round long Umrah, which draw millions of Muslims to Saudi Arabia.

Malaysia Airlines is the only superjumbo operator to enter the market so far after failing to find a buyer for its six planes. The A380s are operated by the company’s Amal unit, which is seeking to grab a slice of the Indonesia pilgrimage market and also targeting China’s Islamic population.

Refurbishment costs can be high, with bars and other fittings to be removed and higher density seating installed. Retrofitting an A380 would cost as much as $17 million, according to Gary Weissel of Tronos Aviation Consulting.

The so-called parting out of older planes to harvest components can be a profitable business. The hitch for Emirates is that since it’s the only major user of the A380, third-party buyers of spares will be few and far between.

Clark, who is due to retire next month, said last year that the first of Emirates’ directly owned A380s to be retired would be used to source spares for operational planes, a case of cannibalising its own fleet.

With its options limited, Emirates might just adopt a wait-and-see approach until the long-term impact of the Covid-19 pandemic becomes clearer. Morris said the A380 may have no role for six months or more, “but that doesn’t mean it’s completely the wrong aircraft looking 12 months down the line.”

Costs would be limited to occasional maintenance and parking fees.

Airbus CEO Guillaume Faury, though, has said wide-body demand may not revive until 2023 or 2025. If that’s the case, the A380 era may already be in its twilight years.